So what are the must own PS4 exclusive games?

With my recent I don’t need no console, oh hey Red Dead Redemption 2 is pretty much GOTY and must be played NOW oh and it still has no news on a PC release, I ordered a PS4 Pro bundle.

So what are let’s say the top 10 exclusive PS4 games I should get for it? I am sure I’ll find great deals over the holidays on a few these older releases.

Right just from surfing the web my list looks like this, should anything me taken off? Or did I miss a game that should be added?

That about covers it, I think.

That’s a solid list. Infamous and Tearaway don’t get as much love as some of the others though. Let me also throw Persona 5, Resogun, and Ratchet & Clank at you.

Things you can’t play on PC that are either RPG, Strategy, or will meet with your twitch skills halfway at worst and easily at best… Persona 5 Uncharted Collection/Uncharted 4 The Last of Us Remastered Spider-Man Horizon: Zero Dawn Shadow of the Colossus The Last Guardian Also, if that’s the 500 million edition, that thing is worth a mint. It’s a hell of a gift! Is it this one…?

Most of the suggestions from the 10 or so posts here you’ve covered.

I would add the whole Uncharted series to the list.

I saw these other 3 mentioned also , but with mixed consensus.

I would add the whole Uncharted series to the list.

I’d skip Detroit (unless you’re a big David Cage fan for some reason), but maybe consider Until Dawn.

You basically got it covered. Ratchet & Clank on PS4 is a good outing. Also Shadow of the Colossus/Last Guardian may be of interest. Resogun is a really good little shmup/defender clone too.

I’ll add that Astro Bot is right up there too but that PSVR and you probably aren’t going to get that, but it’s as good as any Nintendo Platformer and I just want to give it props any chance I can.

First time I saw anyone mention Until Dawn, is it more of a interactive movie game? 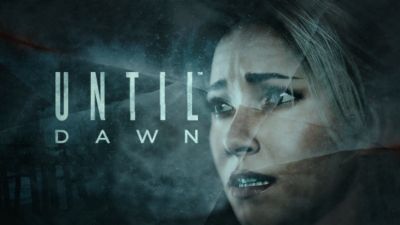 Get Until Dawn™, Action, Puzzle game for PS3 console from the official PlayStation® website. Know more about Until Dawn™ Game.

What were those games Tom liked that had little dudes going to war, it was like a side scroller RTS. I forget the name. There were like 3 games in the series, maybe more.

It was in color, but the soldiers were black and white I think.

Patapon? The only thread I am preventing from showing up, because of the horrible sounds its title evokes already.

Yeah that was it, there were a few of them! Patapon! 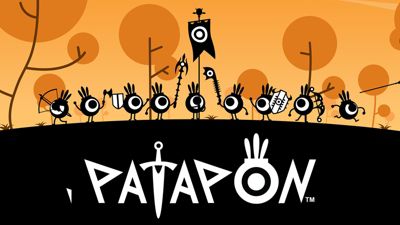 More or less. Like Forgeforsaken says, it’s similar in approach to David Cage’s games, but Cage games tend to be kind of unsubtle and poorly thought through and Detroit is no exception (I have been watching a Let’s Play), whereas Until Dawn is a loving homage to horror movies full of dumb teenagers and is really quite smart in its handling of same.

Infamous may not raise to the level of “Must Own” for most, but I really enjoyed Second Son.
Grab The Order 1886 is you want to see what is still some of the best real time graphics on any platform.
Dragon Quest XI is a hell of a thing if you are interested in JRPGs. Persona 5 as well, as previously mentioned.

This one for sure.

Remember the “PS4 exclusive” stipulation. DQXI isn’t. (Technically neither is Persona 5 but if you actually own a PS4 there’s no reason to get the PS3 version that I can think of, whereas DQXI is available - and phenomenal - on PC.)

Correct, I have a plentiful collection of PC games, and just about every Xbox game comes to PC eventually, so only PS4 exclusives. :D

If you like sports games, MLB The Show has been the best baseball game on any platform for a long time and it’s an exclusive.

@marquac this is the thread your wallet does not need!