It is about time for GameStop to end! California and Pennsylvania officials are shuttering Gamestops statewide in both cases and suspending Gamestop's operating license for the time being.

GameStop to Permanently Close Over 300 Stores

GameStop has announced that it will be closing over 300 stores this year as part of its ongoing [...]

GameStop has announced that it will be closing over 300 stores this year as part of its ongoing effort to “de-densify.”

According to GameStop, it closed 321 stores last fiscal year, bringing its store count to 5,500 locations. That said, according to the company’s CEO, George Sherman, there are plans to meet or possibly exceed this number during this fiscal year

Elsewhere during the earnings call, the retailer revealed that despite coronavirus disrupting commerce across the world and forcing all GameStop stores in the United States to close, there was actually a 2% increase in store sales in March when compared to March 2019. This is likely due to the fact that both DOOM Eternal and Animal Crossing: New Horizon s dropped this month.

That said, while GameStop ended the fiscal year on a somewhat decent note, the year as a whole was a rough one for the retailer. For the final fiscal quarter, GameStop posted a net income of $21 million. However, for the full fiscal year, revenue was down 22% to $6.47 billion, which translated to a net loss of $470.9 million.

5,500 still seems like a crazy amount. It’s 10 times as many as GAME has in the UK and Spain combined, and that’s still too many for GAME.

They are overstored. There’s no doubt about that. That said, with new consoles still apparently arriving this fall, I think they’ll see a big uptick.

One thing people overlook about the game industry in 2020 is that PS4 and Xbox One have really overstayed their welcome. They’re going to be seven years old this fall. That’s just too long for a console generation. Five years is about right.

How far are people willing to travel to go to a GameStop? I have trouble imagining someone driving 45 minutes for one other than maybe a console release. But maybe they would, in which case lower density could increase revenue per store.

I think the bigger question is how much longer are people going to be willing to travel to buy games at all.

The one in Sault St Marie Michigan is dead. That was the only one within like 800 km of me, and I used to stop there whenever we’d do cross-border shopping. Gonna miss it. 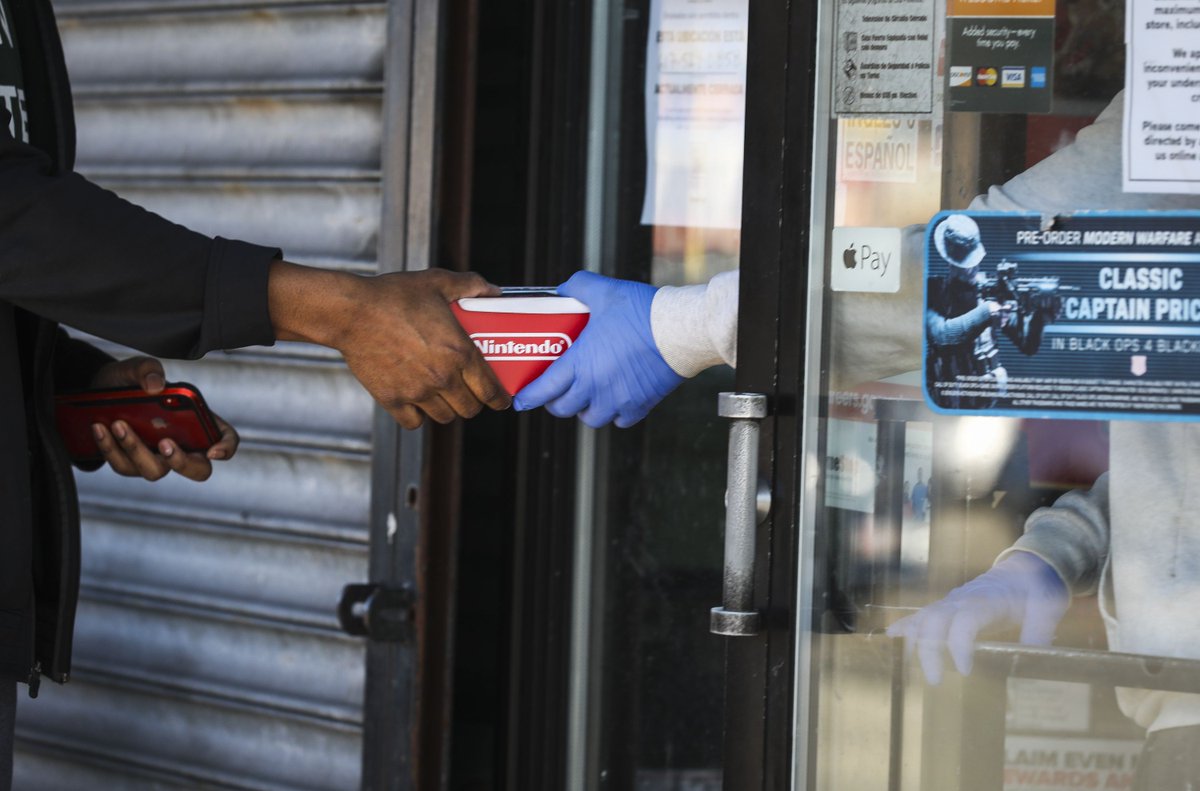 Can you say “fire sale”?

So when Target has that same sale a couple three times a year you think they’re going out of business too?

I mean, target isn’t circling the drain by every objective measure so

Target isn’t Gamestop, and you damn well know that. I don’t think I have to explain the difference between a loss leader and core business, but you do you.

Thanks for the heads up. I hardly ever shop at Gamestop but this sale got me new copies of Control and Walking Dead Definitive Edition for Xbox One, and God Eater 3 for the Switch, for $60 (or any one of them free since they’re each $30).

Perhaps, but when Target and Best Buy have had these sales in the past (pre-Switch and post-Switch IIRC), 1st party Nintendo was not excluded. Makes me suspect that it’s not contractual restrictions as much as bad margins or supply constraints by Nintendo.

Could also be that GameStop has different contractual obligations than Target or Best Buy.

Perhaps, but when Target and Best Buy have had these sales in the past (pre-Switch and post-Switch IIRC), 1st party Nintendo was not excluded. Makes me suspect that it’s not contractual restrictions as much as bad margins or supply constraints by Nintendo.

I’m not sure if that is true. My recollection was the last Target one excluded 1st party Nintendo, but I could be wrong. But as Adam B noted, it could also be differences in agreements between the parties.