It’s not like a regular person who can make up a fake name or use a new email or whatever. He’s literally broadcasting his existence. They’re going to catch him.

Does the EULA say he as a person is banned, or is his account is banned?

Edit - “The nature of the ban means Mr Kaye is not simply able to create a new Fortnite account, as it encompasses his network connection and the hardware upon which he plays.”

Sounds like bullshit to me. I would absolutely get a new “network connection and hardware” (and new account) and dare them to ban me again.

Probably a person since EULAs are generally treated like a contract. He breached the contract.
His account exists only to facilitate him using the service.

The section on cheating is the same as the section on selling illegal copies of the game or reverse engineer it. He is in breach of contract on a service they provide.

Companies view cheating as an attack on their services, which is accurate. Lots of games die because companies don’t deal with the cheaters. So by cheating he attempts to devalue their product.

Sounds like bullshit to me. I would absolutely get a new “network connection and hardware” (and new account) and dare them to ban me again.

And they would. So… have fun with that?

Taking the position that cheating in a multiplayer game isn’t a big deal is an interesting hill to die on, but go for it. You wont find many sympathetic players since nearly everyone who plays a multiplayer game, especially a competitive one wants cheaters banned forever. When companies ignore the problem they leave the game and trash said company’s reputation. Rightfully, imo.

Edit: And for apples to apples, cheating nearly killed PubG. Hell, it might have killed it, not many people play the game anymore. If Fortnite lets cheaters cheat… well Apex will enjoy the increase to their playerbase and the money I’m sure.

Personally if I’m playing a game and cheating happens, I’m probably done with that game forever. I might come back months later if people say they fixed it, but probably not. That’s lost revenue. I’m not alone.

Gaming the game: Popular video games can be vulnerable to hackers

While video game cheating may seem harmless, it's not. It can ruin the gaming experience, cut into profits and turn consumers off.

A recent survey by security company Irdeto found that 60% of online games were negatively impacted by cheaters and 77% of players said they will stop playing if they think competitors are cheating.

Losing 3/4th of you playerbase is death for your game, probably your company and you’ll likely be unemployed soon. Or you know, you could just let them do it, who cares, right?

I would absolutely get a new “network connection and hardware” (and new account) and dare them to ban me again.

Dare them? You’ve seen these EULAs right? You have no rights. You have no recourse. All you can do is beg them and try and prove you shouldn’t be banned. I mean what are you going to do, take them to court. I mean that’s what your dare will get you, a day in court spending a lot of money to do it too.

I suppose if you made millions streaming it might, might, be worth it, but you’d probably want to have legal grounds to stand on other than you know I made a lot of money, I cheated, and now I have to do something else.

In this case, there is no doubt. He definitely cheated, not only did he admit to it…he streamed it.

I’m still baffled over that there are people here defending cheaters.

I don’t even care about it in the slightest, but I’m kind of shocked that I haven’t seen any discussion about the fact that Faze is basically an esports organization. They have sponsored teams in multiple competitive games and that’s also a huge part of the problem here.

This kid might just be a streamer for them (don’t actually know, don’t really care), but a cheating scandal tarnishes their brand. Which makes what he did doubly stupid.

Cheating is not only a violation of Twitch ToS, and the game itself, but also not ok for such organizations as the one he was sponsored by.

There is no universe where him being banned is remotely surprising or unexpected. It is unfortunate that he is obviously young and didn’t consider the consequences, but they are obvious and expected and completely avoidable.

I’m baffled that people don’t seem to understand how an IP ban works.

Looks like someone never got IP banned from 4chan and had to change their IP!

IP bans don’t work. I would be disappointed if our gaming companies, in tech, are using those.

I do. Rebooting my router usually gets me a new IP address as they are dynamic and assigned, not fixed. 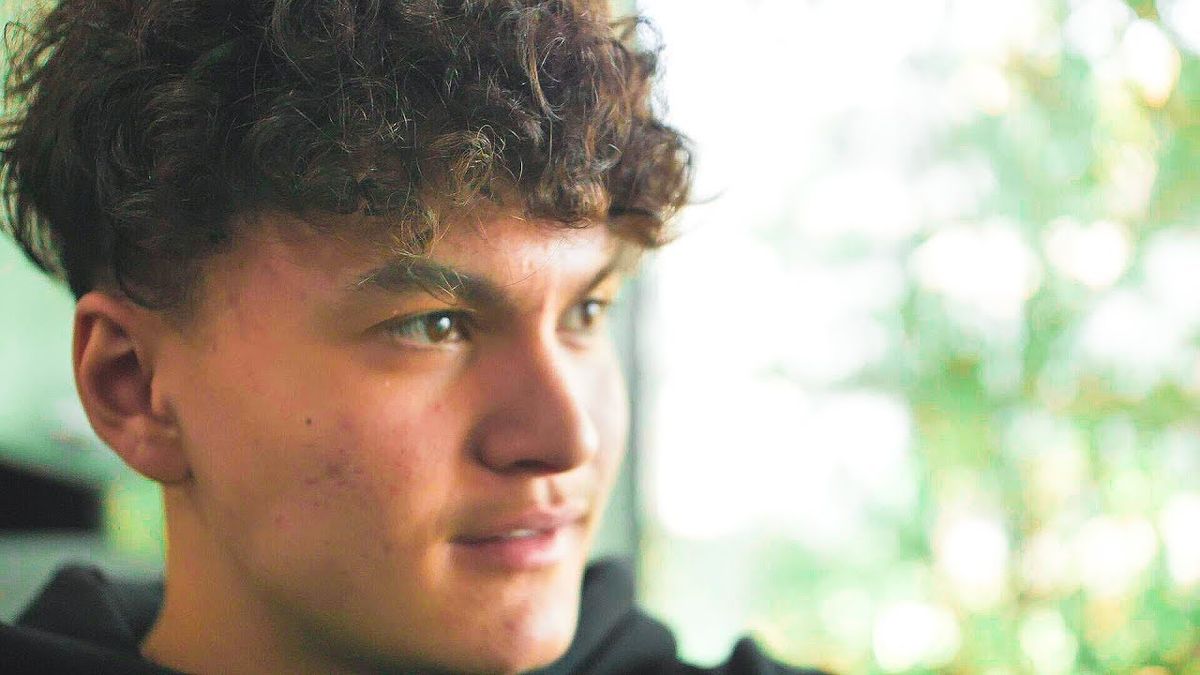 Streamers have a unique relationship with game makers, and that should be reflected in some situations.

The Twitter post for it was better because you got to see nearly everyone on Earth drag them for it.

Edit: Holy shit they deleted the original Tweet and reposted it to remove all the negative responses.

@pcgamer Did you remove the article earlier and reposted it so the negative comments about how bad it is disappear? Smooth work over there in PC Gamer, once a respected gaming news magazine now just a click bait.

That depends on your ISP. In the past it was very common to have static IP addresses for residential users, probably less so these days due to the shortage of available ipv4 addresses.

Most companies that run multiplayer where cheating might be an issue use some sort of hardware scan at this point as far as I know. So they’re banning the hardware not the IP.

This is basically the “affluenza” argument. He should be included in a special class of offenders because of who he is.

Begun, the hiring-video-game-streamers-for-lots-of-money-to-play-on-your-game-streaming-service wars have. 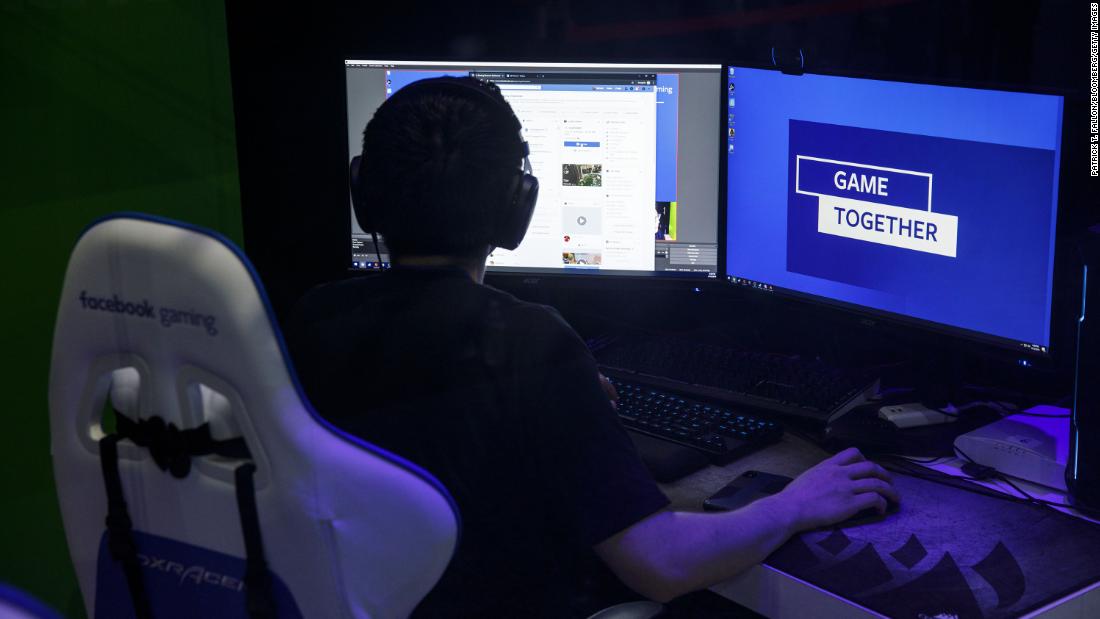 Facebook just nabbed a major player for its gaming platform as it continues to ramp up efforts to compete in the video game streaming wars.

FB has big numbers, but they arent game streamers mainly old people and non-Westerners. The game streaming platform is horrible too apparently from a viewer POV. Zuckerberg being a Nazi enabler isnt good for the Western market either. That comes up alot.

Zuckerberg is the enemy and should be treated as such tbh. Especially decisions around watching video games with alot of choice in the market.

A streamer I’ve followed for a long time took a Facebook deal.
He wasn’t like a massive personality or anything, so I know he’s doing it to make ends meet and pay for his kid, but… it just kills the stream. He’s still on Twitch but then he’s like “okay now it’s time to go to Facebook to play some mobile game”. So I get less of a stream.

If someone was exclusively on Facebook I’d never watch them because it’s a horrible experience. No memes, no emotes really, no joking around and everyone is posting under their real name that you can then click on and look at the feeds of. It’s creepy if anything. Plus fuck Facebook.

The gaming content creator will develop a narrative scripted series based on his popular alter ego character.

The new deal, brokered by Skybound and Beahm’s agency, CAA, is the first of its kind for a Twitch personality.