I’m tempted (ok now its boughtened) to fill out DLC for Everspace (oops already had these) and BSG (is it sad that I am most excited that this includes the radio chatter voice pack?) - both of which I thought were ok but I’ve barely sunk more than an hour in each. I heard Gemini Warlords is grindy but I have been hoping/looking for some capital ship Freelancer-alike (basically since Rebel Galaxy). Not sure about any of the rest though…

The ones I only know a little from trailer browsing: Defy Gravity is some kind of platformer, Deep Space Battle Sim is a multiplayer spaceship sim with multiple roles/stations (but has at least some basic bots?), Godlike Burger is … cooking? and Per Aspera is a Mars colony sim?

Brave the expanse of space in games like Battlestar Galactica: Deadlock + all Season 1 DLC, EVERSPACE, Starpoint Gemini Warlords, and more.

BSG Deadlock is absolutely incredible, and worth the price of admission alone. Per Aspera sounded pretty interesting on 3MA, but I haven’t played yet.

Seriously, I’d be all over that bundle if I didn’t already own three of the games. I still don’t have:

Would you say it’s worth spending the significant time & modest money playing those or am I better off picking up Everspace 2 when it’s on a good sale? (currently 25% off at $29.99, but I’m usually a 50% or bust kinda guy)

Everspace 2 won’t be ready for a while and Everspace 1 is still a blast to play. Deep Space Battle Simulator is also a ton of fun. I’ve not played the others I think.

Star Valor out of early access and not a peep? I know nothing about it really, which is why I came here to look!

I played Star Valor and keep in mind I am not the best player but I am at a point where I am stuck. I started as a miner and finally get a Corvette model so I can mine in style and more cargo space, but when I move around to new sectors I am overwhelmed by the enemies. The asteroid fields in the lower level sectors run out so grinding doesn’t seem to be an option.

I decided to hire a mercenary but the pilot died quicker than me! I stink at hitting the enemies especially with the gun spread a bit too wide for the smaller ships that swarm me. I may give up on the game as now it is getting a bit frustrating.

Edit:
Reading through Steam Forums seems that Asteroid field will respawn after they empty. I will have to get back to a lower sector to see if it is true.

Star Valor has been described as like an arcady version of Starsector. If that is true how twitchy, actions per secondy is this game? I think @Galdred has put some time into it.

I am playing as a miner so most of my skills were oriented that way so not sure how much combat skills would help. Ship customization also plays a part as how quick can you turn etc.

When you get to higher level sectors definitely feels more arcade like to me. I have a hard time hitting the enemies who often will have 2 or 3 ships on you. Appartenly you can have crew members shoot turrets which might help but I am not sure how to set that up (might not work on smaller ships). I added crew but can’t determine how to place one on a weapon. Maybe some weapons need to be a certain type or in a certain hard point.

I use two weapon out of 5 for mining lasers which can attack enemies to a degree but they eat up energy. Drones are the biggest problem. I bought Point Defense but they do not work automatically that I can tell and they are hard to hit.

How good are the controller controls in Starvalor? It looks like it was designed for the mouse, which I usually don’t have any fun with.

You can use keyboard to steer or mouse to steer. Sometimes the games switches it on me from key to mouse. I must be pushing a key that does that. I prefer using keys to steer.

Have not tried gamepad as I stink with them. 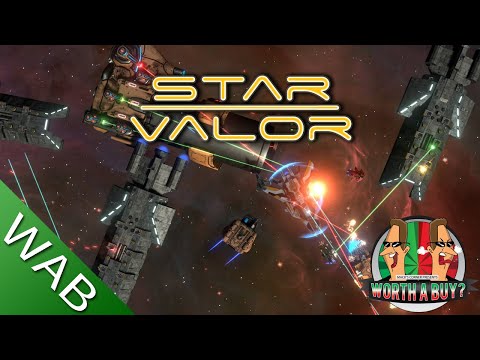 And Brian previewed it when it was in EA 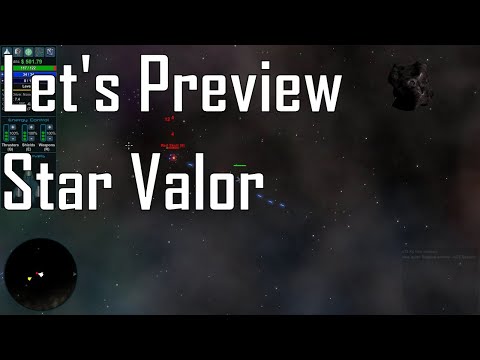 Star Valor has been described as like an arcady version of Starsector. If that is true how twitchy, actions per secondy is this game? I think @Galdred has put some time into it.

I played a long time ago, but I found it very hard to catch up when falling behind the XP/money curve when I played, after emptying early sectors from opponents.
I ended up restarting to spend my money better.
Regarding the twitch factor, It’s more about aiming in the right direction that quickness. One thing I liked was that combat was seamless (no separate combat map, like in Starsector).

Thanks @Galdred have you played Drox Operative 2? If so would you recommend one over the other? They seem quite similar from what I can see.

They’re not similar, really. Star Valor is a more straightforward adventure trading game while Drox is an ARPG in which you’re playing inside of a 4X that the AI is playing around you.

Thanks @BrianRubin while I liked the idea of Drox Operative 1, my dogfighting ‘skills’ were crap and I could not hit jackshit. Star Valor maybe is a bit easier when it comes to combat?

Where would you put SV on a continuum of 'BIYF" and buy it it’s fun?

You weren’t using manual weapons in DO we’re you? I can’t hit a barn with those. Gotta get weapons that lock on and you’ll do a lot better.

Probably. I managed to progress but not due to my fighting prowess. Guess I’m more of a lover than a fighter