You weren’t using manual weapons in DO we’re you? I can’t hit a barn with those. Gotta get weapons that lock on and you’ll do a lot better.

Probably. I managed to progress but not due to my fighting prowess. Guess I’m more of a lover than a fighter

I would put SV into the BIYF category. I only played it during EA but had a lot of fun with it.

SOLD. That didn’t take much. Thank you

I would put SV into the BIYF category.

meaning - "boobs in your face"; an expression used to wish good luck, congratulations, to wish good things upon a person, or a general positive greeting

So, a BIYF is like a double positive buy rating.

Spent around 4 hours in the game last night with a gamepad. It works fine for flying and fighting. But, you have to use mouse for menus and inventory.

I found it okay, if far from the best gamepad implementation.

New space game from Battlegoat, the studio that does all the Supreme Ruler games. Although I love the idea of those games, they were just awful to play.

Because I am a masochist I actually got this and have been playing it. Mainly because it does one thing I have always wanted in a space 4x and that is for each planet to have its own, full sized planet map that you can zoom down to in addition to the space based map. (The only other game I know that did this was Pax Nova).

Playing through the tutorials and yeah, there are a lot of issues here. The UI is soooo fiddly and obscure. Even the with the tutorial explicitly telling me what to do there is still a lot of trial and error to figure out how do simple stuff. The graphics are pretty shoddy. All the same Supreme Ruler issues.

But, I am currently undertaking an invasion of another world and I have to build troops on one world, put them in a transport, ship them across to the target planet, land them, and now I have a frontline on that world - while trying to establish a long logistics supply chain to my home planet. The first couple of invasions failed miserably because of that. It’s a really interesting problem and I am really enjoying dealing with it. So, I don’t know, maybe the game is good? Will play more and see how it goes.

Have you tried Predestination? It also does the “planet and space” map thing pretty well.

I did get that, mainly because the devs were from Northern Ireland which I thought was cool. One of those games that I was waiting to get to a better state before playing but sadly looks like it’s dead

Well they did release it to 1.0 and it was pretty fun, but they did move on, yeah.

So I am still playing Galactic Ruler. Put about 10 hours into it so far. I’ve built up a fleet of tier 1 fighters who have been holding off attacks from the pirates. The pirates started with one big wave to attack me, which I held off. But since then they just send 1 ship to attack me every 5 minutes or so.

The pirates own the only other habitable planet in my system. So to invade I got 10 of my tier 1 fighters, a transport with around 10 infantry units and headed off.

Here is a picture of my transport ship heading back to my home planet after dropping the first wave of troops off on the pirate world. (The planets don’t orbit so the orbital lines are for aesthetics only). 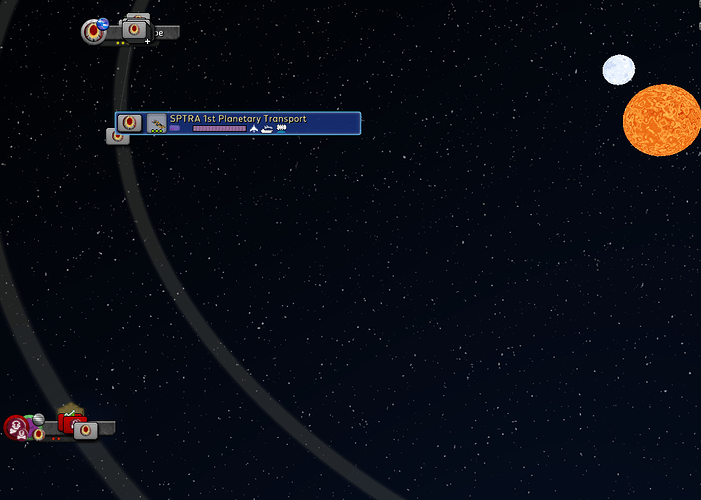 Before you can invade, you have to clear the space around the planet of any enemy fighters. Then you have to get a survey ship to survey the planet surface. Only then can you choose a place for your transport to land.

Here is my invasion force so far. I chose a small city to land next to and take out first. That is important because you need a city as your supply base. Supply automatically generates outwards from cities - and will travel up along roads. 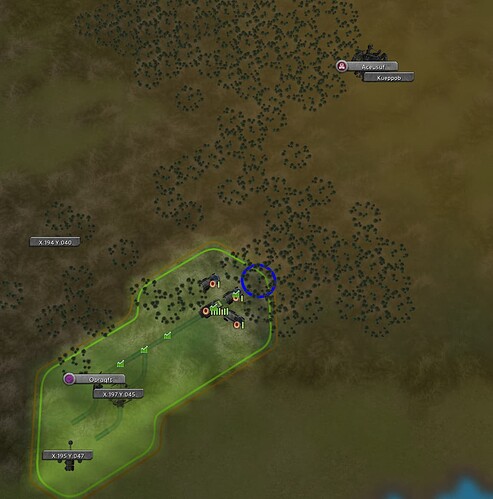 You can see in the picture I am slowly building a road North East towards the enemy capital. This will keep my units in supply (the green overlay).

Once I landed the pirates sent a wave of troops at me which I defeated. Again, it is now sending them in piecemeal.

Supply is extremely important. If you don’t have supply your units just stop dead and can’t move or fire, and can be captured.

Star Valor is now part of my collection. I’ve only played a few minutes of the tutorial and it seems straightforward and the controls are simple. I do need to learn to not bump into things and it isn’t immediately clear what you can bump into.

Is there a way to pause the game while docked?

I never played Freelancer and was wondering if it is available anywhere digitally (I don’t have a DVD/CDROM in my current PC). I read that they lost the code so GOG was never able to get it etc.

Freelancer sadly isn’t available digitally. Keep an eye on this though:

It’s as much a loving homage as anything.

Also external DVD drives are super cheap and worth it for things like this.