I enjoyed the demo a fair bit, once you get to the combat. The regular grabbing of your attention and the cutscenes at the start were less fun, but in-mission that seemed less of an issue. Also, I totally played this on keyboard and mouse which seems to be what it’s designed for (felt very Freelancer-like). 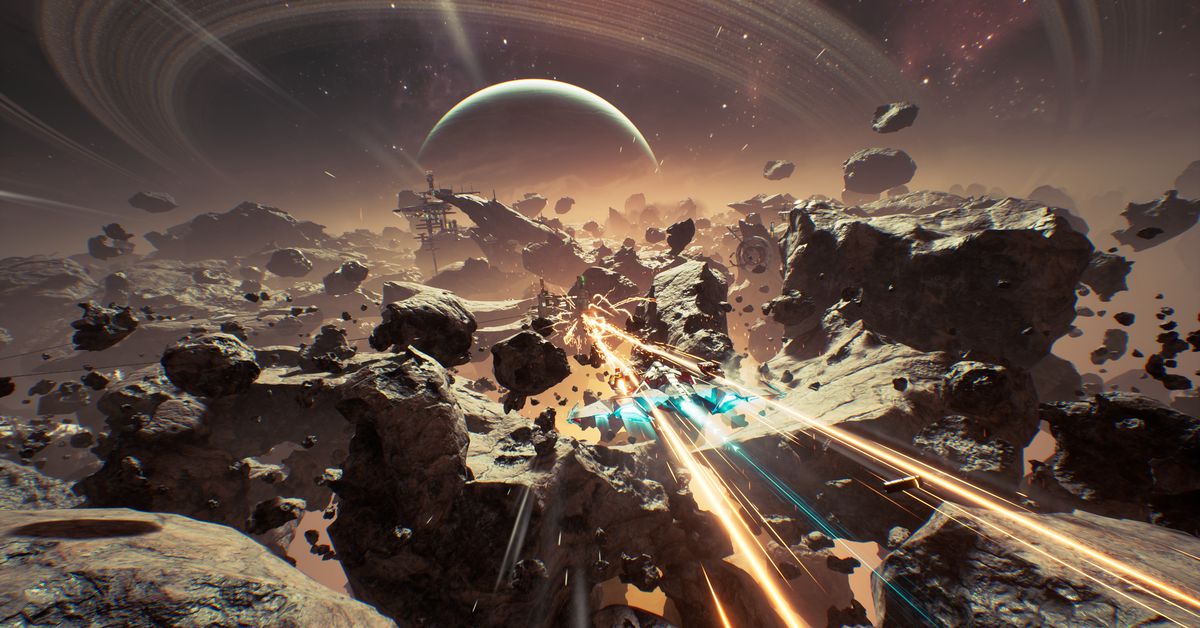 Chorus is a great starfighting game, if you ignore the lore 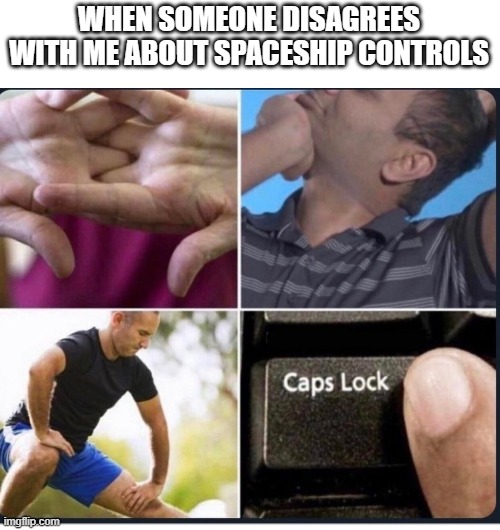 My new shirt is here!

Cool, did you get that done up as a one off I would guess?

Nope, someone DOES this.

What would you do if someone leans in to read the entire blurb!?

Depends on who they were.

So I downloaded the demo for CHORVS and played it till I hit a massive difficulty spike. What how the heck are you supposed to protect the refugee ship (or whatever)? I tried it like 10 times.

I know Brian didn’t like the game but how did everyone else feel about it? At least it got me back into Everspace.

I like Chorus a lot. I’m about 10 hours into it. It’s not really a space sim, more of a space action game that reminds me heavily of (and I’m certain is influenced directly by) Freelancer. It has a similar structure where you do a story mission and are then given freedom to explore an area and do side missions, hunt for secrets etc, and then get pulled to the next area with the next story mission (though to be clear, there is no vast network of systems to move between, you can return to older areas to complete side missions but the main path is more linear). Combat feels similar, but has a lot more depth here. Even the atmosphere is similar, heavy asteroid fields, gaseous clouds full of lightning (not a pun). There’s less freedom, no picking up endless missions from stations, although you will regularly encounter random events that feel similar.

There’s a lot more dialog in Chorus, especially when you get your AI ship which… naturally… tells you how it’s feeling quite a lot (usually it’s pissed off, or very pissed off, or sarcastic). A lot of people seem to pick up on this, but it’s well acted by the leads and competently written.

The highlight though is the combat, it’s fine with the starter ship but once you get the AI ship it’s given much greater depth, and I love it. But there’s a learning curve, you need to routinely swap weapons depending on target requirements, and regularly use your “magical” abilities. That’s why the game is awesome, but it’s also why the demo sucks ass. It throws you into a scenario that takes a couple of hours to reach in the main game, by which time you’ve normally had time to get a feel for the ship and combat. And that fight is tough at first. The key is to focus on the Vultures, the larger ships with the shields and the hitscan beam attack. Lasers take down the shields, and then missiles take down the ships (which are armored). I’m not even sure you get missiles by that stage in the demo, but the gatling gun also works less effectively. You must learn to dodge/roll from the beam. Once the red circle starts to close on your ship, roll left or right and the beam will miss. Be patient. Too early, and it will hit you. Ignore the small fighters until you take down the Vulture threats (they will kill both you and the convoy ships). Make excessive use of your ship follow ability (again not really explained properly in the demo: it will place you behind the target you’re following, so you can immediately take it down). The other thing that’s very useful to know is targeting is automatically determined by the last ship you fired at / hit.

I seem to remember they patched the main game to make that fight slightly easier, but not sure if they touched the demo. You should also have upgraded your ship a little in the main game, I bet the demo ship is stock. Anyway once I started focusing on the Vultures I could beat that mission consistently. Later you get the ability to drift, and hoo boy does that help a lot, besides being a blast to pull off. I’d say if you’re enjoying the demo but worried about that difficulty spike, don’t be. The full game is gentler.

New game (sequel) for you to cover: 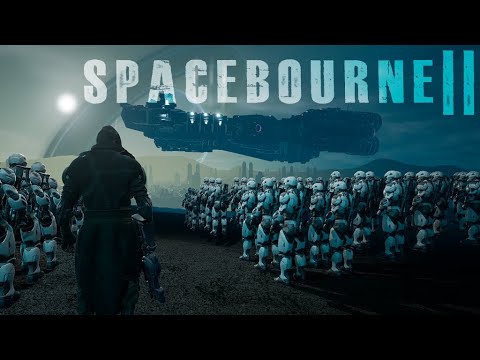 Looks like a lot for an indie to pull off without $400 million plus.

Btw, I bought Silent Sector on Brian’s recommendation, but I think sadly it’s not for me. There’s no real physics or momentum or real space flight, it feels like, it’s just a twin stick shooter where your fighter just instantly moves in the direction of the left stick, or stops moving if you stop holding in that direction. So I guess a twin stick shooter set in space? But I don’t know, that still sounds appealing on paper, but in the game it feels all wrong to me. Plus there’s so many controls that they didn’t bind to the controller, I wonder if I’ll need those? Like the ability to go to the menu. I bought a mining laser, but I can’t find any way to actually switch weapons to it.

Well, yes there was, and it seems like it was pretty good according to Steam ratings:

The new game appears to build upon this.

None of the steam reviews mention how it controls. No one mentioned using a joystick or a controller. “Controller Support” is not listed as one of the steam features. So I’m guessing it’s mouse driven? Like Freelancer maybe? That makes me not interested in it. I wonder if the sequel will support it?

New game (sequel) for you to cover:

Sadly I invited him on my podcast when the first game came out and he declined because he didn’t think his spoken English was good enough. Might have to do a textual q&a again.

I guess you follow absolutely nothing I do as I’ve said many times it’s one of the best space games of the last ten years. It controls basically like a mix of Freelancer and EVE Online and it’s wonderful. But you’d know that if you watched or paid attention to…I dunno…any content I made.

Sometimes I don’t know why I bother.

Sorry, you cover a lot of stuff that’s not my bag, including SpaceBourne, it sounds like, if you’re comparing it to Freelancer! I love joystick space sims, the only joystick sim had less fun in than Freelancer’s moment to moment gameplay was Starlancer. Even Privateer 2: The Darkening milquetoast gameplay was more fun for me since I was using a joystick. (I never played Eve Online for the same reason).

Do you know if SpaceBourne 2 will be mouse driven too?

No idea, but probably, since it worked so well in the original.