These are mostly strategy games, right? Just curious, what appeals to you so much about space based strategy games? Most of them don’t have the 3D Homeworld style 3rd dimension at play, right? So I’m guessing just the setting in space adds flavor?

Just curious, what appeals to you so much about space based strategy games?

What a weird question. I could ask you why joystick games appeal to you so much? Is it weird to you that someone else likes what they like?

No just hoping to get a good discussion going that’s positive where someone can talk about why they love what they love. Chill Brian! :)

why joystick games appeal to you so much?

I think it has to do with the feedback of doing something physical with your hand, like you would in a real cockpit of a space ship. I still remember that Wing Commander showed your cockpit, and your character had a real joystick in their hands that was similar to the joystick you were using to guide the ship. I just love that one to one relationship, like hey, I’m doing this to the joystick here, and he’s doing it to the joystick there, and it makes it feel that much more authentic like I’m really in space in a spaceship, not sitting at a computer with my hand on a mouse, which just doesn’t have the same direct relationship to anything I imagine a spaceship would have.

It was also similar in Mechwarrior 3, my favorite part was playing that with a forcefeedback stick where you could feel yourself walking and firing weapons through the joystick, and I could imagine myself being in that cockpit and feeling that feedback. Oh man, I just love it. Thank you for the question! 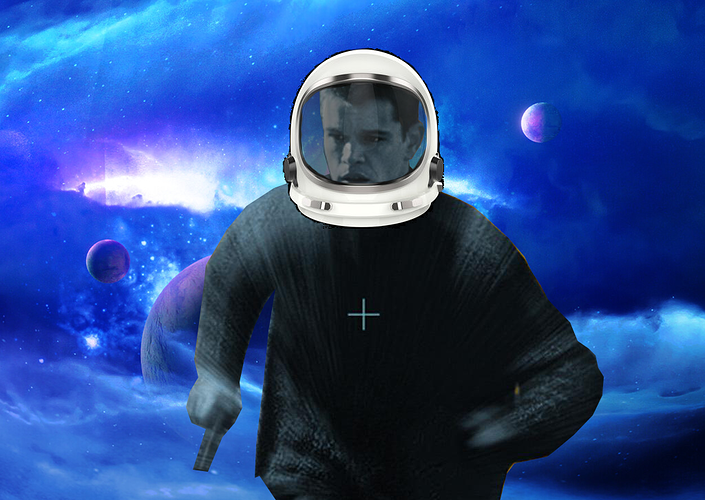 These are mostly strategy games, right? Just curious, what appeals to you so much about space based strategy games? Most of them don’t have the 3D Homeworld style 3rd dimension at play, right? So I’m guessing just the setting in space adds flavor?

You and everyone else are welcome! I’ve been tracking these and noted that it was getting to be quite a list, so I’d thought I’d post something here. Of course, I’m not sure how these will all work out in the end, but hopefully we’ll get some good games out of this list. There certainly seems to be a resurgence in this game genre recently.

Oops, dang it, I forgot one - I have added it here and to my original post:

This one is coming along very nicely.

I feel like I’d have gone with a different name than ‘Executive Assault.’ It sounds like a game where your boss attacks you, or something.

what appeals to you so much about space based strategy games?

@Grifman summed it up pretty well. I too read a lot of science fiction as a kid, and I’ve played strategy games since I can remember. In middle school I discovered Avalon Hill hex and chit board games and I most enjoyed learning the game rules and systems. The marriage of those two interests were meant to be for me.

In strategy games the logistics and grand strategy aspects appealed more to me than the tactics. So I’m more of an Eisenhower than a Patton by inclination. That ruled out a lot of games. I’ve tried other genres, and I enjoy hearing the enthusiasm folks have for platformers, and schmups, and twin stick shooters, etc. (I don’t really know what those terms mean, I can parrot though) but they don’t appeal to me. Which is fine. I don’t have a lot of time to play.

And I like most the games with tighter designs so that the AI can somewhat play the game. Master of Orion was one of the first PC strategy games I owned and I consider it one of the best strategy games ever made. Strategy games also can have a hold on my imagination and the best ones have me thinking about them when I’m not playing and puzzling through what I’ll do next when I pick them up again. Other types of games don’t have that effect on me.

I also don’t know anyone else that plays these types of games. When I played those Avalon Hill games I mostly played them solitaire. This hobby is something I’ve been rather private about IRL so being able to chat with y’all and learn from you has been a boon and one that I appreciate very much.

platformers, and schmups, and twin stick shooters, etc. (I don’t really know what those terms mean, I can parrot though)

In case you hung out in arcades in the '80s:

In case you hung out in arcades in the '80s’

Looks like Spacebourne is still going for $2.99, folks, even after the sale. Why am I tempted to buy it? I think I may have “Brian-itis.” ;-)

It’s good is why!

They did a good job with them, at least!