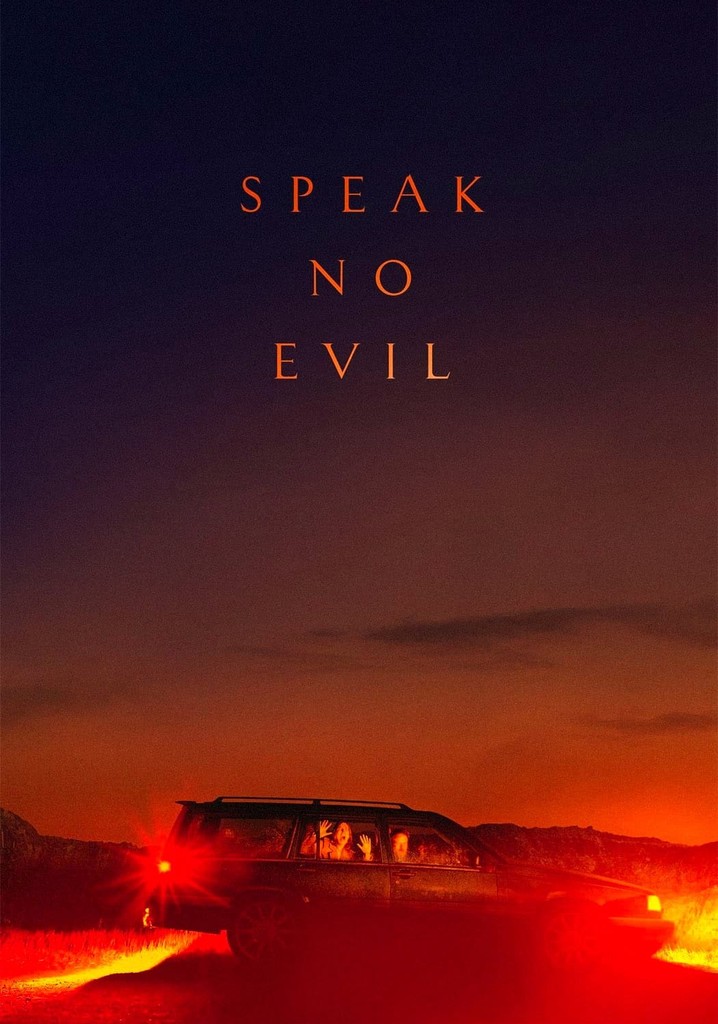 Speak No Evil streaming: where to watch online?

Is Speak No Evil streaming? Find out where to watch online amongst 45+ services including Netflix, Hulu, Prime Video.

Speak No Evil seems like it’s going to be one of those uncomfortable social tension thrillers. In this one, a Dutch couple antagonizes a Danish couple so much that a horror movie happens. And it’s pretty good while it’s being a social tension thriller! On the surface, the two couples seem like they’d be a great fit, despite the contrast in their type and manners, so watching it all unravel is compelling enough. At its best, Speak No Evil reminds me of other social tension thrillers like The Overnight or Carnage or even the early parts of Funny Games or arguably Barbarian. A routine social situation that anyone can identify with turns into something uncomfortable, and then sinister, and now you’re in a dire horror movie.

But once Speak No Evil decides to become a horror movie, it mostly lost me. It was too abrupt, too brutal, and too out of sorts with what had preceded it. Not to mention absurdly implausible, which makes me think I had been watching some sort of social satire instead of a thriller? Whatever. Who’s counting? But it’s certainly shocking and effective, so if you gird your loins for a horror movie and just wait patiently, Speak No Evil will be more than happy to oblige you. As for me, at least I enjoyed most of it!

I just watched this last night and enjoyed it a lot. It played with uncomfortable questions about permission to discipline children and personal autonomy in some really clever ways. I was also not a big fan of the ending for the reasons you mentioned. Though I’m sure that this movie has claimed “most horrific scene” I’ll see all year. Super squirmy.

I respect the filmmakers deciding to let the implausible pattern play out in full as the ending, once the final line had been crossed. A fade to black would have been kind of a bummer.

But I might have found the movie more interesting if the family had escaped prior to the final car ride. What would returning home have looked like?

It played with uncomfortable questions about permission to discipline children and personal autonomy in some really clever ways.

I did like this element, but I wish it had been more nuanced. It just seemed to me like Dutch McNulty was got too extreme too quickly with his son, like red flags were raised to soon and too high.

And I’m still thinking about that ending, but not in a good way, not like I couldn’t stop thinking about Barbarian, or What Josiah Saw, or The Innocents. It’s more of a “eww, gross, I still can’t believe that happened” sort of way. Maybe that was the point of revealing Dutch McNulty’s sadism so readily? So that by the time the end rolls around, you have no one to blame but yourself for still being here. :)

Glad you liked it, though! I bet there were lots of fun Danish vs. Dutch nuances that were lost on Americans like me. I’m imagining the remake in which a couple from California collides with a couple from Texas. We’ll have to change the ending for the American audience, of course.

I feel slightly bad that I was rooting for the capitulators to just fuck off and or die.

My wife and I sat through the movie asking each other who puts up with 1/4 that level of bullshit. I guess having a family with some strong minded republicans (trumpies) has significantly hardened our hearts.