Humble store has the Spellforce 3 and Soul Harvest for 75% off, so $20 for both right now.

I bought Spellforce 3, Soul Harvest after recomendation in the RTS thread. I wanted to play coop with a friend. We spent 1h trying to join each other lobby. We fiddled with router forwarding port, firewall but we were finaly able to start a game. It feel laggy, you click to move and it takes a little bit of time for the game to register your action. Controls are fiddly but I could get use to it.

The game seems nice, lots of options for skill and loot, but in coop if your heroes dies,the game just breaks down. You see the defeat menu, with load/restart/quit, but load/restart don’t do anything, you hear a sound for the click, but nothing happen. We have to leave the game, start a new lobby and then load the last save game.

I’ll try a bit more solo to see if it’s better, but for the coop experience, it’s quite bad.
Anyone else tried it?

I think the original and SH games are gonna get a patch that brings them into parity with Forgotten Gods, so multiplayer might improve then.

Yep they posted a graph! 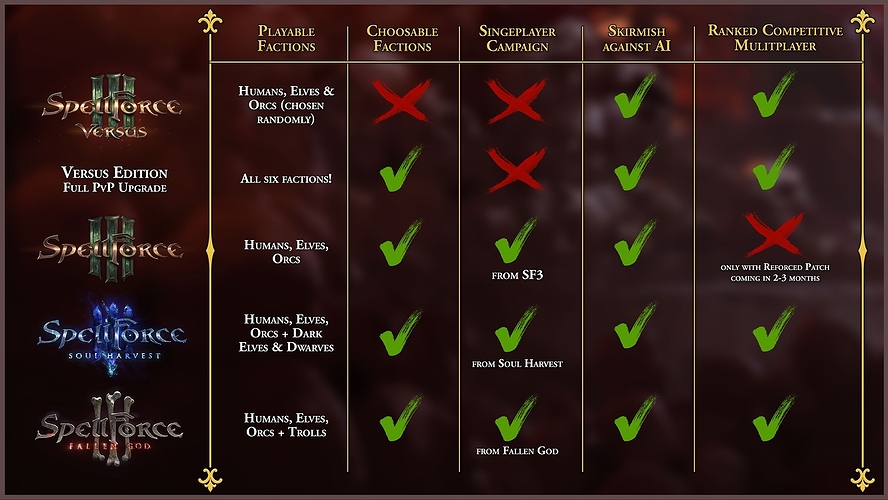 I really wish they had a manual. I’d grabbed a bunch of territory, but was still at a pop of 18/20 and wondering what the hell, until I figured out the scout outposts needed to be upgraded. 2nd game went much better.

Don’t forget to go through am make some mercs for yourself. The nice thing is, because the Single Player is based on Party level, if you create a new merc and replace an old merc, the new merc comes in with a clean slate, but at the same level as everyone else.

I tried to use the games NPC, for the ingame conversations, but honestly, outside of Raith (I love his golem) and my Melee Combat Elementalists (its was okay, but went to awesome when I found an Intelligence Based Melee Weapon), my favorite character was my Defensive Arts/Beguilement Merc. Just having Constitution 10, combined with Doppelganger and Song of Defiance gave him so much tankiness!

Thanks for the info. The skill system looks pretty cool and I’m pretty sure I’ll enjoy the game. I was mostly complaining about the multiplayer coop campaign. It’s just horribly buggy. It’s not when you are playing, it’s mostly the multiplayer features. I hope that patch you guys mention will help with that. 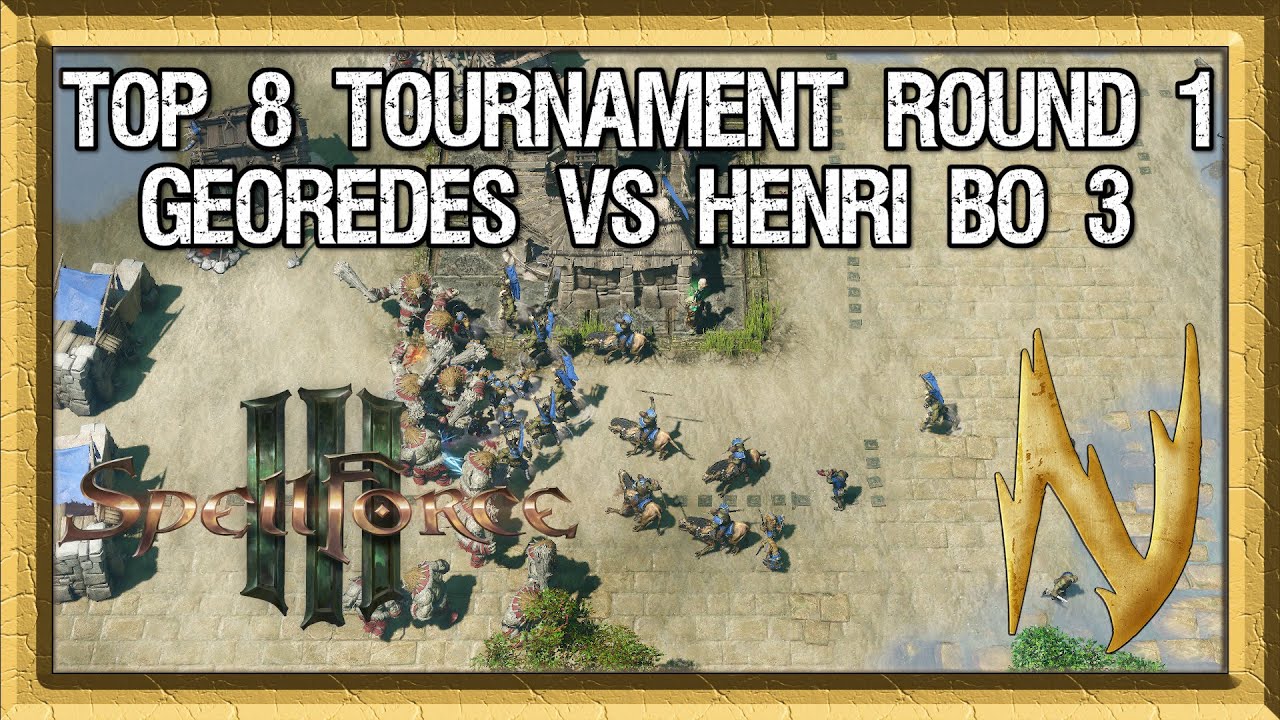 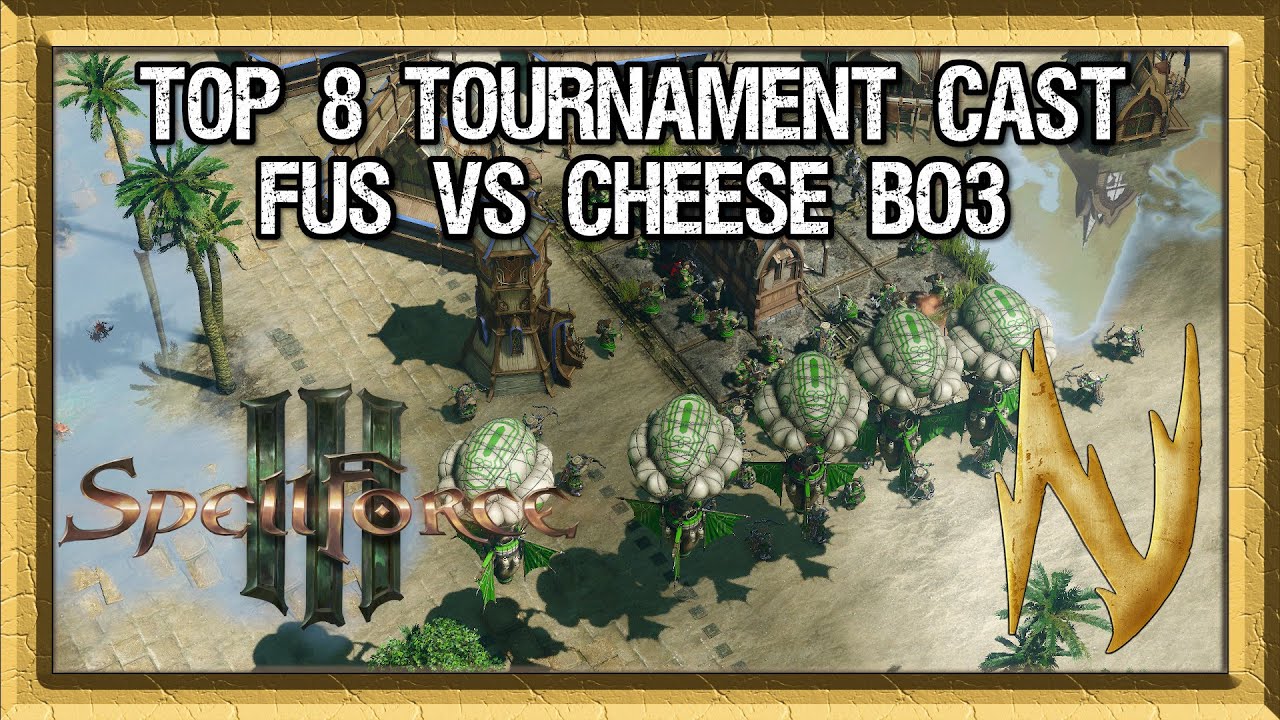 I just wanted to see a Dwarf Game. They don’t come up often on youtube.

If I’m just jumping in, I should just get Soul Harvest since it’s like $8 right now and I get access to five races, plus some SP campaign?

Yes. Its not super long, only 30 or so hours, and it was enjoyable.

The feature to make 2 mercs, and then swap out the mercs at any time is really cool.

So I thought I would give this another spin.

Previously I was on the campaign, which is a bit hit or miss (main campaign, not any of the expansions) but this time I tried a skirmish, and if you look at the game as basically company of heroes, but with fantasy units, it is enjoyable.

By which I mean, grab sectors, improve sectors, push out more units.

If you want this to be a somewhat more sensible depiction of medieval combat, then it will get frustrating! But it was never that.

I still have Kohan for that though :).

I played a 1 v 1 as Humans against Orcs, I used the BattleMage, and he seems to reliably melt faces. It was quite enjoyable.

I am still learning how the sectors work, figured out each sector has its own pool of workers.

I can’t figure out how Tainted Obelisks work though.

You put some workers in it, then pay a huge amount of resources, and then a titan start being built.

After you have taken over the territory, that is.

I couldn’t see where to put the resources…

There is a little button in the build screen that lights up when you put workers in.
It should be around 75 of each resource or so.

So, I’ve discovered a downside to playing Soul Harvest. I kind of want to play the next edition already, because I hear the story is better, but I’m not willing to pay full price!

Maybe I’ll try playing through the campaign a second time with a different type of character.

Fallen God is 15% off on a few stores (GMG,Gamebillet), and 20% of if you are a Humble monthly subscriber.

I don’t bother buying any games that are over $10.00 while I have a backlog over 100 games. Once I have my backlog under 100 games or so, then I might be willing to buy games over $10.00. There are exceptions, but not many (and mostly those exceptions are DLCs or Dominions, but even then I wait for a sale of some sort).