Spellforce: Conquest of Eo is like Age of Wonders and Thea made a baby

I did a search before creating the topic.

This is a turn based, focussed/smaller scale version of SpellForce, and it looks very interesting.

I have heard it described as:

AoW and Thea made a baby.

SpellForce: Conquest of Eo is an adventure, RPG, 4X, and tactical hybrid that might actually pull off that crazy amalgamation of genres. Rob has some world-exclusive gameplay to show you, so come on in! 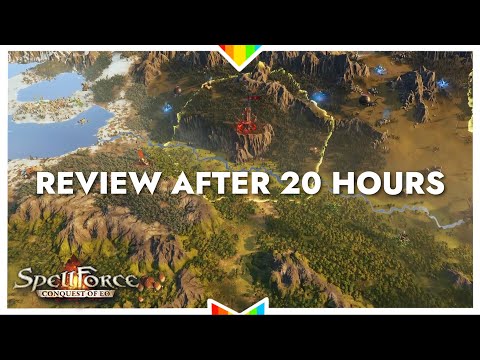 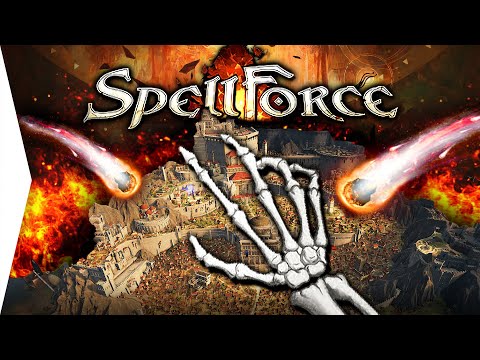 It is a PITA to create a post using a mobile phone, and I dont get to my home computer until Friday evening, and no way am I using the work computer for this lol.

From what I can gather, there are 3 maps (one for each difficulty level) and 3 classes, and your character is never actually onscreen (so, like Kings Bounty?) But each map has randomised aspects, e.g. randomised resource nodes.

You don’t control any cities.

Your base is a Wizard’s Tower, which you upgrade.

You can expand your control by building lodges, which require a hero to construct.

Heroes are recruited in your tower.

I’ll be spending my evening with gamerzakh.

I think it might be. I will keep an eye on it, but right now, my game card is full.
I will add it to my wish list, and I hope to hear either great things about it from all of you. Or terrible things!

I refuse to have any ambiguity on whether this game is worth it! I will be watching this thread!

The Explorminate article contains a Interview with one of the developers, so while it’s a short read make sure to watch the video. Aside from that, THQ Nordic showed off tons of footage back during Gamescom. Each segment is between 20-40 minutes long, and there’s some repeat gameplay but the devs do change. 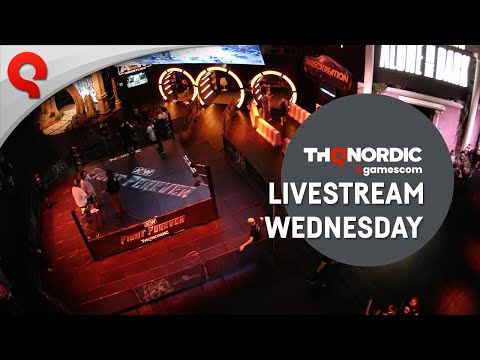 To me, one of the most interesting bits is the fact you can pick up your Tower and just plonk it down somewhere else. I do wish more people knew about it cause it seems very fun/interesting but also flying under the radar at the moment.

Got this one wishlisted, can’t recall where I heard about it. But given its location on my wishlist (i.e. at the bottom and therefore not yet categorize by how much I want it) I have to assume it’s a recent discovery.

Welcome, and thank you for sharing!

This is a spin-off developed by the guys who’ve made Fantasy General 2 plus its gazillion expansions. That game received good reviews and positive word of mouth. It’s safe to assume though their Spellforce game will have a rather small budget and a flexible attitude towards asset recycling.

I watches the full 100 minutes ganer zakh video and it has got me intrigued.

There’s a very high chance I’ll buy this at release.

Wonder if this is even ready? BBB, you got the inside take on this one by chance?

Probably good idea to get out the door well in front of AOW4.

Feb 3? Wow, that was a lot sooner than expected.

Wonder if this is even ready?

Sources say it is.

BBB, you got the inside take on this one by chance?

I’m not one of those sources by the way!!!

I had heard end of March…

Many peolle are comparing the 2, but i think AoW = 4x, paint the map.

CoE is something else, reimagined Kings Blunty the Legend, travel the map.

I mean, it has weeks as a mechanic, lots of other stuff.

You never control a city either.

In other words, plenty of room for both

And eeeeoooo is the sound you make after passing the King’s Blunty.

Save the Reefer Kingdom, milord!

I almost wish I smoked…

I will not correct this. Let my humiliation stand.

Thanks for the info, I’m actually glad to hear these have some separation in terms of what they’re about.

And good idea leaving it as it is, a good chuckle from that.

2023 is filling up with strategy goodness really fast! Really interested in this one.

Plus I’ve got my eye on:
AoW4
Gal Civ 4 Next(the big patch that will coincide with the Steam launch)
Shadow Empire: Oceania
Alliance of the Sacred Suns
Phantom Brigade on Steam!?
Zephon
Men of War 2
Field of Glory Kingdoms
Zodiac Legion

Yeah, this is looking like a really good year for the type of games I like the most.

I had heard end of March…

I suspect they may have moved it up a month after the AoW4 announcement. I’m sure that may have put some pressure on them to avoid overlap. For me it’s perfect. I can play this until AoW4 comes out.