I think the idea that people want to own their hardware and media, and are concerned about their data transmission, is disproven by the dominance of streaming over physical media ownership. Streaming argument is further boosted by notable shortages of hardware through much of the pandemic. The bulk of the market is unwashed masses with simple laptops (if that), not bleeding edge RTX 30xx evangelists.

My own hunch is Google screwed up the pricing model. Trust in Google probably didn’t matter much for what should have been the target market. Eventually, someone will get it right.

Don’t you mean they were surprised to realize that they did have to put in the work that Xbox had to?

I wonder if Stadia was originally conceived as a value add for Google Fiber that ended up on it’s own trajectory once Google Fiber stalled out.

Don’t you mean they were surprised to realize that they did have to put in the work that Xbox had to?

You also, given a cromulent business model, get access to a shedload of games

My own hunch is Google screwed up the pricing model

This reminds me of the weirdness of their Stadia Pro subscription model which was “you own it forever…but only while you are subscribed”. I guess it worked out well if you were subscribed forever since your library would be growing quite a bit, but since they ended up deciding to cycle games out of Stadia Pro pretty regularly, occasional or new subscribers would be pretty underwhelmed. I remember getting a free month incentive to resubscribe, and running out of things I wanted to try within a week - kinda like the current Ubisoft+ freebie, where I did use the Stadia versions to try it out so it was good for playing games I don’t plan to keep playing for a long time.

Other than the 99 cent promo deal for Borderlands 3, their whole pricing model was weirdly expensive.

Yeah Stadia had problems with reputation, business model, etc. but I think the fact they based it on Linux and required ports for every game was their problem.

GeForce now and xbox cloud just…work. With basically all pc (GeForce) or Xbox (xCloud) games. Developers don’t allow everything, but developers also don’t need to work to enable them.

But stadia backed themselves into a corner with a platform that didn’t support any games without work for each game. So then they had to pay basically every developer to join up, and bank on eventually making that money back somehow. It’s a huge uphill climb that neither GeForce nor Xbox need to deal with.

If stadia used windows or steam anything else that made games easy to port, then the “only” thing they’d have to deal with is….well, everything else.

I know people who brought Borderlands 3 expecting same screen split screen multiplayer of consoles but not being to with the Stadia version.

So not a console port nor a PC version. 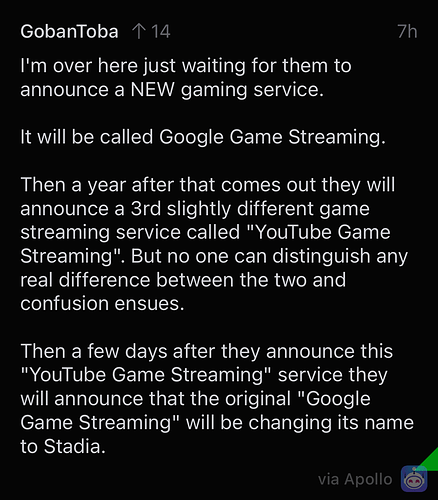 I just realised that with emulation like Proton, the onus is on the emulation layer to make things work (Proton and the linux Steam app are all “responsible” for making things work, so it’s kind of in Valve’s court). This could happen/usually happens? without the original devs (and probably does for any app support for games no longer actively in dev games).

Stadia support is like Epic or GOG support - in theory minor changes, but the onus is on the developer to make it work by changing things in the actual app rather than Google supporting it, which is a huge difference for both the consumer (there’s no way to bring your existing games to the platform) and the devs (usually dev time is already thing for actual game patches, let alone more platform work). I guess you’d need to have a “Steam compatibility layer” and I can see why I’ve never heard of anything like that existing…

And then it reminds me that folks are weird about streaming - even if it did work for free, there are devs that are not okay with it!

I think the difference is that Valve has been working on gaming for decades and Linux for a very long time. Steak Deck handles this well, but Steam Boxes did not when they came out years ago.

Nothing was technically stopping Google from doing the same with Stadia, but they just….didn’t. They don’t have the people, the expertise, the developer relations, and Stadia’s leadership thought the platform’s existence alone was enough to get developers on board. 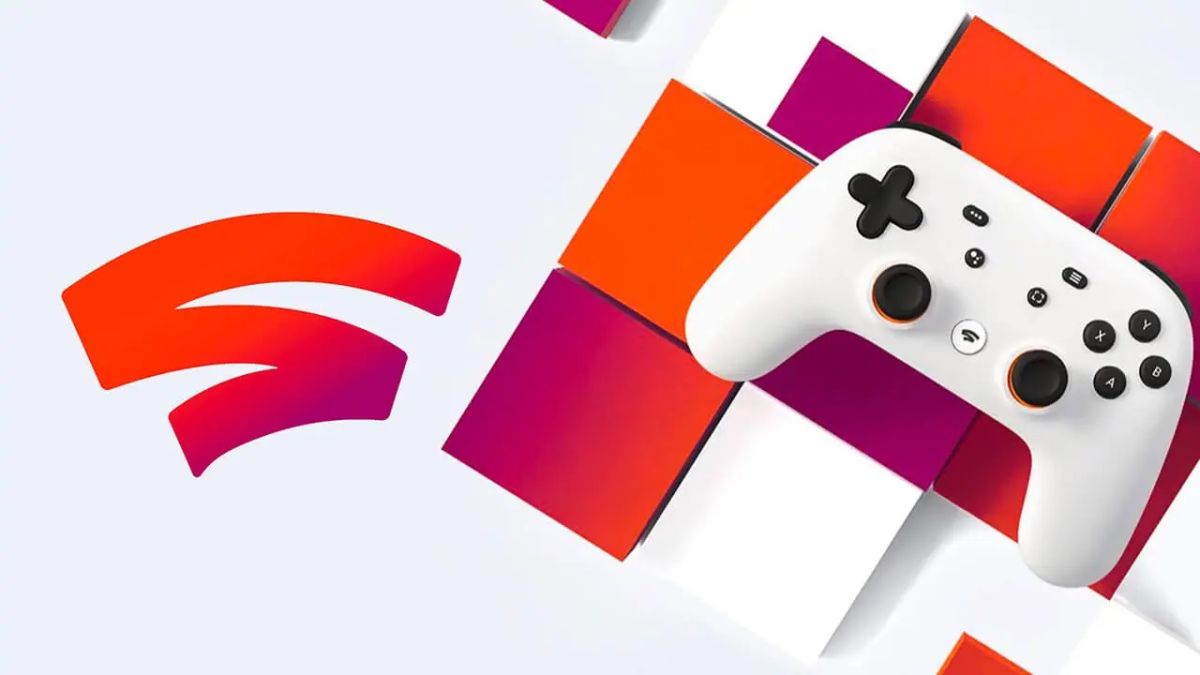 Ubisoft is "working to bring the games you own on Stadia to PC through...

"We'll have more to share at a later date" 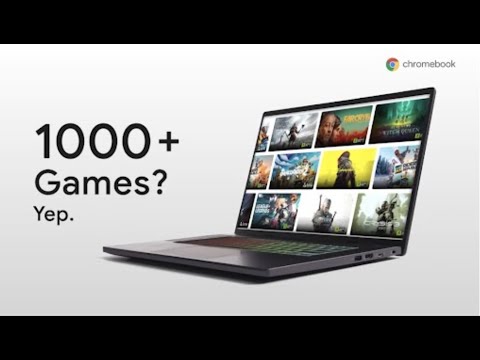 I just checked quickly and one of them comes in at $650. I can’t imagine any scenario wherein I would willingly pay $650 for a Chromebook.