Those are some damn nice clouds.

I’ve been computer gaming since 1980. And I used to be a writer in the industry (as others here are/were.) Immersion is something I’ve discussed with a lot of people over the years/decades.

I believe that incredible, is it real or simulated graphics are not at all required for full immersion. In fact, in some cases I think the deepest I have gotten into a game, the most I have lost myself entirely in the game world, came from games where most of the graphics were in my mind.

You certainly have put more time thinking aobut immersion than I have, so no argument from me. Especially as I play tabletop RPG’s and a lot of story driven games (both on the PC and boardgames). Immersion in those comes from the theater of the mind much more than a few props on your computer screen or on the table.

But there is also the type of immersion you get in the latest Flight Simulator version, where you are flying what looks and feels like real planes in what looks like the real world. That can sell the fiction. But it does not create those memorable moments or living worlds that you mention on its own for sure.

Oh, and your point on falling into that uncanny valley when you spend too much time worrying about how characters pull bedsheets is well made. I hadn’t considered that, but it’s very true.

Thank you? I’ll continue doing so then. :)

Oh, and as is probably clear from the screenshots I have posted, this is me going to explore a planet and its moons or trying out a game system like deliveries, ship cargo or mining. They tend to be 1 or 2 hour diversions and seeing the sights type of things. So I’ll repeat my warning: those are beautiful and fun systems to toy around with, but don’t spend money on SC expecting a game, which justifies the general tone of this thread. Even if I personally prefer talking about what’s there to see and experiences flying in the verse than making the 5000th joke about jpegs.

This is a game headed into either its 9th or 10th year of development, depending on when you mark such things.

It has a full team of developers working full time as a primary profession on creating the game.

The surrender and cowering behaviors used by both trained and untrained agents progressed.

Progress was also made on … AI hygiene … mess halls, and eateries.

Throughout March, the Cinematics Team made big pushes on ship-centric cutaways

Extra lockers were added to the main bathroom in the Idris, so several scenes were updated to match the new layout

The Space/Dogfight Team worked towards an internal milestone this quarter with the support of many other teams, with all chapters that include space flight benefiting from the initiative.

That’s so specific that I can’t help but wonder… ;)

That’s so specific that I can’t help but wonder… ;)

If I possessed any talent for such a thing, I’d happily be augmenting my 401k contributions thusly…:D

I teach college seniors in their early 20s in our Game Studio capstone. This crap would not fly for them, nor would they even try to pass it off on the faculty. So, yeah, from a professional studio with all that money involved…no bueno.

Art assets and animation improvements are the areas that they can easily show progress in order to maintain the facade that a game will be released.

No doubt. I feel bad for the artists who got hired under what certainly seem to be false pretenses.

More like, it’s what you get when you have a massive organization run badly, and each department needs to make itself look good to the incompetent management, so they put out a meaningless progress statement. And the only shareholders have mostly given up and are in the process of transferring all tasks to a 3rd party company that’s 1/100 the size.

From the same article:

“The eat and drink behavior continued to be improved, particularly ‘chowline’ usage. In addition to cleaning up the chowline, eating, and drinking animations, they improved the drinking behavior to make taking a cup a separate action. Plus, exit animations are now split between taking the tray and exiting tables so that multiple actions can be performed from specific bounce poses.”

I mean…yeah. What more could you ask for?

Cupholders and related eating/drinking animations in the cockpit are really needed.

No doubt. I feel bad for the artists who got hired under what certainly seem to be false pretenses.

The game may be developed under false pretenses but I assume the artists are being paid for their work, and however Star Citizen turns out, the artists are producing really great work. I imagine the artists are among the most critical hires given that the game is just jpegs and pretty pictures.

I feel this is correct. They have some pretty great artists there, that’s for sure.

Well, there’s getting paid, and there’s accomplishing things. While, yeah, some great art is coming out of this project, I can’t but think that for people into making games it has to be really frustrating.

I like that wording. Reminds me of “Don’t confuse motion with progress.” 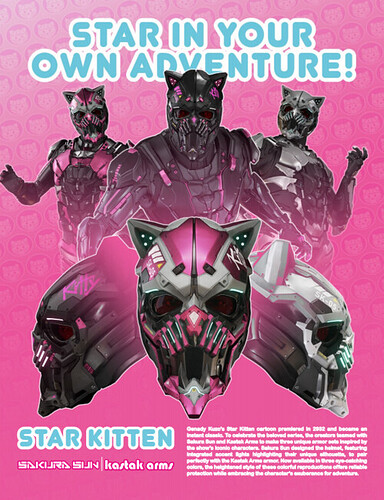 I like that wording. Reminds me of “Don’t confuse motion with progress.”

Or as one of my managers once said, "“Don’t confuse production with productivity.”

I think we need to do a long series of a/b tests to determine which of these phrases is best.

So I definitely am not the fun police and it’s cool that you’re enjoying yourself, but the whole fact that it is not at all what they promised from the start or promised along the way is what just blows my mind. They have sold this as a large universe (100+ systems) from the kickstarter beginning and we’re 8 years in and they still have a single star system in the game hosted in instances on a single server. They show absolutely no indication that they are anywhere close to actually getting ‘server meshing’ done. They have missed countless announced dates on the single player game and despite often claiming it was almost done they are 8 years later still sending out updates about how they are working on NPC characters picking up lunch trays.

Thank you? I’ll continue doing so then. :)

I personally enjoy reading your stories, while staring at beautiful screen shots. So please, by all means do carry on - you’ve got fans here. :)

You think? lol! You know I’ve been clamoring about this farce since 2015, right? I mean, it’s not as if I didn’t say it was all bollocks back then.