We are in the middle of rewatching the original crew’s Star Trek movies. The discussion of the first movie is still ongoing in the thread here. Please hop over there and post your thoughts about Star Trek: The Motion Picture.

So it turns out the first motion picture had a poor critical reaction. The production section in the Wikipedia entry for Star Trek II is pretty interesting and probably worth reading once you’ve seen the movie again.

Star Trek II: The Wrath of Khan is a 1982 American science fiction film directed by Nicholas Meyer and based on the television series Star Trek. It is the second film in the Star Trek film series, and is a sequel to Star Trek: The Motion Picture (1979). The plot features Admiral James T. Kirk (William Shatner) and the crew of the starship USS Enterprise facing off against the genetically engineered tyrant Khan Noonien Singh (Ricardo Montalbán), a character who first appeared in the 1967 Star Tr...

After the release of The Motion Picture , executive producer Gene Roddenberry wrote his own sequel. In his plot, the crew of the Enterprise travel back in time to set right a corrupted time line after Klingons use the Guardian of Forever to prevent the assassination of John F. Kennedy.[17][18]:161 This was rejected by Paramount executives, who blamed the tepid reception and costs of the first film on its plodding pace and the constant rewrites Roddenberry demanded.[12]:240–241 As a consequence, Roddenberry was removed from the production and, according to Shatner, “kicked upstairs” to the ceremonial position of executive consultant.[18]:99

Harve Bennett, a new Paramount television producer, was made producer for the next Star Trek film.[12]:240–242 According to Bennett, he was called in front of a group including Jeffrey Katzenberg and Michael Eisner and asked if he thought he could make a better film than The Motion Picture , which Bennett confessed he found “really boring”.[19] When Bennett replied in the affirmative, Charles Bluhdorn asked, “Can you make it for less than forty-five-fucking-million-dollars?” Bennett replied that “Where I come from, I can make five movies for that.”[12]:240 Bennett realized he faced a serious challenge in developing the new Star Trek film, partly due to his never having seen the television series.[12]:240 Watching episodes of the show convinced Bennett that what the first picture lacked was a real villain; after seeing the episode “Space Seed”, he decided that the character of Khan Noonien Singh was the perfect enemy for the new film.[20]

So this weekend, let’s watch (or rewatch) Star Trek II: The Wrath of Khan, and come back here and post our thoughts.

Funnily enough, Wrath of Khan was just on the other day!

He was right on that one, at least.

Yeah, I read the concept Roddenberry wanted and think ‘huh, the studio execs made the right call’.

But I generally am not a fan of ‘this one person must live/die or history is RuInEd’ style plotting.

My favorite Trek movie. I’ve seen it soo many times. But it didn’t occur to me until a few years ago that Khan and Kirk never actually meet in the movie.

One of the best elements of TOS was that it was a serious show that always had light, humorous moments. That’s a huge element that ST:TMP missed that TWoK does really well. (And TVH overdoes, but that’s a later discussion.)

The nebula fight, despite the slow pace, is more tense than any Star Wars battle aside from the first Death Star attack. Like the TOS episode Balance of Terror, it’s very reminiscent of a submarine battle.

And TVH overdoes, but that’s a later discussion

I have a very hard time picking a favorite between those two, let’s just call it a tie.

I have this argument with a good friend all the time. He says VI is the best, I say II, and we can’t come to terms. I still say that Wrath of Khan is a leaner, tighter little engine of a movie that moves like a shark - I think there’s a little too much shaggy dog in VI for my tastes. Still a fine movie though.

In the VI vs II argument, it’s Kim Cattrell’s unconvincing performance as Valeris (my only real negative in that film) that makes II the winner for me. Montalban may chew the scenery, but he does so in a delightful way that’s true to the character.

In the VI vs II argument, it’s Kim Cattrell’s unconvincing performance as Valeris (my only real negative in that film) that makes II the winner for me. Montalban may chew the scenery, but he does so in a delightful way that’s true to the character.

Yeah, but TWOK has Kirstie Alley, who makes her character retroactively worse since she devolved into such a garbage person.

Apart from that, II and VI are such glorious bookends, and just about equal in my mind. In fact, they are such amazing bookends that I skip all of the stuff between them.

I would maybe give a slight edge to Undiscovered Country, because the Battle of Khitomer is 5 minutes of distilled awesome.

“Cry havoc! And let slip the dogs of war.”

“Fly her apart then!”

Oops. We’re not talking about Undiscovered Country in this thread, though. Sorry. I’ll join in on the rewatch and see if TWOK can reclaim its #1 spot for me.

Wrath of Khan is better in the original Klingon.

I still say that Wrath of Khan is a leaner, tighter little engine of a movie

Agreed. For me, Wrath is like Die Hard in that there is no wasted space, but nothing is obviously signposted so when something comes up again in the script, there’s never a “well, duh” reaction.

Plus, as @Editer says, it has Montalban, whose Khan is absolutely pitch perfect as the foil to Shatner’s Kirk. They’re constantly one-upping each other for hamminess, but in a magical way that doesn’t take you out of the moment.

I have this argument with a good friend all the time. He says VI is the best, I say II, and we can’t come to terms.

Your friend is wrong. Undiscovered Country is good, but it’s full of clunky scenes, half-explored ideas, and misplaced attempts at humor. It’s like they tried to mash together serious themes a la Wrath of Khan with the lighthearted execution of Voyage Home, and it very often just does not work. Heck, for most of the movie Kirk doesn’t even do anything. He’s just carried along by events.

As for Wrath of Khan, though it’s my favorite, there’s one plot crevice I wish I’d never noticed. When Khan leaves Kirk “buried alive” forever on Regula… that is literally the first place Starfleet would have come looking for them. They were explicitly ordered to go there. Kirk and friends would have been stranded there for a few weeks, tops.

In January of 2020, William Shatner came to Burlington, Vermont as part of a Star Trek II anniversary tour. Of course I picked up tickets for me and my family.

The event started with a viewing of the film on the big screen. Sadly the sound system in the theater was not set up properly, and James Horner’s excellent score sounded awful. But the packed crowd was enthusiastic and predictably erupted in cheers when Kirk bellowed, “Khaaaaaaaaaaaan!”.

After the movie, Shatner came out and graced the audience with stories about TOS, TMP, WoK, and more. It was especially amusing since there was a moderator on stage with him who was trying to steer Shatner to various topics. But The Shat cannot be contained and he pretty much did his own thing. I remember it was an especially cold and icy January evening, but it was well worth the trek to the theater.

I’ll be popping some popcorn, cracking a beer, and watching this one tonight.

I recall doing a midnight movie watching of Wrath of Khan in San Francisco’s Bridge Theater (RIP). Those were a hoot. Packed house with drag queens for the pre-show entertainment.

Khan is the superior movie. It’s about Kirk getting older and having to face his own morality. And then his best friend in the entire universe dies to save him.

There are times I wish I lived in a mirror universe where they never bring Spock back. The problem with movie franchises is that they never treat death as death. They keep bringing people back from the dead, and it trivializes death.

TWoK is hands-down my fav Trek movie. I’m not much of a Trekie, I watched probably 80% of the original series via syndication after middle school in the late 70s, but this movie is so much better than your typical Trek film that it’s not even funny.

Well, both 2 and 6 are helmed by Nicholas Meyer, so no wonder they’re the best.

A friend and I left work early to see this on opening day at the old and long gone University Theatre in Toronto which seated something like 1,400 people and had a massive screen. We were the second last pair of people let into the showing. We wound up in the last row of seats in a very rowdy crowd. As the opening credits played, there were repeated cheers as each name was displayed until Ricardo Montalban which elicited a loud chorus of “Good to the last drop!”

They would have also accepted, “Rich Corinthian Leather.”

Also, I love this commercial for this “small Chrysler.” 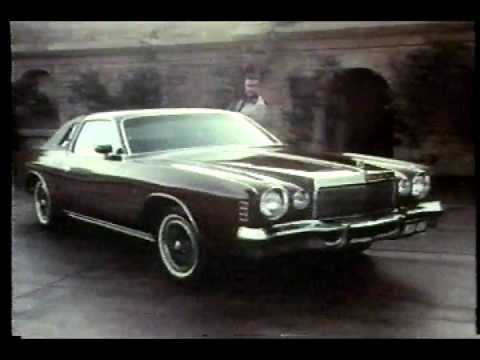 Khan is the superior movie.

Yours is the superior intellect. 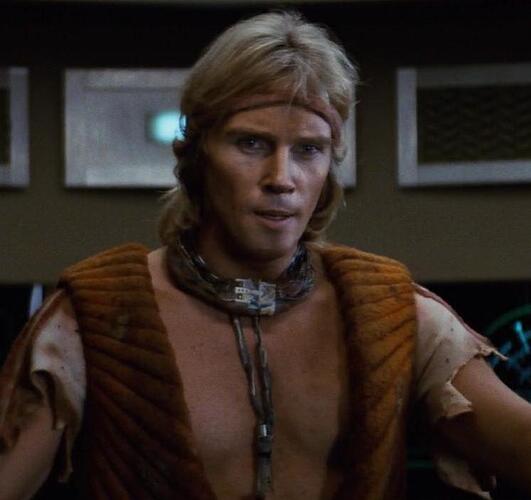