Star Zeal 4x: role-playing an empire in a vast, procedural galaxy (due out sometime in 2022)

I’ve been keeping track of this since it was first announced a few years ago - developed by a one man team in South Africa.

Looks similar to Distant Worlds with real time ship movement in an open galaxy map - but with more of a focus on role playing your characters and faction. 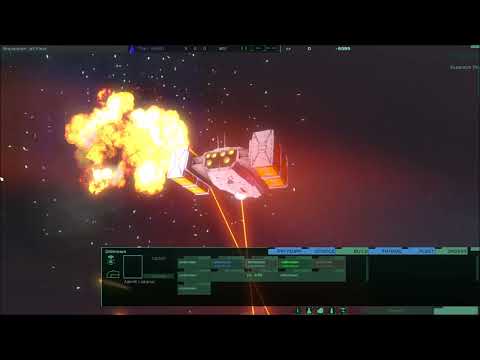 Looks cool, but “Star Zeal” sounds like, I dunno, a social media platform. Or a floor wax.

The liberal sprinkling of keywords passes my internal SEO though for sure. Someone let me know if this is any good at 1.0 in three years!

My life for Aiur!

Coming up with names for space games is getting tougher and tougher, believe you me.

Star’s Eel has a ring to it.

Brown Star: The Void of Uranus

Ain’t that hard to come up with a title /s

You guys are forgetting Void. It has to have void.

Hello! I take it you guys appreciate the results of my highly sophisticated naming techniques? :P

Also, I want to clarify that it is not going to be similar to Distant Worlds, even though it looks like it from the video. Much more open ended and the whole flow is different. AI particularly is dissimilar.

it is not going to be similar to Distant Worlds,

That’s interesting. Lots of the basics seem similar. It is a 4x game. You build colonies on planets to get resources. Use those resources to build fleets. Use fleets in real time on a free form map to expand and get more colonies or fight space battles. Where does this depart from those basics to differentiate it from DW?

Well first of all the big difference is that there is no match, you(and the AI) do the things you mentioned only if you want to as your faction permits. You are role playing a leader and essentially a civilization that does what it wants, for survival or whatever. All of this will be inline with the background lore effecting start date, starting populations, resources etc.

As an example, pirate factions(which are procedurally generated based on a main faction) can be somewhat nice guys like Robin Hood or really bad guys who will enslave and or attempt to genocide your pops for some cookies.

That video is very non exhaustive as stated in the description. The really “fun” parts need some more work before I show it off.

…So yeah, it will probably be closer to Dwarf Fortress than Distant Worlds when its on all cylinders.

Am I right in interpreting this as the game world generation will be more similar to Dwarf Fortress - asymmetric, with a history, etc - rather than the default in most 4x of all empires starting from scratch?

In what ways is the player constrained to make this more like a role playing 4x than pure 4x?

essentially a civilization that does what it wants

So you don’t have direct control of everything and just give orders which characters in your empire try to carry out? Like I want more resources, so I can give some mining ships a mission and they will try find some asteroids and mine them?

The degree of control depends on where your main character is. You have complete and direct control for the ships in your current fleet and those close enough where you can see the ships in 3d. The rest you give general orders to and will have auto battles on their own. For colonies they have to be in the same cluster as you for direct orders.

For mining for example you give the order from the base like a colony, and set the amount of ships to use that are available to go and mine or do other actions. Its in the video for a few seconds.

Yes it will be somewhat like DF in generation of the map. However there will be premade star clusters and systems, which won’t get the full procedural treatment. There is generated history, including battles that have happened, and for the characters etc.

Player is constrained mostly by the faction traits and the population(with traits) in it. It gets a bit complicated and I don’t want to spoil some stuff in there so I won’t say too much more on that… but lets just say it won’t be so easy to be genocidal conquerors and get away with it.

I don’t believe that I have seen this approach to research in other space games and I am intrigued.

“ The research tree is dynamic/non linear with which you will generate your own techs. There is essentially no tech tree, but paths created by the players actions including the abilities of scientists you have assigned to them.”

I’m intrigued too, but have no idea what it really means. I recall Stellaris had a very unique sounding tech approach before launch that turn out to be ok but not ground breaking.

The degree of control depends on where your main character is. You have complete and direct control for the ships in your current fleet and those close enough where you can see the ships in 3d. The rest you give general orders to and will have auto battles on their own.

Oh man, I love this.