I find it suspicious that F&R are coming out with this stuff now.

The conflict has been going on for several months, according to F&R, in private. Or, do you object to not being told about it before?

So you drop the landers to gather resources/stuff in an area around them or do they drive around (animated) on the little planet finding stuff of their own volition?

Been wondering the same but better suited for ‘new thread’.

Yeah, WestWorld is actually a great example of this sort of thing, albeit of a heavily pre-planned variety, rather than a randomized one: this vast world, increasingly wild and dangerous the further out from civilization you go, with this bewildering array of interlocking plotlines (and even non-interlocked plotlines can be brought together by sufficient “player” effort). Only difference is that WestWorld resets itself on some sort of automated timer, whereas a pure West Marches game would simply continuously build on itself until reaching the conclusion (whatever that might be).

Gotcha. I would say between the two Star Control is a bit more like Westworld.

Let me walk you through the beginning (I equally exasperate our legal folks and marketing folks for posting insider stuff on Tom’s site): 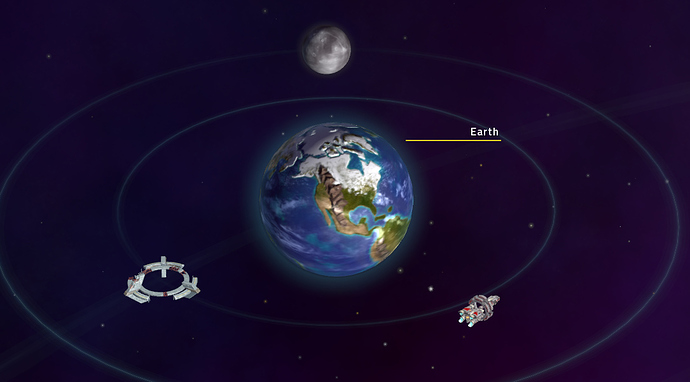 You start out at Earth. And Sol is the “Sweet Water” here. It’s safe. Well, semi safe.

The planets and moons in our solar system are pretty well understood: 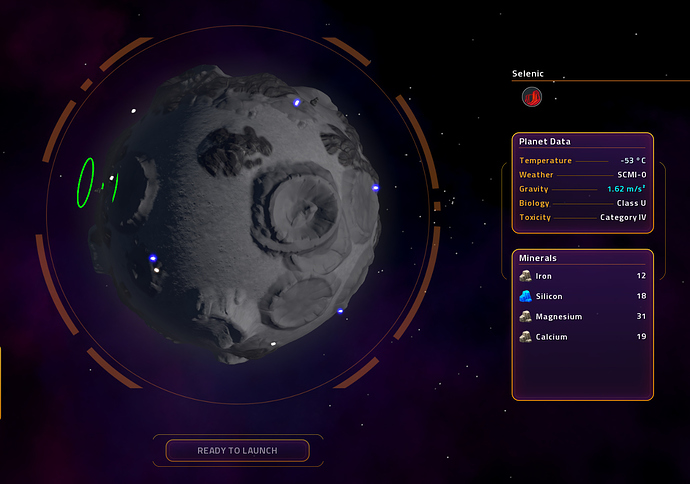 Even the first couple of species you encounter are fairly friendly, approachable.

But as you get further and further from home, things get increasingly dangerous and alien. The missions become less black and white. Are you the good guy or the bad guy here?

Star Control doesn’t demand you be “the good guy”. You are free to wear the white hat or the black hat or somewhere in between based on your interactions and deeds. There’s no “reputation” meter here.

Every action you take will make some slight change in the universe. It might be tiny or it might be very noticeable.

Bucholz, the lead writer, keeps shocking me as I say “Why did this happen?!” and he said “Well, did you do X on Y?” and I say…“Well…yea, I was just testing…but that was totally unrelated…”

You really have to break modern game habits where every “quest” is silo’d. The game is designed to appeal to modern audiences visually and in terms of enjoyable gameplay. But at its heart is the classic DOS game style experience where that house you robbed earlier has some consequences many hours later. (That said, we do ensure that nothing you do blocks off your ability to finish the main story – but it can make it harder).

Your state engine is a great way of doing a version of this kind of thing on PC. Like I said, there’s not a living mind (AI or otherwise) at the core of the StarCon simulation that can take any crazy player suggestion and run with it to generate new content from existing materials in the game-world (at least not yet), but with sufficient pre-planned branches and paths, you can replicate most of the feel of it. Mind, actually coding a state engine that can accurately track dozens of interweaving plot threads each of which might have half a dozen or more states on three to four different progress tracks apiece would probably be an engineering miracle. . .but the mind does salivate a bit, does it not? :-D

Indeed. And that gets to the heart of why Adventure Studio, the application, is such a big deal. Many writers being able to layer their own stories with each other will make the world feel richer and ensure we have many voices for the player to experience.

Right now, I’m waiting for AS to be friendly enough to hand over to…well, writers. Not techies. Authors. Chris will let me know when it’s reached that point. I think it’s almost there.

Sorry for the weird tangent, but like I said above, some parts of how you guys are designing this–large amounts of open, explorable, progressable content spread across a vast and unexplored region that’s highly player-responsive and largely “non-necessary” (from the perspective of a main plot track)–remind me of a West Marches style campaign, which is super impressive. If y’all pull off something in that vein, I’m gonna feel like I ripped you off with the $100 buy-in!

My basic run through tells me that the main plot, if you b-line it will take between 15 and 20 hours. But most of the fun of the game are the subtleties of the rest of the universe.

We’ve been working on this for 4 years and after Elemental, I wanted to make sure we didn’t talk about our plans until this was actually working, in-game so that people wouldn’t be let down by the final result.

I love how easy it is to post screenshots now.

@tomchick if you’re having to pay for hosting this stuff, drop me a note. 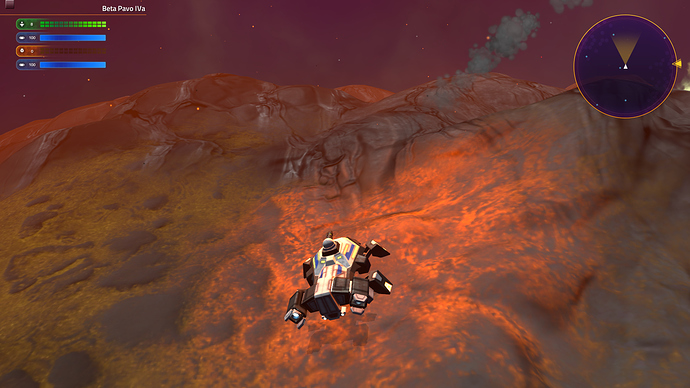 The lander got an update. We’re still working on the jets. Maybe next week.

A big benefit of the Nitrous object space lighting system is that we can have, in essence, unlimited light sources.

The planet exploration part is still going through a lot of work based on play testing. You spend a lot of time on planets so it’s critical that this part of the game is really fun.

Ah, was wondering about what engine you’re using. Good to hear its Nitrous, that meaks Vulkan support yes - or is that a per-title support thing?

Someone brought up in the legal thread that they felt the idea of ship customization in Origins feels against the spirit of Star Control. I think the question could be asked even more broadly about the idea of User Generated Content in Origins.

Personally, I think the UGC angle is one of the exciting things about Origins. Leaving aside the “spirit of the original games” for just a moment, one of the things about the structure of Star Control II as a game is that it’s a great platform for user content: A sprawling universe of star systems, which the player can interact with systematically (harvesting, combat, etc), with points of narrative interest conveyed in written text. Opening that up to users will result in, of course, lots of subpar content, but there will be a lot of things that will rival the original games for inventiveness, humor, and good game design. (That’s assuming they get the tools right, which is a huge challenge, but they seem to be heading in the right direction.)

I do find it a little hard to imagine giving players a ship customization system but not some kind of alien customization engine as well. I admit, I don’t know what that would look like. But if I were going to make a content mod for Star Control, I’d want to be able to invent new alien races. It’s possible there’s a solution to this in Origins that I’m not aware of.

So the UGC angle is smart and pretty cool. But it does mean that part of the experience that people associate with SC2 is going to be compromised somewhat. The identification of this alien species with that iconic spaceship is an example, as someone pointed out. Maybe Stardock’s official content by itself will feel very reminiscent of the original game and you can just play that and ignore the rest of the UGC galaxies. That’s probably what they intend, and it’ll come down to how well they execute on things like narrative, style, and pacing.

Anyway, I respect that Stardock is actually not doing a simple new version of SC2, especially because they’re a very different company from Toys for Bob. Which is another reason that it would be best for all of us if both Origins and Ghost of the Precursors were to get made.

I might be the minority, but the arcade gameplay is not really something that concerns me. For me, those sequences were the stuff that was in between all the interesting stuff to do in SC2.

Glad the team is spending a lot of time getting this right. It can absolutely kill a game when you don’t (see Long Journey Home…though admittedly I only played in beta).

@tomchick if you’re having to pay for hosting this stuff, drop me a note.

Someone brought up in the legal thread that they felt the idea of ship customization in Origins feels against the spirit of Star Control. I think the question could be asked even more broadly about the idea of User Generated Content in Origins.

So the UGC angle is smart and pretty cool. But it does mean that part of the experience that people associate with SC2 is going to be compromised somewhat. The identification of this alien species with that iconic spaceship is an example, as someone pointed out. Maybe Stardock’s official content by itself will feel very reminiscent of the original game and you can just play that and ignore the rest of the UGC galaxies. That’s probably what they intend, and it’ll come down to how well they execute on things like narrative, style, and pacing.

Over the last few years we’ve had many conversations with our Founders group which, you can imagine, is heavily populated with fans of the classic series. And what we’ve learned is nostalgia is hard to overcome.

For instance, in the Super-Melee game (1 on 1 space ship battles) what is fun to do with your friends falls apart when you’re dealing with people over the Internet.

In Origins you will end up with, my guess, around 20 canon ships and those are the official ships (which will get added to over time). 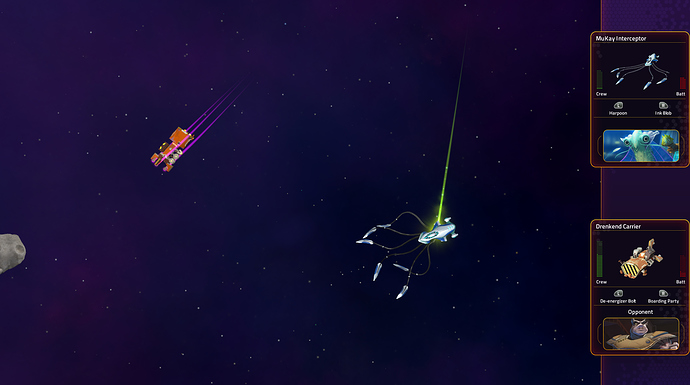 And to be fair, some of our canon ships just can’t be designed in the editor. But as we learned in GalCiv, people really enjoy making space ships and so that’s a fun way to extend the Fleet Battles parts of the game.

In terms of the adventure game, obviously, only canon ships are in the main game.

…WAIT a minute…you’re not the wallet inspector!

I’m on my phone, so no comprehensive write-up, but basically it was all the rest of it?

I hadn’t really thought of it before seeing the discussions of the starship combat now, but that part of the game is not something I have thought much about when thinking of SC2. Well, I did play the first one too, which was mainly space battles IIRC.

The battles were obviously important and central to the moment-to-moment gameplay, in addition to building the sense of identity for the different species (an interesting parallel here is the ME3 multiplayer).

When I think of SC2 I mainly think about the exploration and sense of discovery, the interactions with the different species and humor, the story and plot progression (especially that it advanced by itself), and prioritizing resources for upgrading the flagship. If I were to summarize what I think was my favorite part was the immense sense of scale that the game imparted. And that it actually managed to deliver on it and live up to the expectations it gave me.