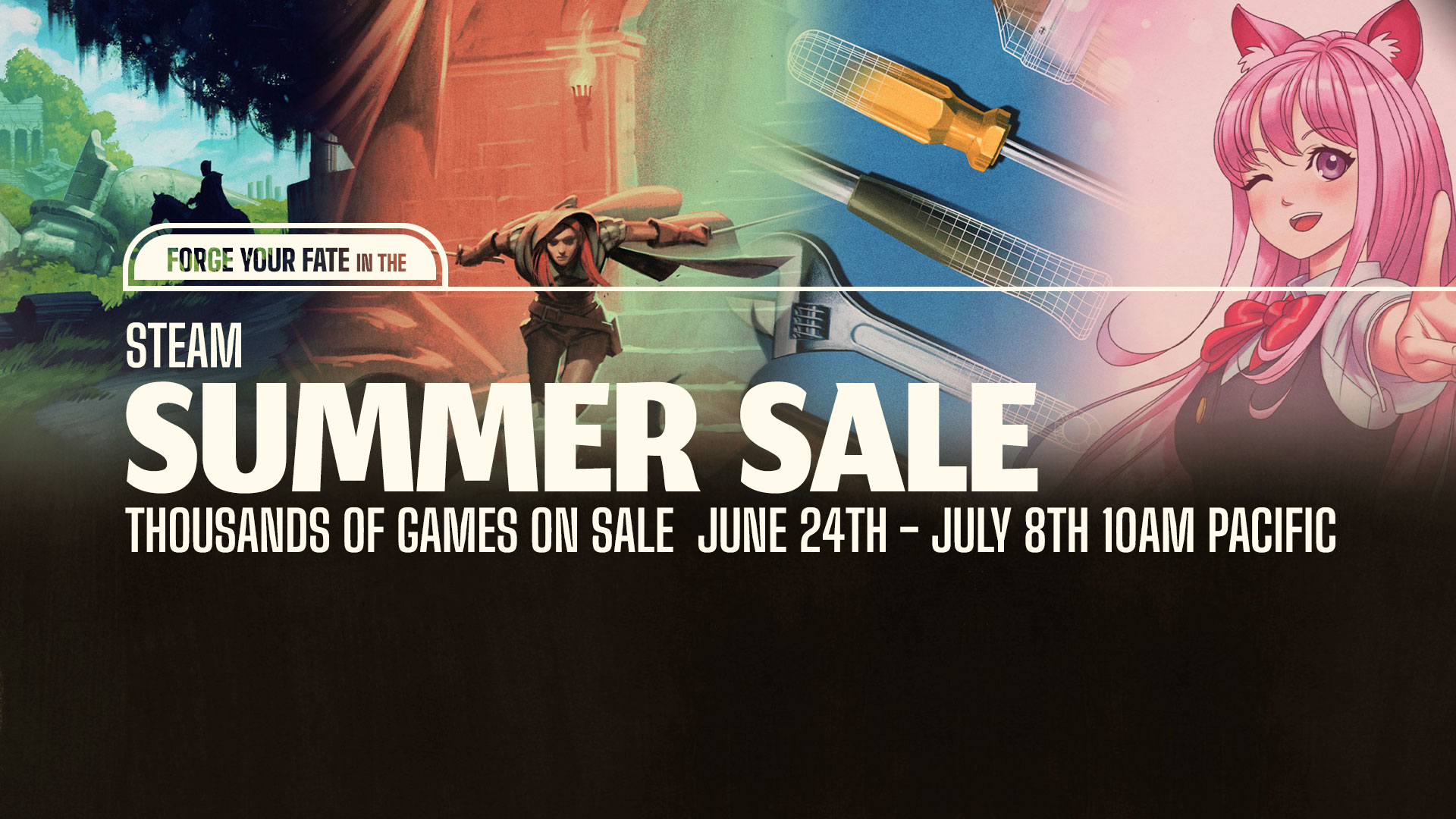 The Steam Summer Sale is on now! Find great deals on thousands of games! Plus, visit genre pages to earn stickers and a special badge while completing your Forge Your Fate story book.

Some weird choose your own story thing going on, for stickers?

Considering these three from my wishlist:

Some weird choose your own story thing going on, for stickers?

I made my choices based on what I thought would give the better sticker.

Some of these stickers are disturbing!

I am the Gorilla Scientist!

If you had “Fifth reply” in the pool, you win!

Please tell me this is satire and that you aren’t this entitled.

Everyone says that, and it looks cool, but I worry it will be just too hard for me. I should just grab it and enjoy, you can’t really complain when it’s $13.

If you had “Fifth reply” in the pool, you win!

Damn, we really should have set an over/under and taken some bets.

Everyone says that, and it looks cool, but I worry it will be just too hard for me. I should just grab it and enjoy, you can’t really complain when it’s $13.

I love the game. The game play is fun enough that I don’t care that I’m not beating the game. That said, I believe there are mods that make the experience easier and/or more consistent, if that’s what you need.

I am the Gorilla Scientist!

As am I! I have no idea what that means!

I can highly recommend Cogmind. It’s an extremely intricate and unique roguelike.

I will counter opinion the others here and say that I was not a fan of Noita. If you’re on the fence you probably have 12 other games you can play first so just leave it in the wishlist. :)

Then again if it looks like the bees knees to you then grab it. My overall take is that it did everything the trailers promised but was significantly harder than I thought.

Also more randomness(?) than I like: each run I felt like game me very few options to find wands I liked, unlike say Dead Cells where I felt like I got something good in nearly every run.

Uh… It can keep you busy for a while as you try out the thousand so units, each with their own lore.

Honestly, half the fun of getting into Dominions is just reading the text out together for each of the 90 odd nations, and playing with the different pretenders. The user generated mod nations add more to the game play, and when you went something to really spice it up, the is a program that instantly generates mod nations based on the different weapons and races that Dominions has (natgen).

But after you has covered the basics of the game, you quickly realize the AI is just not up to the task of playing with any more skill then just sending tons of troops at you.

So, if you are the type of person that just wants to read about a massive world based on historical mythology, that is just massive systems then SP is fantastic. Things just work in cool ways. If you have goats in your army, maybe a dragon will attack you (which you can try to charm). If you have summoned Trolls, there is an event in which one of them convinces more to join you.

If you have both types of sacred units in your Army as Jomon, they might get drunk and fight each other.

It’s just a lot of systems working together, and ever so often, it goes beyond what you might expect.

After that though, MP is really the place to be, and we have been starting games every 4 or 5 months.

I know we had a few newer players in the last game we played, so maybe they can say more about how the SP has evolved.

Damn, I wasn’t expecting it to come up so quickly. I totally lost that one :O

I have grabbed the first Nioh, which is kinda cool, although I don’t like the loot thing, and the amazing @Chappers made me the Rift Wizard present: that game is as complicated and compelling as I was hoping it’d be! I reached the 4th floor in my first hour of play, and I felt really good about it.
Lots more damage to come.

Nice picks there @Scotch_Lufkin: I confess I grabbed Geneforge Mutagen for the iPad this year (and Cogmind is has been a long, long love affair). I’ve almost finished Geneforge, but I’m a bit stuck to the point where I remember becoming stuck: the game doesn’t pull punches in its last stretch, unlike many power fantasy RPGs, and I’m having to resort to my full arsenal of saved up consumables. I do not know if you played the initial release, but that remake with new summon balance is really, really good.

Any actually like the stories? I love absurdist humor so some of the results made me chuckle.