It just does not convey what you think is fun

Sure, if all you say is “this game is fun”. I’d expect a game review to be ever so slightly more verbose than that!

You’re still ALLOWED to simply call a game fun. But you should know that (unless we have other information about you and the game) you’re not communicating anything by doing so.

100%. This is why I trust Tom’s review. Not because I always agree with him. It’s because when I don’t agree with him, I know why.

But you should know that (unless we have other information about you and the game) you’re not communicating anything by doing so.

Just like putting a numeric score on a game!

No one says that (anymore)

Now you guys are overthinking it!

But seriously, I agree with you, “fun” is a lossy word, the writer relies on it to convey information that is lost on the reader, who has no context at all. So it’s an easy - even tempting - word to use, but all the reader gets out of it is that the writer had a good time. Tom is absolutely correct that a review should not rely on the word (I hesitate to say “never use” because why impose unnecessary rules on yourself?).

So this my feeble attempt to go back on track.

is not on sale on Steam right now.

But if it’s on sale @ Fanatical and Green Man Gaming. 25% off at GMG if you have XP and 21% off @ Fanatical. Fanatical gives you a 5% extra off coupon (multiplicative) if you make a purchase from them. So you can grab a bundle and get the 5% coupon.

Roguebook is a great game and we have a thread over here.
Roguebook: Roguelike card battler. Probably no yaks. - Games - Quarter To Three Forums

All right, I’m confused. I went through my wishlist and looked at what friends are playing and there isn’t a lot that is giving me that ‘oh boy I want that game!’ feeling. I looked at the Steam top sellers - still not much. I don’t even feel like I’ve bought that many new games lately. Usually there is at least a couple games I really want to get.

I put some stuff in my cart and this is what it is right now:
Tainted Grail: Conquest
A-Train PC Classic
Master of Magic Complete
Roll for the Galaxy
Armageddon Empires
Castles of Burgundy
The Talos Principle VR
Serious Sam VR: The Last Hope
Wakamarina Valley, New Zealand

I think the only one that I know I want a lot is Tainted Grail: Conquest. I’d probably like A-Train Classic, but it seems like it may be hard to look at. All the recent talk of the new version Master of Magic got me interested, but that game is really ugly. I’ve got Armageddon Empires direct from Cryptic Comet and it’s been ages since I’ve played even though I thought it was pretty good. I’ve got the physical versions Roll for the Galaxy and Castles of Burgundy, and like them quite a bit too, but I don’t seem to play my digital board games that much. I like the idea of playing them, but I tend to choose other things.

I keep feeling like there is some great game I must have lost track of and want to get it, but I just can’t think of what it is. I think I finally hit the point of having too many games (I’m pretty sure I’m not alone here).

Roll for the Galaxy

Get it for your phone. It’s a great ‘I need a 5 minute break’ game. Which means mobile is the superior platform for it.

Just picked up Dorfromantik. This is supposed to be a relaxing builder puzzle game, but my first game was a little stressful since I kept getting these curved railroad tiles. Railroads are the devil’s creation.

I picked EDF 5, to sing along Kolbex, and Space Tyrants, to finally be one of you :O
First contact with EDF was hilarious (what a localization!), second contact with Space Tyrants was wonderful. I understand the game will become frustrating later on, but this is very stimulating.

I’m finally enjoying Wing Diver in this one.

I have only played with the rifle guy, but I enjoyed welcoming back the 20 year old bugs (and I don’t mean the ants), like that camera switching view, oh I have to fight against it, oh it doesn’t work, oh I got controls back, oh I’m staring at my feet!

this is very stimulating. 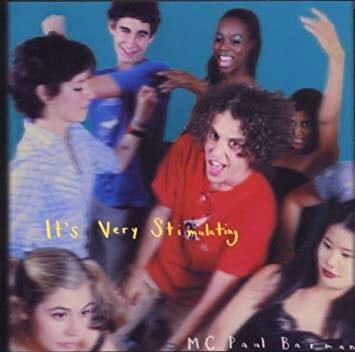 Oh, the camera zooming to show things happening? You can turn that off in the settings, though I can’t remember what it’s called. That’s never happened in 4.1 that I recall.

Thanks to many suggestions in this thread, my haul (so far!) looks pretty good. Lots of more relaxing sounding games in my future. Thanks to @Coldsteel in particular for a nice list.

Didn’t get much so far, though I’m debating picking up some Truck Sim DLC. Just Foundation, Everspace 2 (though I don’t plan on playing till the next big patch), and the Jurassic Park DLC for JW: Evolution. Oh, and Polybius even though it’s not on sale.

Ahh! Someone save me. I’m about about spend an ungodly amount on pinball games and fighting games that are super cheap. Any recommendations for arcade style games?

I have in my shopping cart

They are all at a good discount, but add up to more than 80+ money. I don’t know what I am going to do. I don’t have time anyways … Maybe Steel Division 2. Too many options! All money spent in a steam sale is more or less money burnt, because the backlog does not play itself.

For Spellforce 3, @newbrof , unless you are planning on completing everything, may I suggest looking at either of the two stand-alone DLCs - Soul Harvest or Fallen God.
Both give you an updated version of the game, access to all the base factions + either 1 or 2 other factions in MP, and have, I am told, better plots. I’ve only played Soul Harvest, and its a tight 20 hour game, but @BrianRubin has raved about Fallen God.

Soul Harvest is fun because besides making your main character, you can make merc characters that you can switch in and out at any time, and they are the same level as your party.

I should note that they are promising an update to the original Spellforce 3 to be up to the same standards as the DLC, but I don’t think that has arrived yet.