Got Tiny Combat Arena, finally. Looking forward to that.

For an additional $2.37 I picked up Orbt XL, CAT Interstellar, and Side Meier’s Ace Patrol Bundle. Because cost of a medium fries.

I’ve honestly only played 4 but I really enjoyed it.

It’s been a while since I played 3. I see it as much more of an evolutionary than revolutionary change. 2 remains my favorite in the series, yet I don’t think I’d go back to it other than maybe for comparison purposes.

Maybe this video can help: 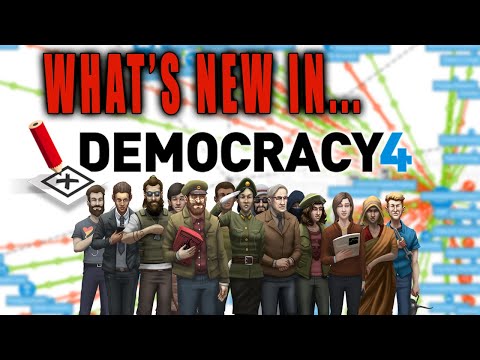 Not that I’d want to go too far into that comparison: it’s certainly much more thinky than an xcom game. And on the harder difficulties it requires very careful play to avoid running into an economic hole.

One of my favourite games of recent times.

I’m sure anyone even remotely interested will have these already but Zach just released their LAST game, and most of the others are discounted: 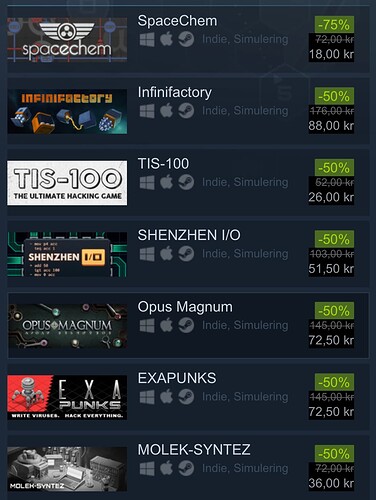 image1170×1552 118 KB
Spacechem is my favourite one, Opus Magnum was the one that got the most attention- also very good and extremely giffable.

Such great puzzleish games to pootle around with

So far I’ve only bought Airborne Kingdom, but the sale still has a full day left to go!

I picked up Solitaire Conspiracy as it was dirt cheap.

Same question. Initial review were lots of grognard detail, awful interface… But it was a released 15 months ago, so perhaps some things have been fixed?

That’s the info I was looking for. Surprised this isn’t more well known with our wargame grognards here!

We’ll see what Humble brings in 3 hours. So far I’ve picked up some DLC for DJMAX and at the very least I’ll be adding Homefront: The Revolution for some Timesplitters goodness.

Thats right its humble day! Airborne Kingdom better not be in the monthly bundle, lol.

I only picked up Songs of Conquest so far, and likely my only purchase.

It is still in EA and only 25% off, but looks like it has some new ideas worth trying for a Heroes of Might and Magic type game. Once my ARK addiction on the new map ends, I will check it out.

I haven’t bought myself anything yet, but I’ve received Solasta and Gordian Quest as gifts and feel like that’s a pretty damn good haul unto itself. It’s nice how the summer sale always coincides with my birthday!

I’m waiting for the Humbler (though if it’s actually Deep Rock Galactic as the headliner that’s disappointing for me, since I played all I want to of that a long time ago).

I’d have already bought Redout 2 (not on sale, since it just released) if they’d stop being obstinate about some of the event difficulty issues being reported. I find I’m waiting for a patch, which surprises the hell out of me because Redout 1 was an absolute favorite of mine.

Thanks for the video. I wish I could remember what it was about 3 I wasn’t crazy about. From what I can remember it does seem like a more polished version of 3 that comes with extra content. Which isn’t bad if I’ll enjoy it :-)

This is the first Democracy, I’ve bought. I only played for a couple of hours. My initial impression was what I expected, tons of detail, in a glorified spreadsheet. The interface was reasonably intuitive. What was not obvious is what to do next, which I suppose is very realistic. Should I raise taxes on tobacco, and not alcohol to increase the overall health of the country? It appears to make poor folks, smokers, alcoholics, and conservatives unhappy. It also makes corporate America mad. There is a long delay before the policy will show any benefit,and the money raised is pretty small. I’ll put it toward, better health care, and STEM education. I might try something fun like experiment with different policy proposed by P&R!

Slipways is a hard game to pigeonhole. It is not inaccurate to call it a puzzle, there are definite patterns, but it is more.

Typical game play is, You need people to produce bots on your industrial planet, bots can make food on a jungle planet, send the food to your earth-like planet which increases the population, you sent people.to the industrial planet. You now have completed a classic three-way trading.

This normally takes hours to accomplish in normal 4x. In Slipways you’ll spend a couple of minutes thinking about how best to do this, then in 6 clicks, it is done.

Chess, and Go both are puzzle/pattern recognition games, but more properly are called strategy games and I think the same thing is true for Slipwise.

Several things separate it from a casual game, (the last 3 I played were Angry bird, Candy Crush, and Wordle so I’m not much of a casual gamer). First, it feels like a 4x space game. You are constantly trying not to go broke and keep your people happy. You also need to research things. Research improves efficiency, but also allows you to break the fundamental rules of the game. There is enough randomness in each playthrough, which you have some control over, and you have near complete control over reseach, but only limited control over which techs are available to you. Consequntly, each game feels quite fresh.

What I found really refreshing in the game is no combat, which is a provocative choice in a space 4xg same. A bit of rant, I’ve played a lot of space games 4x lately, It is amazing how much of the games are devoted to combat, ship design, tech trees, ground army, planetary defense etc. Which would be fine if the damn AI, knew how to build and use its military. All too they do not, so either I quit or essential hit next turn for a long while I proceed to the diplomatic or tech victory.

Slipwise, instead goes back to the casual game standard of putting time pressure on the player and rewarding you with gold stars. You have 25 years, and while the game it is not real-time, each action takes between 1-3 months. Unlike a 4x where it is a relief to finish, at the end of Slipwises game I always wish I had one more year.

I have now received a 5-star score., so I’ll take a shot at the campaign now.

I’m hemming and hawing over the following, ordered generally in my excitement level:

Are any of those screaming out to be bought and probably thrown on my backlog?

I can verify that what little I played of Colony Ship was EXCELLENT and I am DYING for it to be finished so I can keep playing it.

The most interesting thing about Solasta is that is a faithful rendition of the latest D&D rules. (Which are lot different than the last time I played 25+ years ago)

Everything else is competently done but not really outstanding. It is a good enough game that I put 60 hours into playing in the last couple of months. But not great enough that I’ve felt compelled to finish the remaining 20-25% of the campaign.

Here are my final summer sale purchases. Now I need to make an effort to try to play some of these before they get forgotten in the backlog.

Fanatical gave me a $5 coupon for filling out a survey, so I picked up Riftbreaker.

Thanks to reinstatement of 10% discounts via this month’s Humble Choice, I also grabbed V Rising for about 20% off.

Still waiting for They Are Billions to get a better discount someday.

Fanatical gave me a $5 coupon for filling out a survey, so I picked up Riftbreaker.

Awesome game choice! I also took that survey, I recall it said they only had 100 of the $5 vouchers to give out, so you were pretty lucky!