I prefer lowest habitability to keep my planet count in the low dozens by end game.

The population mechanics are controversial, mostly for sharply reducing growth from the mid game onward.

I think there is a connection here - when the growth slowdown kicks in depends a lot on habitability and galaxy size. So a mechanic feels a tad restrictive on low habitability feels much much tougher on higher habitability.

I am sympathetic to people who think they should have cut the base number of pops per planet and adjusted from there. As you say, it’s an abstraction, so having fewer or more pops doesn’t really change anything.

Having the population growth rate decrease with empire size I feel is just a bad mechanic, because it doesn’t make sense. It’s hard to see why you could say triple the growth rate of a set of planets by dividing them into 3 closely-allied empires versus one empire. It doesn’t seem like the implications for some types of empires that can’t conquer pops were thought through.

Yes, I agree about the planet population capacity rebalancing. I think they estimated how many pops (per galaxy) the average player PC could handle and imposed that cap arbitrarily through a nearly hard ceiling via growth slowing sharply. Without adjusting many other numbers to match that sudden brake on pop growth in mid game on the biggest galaxies.

Instead, they should have estimated that max number of pops on the biggest settings (huge galaxy, max planets) and then scale average pop growth rates against that, so that a full galaxy would reach the max within a few decades of the average game end year. On smaller galaxies you still have the same growth rate, but never reach the lagged out max at the galaxy level.

Then, scale all resource output and costs against that. It may sound daunting but it’s work that an intern should be able to do in a week or so.

Instead, they should have estimated that max number of pops on the biggest settings (huge galaxy, max planets) and then scale average pop growth rates against that

I agree with the overall approach, but I think they could also look at sheer pop numbers. Dividing pop numbers by 2 and increasing yields per pop by the same factor would go a long way. So one pop per mining district instead of 2. All housing numbers cut in two, etc. There would be tricky cases where things don’t divide nicely, but I think those are smaller scale and more localised than other potential problems. Then close whatever performance gap you have at end-game by adjusting overall growth rates as desired.

As it is, the population limit really drastically changes things in a large galaxy in ways that I think are much harder to balance than straight up allowing fewer pops per planet.

The new growth mechanic makes colonizing new planets after 80-100 years into a trap for the unwary player. You just don’t have the growth rate anymore to make it worthwhile.

Hmmm. Reading along… Is the new growth mechanic game breaking?

I appreciate the care for the perfomance in my potato, but it has several issues: ring worlds, habitats, ecumenopolis, … are always mostly empty; it’s easily gamed with vassals, raiding, and so on; purging civics or selling slaves are just pretty bad choices; growth modifiers don’t do much; it doesn’t really cut on micro if you care about having free housing for max capacity; some jobs are even more of a waste due to pop cost; and the UX isn’t the best in helping you know how growth/sprawl/housing/amenities/… all fit together to inform your choices; it doesn’t scale with galaxy size, so the larger ones will be pretty empty; enjoy thousands of alloys for one robot.
Reading the forum thread for examples, it has the effect of a blunt tool, but it’s not necessarily unsalvageable (unlike espionage ops, cough). YMMV, I decided not to deal with a beta system and cut the modifier in half, which looks like a good compromise while they figure it out.

YMMV, I decided not to deal with a beta system and cut the modifier in half, which looks like a good compromise while they figure it out.

What mod did you use?

My own, a quick defines.txt with

3.0.3 beta patch is out. While I liked all of the new features of 3.0, and the intention of the population rework, it did feel poorly balance from the mid game onward. Watching from a distance (while I try to wrap up RDR2), hope they get the balance right soon enough…

Hello everyone! As was announced yesterday we have been working on another patch for Nemesis for you all to try out in an open beta. The reason we are doing this as an open beta is to be able to gather some feedback on the changes that we've... 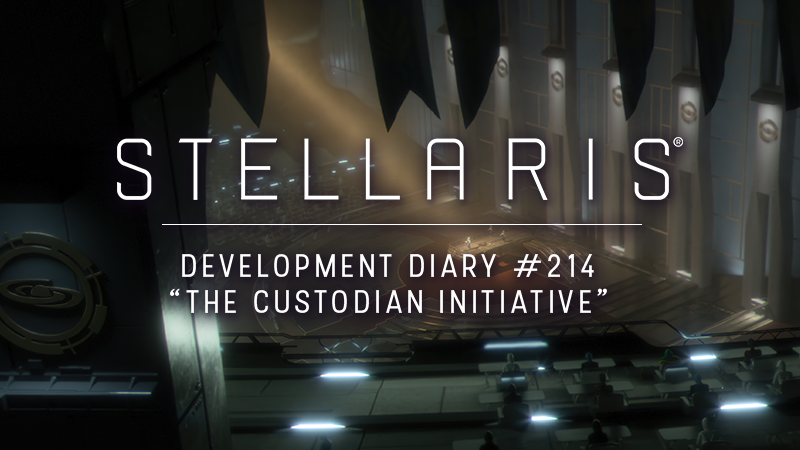 Greetings! Today I am here to announce some very good news! Stellaris is not slowing down, but rather picking up the pace! We at PDS Green are very happy to announce our new “Custodians” initiative as well as the next free update, coming sometime...

What we have done now is that we’ve staffed up, and split the Stellaris team into two teams that focus on different aspects of the game. One team, that we call “the Custodians” team, will focus on free updates that we aim to release every 3 months, while the “expansion team” will focus on creating new content for the game.

Examples of what “The Custodians” could be working on:

Encouraging on paper. The AI still needs a lot of work, and some of the values throughout the game obviously are not yet balanced against the 3.0 mechanics changes. So, work on these would be very welcome.

I was a fan of 3.0 and it’s beta process, it got a couple dozen hours from me before I petered out. The early to mid game is significantly improved. Unfortunately, it still was a terrible drag after the first 100 years, so they still have to figure that out. Spying and some other mechanics help. The problem is there isn’t much “fun” to optimizing more than a handful of planets, and besides that most of the game time past mid game is war making. In the process of war mongering you end up with a ton of poorly developed planets. I like the idea from Gal Civ 4 of a majority of planets simple being a passive source of support for a regional hub planet, rather than each one requiring equivalent player management. Maybe PDX could nick that…

I still want a domestic politics DLC… seems like the no brainer solution to mid game malaise.

Old answer, but it would be hard to strip parts that people (claim to) like. Though, yeah, partly because it meandered in what it wanted to be for too long.
Stellaris 1 is never going to be a “balanced” 4x with well defined optimization points that the AI can then understand because players (and devs) want a lot of different things that are too complex to retrofit. Sure, it could work better in a lot of places, but not to satisfy people who would want that. I just wish that fixed enough of it before throwing more stuff to make the cards crash again, there’s only so much you can pretend if everyone’s always Pathetic without bonuses. (cause I’m mediocre and fine with not caring about improving)

I haven’t played in forever and fired it up again. Having fun, but there are some things I’m confused about probably because of changes since the old days.

We used to only be able to control a limited amount of planets and then we had to create Sectors once we went over the planet limit. Sectors are still in, but I don’t see a planet limit. I did see Sectors can be automated. But if I don’t want to automate my planets, does creating a Sector provide any benefit other than just as a way of organizing my planets?

Also just out of curiosity, did they axe the planet limit when they got rid of the tile-based planets? I do remember things being much more of a chore mid-game than it seems to be now, and I suspect it’s because I no longer have to deal with all those tiles.

I did see Sectors can be automated. But if I don’t want to automate my planets, does creating a Sector provide any benefit other than just as a way of organizing my planets?

All the planets in a specific sector enjoy the benefits of a sector governor, if you’ve assigned one.

That should be part of the game’s name. Maybe even its subtitle. Stellaris: Encouraging on Paper.

Sectors are still in, but I don’t see a planet limit

Also just out of curiosity, did they axe the planet limit when they got rid of the tile-based planets? I do remember things being much more of a chore mid-game than it seems to be now, and I suspect it’s because I no longer have to deal with all those tiles.

I don’t remember when it was, but, as far as I can tell, it (also) has to do with the galaxy geometry and planet scarcity, as in, sectors would be even more widely different between themselves and uninteresting.
As to the tiles… at least they were simple, quick to math, and approachable to the AI. Automation was, and is, pretty much broken, but as far as I care, automating individual planets is ok now if you don’t want optimal production from dozens of planets.

Am I limited to 12 Building Slots no matter how many City Districts I have? I tried to Google this but my Google-Fu has failed. The Wiki says I unlock them by upgrading my Capital and building City Districts, but I have 13 City Districts and Planetary Administration up and if I have more Building Slots, I can’t figure out how to access them in the User Interface — I just see the original 12 Slots with no way to scroll up or down to see any extras.

I don’t remember the number, but, yes, the number of max buildings available is the clearly visible ones that mostly start with a lock (baring mods).