On early, I have time to watch!

McMaster is playing some Odyssey , and me and @marquac are chatting.

I will be there with oreos and milk!

Was streaming some LOTRO the other day and I noticed the ‘stats’ page in OBS showed 23% dropped frames.

Turns out I had to reset the stream encoder settings (as it showed two different NVENCs). I also disabled all the sources I had setup (for various games, but not active). and it dropped to 0% drop. 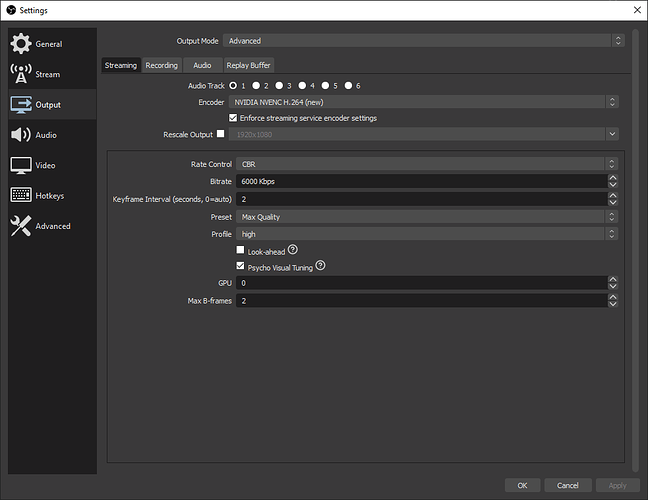 I stream at 1080p60 with these settings. I also use this screen for the actual scale: 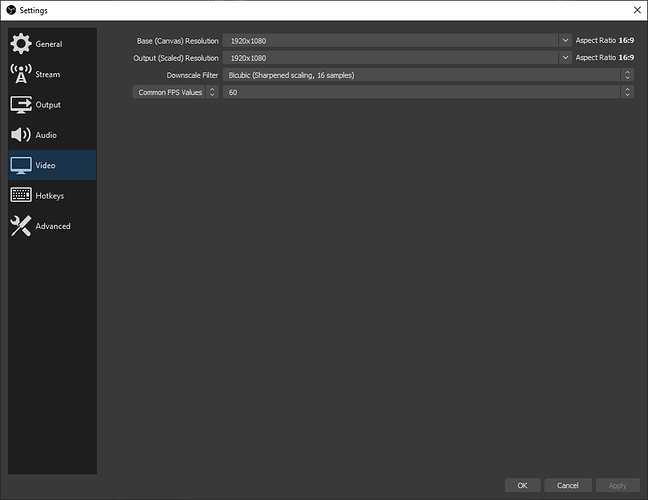 Here’s a sample of me streaming at these settings:

Damn, that is crystal clear. Wonder why mine looks so grainy/poor. Maybe because I change the output resolution? Will try tweaking a bit and see if it works better today. With NVENC pressumably working now, I should be able to have low performance hit from it. In the past I used the x264 encoder on the cpu running at around 35-40% to get decent IQ, as the NVENC looked terrible at the same bitrate.

Gonna test with Nvidia recommended settings now for some LOTRO.

when I stopped in earlier I thought it looked good!

Cheers. Had a look at yesterdays recording and it seemed decent enough. Still would like to get a little less artifacts, maybe I can up the bitrate more, but not sure twitch allows above 6k.

Looking at the GPU usage it seemed like there was a lot of ‘breathing room’ there. I’ll try with “high quality” preset. The nvidia guide said it wouldn’t offer much.

Hey sorry I missed all this. First off, have you tried the auto configuration wizard in OBS (Tools -> Auto-Configuration Wizard)? It’s insanely useful as to pointing you to the right directions for which settings to use.

Next, after the next time you stream, create a log (Help -> Log Files -> Upload Current Log) and then paste the URL it gives you into this:

It’ll also help you narrow down any settings that need to be changed.

Don’t stress. It took me hours upon hours of tweaking to get OBS to where I like it.

Seems like the biggest change was ‘reseting’ my settings after I updated to OBS25, as even though I had picked NVENC (new) it somehow had all the wrong settings.

It looks much better now

You can back up your settings once you have it where you want it. I believe it’s File -> Open Settings Folder. You should then close OBS and copy the content of that folder to a backup folder.

Hmm, haven’t really tried the new assassin creeds. Looked decent enough. Guess there is an abundance of ubistuff in them though, which makes it hard to do the storyline since I’m always trying to clear the map first before I do any missions.

Too long, I lost interest in the story mid way through, ended up suffering till I finished it. :P

Here is one of the blogs I just finished yesterday and submitted for work. It isn’t live, yet, and I’m… not sure how it will go over with the higher ups. Hopefully, well. Sorry for the wall of text, but I don’t want to link to my personal Google account just yet:

Too tired to watch!

Games, some of them spooky, played with my wife!