I’ll have to dust off the old stick. Ahem.

Lots of impressions came out yesterday. Way too early to tell if the game will be good, of course. 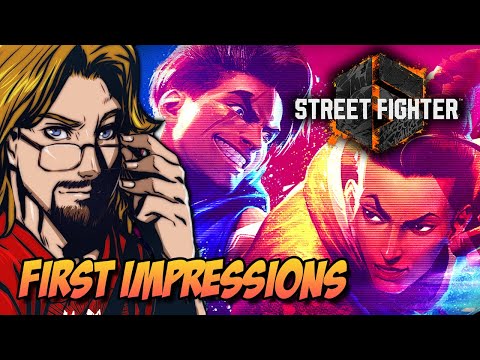 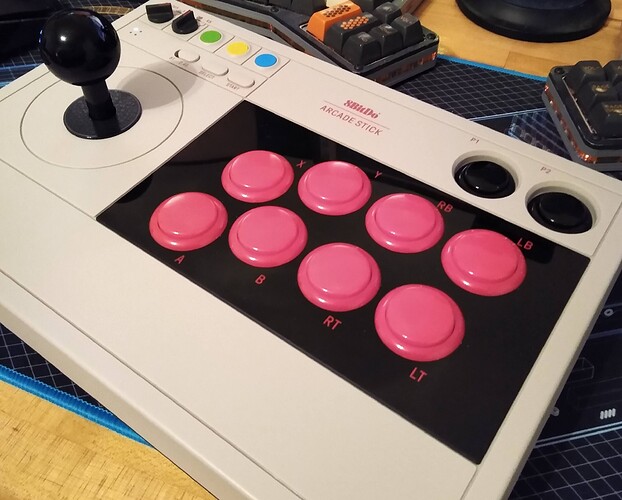 New stick to replace my SCV Xbox 360 stick which I now need to sell somewhere local.

I have RA and I found that an arcade stick doesn’t hurt my hands like a controller. As a result I’ve played a ton of SF5, SF3, and KoF15 over the past couple of years. In fact, fighting games is really all I played for a while there.

I thought getting old would affect my play, but I main a mean E. Honda and Hugo. They better bring back Hugo, I love playing that guy. He’s so much fun.

Imma play a TON of SF6 regardless of how it turns out, I’m sure. I can’t help myself.

I’m casually watching Maximilian Dood’s two and a half hour nerd-out from his experience playing the game. I’m excited how easy it sounds to do cool shit like the drive impact and the non-perfect parry. In SF5 I never really got good enough to take advantage of crush counters, which was such a big part of the game – both in terms of generating them and converting them to big damage. Here you’re going to be parrying and occasionally you’ll land a perfect parry with massive time slowdown to do a good follow-up. I’m pretty confident that even if you suck, you’ll sometimes do cool stuff in this game. The bonus is those things look amazing.

On the flip side, I’m delighted at the idea of baiting parries, which have a lot of recovery time, and walking up to throw people. I got a lot of mileage out of dirt simple mixups like that at lower ranks. 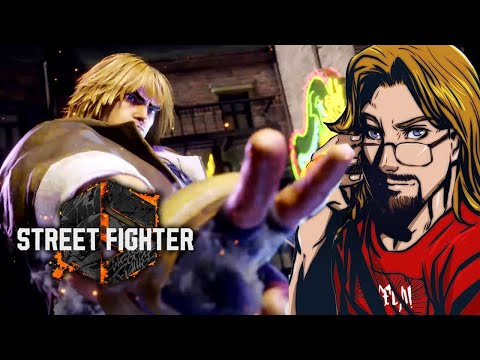 Ken is out and he sounds mechanically interesting, but he’s much less immediately appealing to me than he was in 5. I know a lot of the veterans didn’t like him in 5, and that’s fine. There was something about the pace and rhythm to his attacks and juggles that spoke directly to my character action game lizard brain. It was the only character I was interested in for that reason. I don’t get the same effect watching him in 6.

I might still play him, but he’s just a fighting game character now. 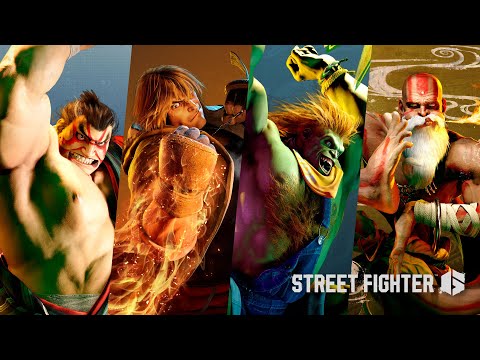 I’m weirdly excited to see what they have on those arcade cabinets in the hub. Like the idea of playing old SF games and stuff in there is just too cool. It’s like one of those “wouldn’t it be cool if?” things that no game ever actually does. 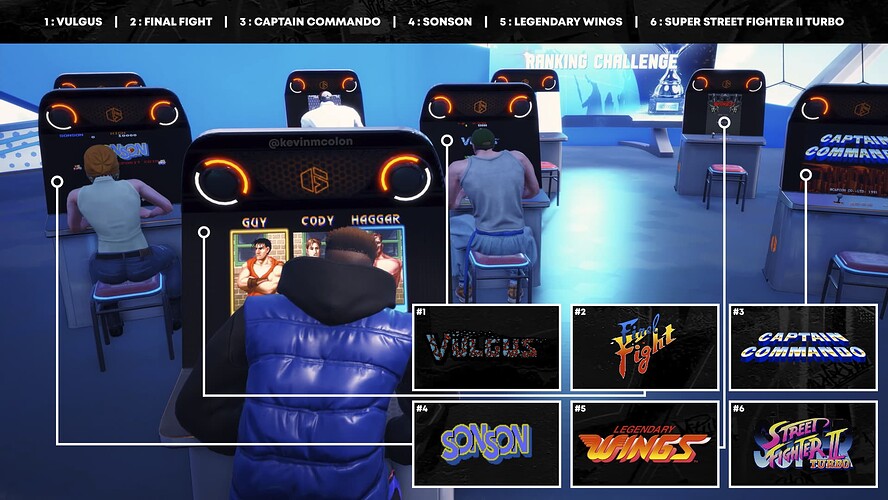 So glad this is coming to xbox I totally missed out on the last game.

It starts 3pm EST on Friday. I’m out of town Sunday but otherwise I’ll be grinding this.

I need to know how excited I should be.

I really like the concept of virtual arcade. I’m old enough to remember hanging out in arcade challenging all and sundry. Kids nowadays will finally know what they missed out!

I’m liking this so far after two and a half hours with it. The game feels like trading haymakers back and forth. Apparently every character is negative on block so it’s pretty easy to take turns. Then you whip out a parry or drive impact to mix things up.

The absolute best thing is unlimited instant rematches in casual matchmaking. Randomly find someone that’s your skill level then decide to play 10 games against them. Return to the match within seconds. As someone without a lot of dedicated friends to play against, this lets me recreate that same type of set play. I really like it.

I still miss flashy Ken from SF5 but he’s still pretty fun. The ground bounce combos are cool. They took away some of the things I actually knew how to execute in the previous game. I have a lot of trouble cancelling into supers and stuff.

In the beta there doesn’t appear to be a way to enter training mode without automatically enabling the hub/cabinet style matchmaking. I guess they want people available for multiplayer instead of grinding away like fighting game nerds.

I didn’t get into the beta, but I can see where you’re coming from reading some advanced player observations.

The base jab is now a frame slower, and there’s fewer + on block normals outside of CH or burnout conditions. This is likely going to reduce the jabby way SF4 and SF5 were played.

The lack of flash in Ken, I would not be surprised if that comes later

The one thing that worries me is the amount of safejump oki that’s in the game. I was hoping that would go away. That said, if this truly does become a problem, it’s the type of thing that’s been fixed before, and would likely be fixed again. It’s also somewhat inherent to the genre, especially as a game matures. People optimize.

I am really impressed by all the small details going into this game. It’s a great amount of fanservice and will help sell the game and give folks who aren’t into the nitty details more to do, which is important. I’ve always felt like fighting game design is like making two games at once without forcing one down the other’s throat- you have to make a good competitive game, but you also need to make a game that’s casual for the folks who don’t really want to learn the hardcore elements.

Most companies succeed at the first but not the second, NRS succeeds at the 2nd but not the 1st. Only Smash (if you count that as a fighting game) does both. Hopefully SF6 does this as well.

One small feature I love is that each player can select a different stage in multiplayer. This means two things:

The one thing that worries me is the amount of safejump oki that’s in the game. I was hoping that would go away.

Do you mean neutral jumps? That was one of the things I could actually do and they seemed to have taken it away from Ken. His neutral jump heavy kick is a kick up in the air now instead of down toward the ground like it is for a jump forward. But Chun-Li still has one, I was getting blown up a lot.

One other weird thing is I swear they’ve changed Ken’s down HP because it doesn’t anti-air nearly as well. Or they messed with the enemy hurtboxes.

Only beta glitch I noticed was a communication error every time I tried to return to the battle hub. They seemed to have fixed it today.

I’m not a huge fan of the battle hub. The voice over the loudspeaker never stops mentioning the new winning streaks – they need to increase the threshold to 10 wins at least. The character creator is a bit much too. Kids are making hideous mutant shaped people for the lulz, but it’s just trashy to look at it. I guess they need an excuse to sell people stuff in the shop.

Safe jumps are jumps you can do after a knockdown where the opponent can’t wakeup dragon punch to beat it, so it’s safe pressure, often leads to some nasty mixups.

@TheMoogleKing
What started as a curiosity turned into a challenge and oh boy what a challenge it was... Not sure if this the world first perfect parry EVO Moment 37 but regardless it was amazing to pull off. Thank you so much@StreetFighter and@takaNakayama for making this challenge possible. https://t.co/VEsAhjPmz9
TimJames December 1, 2022, 2:46am #39

Applications open. Looks like if you got into the first one, you’re automatically invited to the second one.

Hopefully I get picked this time. While the character I want likely won’t be in this (looking at Lilly), would be nice to try out the system.

I took a shot at it. Hopefully they want a 50 year old SF veteran to participate in their test. The game looks great and I’m ready. I burned out on V a long time ago.