I am kinda interested in Traveller myself, but find the sheer amount of material rather overwhelming.

I love watching Seth Skorkowsky’s overviews of RPG systems and he has a 10 video overview series on Traveller.

Might be a fun watch if you want to know more.

Hehe, yeah - I’ve seen the first one I think, where he says emphatically, that NO, you can’t die during character creation anymore.

Yeah, getting people to play non D20 games is a often unclearable hurdle.

Amusingly, our local group is almost the opposite. The SOP program we run has, over the years, run Call of Cthulhu variants (8? seasons), Chronicles/World of Darkness (7 seasons), Mutants & Masterminds 3E (5 seasons), Fate Core (4 seasons), Mouse Guard 2E (3 seasons), and a handful of one-season offerings including Star Wars: Edge of the Empire, Exalted 3E, The One Ring RPG, and a trio of PbtA titles (The Sprawl, Monster of the Week, and Urban Shadows).

Of those, only M&M was a d20 game, and then, barely so. There’s definitely been an undercurrent of demand for a D&D SOP, but we’ve been content to let the local D&D Adventurer’s League (and previously D&D Encounters in the 4E days) group take care of that, alongside the local Pathfinder Society people. We’d usually have 1-2 GMs running a d20 game during our daylong minicons, especially the fantasy focused summer quarterly con, Tales of the Crimson Boar, and obviously a lot of us are in home games using d20 systems not officially run by the Meetup group organization, but. . . yeah. We’re an eclectic group with unusual tastes, but I’ve really enjoyed getting to experience such a broad variety of unusual/indie games over the last several years.

That said, we did finally cave and got a group of GMs together to spin up a D&D SOP in a homebrew setting they’ve been developing over the last year. They’ve only got enough manpower to offer two tables a week, so I suspect demand is gonna vastly outstrip supply as our “forgotten” D&D fans come roaring in now that the void has been filled. Best of luck to our “A Dream, Awakened” team :)

As usual for him its pretty fantastic. I like his XP suggestions in the wrap-up video.

Outside of the biweekly 5e Curse of Strahd game I’m playing, I was also invited to join a two-shot “Scum and Villainy” game, both over Foundry. We did the first of two sessions last weekend. Scum and Villainy is the Firefly/Cowboy Bebop/Mandalorian/Guardians of the Galaxy-themed take on Blades in the Dark. I wasn’t too familiar with the system. I have the Blades in the Dark book but haven’t played it. The aim is to take out a lot of the rivet counting of character building and heist planning, and get to the good bits.

We were moderately successful at our session One Half. We picked out pretty fun characters. The spaceship you pick out determines the general array of missions you might run, like the kind of gang you join in Blades in the Dark determines what kind of jobs you undertake. The GM was a fan of the system. He hadn’t run it before but knew enough to answer our questions. Despite the system’s efforts, we started getting bogged down in the minutia of caper planning at the end of the session. I look forward into lithobraking our ship at least once next session.

Like our Strahd games, we talked to each other with a Google Meet link. For Strahd, my buddy who DMs has a subscription to Forge for hosting the Foundry game. For S&V, the GM did some port forwarding on his router and ran the game using his PC as a server. (I had tried hosting this way too in January for my own 5e game.) Unlike 5e, there aren’t too many moving pieces that need to be tracked in Scum and Villainy. That also means there aren’t the overwhelming number of quality-boosting modules, either. We mostly played with fillable PDFs that the GM figured out how to include as handouts. Once we closed and reopened them, we could see updates that other players used. It was a little clunky but definitely workable. We’ll see how clocks are implemented next weekend.

This video comparing all 3 VTTs makes me want to try Foundry. 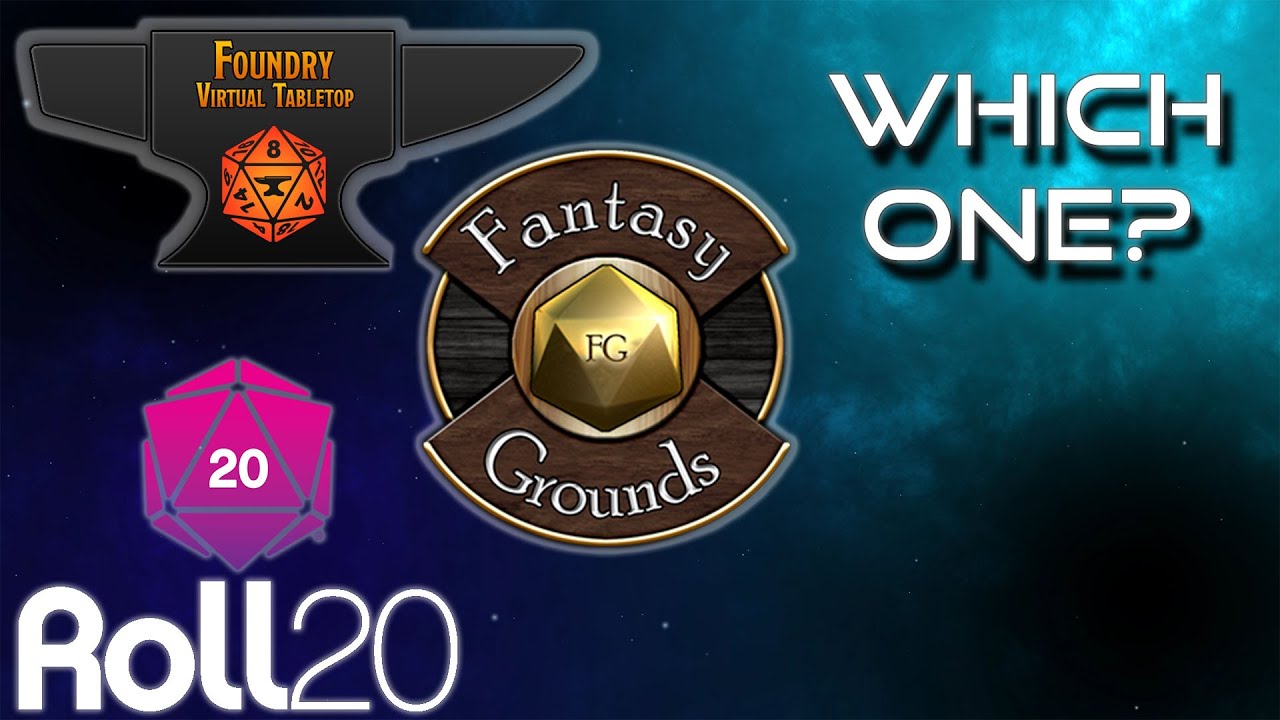 In fairness, Roll20 has been doing the trick fine for us for both D&D and CoC. But Alien might be an opportunity to play around with Foundry.

I set up my daughter’s Minecraft server. I write APIs for a living, I should hopefully be able to figure it out… Maybe? :)

He did give off that vibe a bit yeah. :)

As I said, I think Roll20 does the trick. But it’s the only one I’ve tried. And hey, Foundry sounds interesting to check out at least.

Can’t remember if I said but I played a Spire one-shot recently via Foundry and it seemed really cool, although the host/co-GM for our game is also a tech person (works for Wikipedia) and had done some preliminary setup stuff to make it smooth for us.

If you want to see it in action, I can invite you to my game as a player, give you a short tour and let you tool around in it?

Hey, here’s one more- Role (what a terrible, generic name). I remember seeing the Kickstarter last year. It looks like KS-backer early access went live last September, and then they opened it up to the public in November. Anyone heard anything?

Role - Every story, every world, every version of you.

Speaking of weird-ass RPGs that I’ll never get anyone to play, apparently a bunch of folks (as in 700+ at last count) decided to do various super small zine-style RPGs for February under the banner of Zinequest 3 (this is the third year running, natch). I was browsing through and saw a couple of cool sounding things.

Bucket of Bolts, telling the history of a spaceship, in the vein of the Millennium Falcon/Serenity/etc. Apparently it’s a take off of a game, Artefact that the designer did last year, about an ages-old magical artefact. I missed the KS, but put in a pre-order for them both.

Vincent Baker, of Powered by the Apocalypse, Dogs in the Vineyard, In a Wicked Age, etc. fame is doing The Wizard’s Grimoire, a super weird sounding little game where the only player who knows the rules is the player (an apprentice trying to unlock the secrets of a magic book), but needs to play with other folks to tell him what happens. First in a planned series. I backed the physical copy of this, too, but depending on how it comes out and whether I actually get to play it, I’ll probably just get pdfs for future volumes. Suposely being mailed out in April.

If you want to see it in action, I can invite you to my game as a player, give you a short tour and let you tool around in it?

Thanks. I’ll take you up on that when time allows. The offer is much appreciated!

I run a weekly game with it. For our needs it’s absolutely brilliant. We play a lot of smaller indie games, don’t need fancy map support or sheet automation. It’s focus is not on the virtual maps but on the video chat between the participants and a very easy sheet building tool. I love it, my favourite Virtual Table right now. So great.

I take it your players mostly know the rules, then?

I don’t run games with a lot of complex rules. There are a bunch of people that run DnD or Pathfinder with it too though as it does offer some automation. Just not Foundry or Fantasy Grounds levels. But it’s not it’s strength. I can whip up a character sheet for a new game in under an hour easy and away we go. And since it’s all build around the video chat you never loose sight of your players, which I like.

oh, Foundry and Roll20 both has video chat included in the main program, where you can see people all the time.

And sounds interesting! Its always nice to see alternatives!

It’s very different then those. While the other two have video too, Role builds everything around the video. It’s more a video chat with added dice, character sheets and white board then a tactical VTT.

I run a weekly game with it. For our needs it’s absolutely brilliant

Cool. Thanks for the info!