All these new releases reminds me - I just saw this a few days ago.

A pastoral fantasy tabletop RPG about traveling animal-folk and the way they change with the seasons.

Wanderhome - its a game set in a world, where one of the classes you can be is for instance a Veteran, carrying a sword that must never be drawn.
Its mainly about all the good times, helping others, exporing the world, and exploring and interacting with other denizens of the world.

While I have a hard time comphrehending how it works in actual play, it is immensly fascinating to me - An RPG where you aren’t supposed to stab people?

Wanderhome is a Redwall-inspired RPG that arms players with dialogue, not...

In Wanderhome, players take on the role of sentient animal folk traveling between the villages of Hæth, a world now free from its history of war and oppression. Sessions emphasize true collaborative storytelling, an orientation of play more focused on characters defining their places within a world than the influence they exert over it. In other games you level up, gather loot, and become capable of more efficient forms of dice-related violence. In Wanderhome , players avoid dice altogether and instead spend time describing their shared emotional journey.

That does sound neat. I should go give it a look. Most of the stuff I’m into is more collaborative-focused, and combat isn’t really a thing. Violence, maybe, occasionally, but as a means to drive the story forward, not a thing unto itself.

oh? That IS very interesting. More rpg than boardgame I assume. I must admit I have little understand about how this works in actual play, as I mentioned. I suspect it may also require a large amount of investment by the players to make this work?

I’d be very interested to hear more if you decide to give this a try!

Symbaroum is great, but I really like their original system tied to the setting (only players roll, very lethal, very streamlined). I think something will be lost moving it to 5e unless they really modify the rules.

Other interesting thing about the setting is that it’s focused on a seven part mega-campaign they are now close to finishing.

It does seem that they have added quite a few rules that modifies gameplay here.

What I do like as well, is that 5E is understood by all my players - they are more social than roleplayers, so the systems aren’t important to them - thus, this seems like decent way to introduce a new world/system to them , without them having relearn an entire new system.
Also - it should work fairly easy with all the Foundry VTT trappings, as its so close to 5E.

Free League already has a good reputation for converting their games to Foundry in very good working order, so I am excited about this!

Yep. I watched their livestream where they explained how they adapted the original rules to 5E and what the setting is about. It sounds great. Like Alien, this one will be available at my FLGS. So I’m waiting for a commercial release.

But I’m definitely interested. As for you, 5E means pretty much anyone can and will play it. And that includes my family and friends. No barrier of entry as the system is widely understood. 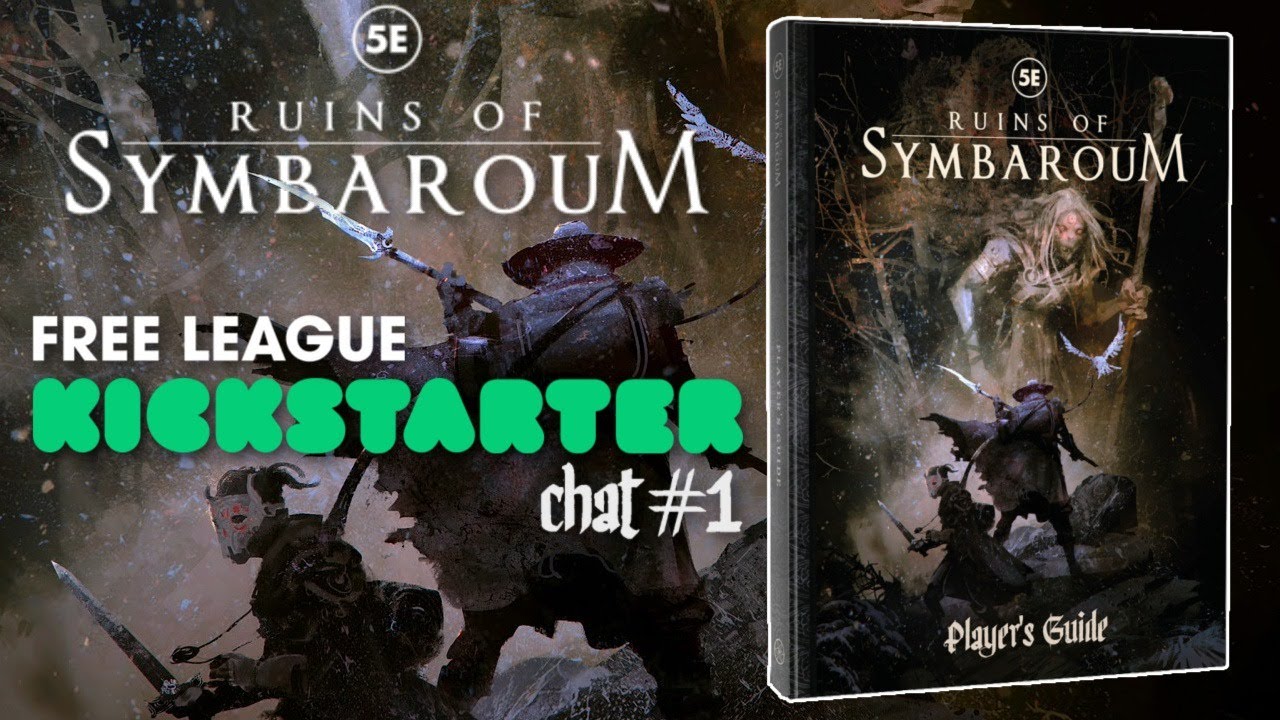 Speaking of Kickstarters, just fyi that Shawn Tomkin (aka @BiggerBoat) has his KS for Starforged, the SF sequel to Ironsworn, going live this Tuesday, 4/27. He posted this on the Ironsworn FB group:

We’ll have a 230+ page, fully illustrated Preview Edition as an immediate reward for backers as soon as the Kickstarter launches. You can set off on your own perilous spacebound quests right away!

I'm excited to announce the launch date for the #Ironsworn #Starforged Kickstarter. 4.27.2021 11 days! We'd be thrilled and honored to have you as our ally on this quest. Thank you in advance for your support! https://t.co/gkN3v0alPm 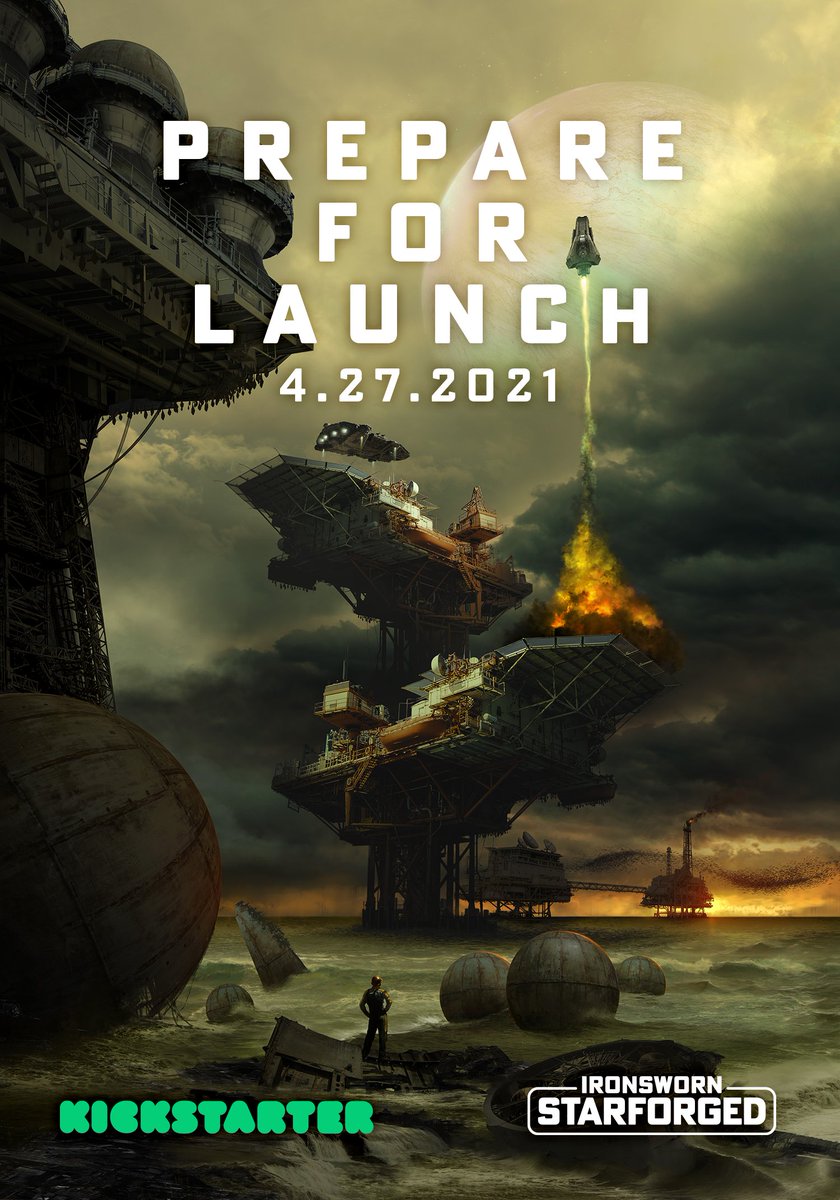 Pretty sure I will take a Compel Action to Pay the Price.

Just an update on doing Mongoose Traveller as a virtual campaign.

For virtual play we’re using this and Discord.

Limnu - The online whiteboard you've been looking for.

Limnu is the online whiteboard you’ve been looking for. Sketch, share, and collaborate with your team like never before.

Its an interactive white board, markable, shareable to players. Dice? Discord sever bot or one of many live interactive animated online servers everyone can join and share. Character sheets? Fillable pdf sheets.

Since we’re not playing dungeons and dragons (or doing repeat one shots/short shots w complete strangers) all the webby stuff and inputs needed on Roll20 is frankly just an egregious waste of my GM prep time better spent elsewhere. Not to mention the fiddliness during play.

For maps I’ve found this and I’m really pleased with the non D&D/Fantasy options. Works great for sci-fi/modern. Great medieval/fantasy options too.

BTW - fantastic graphic design on the KS (and your site). Definitely helped sell me on it! 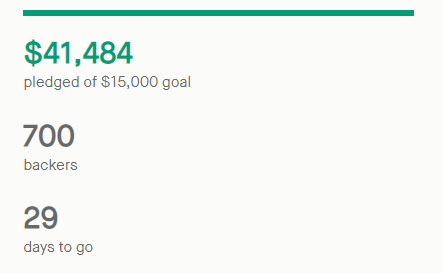 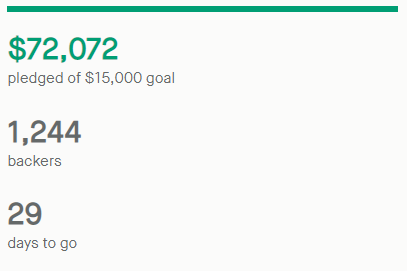 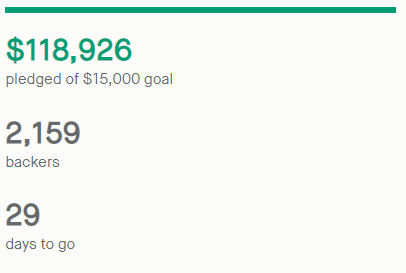 Thanks for noting that, will plan to listen to those podcasts soon. Also will be backing Starforged!

Backed this the instant I saw it! Thanks for letting us know!

Yeah, I deleted my post because I thought there was a new one. Still worth checking out those episodes with Shawn on Always Player One.

That one is off to the races, congrats Shawn!

I was excited to the get the notification this has gone live. Backed!

Thanks all for the Starforged mentions and support. Finally catching my breath as things simmer down.

Now off to bed. No one told me that running a Kickstarter is a full time job by itself.

Congratulations on such a great start! Much deserved!

I have a few friends that have run boardgame Kickstarters. It seems exhausting and hyper-stressful.

Congrats on the quick and continued success!

The following is an illustrated account of my play-through of Thousand Year Old Vampire, a game by Tim Hutchings. Everything here happened following the rules of...

I enjoyed the heck out of it.