That’s too bad. I fondly remember the Nuclear War games from when I was a teen. An article appeared in our local paper about the game store where the group I gamed with played, and there was a picture of me playing Nuclear War. I got asked about that at Sunday school that week.

Oh no. I saw that Bundle of Holding was doing a benefit bundle because he was sick, but I guess he was doing worse than expected.

I picked up Blades in the Dark a while ago. It had a cool setting and was a rules light. fast paced, narrative based rpg. I tend to like a little more structure than the narratively focused rulesets generally provide but they seem so easy to just get going.

Blades in the Dark

3-6 13+ 2-6 hours $30 Blades in the Dark is a tabletop role-playing game about a crew of daring scoundrels seeking their fortunes on the haunted streets of an industrial-fantasy city. There are hei…

A little later I was pleasantly surprised to find Blades in the Dark had a sci fi cousin, Scum and Villainy.

And now I just ordered a third game using that engine, Band of Blades.

4-6 13+ 2-6 hours $45 Band of Blades The Road to Skydagger Keep The Legion is in retreat following a failed battle against the armies of the undead. You are a member of the Legion, your bonds to on…

So, I might be coming around on these new fangled rpg designs. Shoot, I really appreciate Fate Core and even picked up Tachyon Squadron.

Any other games in this vein out there? Like I said I like a little structure but rules light is as plus. What has everyone been playing/reading lately?

If you enjoy Blades in the Dark, it’s heavily influenced by Apocalypse World, which has spawned a whole bunch of more direct hacks like Masks, Monsterhearts, Fellowship, Monster of the Week, Urban Shadows, The Sprawl, and, well: http://apocalypse-world.com/pbta/ (some of these games are more directly based on Apocalypse World’s design than others). Dungeon World is the most famous but I think has some issues due to trying to straddle the line between D&D and PBTA. Still fun, though.

(Also man, backing Blades in the Dark was great value - all three of those games were included for backers in PDF format, and there’s another several games in the works as well.)

I guess this is a thing that exists: 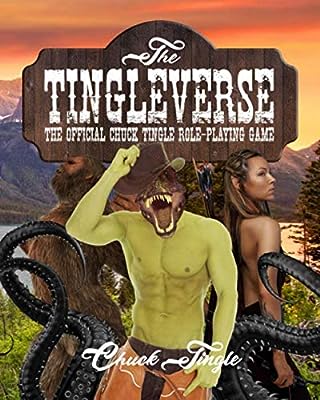 Has anyone played Legacy: Life Among the Ruins? Currently on bundleofholding and sounds interesting.

Holy Shit that is awesome. I have a friend who needs that, asap.

Yes. It’s very crunchy for PbtA due to it being several games in one but well worth it for the ideas alone. It does need some serious commitment by all participants, it’s not a one shot game though.

I suspect this is going to be way too introductory for the old hands in this thread.

I’ve participated in 2-3 DnD campaigns total in the 80ies and 90ies. In other words, I know very little about it.

I’ve purchased the recently released DnD Essentials kit with a view to try running an adventure with my daughter who is really keen to play and possibly my wife.

One of my friends recommended these series by Matthew Colville on learning to run the game and become a better DM. The video series goes into various topics like creating a simple adventure, running it, dealing with the various situations players will encounter, what the player archetypes are and how to engage them and so on…

I found the first few videos short enough to consume easily and very engaging. So I thought I’d share in case anyone else is interested.

Shoot, I really appreciate Fate Core and even picked up Tachyon Squadron.

Any other games in this vein out there? Like I said I like a little structure but rules light is as plus. What has everyone been playing/reading lately?

As a gigantic Fate Core proponent, I’m super glad to hear that!

At GenCon, I got to test out ***Masks***, a teen superheroes RPG using the Powered By the Apocalypse rules that’s very light and very fun, so long as you dig interpersonal drama in your comics storytelling. I also go to play ***Monster of the Week***, another rules-light PBTA game molded in the vein of Supernatural, X-Files, and similar paranormal/supernatural investigation adventures. I also finally got to play ***Bulldogs***, another Fate-powered scifi title, though that one is more classic space opera (and the default campaign mode is basically Futurama the RPG, which is hella fun). At a local RPG mini-con I organized, Tales of the Crimson Boar, I got to play the multi-one-pager RPG The Sundered Land which was very strange but also kind of delightful.

I also recently read through ***Ribbon Drive***, a super rules-light storygame where most of the core mechanics, such as they are, are based off of playlists that each player brings to the table with them. It’s a game of roadtrips, where you create characters based on the songs you hear and the music dictates the mood of each scene as your characters overcome unexpected obstacles and learn to let go of their worries and fears and just live in the moment. It’s very evocative, but for sure not for everyone.

I also recently made a little one-page RPG in the vein of Honey Heist and Lasers & Feelings called Party of Bards, which is about forming a party of classic bards for madcap musical adventures and murderhobous mayhem. I’d love it if you checked it out :-D

Question for the group here. Has anyone used DriveThruRPG before?

My son is getting older and I am looking at options for him. I actually just picked up a copy of the My Little Pony (yes, really, it’s a fairly decent kids show, and one he and my daughter can both agree on) Storytelling game, and am going to try it this weekend. Was browsing that site too, and curious how they work. Is it a downloaded PDF, a web link/ login?

I have a decent library on DTRPG- mostly because they provide downloads for bundleofholding.com offers, but I also occasionally buy stuff there.

You have an account. Everything you’ve ever bought is in there. Each item you have can be downloaded a set number of times (4 or 5, I think), and most are in .pdf format–get tell you when you buy it. Some products have DRM- they watermark the pdf when you download it, but they can be copied freely. The product description should say if there DRM (everything on bundleofholding is DRM free, so most of my library is). I’m not sure what happens if you download something too many times- I just download once and then back up to a OneDrive folder. Occasionally products get updated, and then the download is ‘free’, but that’s pretty rare.

I’ve used DriveThruRPG 3-4 times and it’s always been a positive experience. They let you download PDFs after you pay them money.

I have hundreds of titles at DTRPG. Works great. You should check out No Thank You Evil, it’s a great RPG for kids.

And I meant to post to this too: Cool little game with a great theme and newt ideas. Went straight in my Con games folder!

Each item you have can be downloaded a set number of times (4 or 5, I think)

Oh, really? I didn’t know that, I’ve been able to redownload my purchases as often as I needed to – but I guess that was only 3 or 4 times.

I don’t think there’s a limit, at least I have never seen one posted. It would make little practical difference to me as I have downloaded most stuff once if that, but I very much do not care for artificial limits on my access to things I have paid for.

Ouch. Maybe it was per -publisher. Or a relic of the past that they did away with. I’ll log in later and look.

Sp here it is, my kids formal introduction to pen and paper gaming. 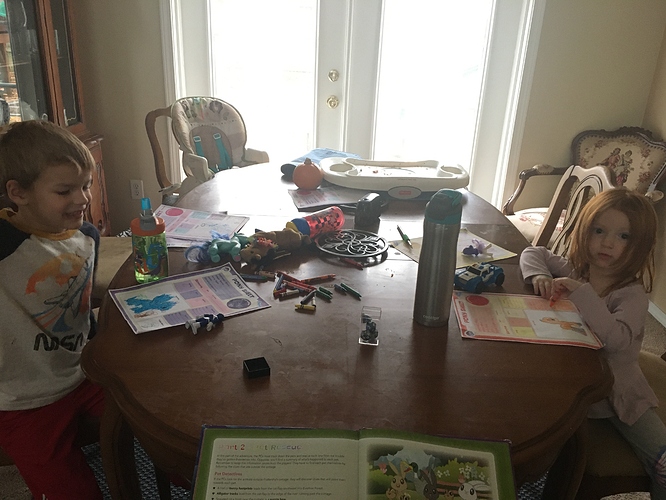 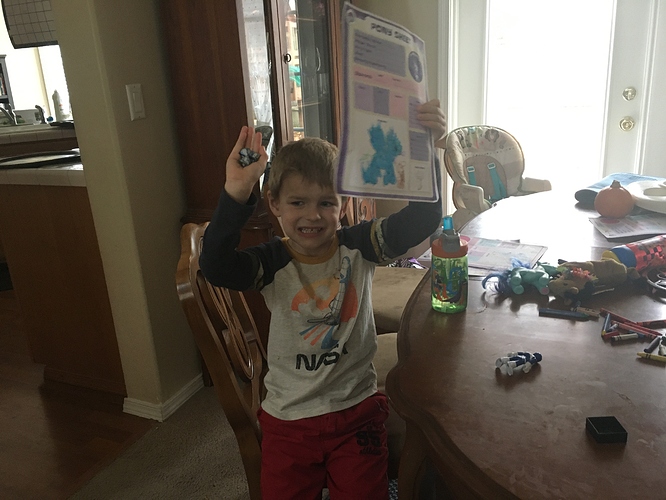 My son is a pegasus named Harold, my daughter an earth pony named Apple Juice, and my wife the unicorn Jules. Today they were babysitting some pets, when disaster occurred when a naughty bunny let them escape. The pets ran off in different directions in the forest.

Their task, retrieve the lost pets and clean up the house before Rainbow Dash and crew return.

They managed to successfully track the bunny to a cave, where it was being held captive by a baby magical bear, known as an Ursa. There, using kindness, they created a toy baby doll that they exchanged for the bunny it was using as a baby doll.

My son loved it, said ‘THAT WAS AWESOME’. My daughter really loved rolling the dice she’s the muscle of the group who loves to dance. My wife mostly tolerated it.

I think this would be great for a small group of grade schoolers. 10/10, will continue the adventure.

Oh, and my sons very first action in game, when they started the adventure in the market, was to cheat in the most RPG player way ever. I asked what they were buying, his answer was some various snacks, then a mystery item that they need later. That was his literal answer.

He then declared it was a flashlight when they went into a cave. Most adorable little cheater ever.