Can some please explain to me why Biden can’t take TSMC processes/manufacturing techniques and replicate them in mainland USA?

I have asked this question IRL, googled it, watched videos and the answers I keep getting is “it is too complex to replicate”.

Really? Anyone have any real world experience with this?

I don’t think that’s within Biden’s skillset. Computer engineering and manufacturing is complex and expecting an 80ish year old to pick up those skills while also trying to run the world’s biggest superpower is asking a lot

Now for a serious answer: fabs are expensive(and take a long time to build) and the tech is difficult to replicate. Look how stuck Intel got for years on the same process. It also seems that a standalone fab that can provide manufacturing to multiple clients works better as a business model than trying to fab for yourself ala Intel.

With the right investment behind it there is no reason the US couldn’t catch up in 5-10 years.

But I’m not sure why we need to go the China route and steal/replicate the tech when we could just incentivize TSMC to manufacture more chips here. Intel dug its own grave on R&D and we shouldn’t foot the whole bill for digging them back out.

Somewhat tangentially related, Fareed Zakaria had an interview with the CEO of TSMC this week that was interesting to me. 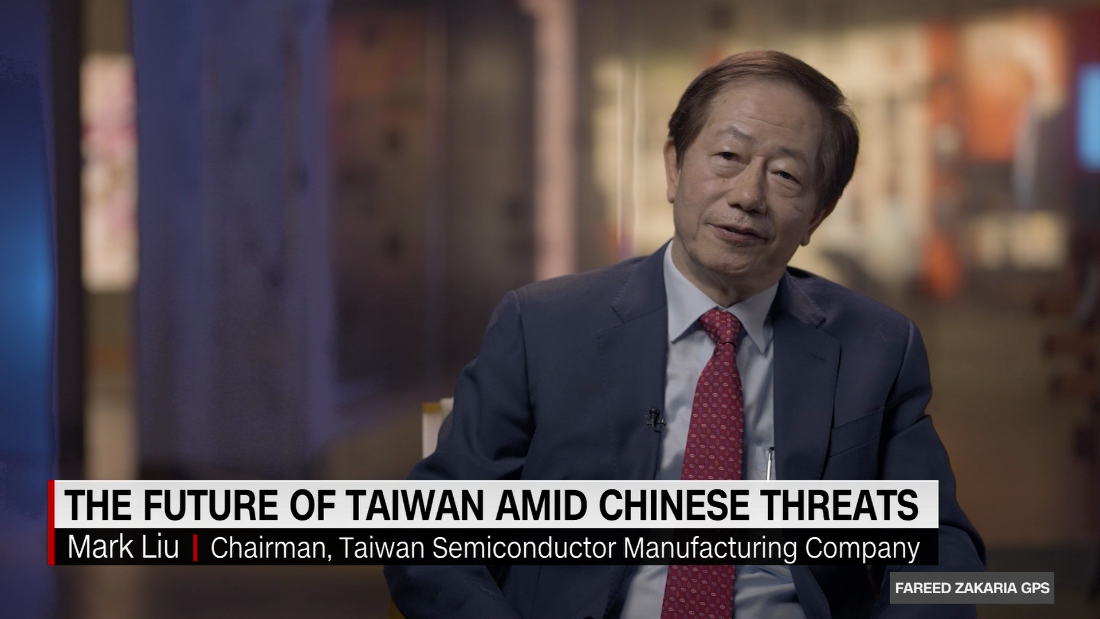 Fareed sits down for a rare interview with Mark Liu, the chairman of Asia's most valuable company, TSMC, to talk about its role in Taiwan's economy — and security.

On GPS: Can China afford to attack Taiwan? - CNN Video

In a rare interview with Mark Liu, chairman of Taiwan's TSMC — Asia's most valuable company — Fareed asks about the ongoing tension between the self-governing island and Beijing.

This is exactly what the CHIPS bill is for: 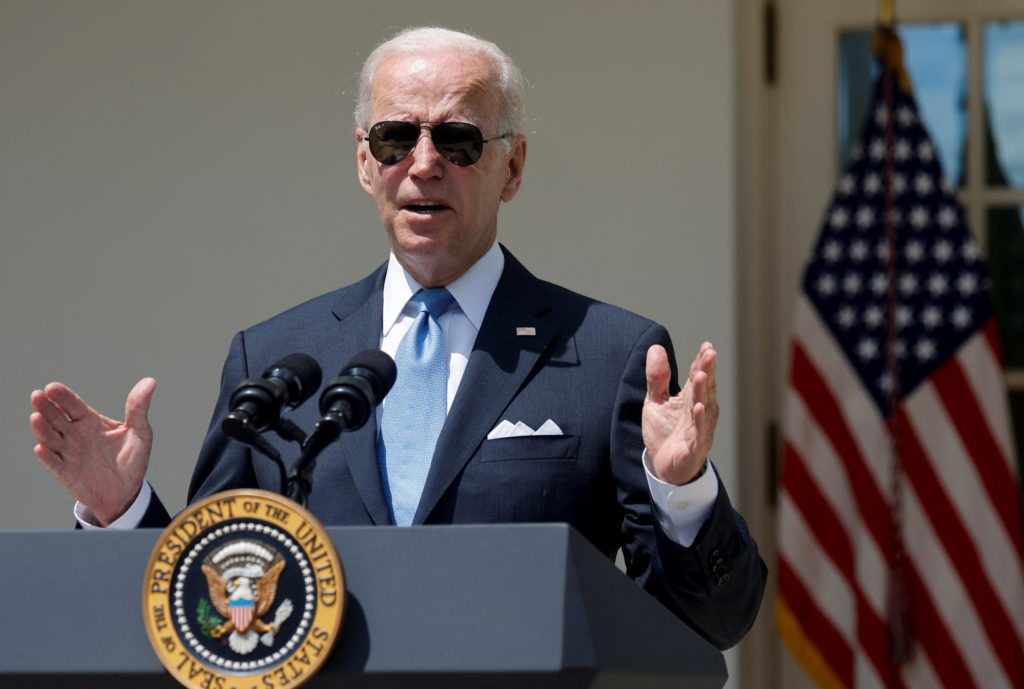 President Joe Biden will soon be signing into law a major bill to revive the U.S. computer chip sector.

Can some please explain to me why Biden can’t take TSMC processes/manufacturing techniques and replicate them in mainland USA?

We’ve got some retired Intel engineers here, I believe, who can answer with far more authority than me, but I think it comes down to the fact that the industrial practices of semiconductor manufacturing are extremely complex.

Honestly, at the new die sizes, it’s damn near magical. They are pushing the edges of the limits of physics.

Intel has notoriously had immense problems shrinking their fabrication process to match TSMC… it’s definitely not a process which is generally understood to the extent that it’s easy to replicate. There are serious trade secrets at play, I have to assume.

This whole chip / semiconductor manufacturing is amazing to me.

If a company / country spends billions on successfully manufacturing their own semi-conductors it will serve as a powerful cornerstone for that company’s trade … however, to get there is expensive and risky.

One would think that rich countries would all be racing to do this since the cellphone took off over 15-20 years ago. Yet no one has…

Thanks Timex… i have a family member who works for AMD and send everything to TSMC… his explanation is spot on the same as yours.

If a country could send people to the moon in the 1960s… surely they can manufacture chips at home in the 2000s… but apparently not. It is “too complex”… which is what has always baffled me.

Trade secrets - for sure. That is what the CIA is for… steal dem secrets and bring them home.

The amount of $$$ it has costed the US to defend Taiwan >>> the amount of money to R&D nad manufacture chips in the US … with no American lives lost.

Wouldn’t it make sense to offer TSMC a tax incentive to open a fab in the US, ostensibly for jobs purposes but actually to have a “backup factory” that could continue to operate if China does something aggressive?

Seems like the national security benefits alone would justify any financial costs.

Isn’t that exactly what the CHIPS act is? Although we can’t to just tailor it to a specific company, so it ems up throwing money to Intel as well.

Intel definitely stands to make bank on the chips act… but the thing is, I’m not sure that throwing money at them is going to actually achieve much.

I mean, it’s not like Intel hasn’t already spent billions trying to improve their fabs. They’ve tried and failed, for decades now.

I honestly don’t know what kind of magic TSMC is doing, but I’m not sure Intel’s gonna crack that nut just by being handed a bunch of our tax dollars.

Why has America fallen behind in semiconductor manufacturing? 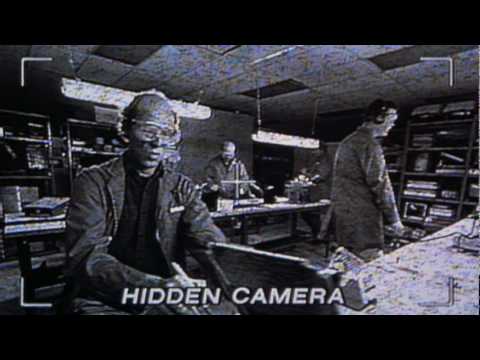 Imho: Intel was one of the few US companies remaining that had competency (and patent ownership) in semiconductor manufacturing and could bring the amount of capital required to bear as costs escalated. Then they bet on the wrong technical process as dies needed to shrink, and spent a decade or so throwing all their resources at it while TSMC made the right bet. It’s not clear even with US government subsidies that they can recover from this, and meanwhile relative decline in the wintel dollars and other poor business decisions began undercutting the amount of capital Intel can throw at the ever more expensive manufacturing and R&D. I’m not optimistic but also worried and hope I am wrong.

TSMC is building a fab in Phoenix that should open in 2024.

Intel, Texas Instruments, Samsung, ON Semi, and a couple of others all operate 300mm wafer foundries in the United States.

Matt W, this Pheonix plant… is it due to the COVID semi conductor issues we were experiencing, i wonder ?

They actually already completed that Fab in Phoenix (they just completed it this week)… They must have been planning it for years.

They finished constructing the building. The equipment is not yet installed or even on-site. Also important to note that by the time that Phoenix plant comes online it’ll be two generations behind as far as process node size is concerned.

Also important to note that by the time that Phoenix plant comes online it’ll be two generations behind as far as process node size is concerned.

It will be two generations behind the bleeding edge, but 5nm/4nm (which is what the Phoenix plant will produce) is the smallest process node size currently available for volume production.

We’ve got some retired Intel engineers here, I believe, who can answer with far more authority than me, but I think it comes down to the fact that the industrial practices of semiconductor manufacturing are extremely complex.

I’m both, although my double EE was focused more on computer science than process engineering.
Thirty years ago my marketing team, put together an explainer on how chips were made. I recently attended an Intel Alumni event on Intel’s manufacturing. Literally, the only thing that hasn’t changed is that chips are still made on silicon wafers. The first chip (i386) I was involved in had 275,000 transistors, ran at 12.5 million clock cycles per second, and the transistor’s size (not exactly correct) were 1/millionth (a micron) of a meter wide (a human hair is 70 microns) . A Fab (aka a chip factory) cost several hundred million dollars.

The current generation I9 Intel microprocessor. Has about 6 billion transistors, the clock speed is 5 billion clocks per second (a gigahertz Ghz). The transistor size is a few nanometers. A nanometer is a billionth of a meter. A nanometer is about how long your fingernail grows in one second. Intel is spending $20 billion per fab for their factory in Ohio

Yet the price of top of line CPU for gamers remains around $500, and $100 for everyday computers 35 years later.

This video a gives good illustration on why fabs are so expensive and why precision is so important. 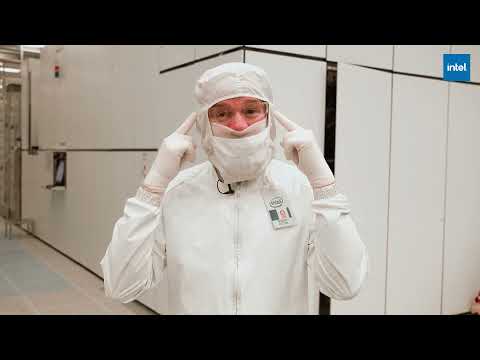 “It is so accurate that if an astronaut on the moon was shining a laser pointer it would hit the tip of your finger on earth”. Chip makers have had a production problems (called losing the receipt) forever. You can imagine a tiny misalignment caused by a say an earthquake that nobody felt would screw up this EUV machine. My first job at AMD, a woman switched perfumes and it crashed the line (This was before the Fab workers wore spacesuits//bunny suits).

Chips Act
When I first started working at AMD in 1981, US manufacturers were on top of Texas Instruments and Motorola. By 1984 when I joined Intel, Japanese companies like Hitachi and Fujistu had passed them.
By 1987 it looked Japan chipmakers were going to dominate the industry forever. A couple of things happened Congress based the Sematech bill, which allowed for joint R&D for semiconductor manufacturer. Intel co-founder and co-inventor of the integrated circuit Bob Noyce ran it. It was not a game changer but it did help. The thing that made the biggest difference was Andy Grove took over Intel. He was both a brilliant engineer and a great manager, by the early 90s Intel became the biggest semiconductor company. By the mid 90s the best manufacturer, and along with Microsoft one of the two most important computer companies.

But this a very microprocessor-focused history. What also happened is that for making memory chips, Japan continued to be dominate. Eventually, South Korean manufacturers, like Samsung displaced Japan as the top memory manufacturers. Meanwhile, TSMC became a monster by manufacturing other companies’ chips, aka a foundry. Most US chip companies found it impossible to afford new Fab facilities without the money Intel was making from microprocessors or the sheer scale that Japanese and South Korea memory companies had. That’s why AMD, which had also been a good design company but a mediocre manufacturer, got out of the manufacturing business in the mid 2000.

So yes the Chips act will primarily help Intel, and Micron, (they are 3rd large memory manufacturers).
Conceivably somebody like NVidia might also look at doing more manufacturer, but there are also room for some specialty manufacturers or foundries.

It is certainly the $640 billion question if Intel can come back. AMD was founded by a sales guy, then run by a series of 2nd tier engineers, and for decades always a very distant second to Intel. But since Lisa Sui, a brilliant engineer, and evidently a top-notch manager become CEO the company has really come back. The exact opposite at Intel. Andy Grove was an extraordinary leader and probably not possible to replace. Still, the quality of Intel’s CEO has steadily decreased since stepped down in 99. The newish CEO, Pat Gelsinger spent 30 years at Intel, is crazy smart, and did a fantastic job at VMware by all accounts.
Among the Intel Alumni, the consensus is that absolutely the right person for the job, but it is by no means certain that he will be able to. The success of both Lisa at AMD, and Satya Nadella at Microsoft gives me hope.