Take Two Kubricks and Call Me in a Week?

So I watched The Shining after many years this last month, and watching a few Kubrick documentaries afterwards. I realized that there are quite a few films in Kubrick’s oeuvre (Lolita, Paths of Glory, Eyes Wide Shut to name a few) that I haven’t seen in many, many a moon. So I decided the other day that I wanted to watch his entire oeuvre (filmography) chronologically from Fear and Desire (1953) to Eyes Wide Shut (1999). That’s thirteen films. And then I decided to just post here and see who else (if anyone) would be interested in joining me in the attempt. Nothing except Fear and Desire is free to stream, I plan to rent and spend dinero, so be forewarned.

Please answer the below poll and chime in below if you are interested in a Virtual Kubrick-fest and discussion.

How Many Kubricks can you take in a week safely? 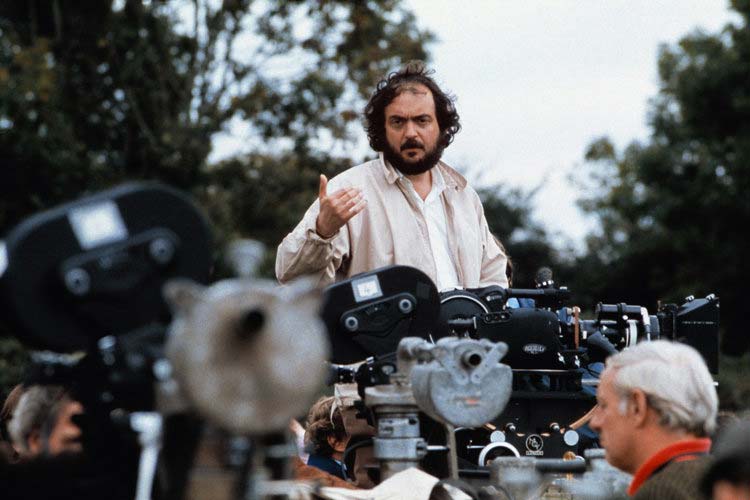 Huh, neat idea. I’ve only ever seen a few Kubrick films (probably exactly the ones you would expect) but have always meant to watch more.

Neve been a Kubrick fan. Great cinematographer though. But his films never did anything for me except make me want to watch something else. I haven’t seen Dr Steangelove though. Maybe that is his good film.

I’ll let you guys in on a shameful little secret: I’m not much of a Kubrick fan. Now, I say that despite being a pretty big fan of The Shining and considering 2001 to be one of the best movies I’ve ever seen. But that’s pretty much it. I don’t hate the others, I just can’t really say I like them all that much. They don’t really resonate with me. Ah, that’s better. On with the poll!

I feel like wuth most Kubrick films I’ve seen, there’s one half of an incredible film in there. Full Metal Jacket is the most obvious example, but I think 2001 is similar. The Shining… I have a hard time looking at that one objectively due to my love of the novel. And I think Eyes Wide Shut might be my favorite?

It is a brilliant black comedy, for sure.

Not sure I’m up for rewatching the ones I’ve seen many times, given my backlog, but I’d be up for seeing the handful I haven’t (everything before Paths of Glory, basically), and I’ll chime in on the others.

big Kubrick fan here. I own almost all of his films except the pre-Paths Of Glory. I will chime in and try to watch them as they are discussed here.

Ok, based on all the above, I guess there is enough interest to what would essentially slow down my Kubrick re-view as we’ll get some good discussion out of it.

The poll’s numerical answer is 1.5 Kubricks (well, 1.45 really), which tells me that one a week should be standard, but we could squeeze in 2 on a given week once or twice. Which means this re-view and discussion should get wrapped up by mid-November latest (which is good - everyone will dissipate and go do other things once we get near Thanksgiving).

Later today or tomorrow, I’ll post a thread for the first week’s viewing and Post a link here. Each week will get its own thread in the same way (with the next week’s viewing getting made as a new thread and a link posted in the old thread, keeping discussion to that film in a self-contained thread, but letting followers of a thread know that a new one is up).

Not available for streaming meaning not even on Prime or Netflix?

I’ve watched his films a number of times, written papers about them even. But I’m usually up for watching again.

My dirty little secret: in 1989, I watched every John Waters film over a 3-day period, to write a paper for a conference. I’ve not been the same since…

Not available for streaming meaning not even on Prime or Netflix?

Not free for streaming. Meaning that they cost money. I’ll be posting links where they can be streamed in each film’s (or films’) thread when it comes up.

First one up is on Kanopy, if your Library subscribes.

Also the only one on Kanopy at the moment though.

Also the only one on Kanopy at the moment though.

Its public domain; you can watch it from its Wikipedia page, if you want. Post coming and link to post here sooner not later.

Kubrick-fest 01 - Fear and Desire & Killer’s Kiss thread is up here:

[MV5BMjI2NzhhZjIt[email protected].V1] [MV5BYjA2MDcyZjU[email protected]@.V1_SY1000_CR0,0,641,1000_AL] So to start off, we’ll have two Kubricks this week, Fear and Desire and Killer’s Kiss. Both are about an hour long, and made when he was 25 and 27 respectively. Fear and Desire could be considered a student film really. Why start with two Kubricks, and risk stomach upset? Well, they are short, …

Wish I could get in on this but my viewing time is very limited these days. Maybe I’ll feel the urge to weigh in on the ones I know practically by heart (Paths, Strangelove, Clockwork, 2001).

Kubric-fest 02 is up at the below link.

[The-Killing-WEB] We have come to a great film. On his third time at bat, Kubrick delivers a timeless film. To those who have said “Well, I like X film and X film, but I don’t like Kubrick”, or “I’ve seen this Kubrick or that Kubrick and will wait to comment”, I highly recommend you watch this film. Do you like film noir? Stuff like The Maltese Falcon or Scarlet Street? Do you like well put-together crime films, where all the pieces fit together into a surprise to the viewer? Do you like…

Kubrick-fest 03 is ready to go:

[Poster] We have come to an all time great film. If you haven’t seen this film, you should before you die. An anti-war film that explores the cynicism of military politics so cuttingly it was banned in France for 15 years dues to its portrayal of the French General Officer class in World War 1. It is also (sorry, 1917) hands-down the best portrayal the Great War on film and possibly the best portrayal of 20th Century warfare on film (sorry, Spielberg). There really isn’t much more to say abo…

Ok, I’m a little late, but I still had a Netflix membership going, which expires tomorrow. So before I join Prime video, I’ll try to join in and catch up on the Kubrick-fest. I absolutely love everything about his later films, so I’ve been very curious about his early films.

[Spartacus_Original_Movie_Poster_530x] Kubrick goes Hollywood! If you haven’t seen this film, you should before you die. A Sword and Sandals epic launched due to Kirk Douglas’ pique at not getting the lead in Ben-Hur . Douglas picked up Howard Fast’s novel and eventually tapped Dalton Trombo, blacklisted brilliant screenwriter (and die-hard CPUSA member who ran all the cells in Hollywood before his blacklist), to write the screenplay. Production began in California by Douglas’ company Bryna …

[Poster] Kubrick courts controversy! If you haven’t seen this film, you should. Kubrick, after the international success of Spartacus, MGM gave him a blanks check for his next project, creatively. He chose respected Russian-American poet and novelist Vladimir Nabokov’s novel Lolita, which explores the infatuation and courting by a pedophile of his twelve year old stepdaughter. Whoa. The novel…was controversial to say the least. Upon completion, it was turned down by every major publishing …