Tell me your favorite non-genre movies

I was sorting my movie library, and I think I love genre movies most. My ratio is like 70% genre movie to 30% other.

What do I consider genre movies? SciFi, Horror, Fantasy, Historic/Period, Crime/Detective/Thriller, Action/Adventure, Musical, Mystery. My favorite movies are in any of this genre… Maybe I have missed a genre.

But what are great non-genre movies? They need to have a contemporary setting, at least when they came out.

Adaption (Charlie Kaufman it’s not a genre, right?)
Inside Llewyn Davies
Hannah and Her Sisters (Woody Allen is not a genre, right?)
3 Colors (Trilogy by Kieslowski)
The Cook, The Thief, His Wife and Her Lover
Magnolia or Punch Drunk Love
Rushmore or Tenenbaums (Wes Anderson could have created his own genre)

Tomorrow, this list might look different, but this is from the top of my head today.
Which ones do you got?

That’s such a wide definition of “genre movie” I’m not sure what’s excluded, or rather why. Like, why does it have to be contemporary? Obviously it’s a pretty loose term, but before this thread if you’d asked me what a “genre movie” was, I’d say horror, sci fi or fantasy, and on the pulpy end of the spectrum. I can see a looser definition including say westerns and noir, where there are well established and widespread tropes, aesthetics and norms.

Historic and period pieces are a genre (at least to me). So contemporary is required for a non-genre.

I, too, find this definition of “genre” and “non-genre” to be reductive to the point of being nonsensical. So you consider “Portrait of a Lady on Fire” to be a genre film, just because it takes place a few hundred years ago? That’s a weird way to think about one of the most beautiful and surprising films of the last few years.

I’d argue that when someone talks about a film being a “genre” film, what they are really saying is that it fails to transcend that genre. Because of course, all films have a genre. All stories can be categorized as a certain type. But there’s a huge distinction between Madame Bovary and, say, a Danielle Steele romance, even though they may both be period romances with the same themes.

So Texas Chainsaw Massacre? That’s a genre film: an excellent one, that evolved the genre as a whole, but still a film which follows the established beats of the horror genre, through and through. But a movie like David Lynch’s Eraserhead isn’t a genre film in the same way, because while it is in its own way a terrifying movie, what is trying to do formulaically is something very, very different than what we think of as horror.

In fiction, this distinction is usually handled by calling something “literary.” Maybe, then, what you really mean here isn’t “non-genre” but something closer to “filmic” or even “high-brow”

OK, I disagree (you can have period/historic movies in almost any genre), but in that case why is comedy not a genre? Neither western or noir is on your list (except perhaps as subsets of crime and/or detective), and they’re far more distinctive as genres than “non-contemporary”.

Edit: Posted before DrCrypt’s post, which much more eloquently expresses my issues with the question. Though I’m not sure a genre film necessarily fails to transcend its genre, it’s more that it is primarily defined by its relationship to the genre,.

as I wrote, I probably missed some genres (Western). I think I should re-name the thread to “your favorite contemporary movie”. But I am looking for favorites, that are not part of a genre, because I would like to know other great movies out there, that I missed (because I watch a lot of genre). There is nothing wrong with a genre type movie. The best movies made are part of a genre, like all Hitchcocks or Stanley Kubrick did almost all genre movies. Except, Eyes Wide Shut and Lolita.

Lady on Fire was a great movie, regardless of genre (historic, period piece), with pretty contemporary themes.

Though I’m not sure a genre film necessarily fails to transcend its genre, it’s more that it is primarily defined by its relationship to the genre

Yes, I think this may be a better way to say it too.

So basically this thread is asking for our favorite contemporary dramas and comedies? It can’t have adventure or murder I guess. Just plain drama or comedy about real life. I’ll have to give it some thought.

I guess, that’s what it boils down to. I am always looking for great suggestions.

is it not? Ah, right, it was set in the 60s… it felt really as it played today minus the old music.

Yeah, it’s a weird definition for sure. Painting Blazing Saddles, Oceans Eleven, Lord of the Rings, Seven Samurai, and Star Wars all under the banner of Genre is so broad as to be pointless.

I appreciate the concept, but it seems the goal is more ‘contemporary slice of life’ or drama types.

Even Royal Tenenbaums could be reductively classified as a Magic Realism genre film, if one were so inclined.

Frances Ha!
Glengarry Glen Ross?
Steve Jobs?
Your Sister’s Sister?
A Serious Man?
A Single Man?
Lady Bird?
Nocturnal Animals?
Rachel Getting Married?
After the Wedding?
Short Term 12?
Towlhead?
Calvary?
Mother!?
Mud?
Carnage?
Whiplash?
Thoroughbreds?
11:14?
Far from Heaven?
Force Majeure?
Captain Fantastic?
The King of Staten Island?
Little Women?
Another Year?
Up in the Air?
Under the Silver Lake?
Shimmer Lake?
Three Billboards Outside Ebbing, Missouri?
I am thinking of ending things?
The Stanford Prison Experiment?
The Meyerowitz Stories?
The Hunt?
The Help?
The Visitor?
The Guest?
The Master?
The Tribe?
The Descendants?
The Lives of Others?
The Spectacular Now?
The Ice Storm?
The Celebration?
The Overnight?
The Virgin Spring?

Chungking Express
The Gleaners & I
A Separation
Ikiru
Pickpocket
Wise Blood
Wings of Desire
The Straight Story
Fast, Cheap, And Out Of Control
Sweet Smell Of Success
The Conversation
Babette’s Feast
Hiroshima Mon Amour
Fly Away Home
Putney Swope
The Death of Stalin
Dr. Strangelove
Sound Of My Voice
The Player
The Unbelievable Truth

I think one of the last films I watched during the pandemic was Kajillionaire by Miranda July with Evan Rachel Woods. It’s also some kind of magical-realism. It is a strange little family, they live like nomads in LA (?), do little criminal stuff. But the parents are horrrible people, they try to keep their daughter small and dependent (Woods). But she manages to break free, it’s just wonderful how the film does it.

I also loved Me and You and Everyone We Know, also by Miranda July. Small, delicate stories in a big city. Need to find a copy…

Then there are the great, small, intimate films by Amos Kollek, “Sue” and “Fast Food Fast Women”. Also little stories in a big city, but all about this fragile actress, Anna Thomson. Very fragile.

The Conversation is one of my favorite movies of all time. Is it a genre? I don’t know, paranoia movie of the 70s, crime story… The sound design is just perfect (it’s a Walter Murch movie like THX 1138).

I am not interested in high-brow vs low brow.

Some genre-type movies manage to leave their genre behind, I totally agree. Like Apocalypse Now as an example, which you could look as a war movie, but actually it doesn’t really feel like a war movie, more like something about human nature and human drama.

Opening it up to out-and-out comedies seems like a lost cause to me, there are too many and tastes are too personal. So I’ll stick to dramas, though some are comedic. These aren’t necessarily my all time favourites, because that would be a huge exercise, just stuff that comes to mind, seconding stuff that has already been recommended, or films I’ve watched and enjoyed recently.

Roma
Marriage Story
Uncut Gems
The Assistant
Frances Ha!
Lady Bird
Glengarry Glen Ross
Force Majeure (not the remake!)
Burning
Parasite
Hana-bi (I guess this is a “crime movie”, but not really)
The Wages of Fear (might not strictly be contemporary?)
Dekalog (technically TV)
Relic (horror, but definitely transcends)
Together
The Killing of a Sacred Deer
Naked
Tangerine
Eighth Grade
Locke
Tokyo Story
A Separation

Stick this movie in a GENRE! 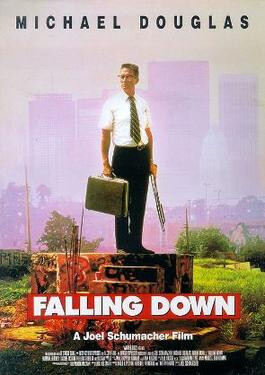