It’s not made of gold – just eggs, lobster, caviar and a few trimmings.
But an omelet on the menu of a swanky Manhattan hotel will set you back $1,000, plus tip.

The omelet, which debuted May 5 and is billed as the “Zillion Dollar Frittata,” has six eggs, a lobster and – here’s the kicker – 10 ounces of sevruga caviar.

The restaurant pays $65 an ounce for the caviar, according to Norma’s general manager, Steven Pipes.

“Since we knew it was going to be a very expensive dish, we decided to have some fun with it,” Pipes told the News. “It’s not just a gimmick, though. It tastes good.”

Beside the omelet’s entry in the menu is the following message: “Norma dares you to expense this.”

No one has ordered it yet.

A “budget” version of the omelet, containing only one ounce of caviar, sells for $100.

“It’s not just a gimmick, though. It tastes good.”

Holy fuck, it had better! 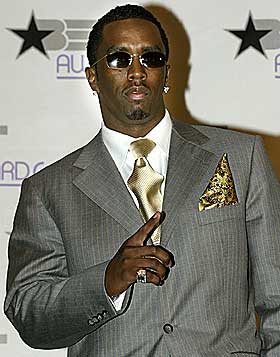 “One Swimming Pool and 600 of those Caviar Omelets.”

The hotel where this is being served (New York’s Le Parker Meridien Hotel) is across the street from my former employer. Back when I was a law student interviewing at various law firms, my to-be-employer flew me up for interviews and put me up at that hotel. When I arrived, the hotel had overbooked all the regular rooms, so they bumped me up to one of their largest suites (which is all they had open that night, I guess).

I’ve never felt so much like Gordon fuckin’ Gekko. I woke up to a panoramic view of Central Park. It was awesome.