The way I see it, there’s three different subgenres at least: sidescroller, top-down and FPS.

Well, there will be the same type of variations that there are normal action games. FPS, TPS, third person hack & slash, isometric, top down, sidescroller, and whatever.

If anything, a more interesting classification would be to know which ones have permanent upgrades (where you are supposed to gain power as part of a overall metaprogress) and which don’t. For example the last one I linked, Nova Drift seems to be closer to a pure arcade and the metaprogress unlocks more things that will appear on the next runs, including enemies, but it won’t give you more base power.

I’ve played pretty much all of these, great idea for a thread.

Also if you like Nova Drift, this is even better

Metagame progression is one dimension to compare these games along. Others are ‘required amount of skill’ and ‘required secret knowledge’. The best rogue-lites IMO train you in certain skills over time. Binding of Isaac is an example of a game that requires almost zero skill – it’s all about having the right secret knowledge, which you may pick up from playthroughs, but more likely will only get by watching streamers and looking stuff up in the wiki.

Spelunky requires a decent amount of skill, but you probably won’t be able to figure out its deepest secret by yourself without consulting another source of knowledge.

Metagame progression is one dimension to compare these games along. Others are ‘required amount of skill’ and ‘required secret knowledge’.

it’s all about having the right secret knowledge, which you may pick up from playthroughs, but more likely will only get by watching streamers and looking stuff up in the wiki.

but you probably won’t be able to figure out its deepest secret by yourself without consulting another source of knowledge.

I don’t like this! Deep secrets, fine. But when something pretty fundamental is buried without a clue it annoys me.

Wow, that’s a lot of games I’ve never heard of (except Dead Cells, which I love, and Spelunky, that I hate, Hades, that I own, and Binding of Isaac and Enter the Gungeon that I own but couldn’t get into).

Anyway, I’ve been playing West of Dead, which is both on PC and Xbox as part of game pass, and it belongs in this genre as well, and I’ve been enjoying it a lot.

I believe I am similar to you, in that I also couldn’t get into Binding of Isaac for example, despite being popular in this subgenre.

I think it’s just too mediocre of an action game. For me the big roguelite virtue is the big variety in random factors, powerups, builds or unlocks means that you have a game that can play for 100 hours+ before you get tired of it. But being able to play for 100 hours is only a positive if the base game is enjoyable enough!

If a theoretical action game has poor controls, poor animations, poor hit feedback and simplistic combat I won’t care if it has 100 extra powerups, 30 mutators and 12 character classes. I don’t want to play it for 10 hours, much less 100!

Most of these are too hard for me (Dead Cells, Hades, Gungeon, etc.). Damn if Fabular doesn’t look cool, though

It does. It’s the “Asteroids” genre that I’ve always loved. The top down momentum-based action game. Galak-Z is an excellent current example of the genre. Galak-Z kind of ruined the new Star Control game for me, since Star Control didn’t update their 2D combat engine to be smooth physics-based combat that one would expect in this decade.

My main issue right now is that there are so many rogue-lites being made, and they all look awesome, and they’re all at good price points. But I just can’t. It’s too much.

I was looking at this new game, it has a demo on Steam. It has a lovely style!

I tried the Fabular demo. That is one weird ass game. I could potentially like it. In the tutorial, the ship you have and the weapons you use are way better than when the actual game starts. Then you’re in a much different ship.

Anybody play any of 20XX? It seems to be a Mega Man roguelite the way Rogue Legacy was a Castlevania one. 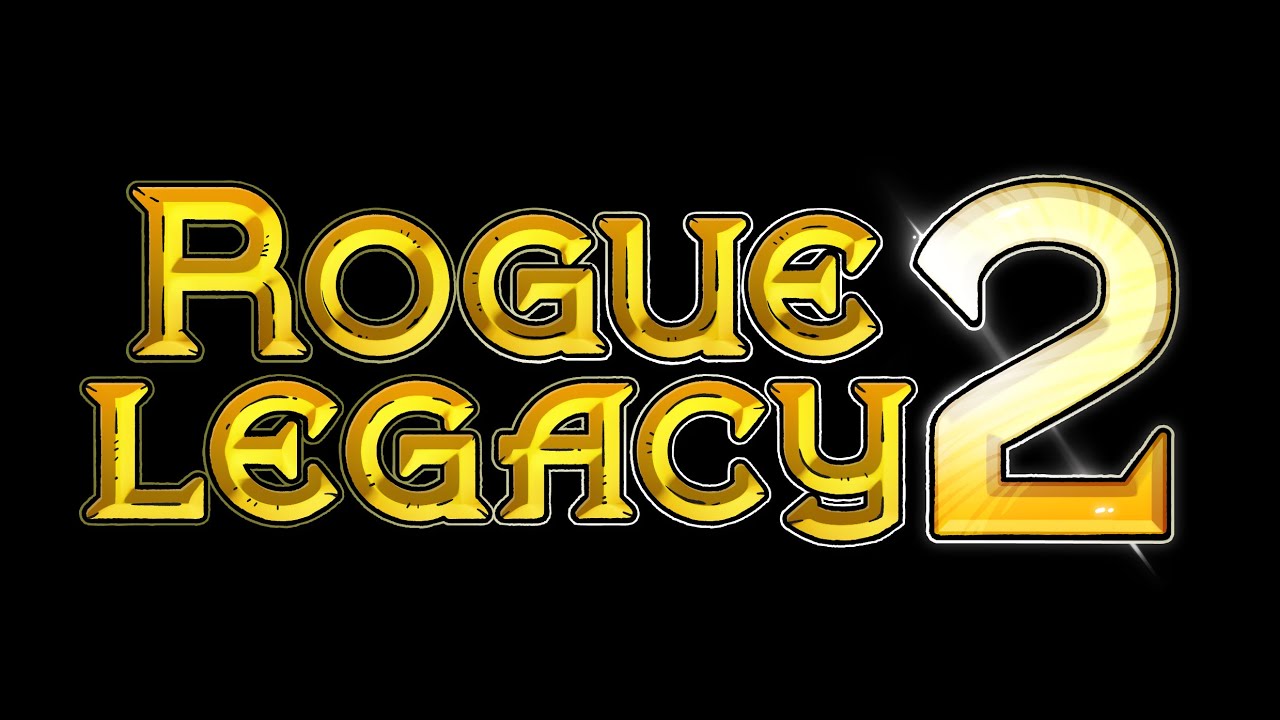 I had no idea Rogue Legacy was a Dead Cells style game. That’s a good looking trailer.

I’m excited about this sequel, because the original Rogue Legacy had interesting ideas, but was far too janky and unrefined to keep my interest long-term. It was made on a shoestring budget, too.

I had no idea Rogue Legacy was a Dead Cells style game. That’s a good looking trailer.

The difference is that is a type of game that it can very grindy. In Dead Cells you get the health flasks, but most other unlocks are more ‘sidegrades’. In Rogue Legacy you are supposed to permanently upgrade the stats of your lineage (the characters you play) and in that way advance further into the game.

Anybody play any of 20XX? It seems to be a Mega Man roguelite the way Rogue Legacy was a Castlevania one.

Yes, I played a fair amount of it and it is indeed a Mega Man roguelite. It’s pretty fun, and worth checking out if that appeals to you, but the systems and levels don’t quite hang together as well as the best examples of the genre. There’s a sequel in the works though.

I had no idea Rogue Legacy was a Dead Cells style game.

I finished it, but consider it a failure from a game design point of view. The genre is at its best when each run is at least a potential win, depending on what tools and resources you find on the journey and how well you employ them.

Rogue Legacy had none of that, and put way too much emphasis on the metagame progression system at the expense of advancement within each run. Metagame systems work great when they unlock additional variety and options rather than raw power boosts, but in RL, having an upgraded castle was pretty much necessary to make real progress. The result was that runs all started to feel the same – their goal was just to try to gather as much gold as possible before dying, to afford the next castle upgrade.

Then when you had built up enough upgrades to take a shot at the next boss, it behooved you to try and go straight to it rather than risk health by exploring first.

It would be nice if they revamped that dynamic for the sequel, but given the trailer’s emphasis on the castle, I’m not optimistic.

I also personally felt like the costs escalated very quickly and the lack of carryover plus the heavy emphasis on not taking damage meant that I rapidly hit a point where I couldn’t actually advance.

I feel a little bit like Bizarro reading this thread, because Dead Cells just kind of bounced off of me, but I love Rogue Legacy, Spelunky, Binding of Isaac and Gungeon. It didn’t take too many runs in either game to get to the point at which I thought that, when starting a run, that there was a real chance of victory – except for Dead Cells; which I’m still not sure how far away I am from the last boss (or whatever the “first” last boss would be).

I tried today West of Dead, as it’s in Gamepass.

It’s… weird. The controls doesn’t feel very good, although that’s because I’m using keyb+mouse and I have the feeling this has been designed first and foremost for controller (not that it’s a excuse). The gameplay itself feels a bit clunky, it’s a isometric cover shooter? which isn’t something I love, and the combat itself is slow, with weapons have a delayed fire (simulating aim time) and slow reloading times.

A few spare elements reminded me of Dead Cells. The 2 weapons + 2 abilities + roll button is the same basic scheme, it has the same health flask which also can be recharged between levels and can be upgraded permanently spending a currency. But this similarities doesn’t mean a lot, as I described the pace of the game couldn’t be more different.

From what I seen, the roguelike aspects aren’t very good. The rooms and how they connect are super samey after only playing a few times, and I didn’t see anything super interesting in itemization (although I didn’t progress that far). Other elements are very derivative: of course has a shopper you find randomly selling 3 objects, of course you level up/progress with something you find offering you 3 options to improve: health/damage/ability.
It makes me think how quickly the genre has codified the standard elements.

I had a mean Rogue Legacy addiction for quite awhile. I’m super excited about the sequel. I tend to like almost all of these games. I have over 400 hours into Spelunky (I play the daily challenge almost every day), Binding of Isaac I’ve played a ton on Switch, and I really like Dead Cells. Dead Cells, however, I’ve never gotten anywhere near finishing. I’ve made it quite a ways but still working at it. Strangely, I’ve never tried Enter the Gungeon… maybe I should fix that.

Also- I would pay good money for Spelunky on Switch.

Two years ago I bounced back from Wizard of Legends, it was too hard for me which was a pity as I liked the combat feel. I decided to try again and…

…yeah it’s still too hard.
Imagine playing Dead Cells that starts directly on BC1 and there is no health flask upgrades available, and no iframes on the roll. That’s WoL.