The Arbitraries (Create Your Own Year-End Award) 2021

This should be regarded as a classic of mid-2000s tabletop gaming. How has no one heard of Dicke Daemonen? It’s a joy - charming on the table, enormously interactive, a simple ruleset that leads to agonizing decisions. 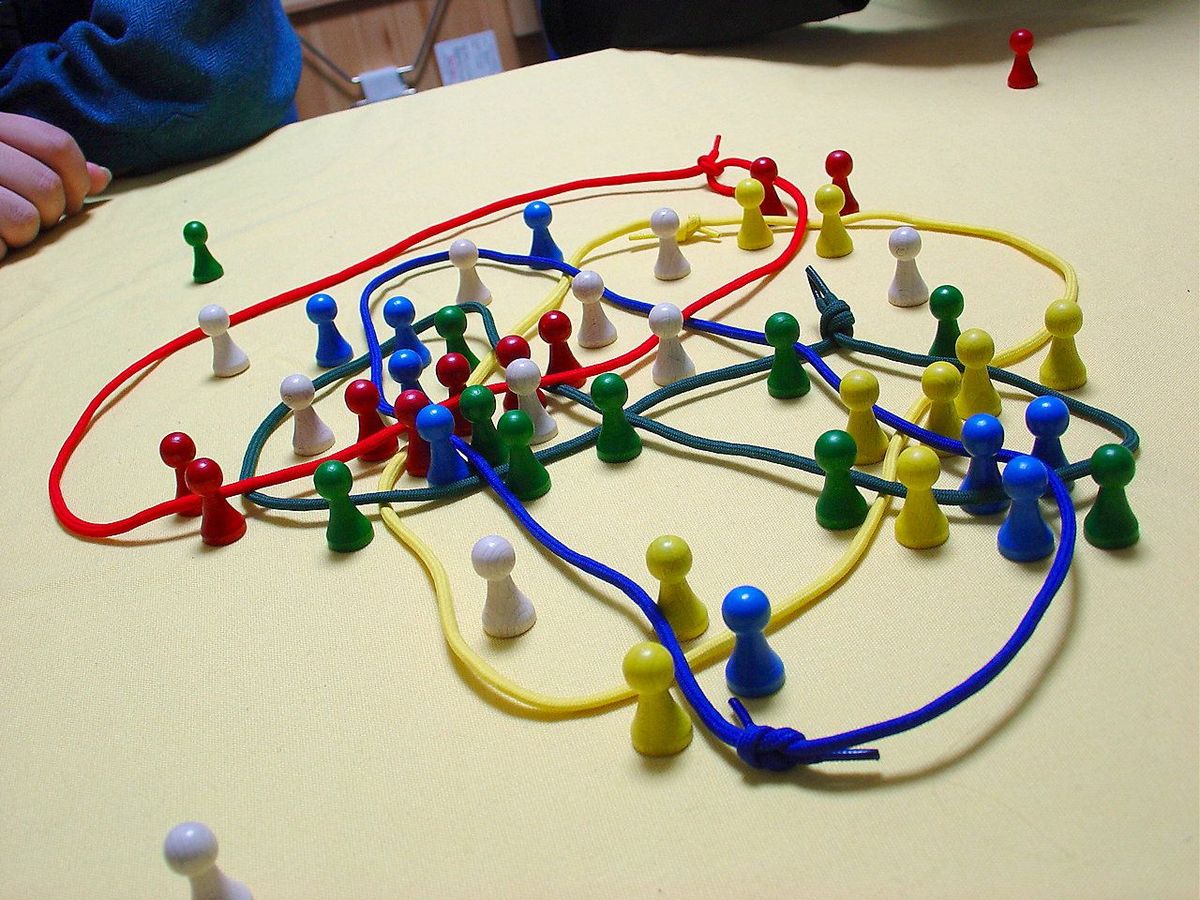 Also (and this is what first attracted me to it) endless “dick demon” jokes.

Looked up quickly on the French net: Single run of 200 games nearly 20 years ago. I guess the maths are simple as to why nobody can even have heard of it!

Hang on, the French have their own net? Is it better than this one? Is it called… Annette?

Games I played that were released in 2021: None

This is becoming a trend. I no longer play games as they are released, but years after.

The most recent game I have played

And what I am currently playing

So I think I am at least a solid year behind, if not two. Mind the leather work.

Only Brooski and Arrendek care about the year a game’s been released.
But could you provide the codebars of the games you talked about, instead of that weird formatting?

Yeah this is the thread for games that you played in 2021 and possibly enjoyed, that may not have been released in 2021!

The 2021 Ron Burgundy Award: Wildermyth
I see all the praise for this game, but every time I look at a screenshot or gameplay video, I find it impossible to believe that I’d like it as much as everyone else does. The XCOM tactical combat sounds fine, but the procedural storytelling and attachment to randomized characters do not. It doesn’t help that every games journalist calls it whimsical. I don’t begrudge anyone their amazing experience. It’s just not for me!

Most Satisfying Damage Numbers of the Year: Vampire Survivors
The numbers don’t matter, and you can’t even make them out when the action picks up. But their presence – hundreds of them popping up as you mow down enemies – taps straight into the part of the brain that tells you that you’ve done good things.

This quote will come to haunt you when you mature from your silly action games and you’ll be crying at every of the absurd tragic events striking your beloved Sims!

could you provide the codebars of the games you talked about, instead of that weird formatting?

I was actually thinking about typing them out in binary.

I find almost all games interesting, except what @Left_Empty plays. Also lots of stuff from bundles that I probably won’t play, but game count ++. :P

I find almost all games interesting, except what @Left_Empty plays.

I Don’t Know Who To Recommend This To
goes to Paradise Killer. I loved it, but a person needs to want to solve a mystery through first-person exploration. I think it got boring only when I decided I needed to collect everything (which is exactly how I ruined The Legend of Zelda: Breath of the Wild for myself about 3 hours in).

2021 Rise from the Backlog
goes to Middle-Earth: Shadow of War. Like Battlefront II, which I also played in 2021 for the single-player aspects, it’s better for being distant from what I remember hearing about its mistakes upon release. I feel good to taking a disc that sat around for some years, ostensibly to be played, and following through on that promise.

Tagged with Crafting and Survival, But I Loved It
goes to Subnautica. There must have been just little enough of those elements. I’ve played only the barest bits of this genre before. It’s like going to a concert for a band I don’t know because my friends want to do something. Usually it’s a death of time for me. Despite Subnautica working out, I’m remain highly skeptical of this style. Conan: Exiles frustrated me. I guess Valheim will end up being the next thing that might work.

I Hoped for Too Much from Tom’s Review
goes to Immortal Fenyx Rising. I thought there was supposed to be good dialogue. I thought I would save by buying the Gold edition with bundled DLC. The DLC didn’t end up being worth playing for me.

Never Would Have Played It If I Didn’t Listen to the Designer’s Podcast
goes to Gem Wizards Tactics. Enjoyable, but maybe because of the live reporting of bugs and feedback to a Discord server? I hadn’t really done that before. It was quite neat seeing things patched in the next day or two. Definitely a solid little tactical game.

I Don’t Know Who To Recommend This To
goes to Paradise Killer . I loved it, but a person needs to want to solve a mystery through first-person exploration. I think it got boring only when I decided I needed to collect everything (which is exactly how I ruined The Legend of Zelda: Breath of the Wild for myself about 3 hours in).

Game I Think I Played Wrong
To your point: This was Paradise Killer for me. For some reason I started out with the inclination to see the whole world and figure out who the characters are and where they are before actually pursuing any leads in the mystery itself (like talking to the suspect). And the I kept getting lost and climbing around places off the beaten path and occasionally having fairly random conversations and it was all interesting but also never hooked me. And just as I burned out on it I realized I should have jumped with both feet into the mystery, but it was too late. I should go back to it.

In my quick description, I missed that by summary sentences, Paradise Killer is the same as Forgotten City. I think two differences make Paradise Killer the harder one to recommend generally. It’s much bigger, with some interesting facets requiring traversal skill. And its setting and character are bizarre, though the sort that absolutely click with me. Anyway, if you give it another shot, I hope it hooks you. 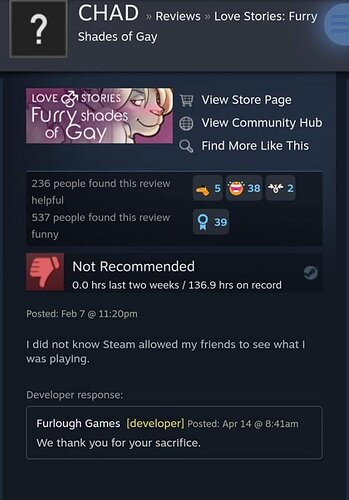