I was talking with a friend that a new measure of quality in office may become how sloppy a President or VP was with classified documents. GWB, Cheney, Obama and Harris had better have their folder cabinets in order.

It is such a huge double standard for the Presidents and VPs and everyone else.
I remember my roommate, who worked on Star wars projects for Lockheed Missiles, being terrified all weekend that he forgot to lock his classifed document drawer on his desk. When I told him to relax, he very uncharacteristically yell at me, “I could go to Jail for years.”.

True story; as a kid, I once got an awesome desk as a hand-me-down from a family member who was an employee at a NASA & defense contractor (which shall remain nameless). As it was from their workplace, it got reviewed and cleared by some department first and then was delivered to my parents’ home and brought to my room.

Really great desk, although it was heavy as hell. Even had a pull-out panel for an extra writing space, and when I pulled it out . . . there were highly detailed plans of a nuclear submarine which was about to be put into production later that year taped to it for easy reference. Now I thought that was the COOLEST thing in the world and showed my dad, whose face went absolutely white as he then rushed to the phone. Very shortly, lots of suits showed up and interviewed everyone in the family.

Good news was I got to keep the desk (minus the plans). Bad news was the person at the contractor who cleared the desk lost their job and it apparently sent shockwaves throughout the company and they stopped the practice of handing out old furniture after that.

You win the coolest furniture story, hands down.

Despite the dire threats of going to jail, it appears that typically what happens is you get fired when you mishandled classified documents. Not good for Biden

Yeah, the bit with Biden reinforced my desire that another Dem would take the reins of power, however unrealistic that may be. I admire Biden as a human being and for his passion for the country (I understand not everyone feels that way about him, and that’s okay), but it’s time to hang up the cleats, enjoy life, and drive that Corvette some more.

I’ve got to admit that I’m starting to wonder if maybe classified documents are just scattered all over the place by every President and Vice President at this point.

Many many years ago I worked at the Naval research laboratory (NRL for those in the DMV). This was actually my first job out of college. My coworkers were looking at an investment opportunity. One day, some thing I vaguely recall, as having to deal with drilling oil wells in Pennsylvania. I have no idea whether it was a good investment or not, but at one point, I asked them for more information. They gave me a document to read that describe the investment. Near the end of the day, I read the document and left it on my desk when I went home. Came in the next morning and the document was gone - instead there was a a note from Security on my desk, telling me to report the security office. turns out the investment firm, had marked the document as “confidential” and the security guards walking through the building at night, had seen it and confiscated it.

When I went to the security office, they sheepishly admitted that I was not in trouble and gave me the document back. That’s as close as I came actually having an actual security incident.

I’ve got to admit that I’m starting to wonder if maybe classified documents are just scattered all over the place by every President and Vice President at this point.

I think several of us on here have had clearances for different purposes, military or otherwise. And truthfully, every new finding of this stuff strikes me as deteriorating both the secrecy mechanic, but more importantly that those we need to adhere to it will take it seriously.

I would think our military right now isn’t too happy with all of this when they try to hold their own accountable for years after the fact.

Is there any reason (so far) to think that any of this stuff was national-defense-related secrets? I can’t really understand the mild outrage in the absence of any context or content information at all. The Trump docs were different — the search warrant makes it clear they had reason to believe the stuff was important stuff.

The Trump docs were different — the search warrant makes it clear they had reason to believe the stuff was important stuff.

Not to mention the lack of cooperation, stonewalling and outright lying about them for months (years?) on end.

Not to mention the lack of cooperation, stonewalling and outright lying about them for months (years?) on end.

Oh, absolutely. Everything about the Trump situation is different. I was just making the point that circumstances suggest the Trump docs were qualitatively different in nature.

The “If I handled classified documents the way the President does…” stuff doesn’t really scan for me. It feels like a cousin to the (poorly executed) trope of “If I ran my business the way the federal government runs the country” false equivalency that you still see unthoughtful commentators and pundits trot out for their less-educated audiences.

So first, yeah, it’s a problem. But a sitting president (or vice president…or honestly any top government executive) has job requirements that are completely different from Bob the middle manager at a defense contractor. Presidents are often not at the White House or in the Oval Office and need daily briefings from a variety of sources, whether it’s the AgSec on grain futures or DoD on Taiwan or Commerce on trade developments with emerging economies in Africa. You’re always going to have briefing memos, policy papers, etc. that are marked classified being brought outside of typical safe rooms where they’d be reviewed.

And…the USG is kind of bad at classifying documents. They over-classify, with a “when in doubt…” rule of thumb which is probably a good idea…but also makes it so that even people who specialize in certain areas of high-level, top secret information aren’t totally sure what’s OK for looser handling and tighter handling when you get to gray areas.

And a lot of those classified documents aren’t the locations or orbits of spy satellites. They briefings on how futures prices on red summer wheat will affect consumer costs in June of next year. Or expected movement of housing prices in Dupage County, IL.

This piece from 2016 and the Clinton email scandals was pretty illustrative:

FBI Director James Comey’s 5 July statement on the investigation into Hillary Clinton’s private e-mail server was exactly what we would expect from a professional [...] More

As scott and strummer have noted, the issue that is most important is what is done when classified docs are discovered after the fact. Does the President, VP, FBI Director, CIA Director, SoS, etc make immediate arrangements for secure return? Or do they stonewall a subpoena and then lie about compliance with it?

I think there are two problems here.

First, (and this was an issue since forever) is overclassification. When I worked in a SCIF during my Army days, there was a policy in place that caused ALL documents created or handled in the SCIF to automatically gain at least secret classification. The over-cautious theory being that it was the safest way to work without some authority reviewing every note jotted on a post-it on every desk. It was nutty, but not an outlier. A lot of facilities worked that way. I can imagine overzealous intel folks deciding that everything going or coming out of the POTUS’ office is automatically classified if it has anything at all to do with another country or the military regardless of its importance.

Second, it doesn’t appear that there is a classified handling authority at the White House that directly works with the President and VP. Someone is giving these dudes classified documents and then seemingly no one is responsible to check them back in or oversee their destruction. The President and VP are executives and they have civilian mindsets like C-level folks at a company. They’re never going to treat classified documents with the care we force lower workers to have. There should be someone attached to each office directly responsible for tracking and handling of documents.

As for my opinion, yeah, it’s super frustrating to see how lackadaisically classified documents are handled by these guys. 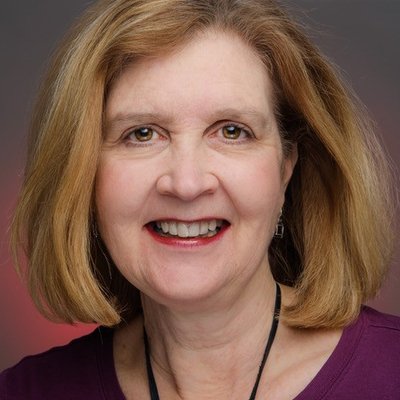 I think the problem with the White House is that so much of what goes through there is classified, they just say their policy is to treat everything as classified, which translates to a policy of treating nothing as really classified. Improperly handled classified documents in the White House is the norm, not the exception. All the measures developed over the years to control classified materials at lower levels of government and for contractors were never conceived of as applying within the White House (and I imagine only grudgingly and reluctantly applied in the relevant Congressional committees).

I also think we should emphasize that all the criminal liability Trump is facing does not depend on the documents he improperly retained being classified or not. All the talk about classification with regard to the Trump documents is kind of a red herring.

I also think we should emphasize that all the criminal liability Trump is facing does not depend on the documents he improperly retained being classified or not. All the talk about classification with regard to the Trump documents is kind of a red herring.

This, absolutely. Whether the documents are classified or not seems to be irrelevant to the question of whether he committed the crimes in question.

I think the problem with the White House is that so much of what goes through there is classified, they just say their policy is to treat everything as classified, which translates to a policy of treating nothing as really classified.

Sure. As I said, overclassification has always been an issue - and not just at the White House.

At the same time, I’m willing to admit that some of the documents they look at and generate are properly classified. And it doesn’t seem like really anyone is in charge of that at all.

I gasped out loud.

And holy cow, having plans for a nuclear sub taped up on the wall would be so much cooler than a rock band poster.

Do you regret telling your dad about your find and the consequences, but on the other hand you maintained national security?