It’s a crying shame that stuff like this doesn’t happen more often in Nightmare Reaper. It’s got some really cool ideas but the procgen is a curse as much as a boon - it’s no accident the above clip is from one of the scant levels that were obviously handmade instead of generated.

Unfortunately the majority of my time playing now is spent poking around for some bland looking yellow blob amongst bland looking yellow ammo boxes in order to shove said blob into a Half-Life barnacle. There are a number of other tedious variations on ‘carry X to Y (and maybe do Z on the way)’ - not entirely sure why the blue/red/yellow key system wasn’t quite enough. This might’ve been more palatable except neither X nor Y are marked on the map, you can’t shoot while carrying X, and good luck remembering where exactly Y was amongst the abstract-yet-samey level architecture.

My most hated feature however is the ludicrous ‘flinch’ your character suffers when they take damage. It can be so over the top at times as to be downright disorientating. There’s a arachnotron-esque enemy in the late game which has railguns (I think?) and if it hits you, you inevitably end up turned 180°, staring at the ceiling and your screen completely red. I’ve died a few times just to not knowing where the hell I even am any more, never mind being able to fire back.

I really wanted to like it, but it is so insistent on throwing up any and every kind of barrier it can to stop you from just… shootin’ stuff and having fun. The terrible minigames (each a multi-hour grind in and of themselves) can, thankfully, be disabled at the cost of marginally slower progression but some of the other design issues cannot be so easily sidestepped.

I didn’t dislike it enough to stop playing, there are flashes of excellence and it is quite varied, but its inventiveness doesn’t really disguise the fact that it’s a very middling FPS most of the time and kind of a slog for the rest.

RPS, PC Gamer, and GGManLives are all fairly enamored with Turbo Overkill, which is published by a rebooted Apogee Entertainment, who are pretty keen to stress they have no relationship to the Danish 3D Realms, and developed by a Kiwi studio. I wish it wasn’t early access though. 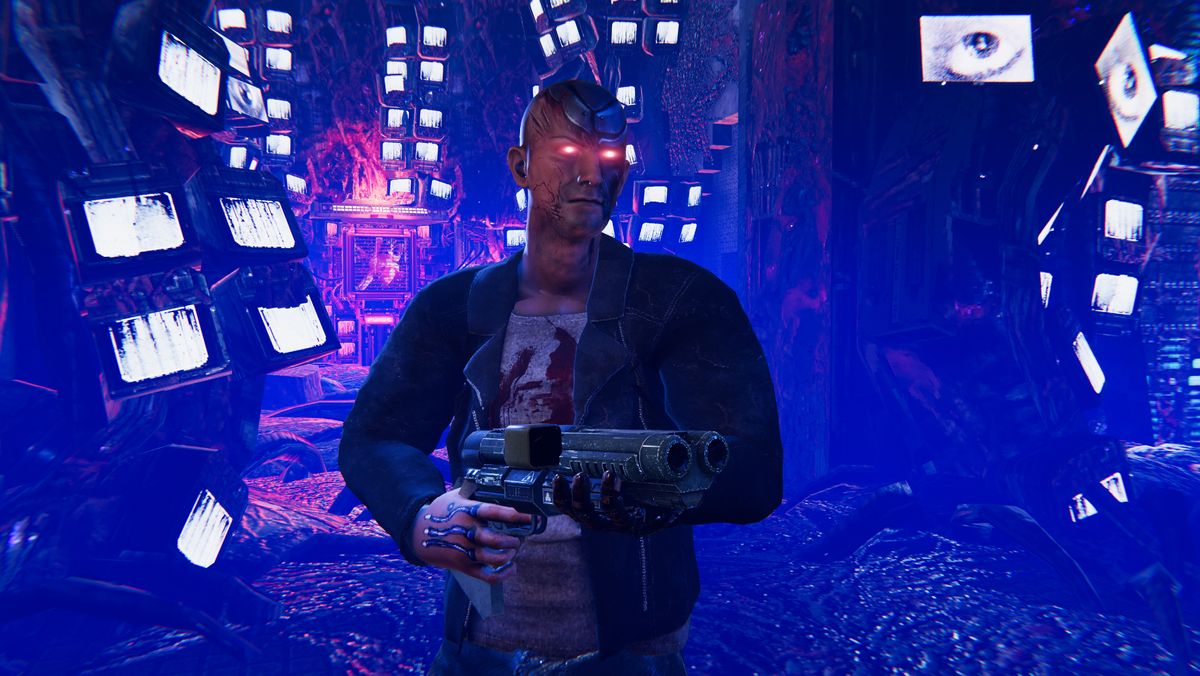 The super-fast retro shooter releases on Steam in Early Access this Friday. 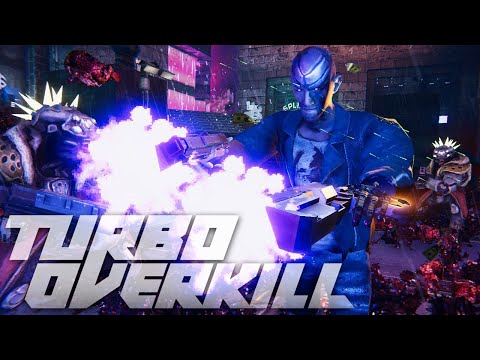 I decided to jump in on Turbo Overkill and played the first level (and missed one of the collectibles, alas). EA is currently just Episode 1, I don’t know how many levels there are.

Double jump, double dash (with a fairly speedy refresh on dashes), dash slide with the afformentioned and shown off chainsaw leg. . . it’s zippy and quite fun. I haven’t tried to mix dashes and jumps yet but you can jump after double dashing so I am sure you can do it all. And I just obtained the shotgun alt-fire upgrade, which among other things allows for a form of rocket jumping.

There are five, I think, difficulty levels and I am playing on the second which features 1.0 multipliers for enemy health and bullet speed. Higher difficulties increase those, and also restrict where some power ups can be purchased as I understand it.

I search for this thread using ‘compleat’ so thanks scharmers for the distinctive word!

Dominic Tarason just tweeted about Arthurian Legends from late last year, and I love the aesthetic: 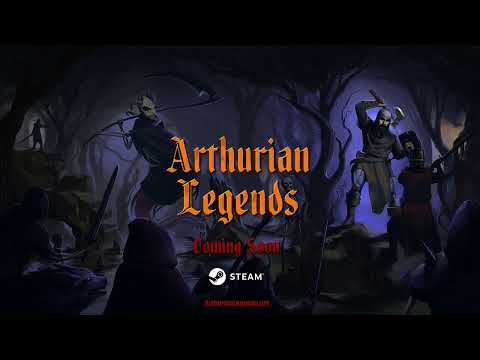 It’s not a shooter as such, but it feels like it should be mentioned here.

I have been playing Hedon Bloodrite, the second chapter (which basically is a second game, released after the first release of Hedon)
I have to say the second part has a very impressive set of hub style maps. Huuge, each one with differentiated areas, and interconnected in different ways, with new shortcuts you open up as you progress. Super ambitious, even more than in the first part, even against AAA games. There is desolate area, a swamp, some ruins, a stronghold, catacombs where you push statues to open a way, a village, a pyramid, a dense Autumn forest, and more. There is a map with mushroom forest, some grand halls, a weird mansion (with inter-dimensional kitchen, enchanted mirrors, a treasury area, a pool/sauna/baths themed area, an geometrically crazy library…) in the vein of Thief, there is a three or four level ossuary dungeon, hidden passages, temples, icy caves, etc.

And well, the game goes crazy with it, they give you super vague goals, and each is a multi step effort, that supposes a serious effort in exploration, and even some riddles and puzzles. All very old school, there is some stuff that will make you use pen & paper.

In fact here it’s where I say that while I appreciate how ambitious was the author, he went too far. The objective they give you are super vague, and your journal won’t write down any new developments in your progress within them, only the initial sentence appear. So there are times where you literally have to remember what a npc or book said, even if you last played two weeks ago. The maps are so big that the automap really needs some kind of auto annotation system, where is pointed where different special locations and npcs were, the last thing I did in the game was to go to places I had been before (a little garden with a brain-in-a-jar npc, and a graveyard) and I needed half an hour to even find the locations, ugh. And some of the riddles… this is very 90s rpg shit.

In other words, I’m stuck right now, without clear clues (I think I have to enchant a true sight pendant, but no idea how, also I need to make a statue of myself, I was proud of already finding two special rocks to give to the craftsman, then the fucker asked em for seven. Seven?!). I’m not sure I have the willpower to continue. I may uninstall. 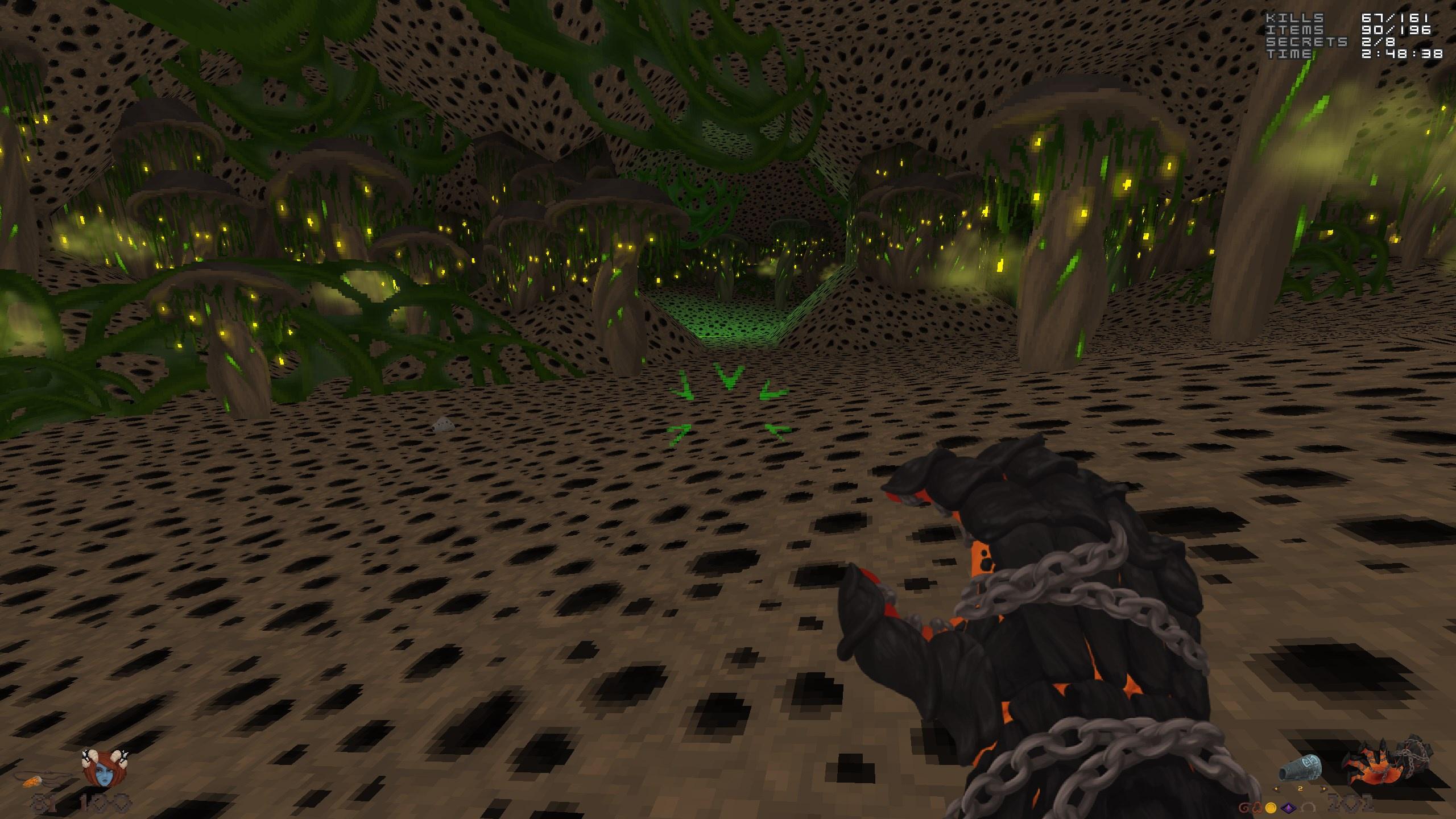 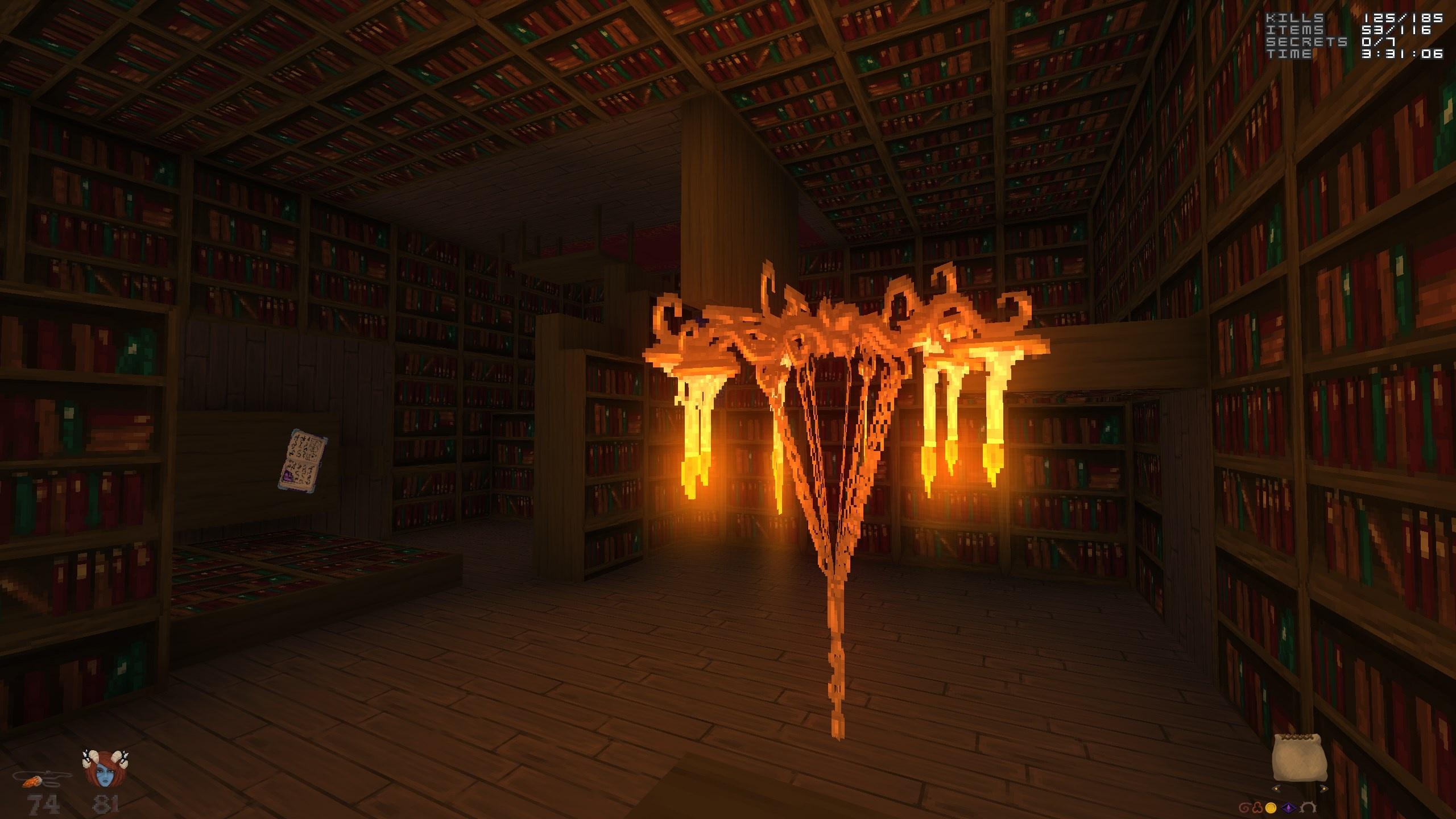 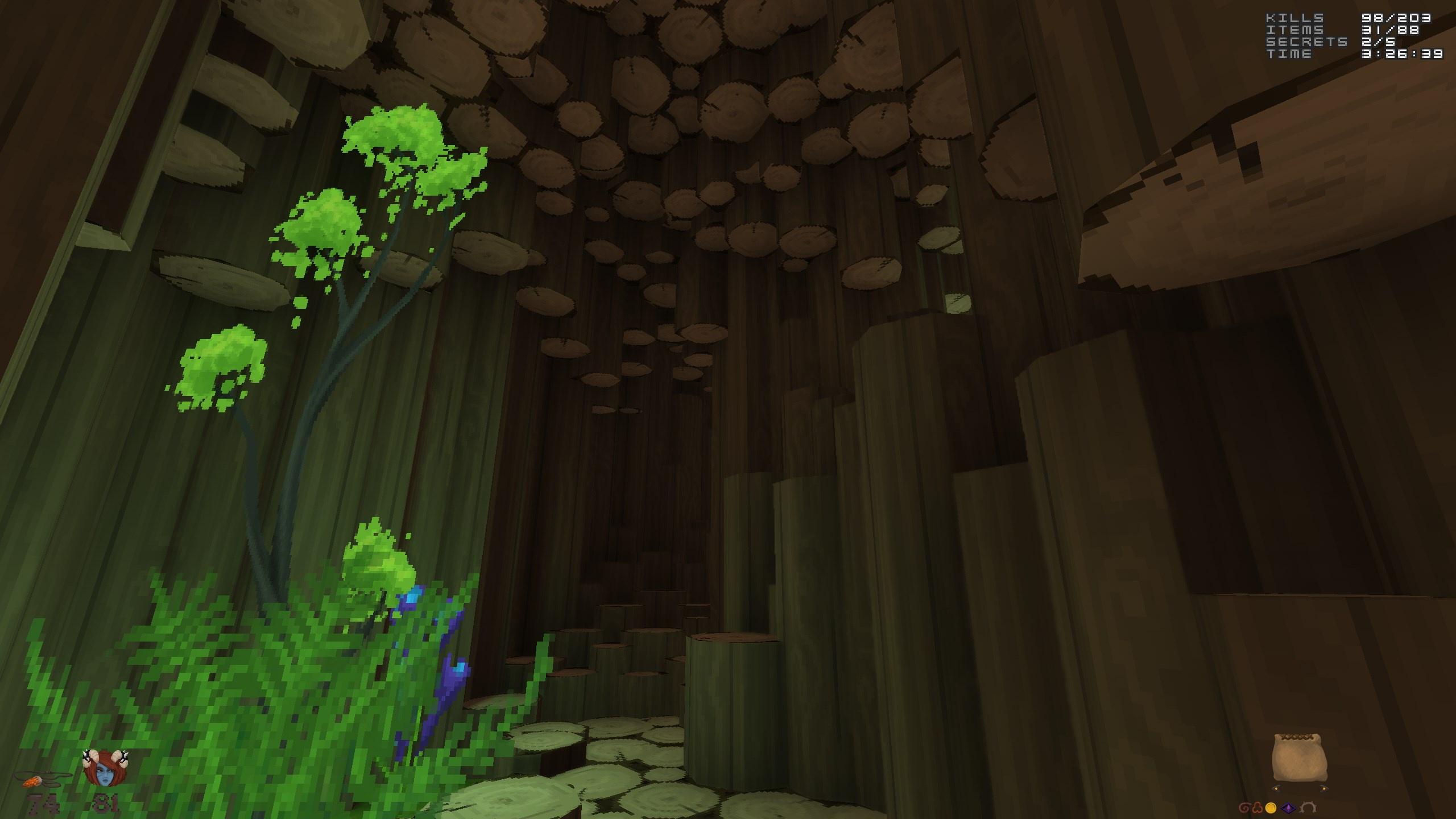 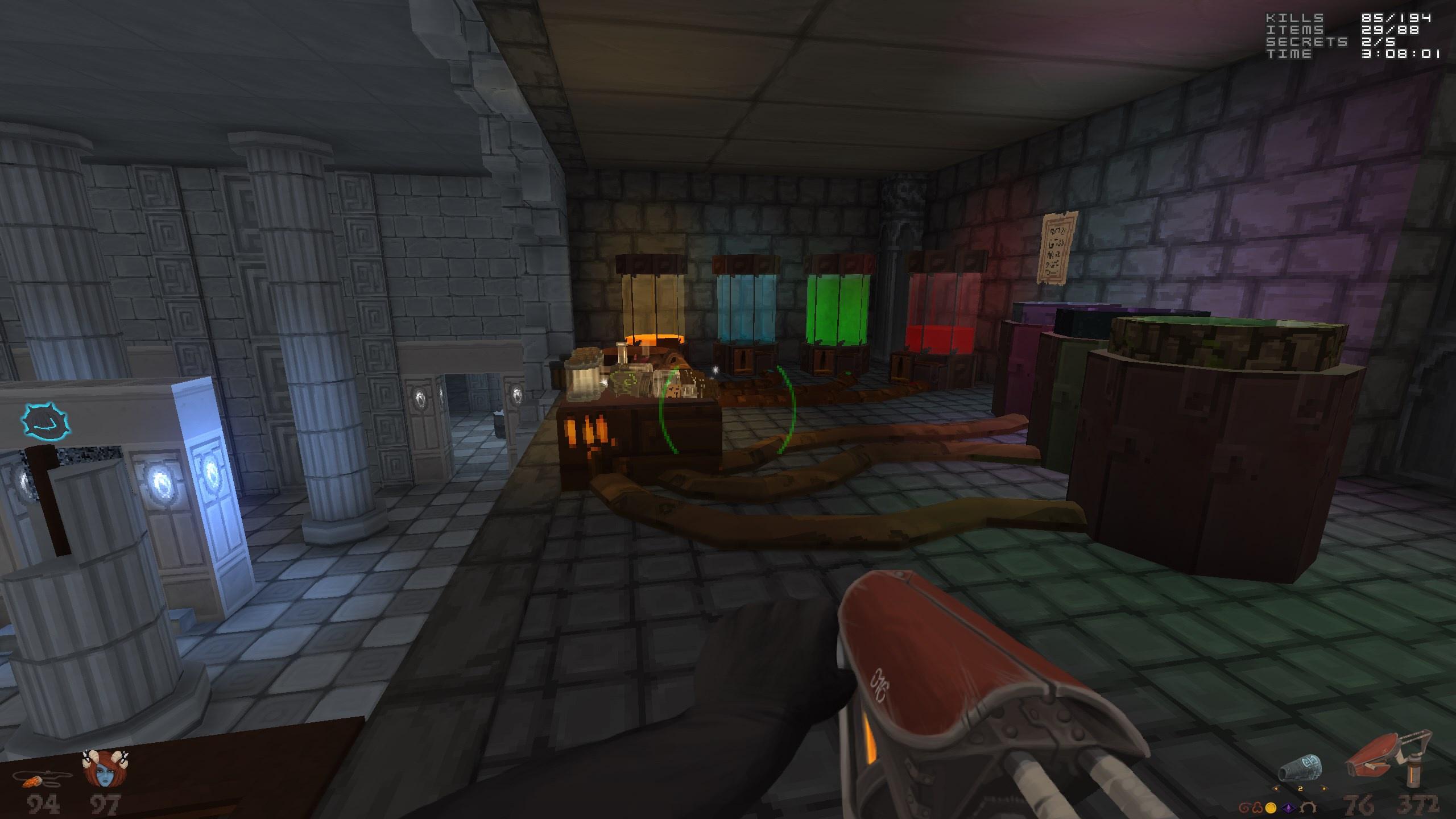 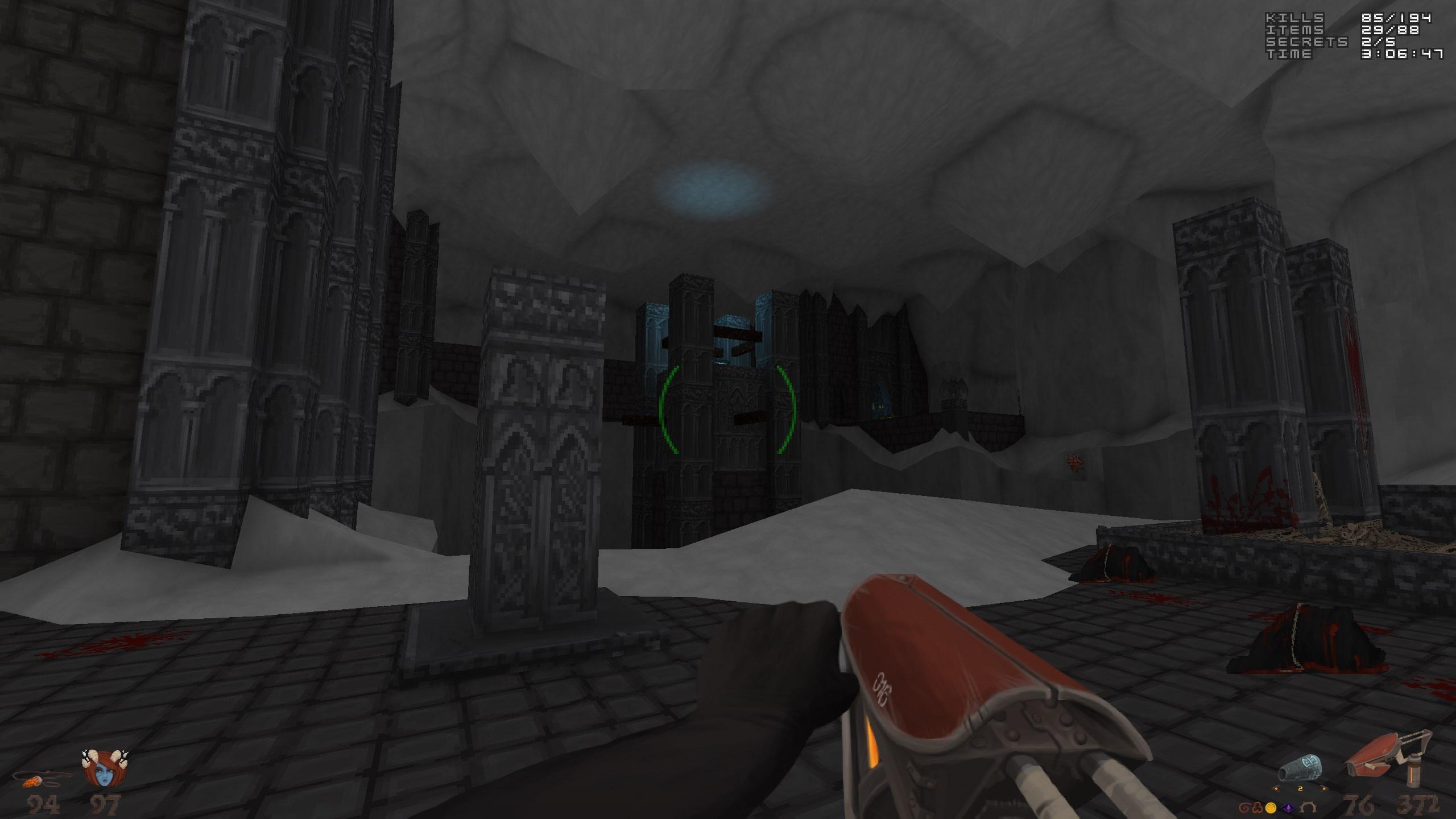 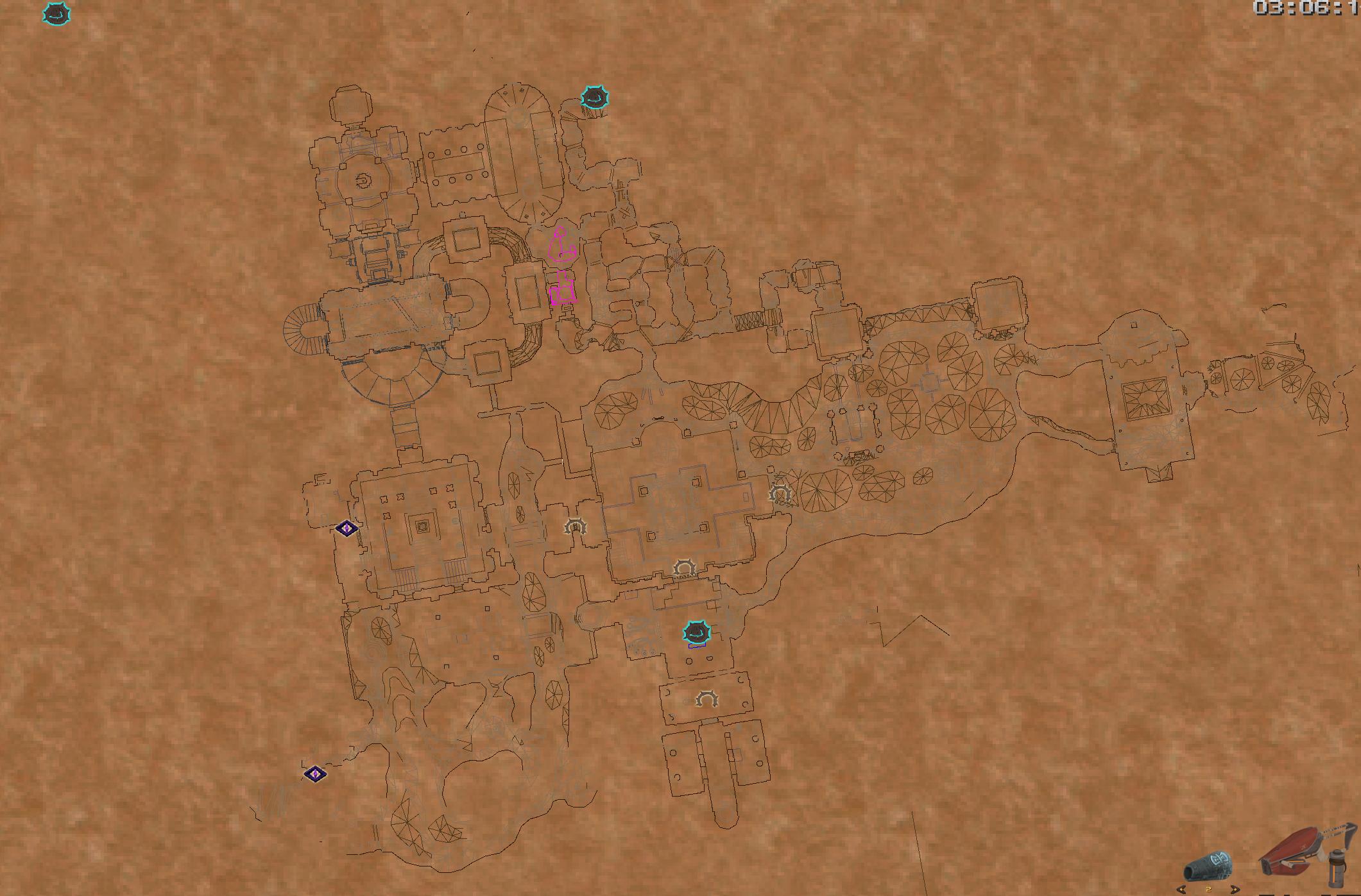 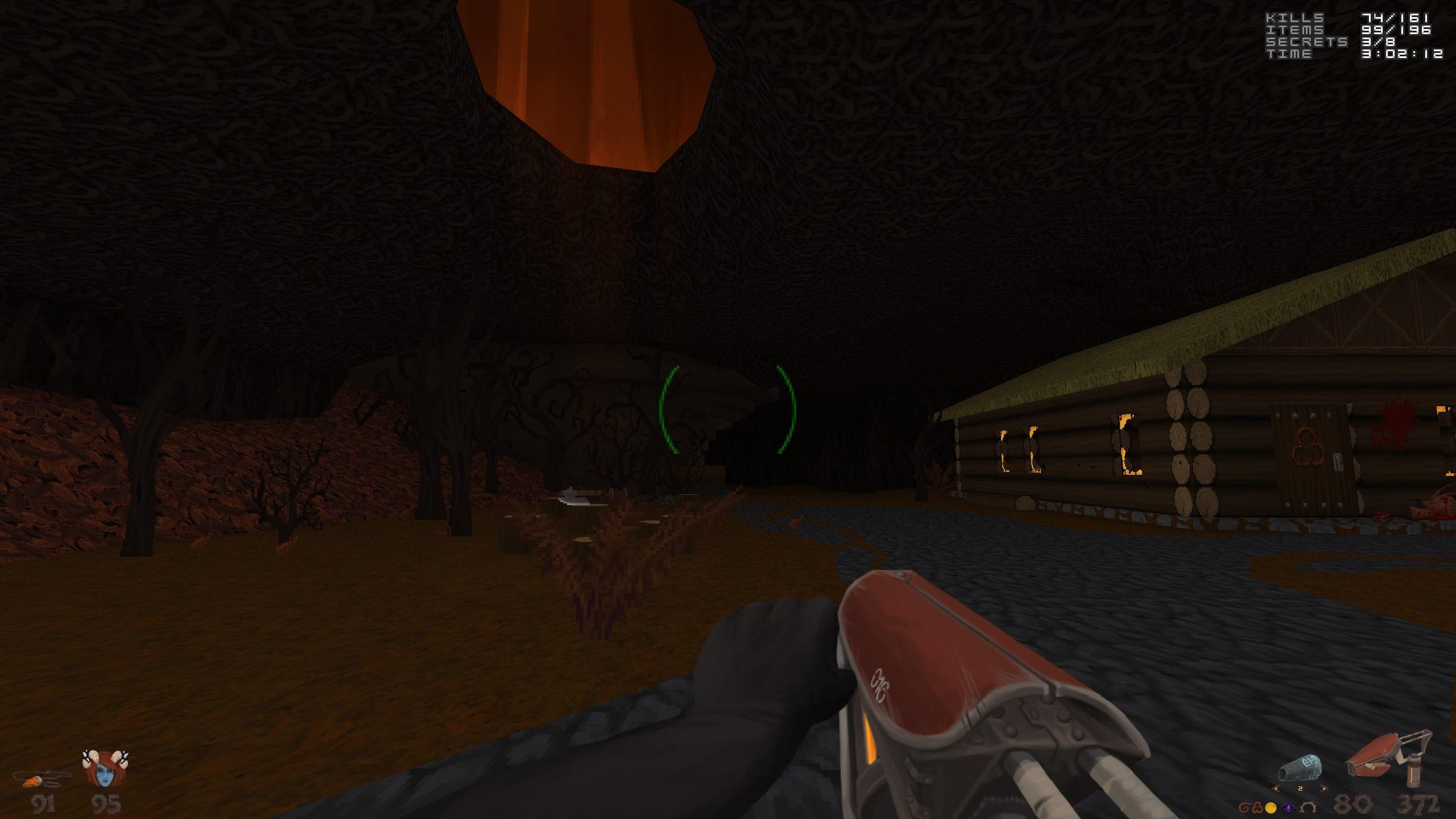 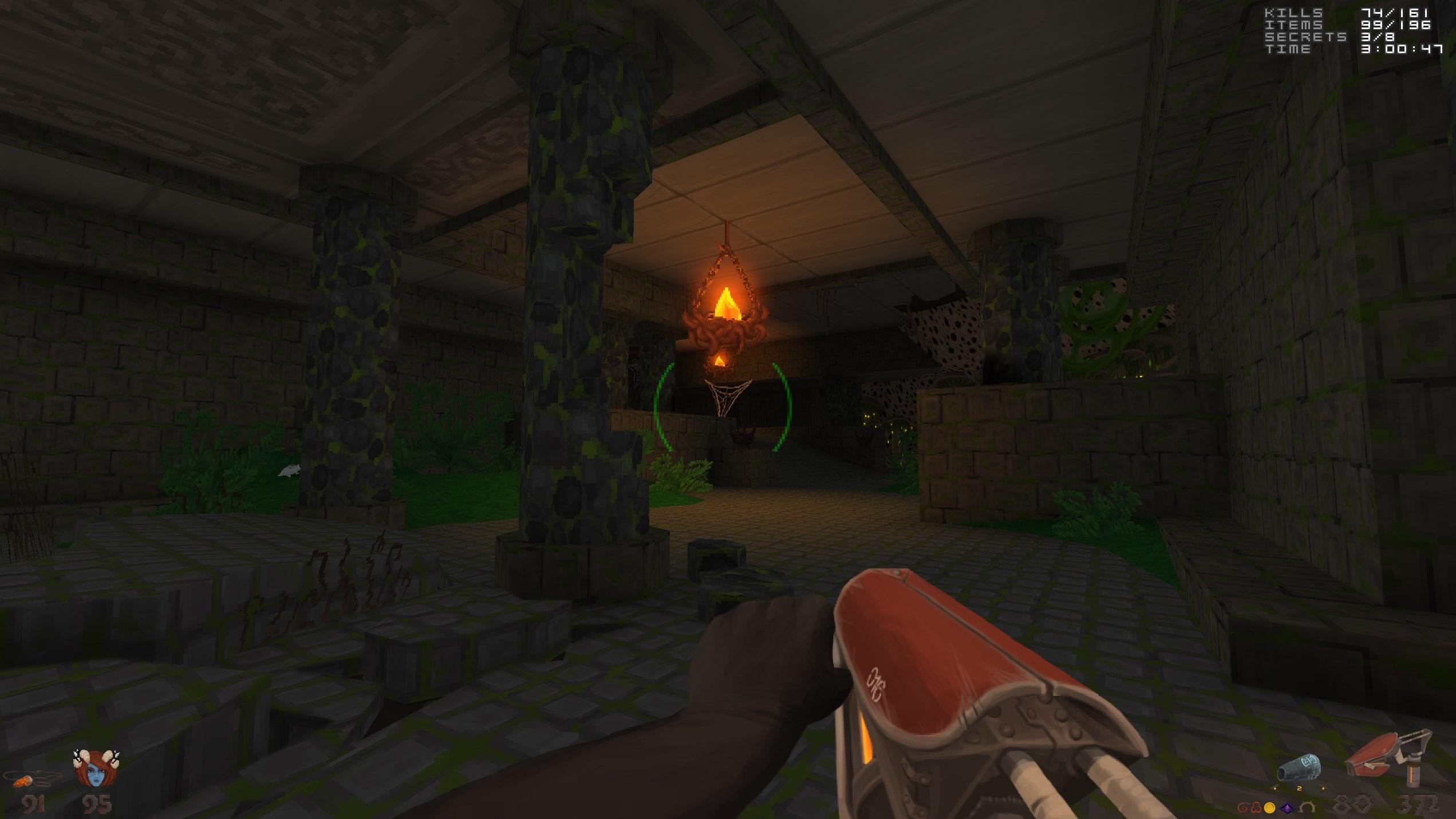 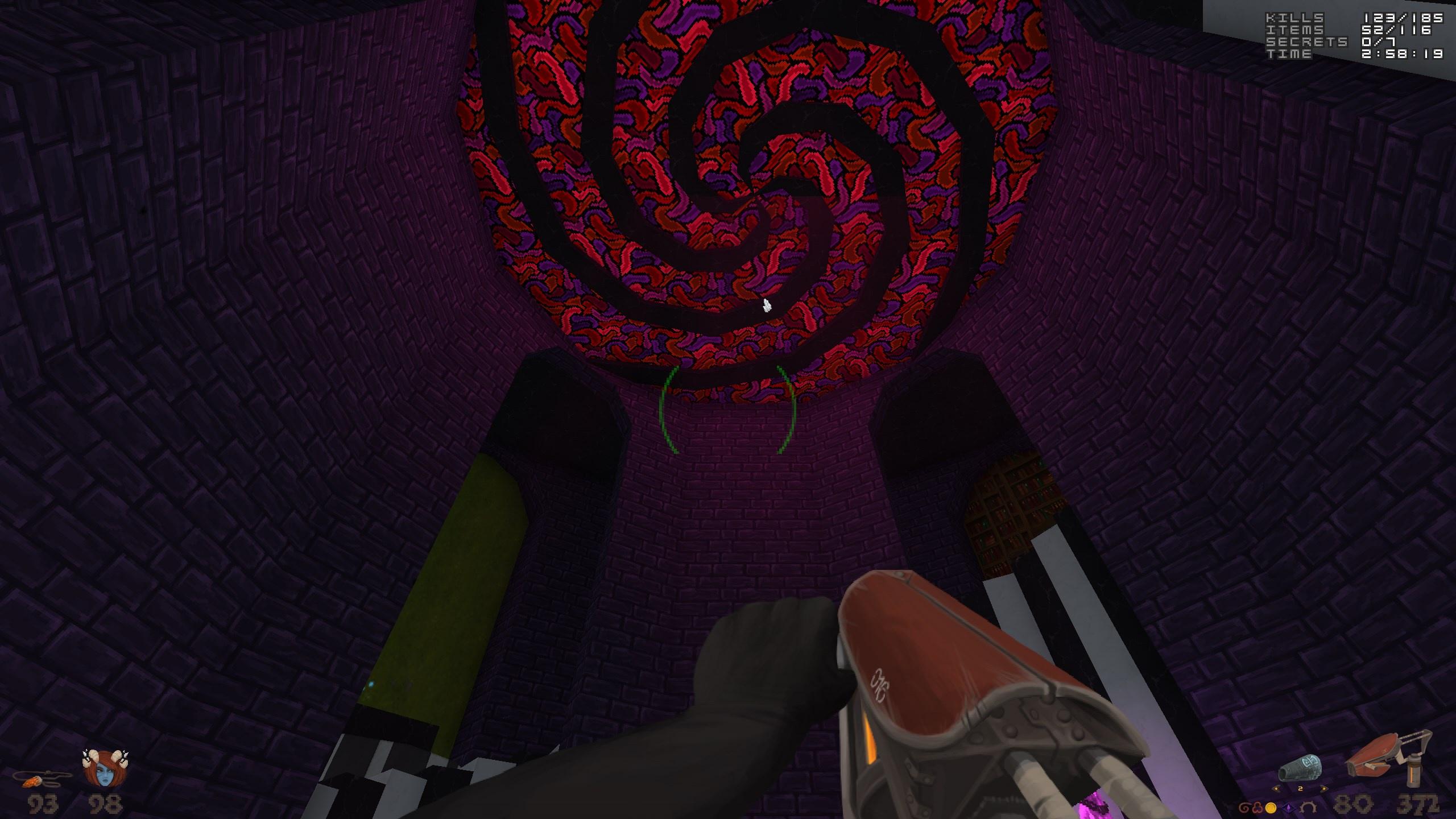 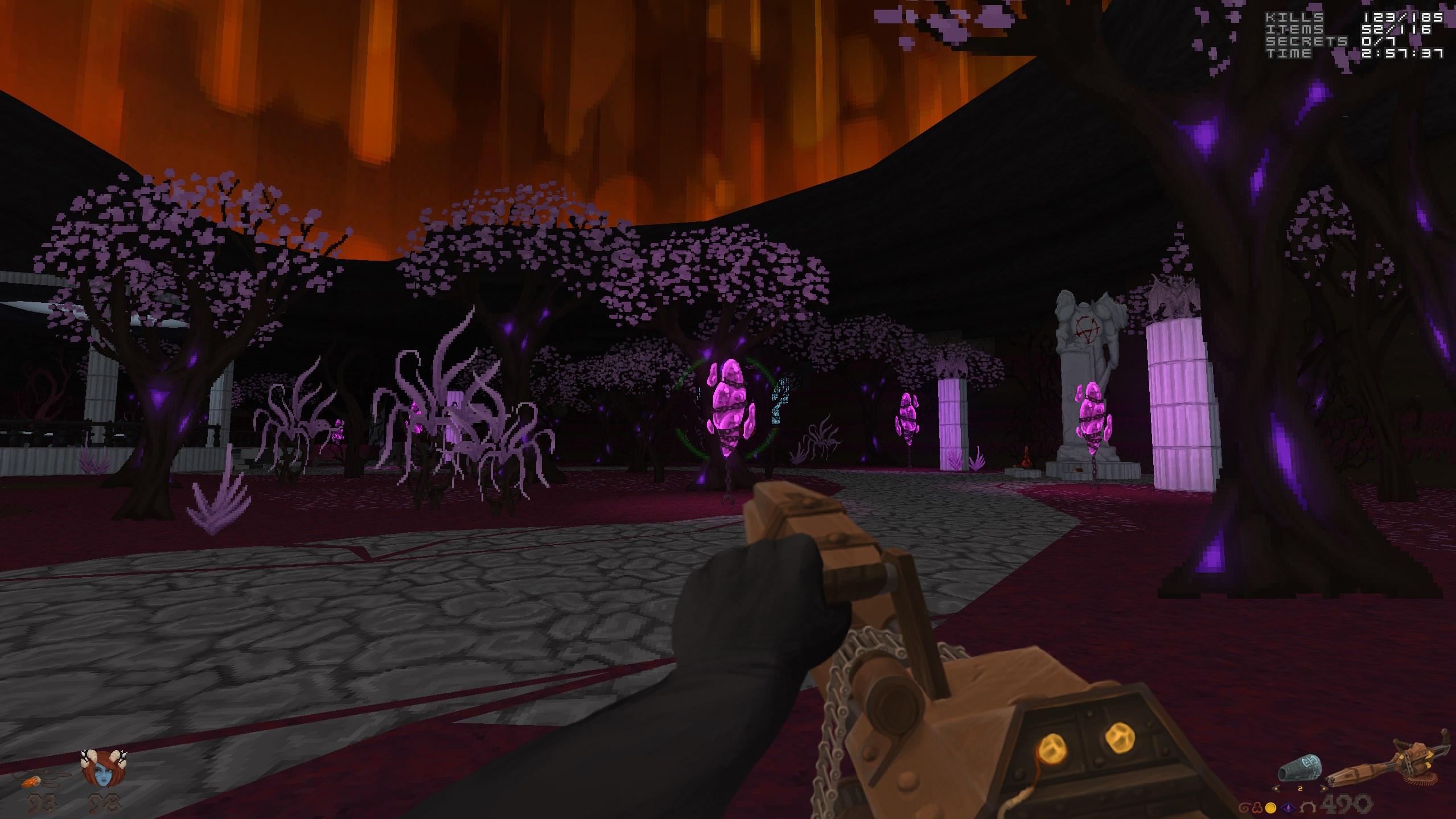 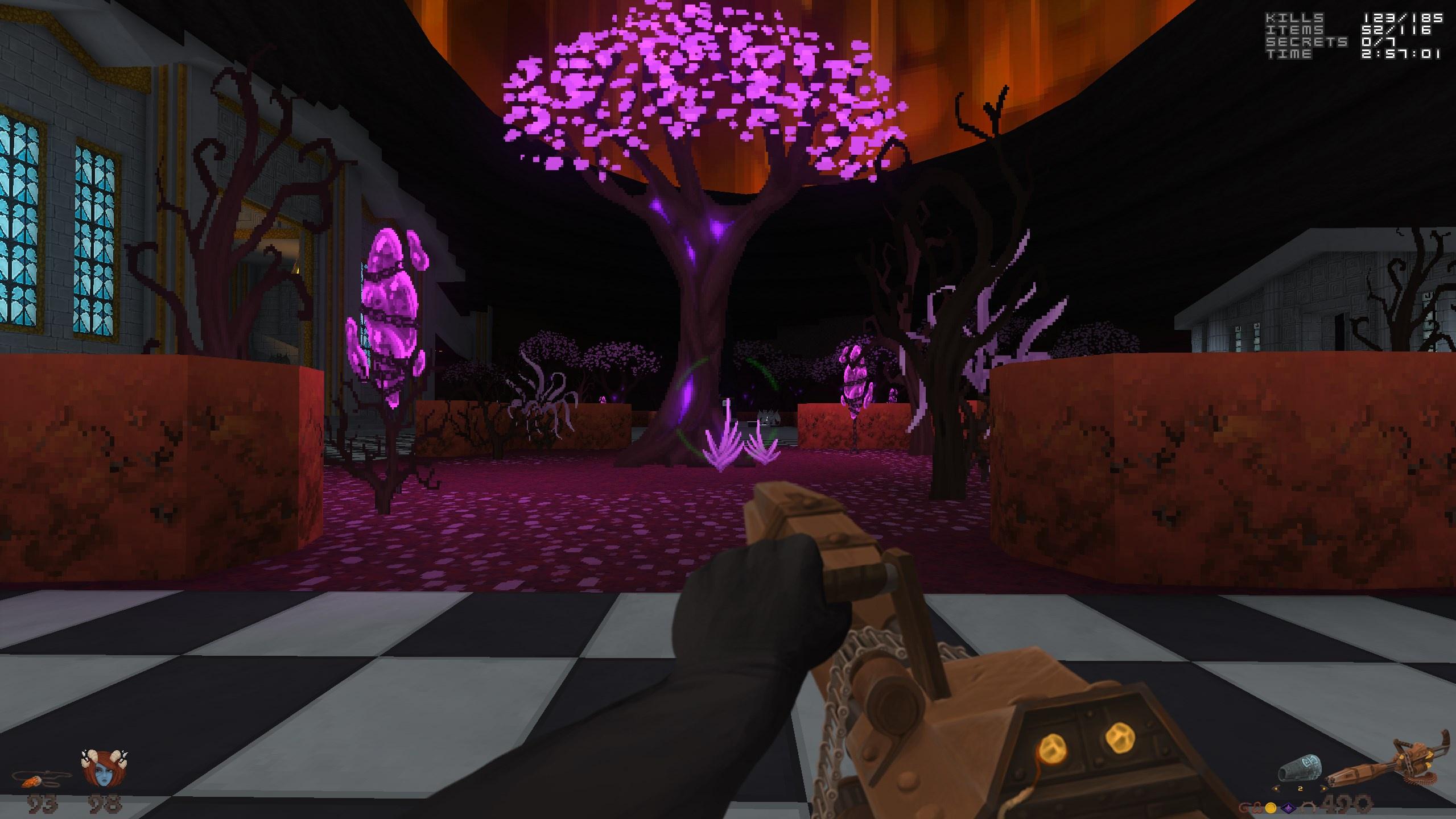 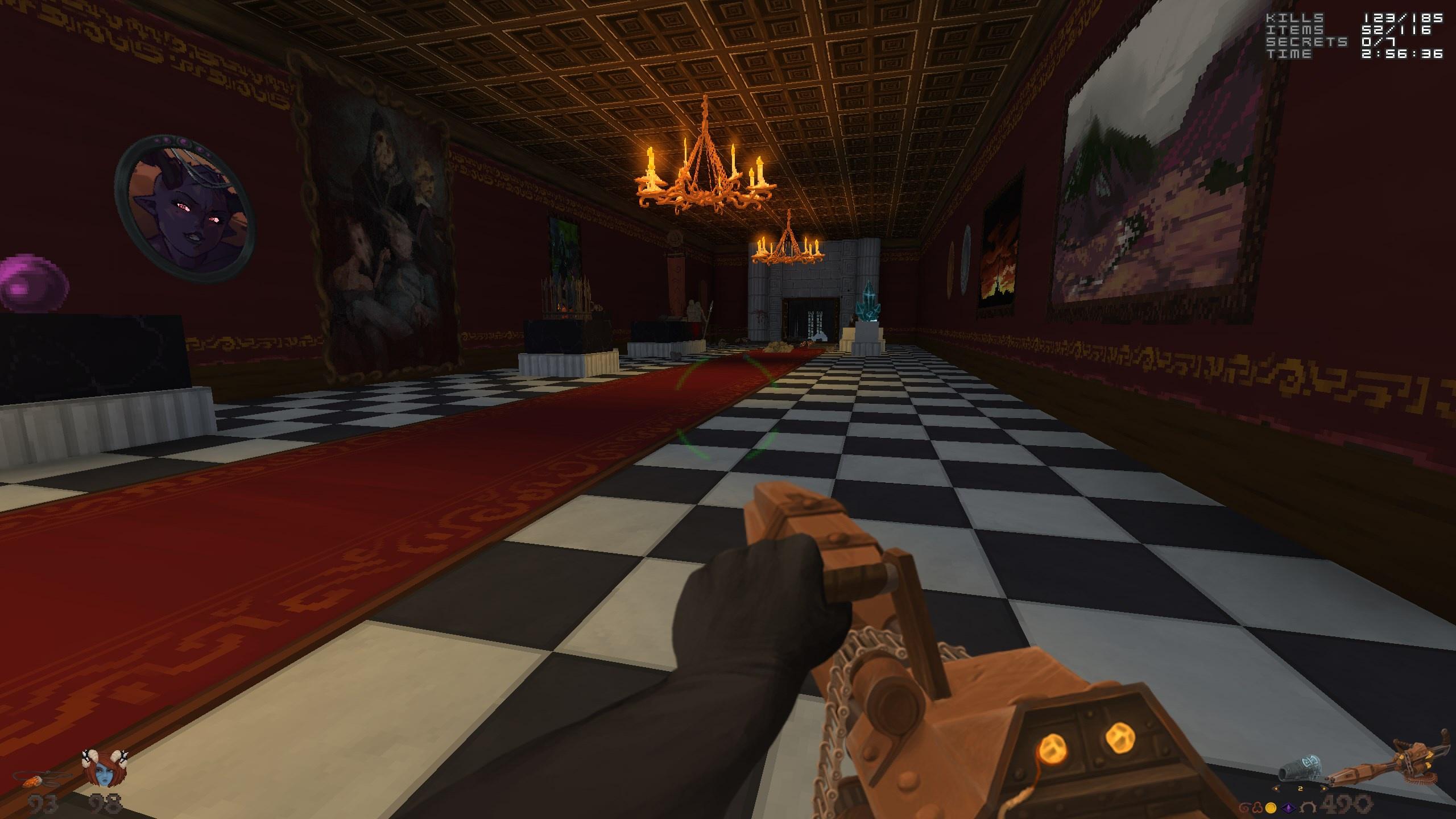 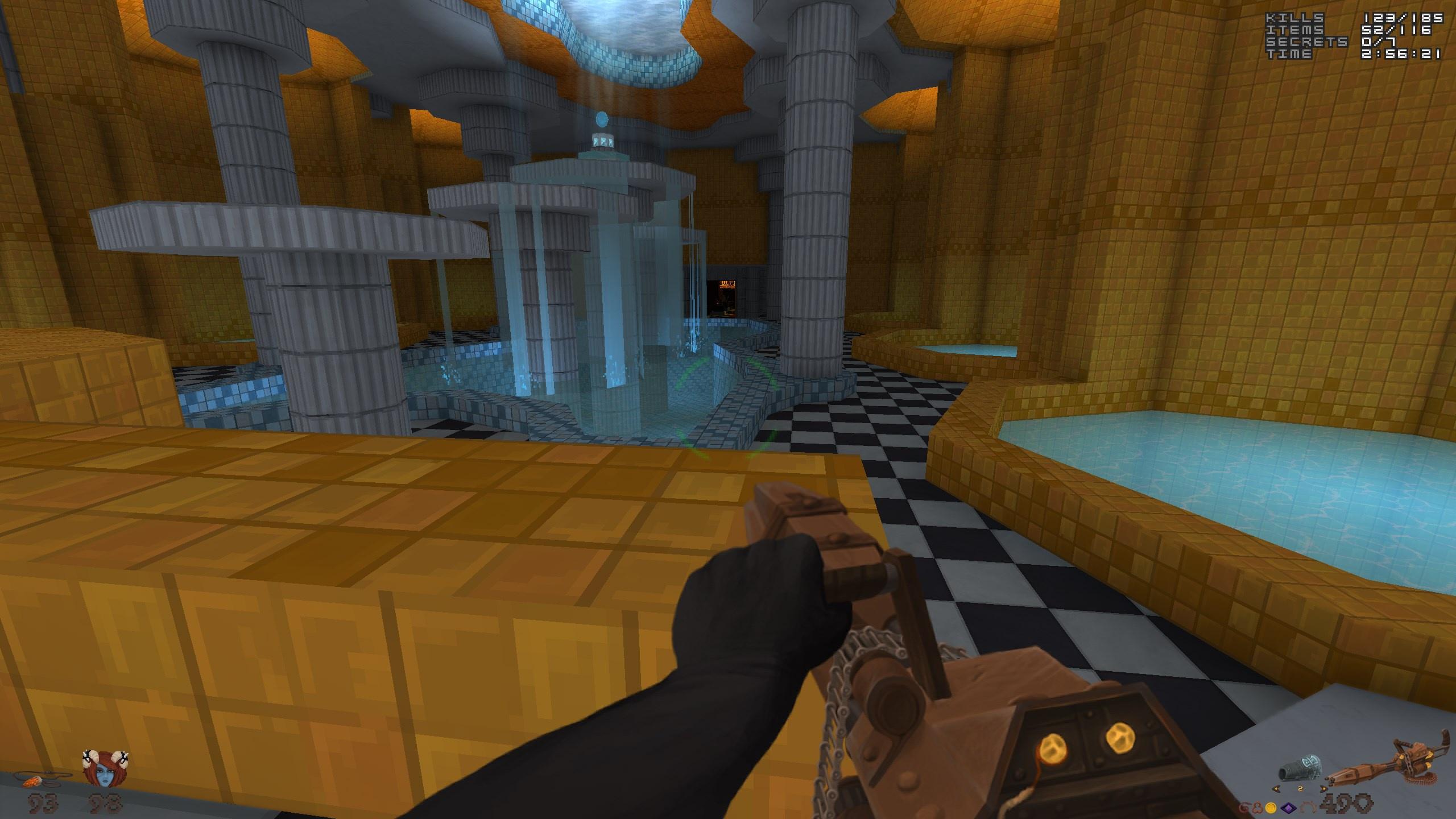 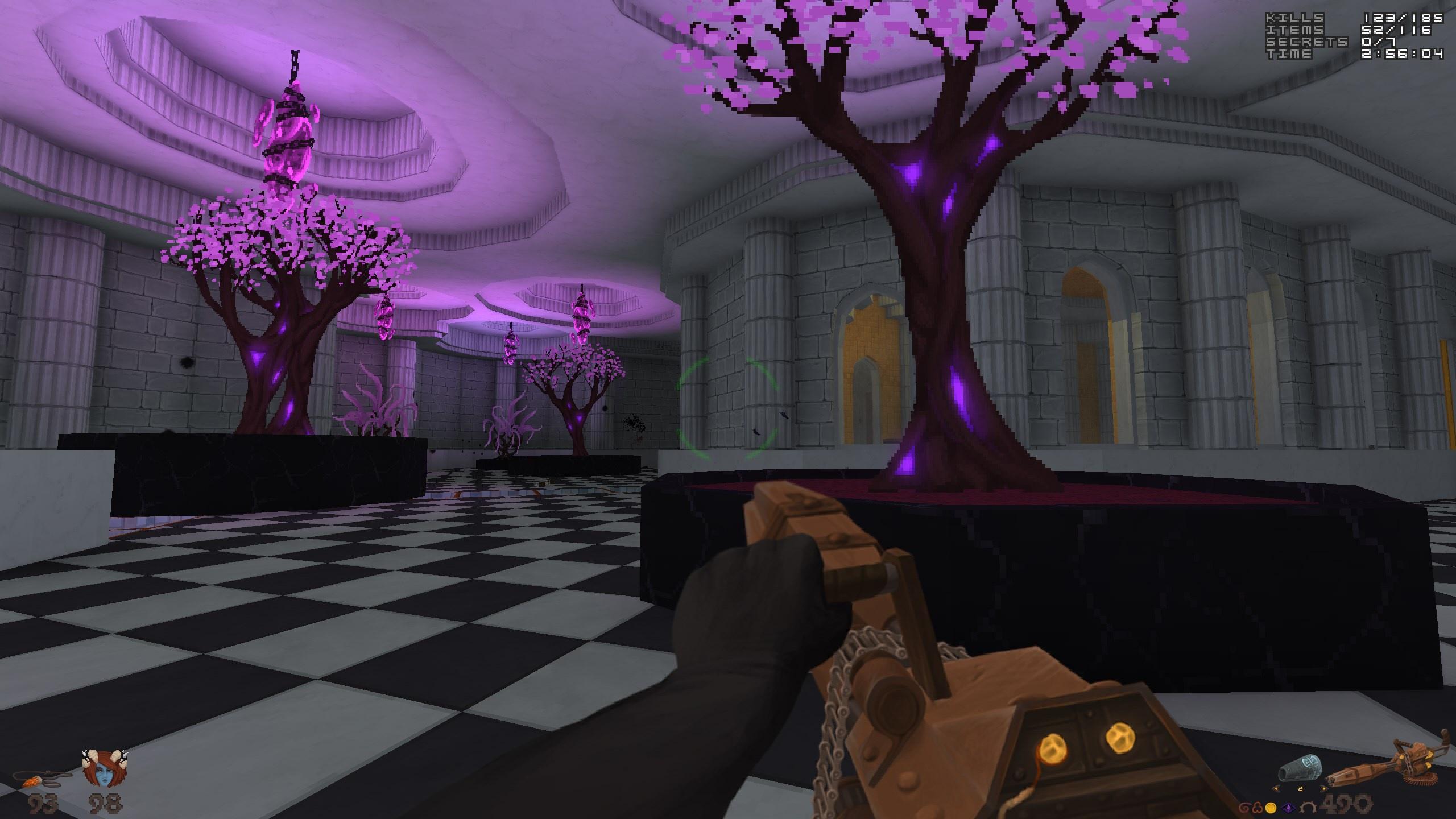 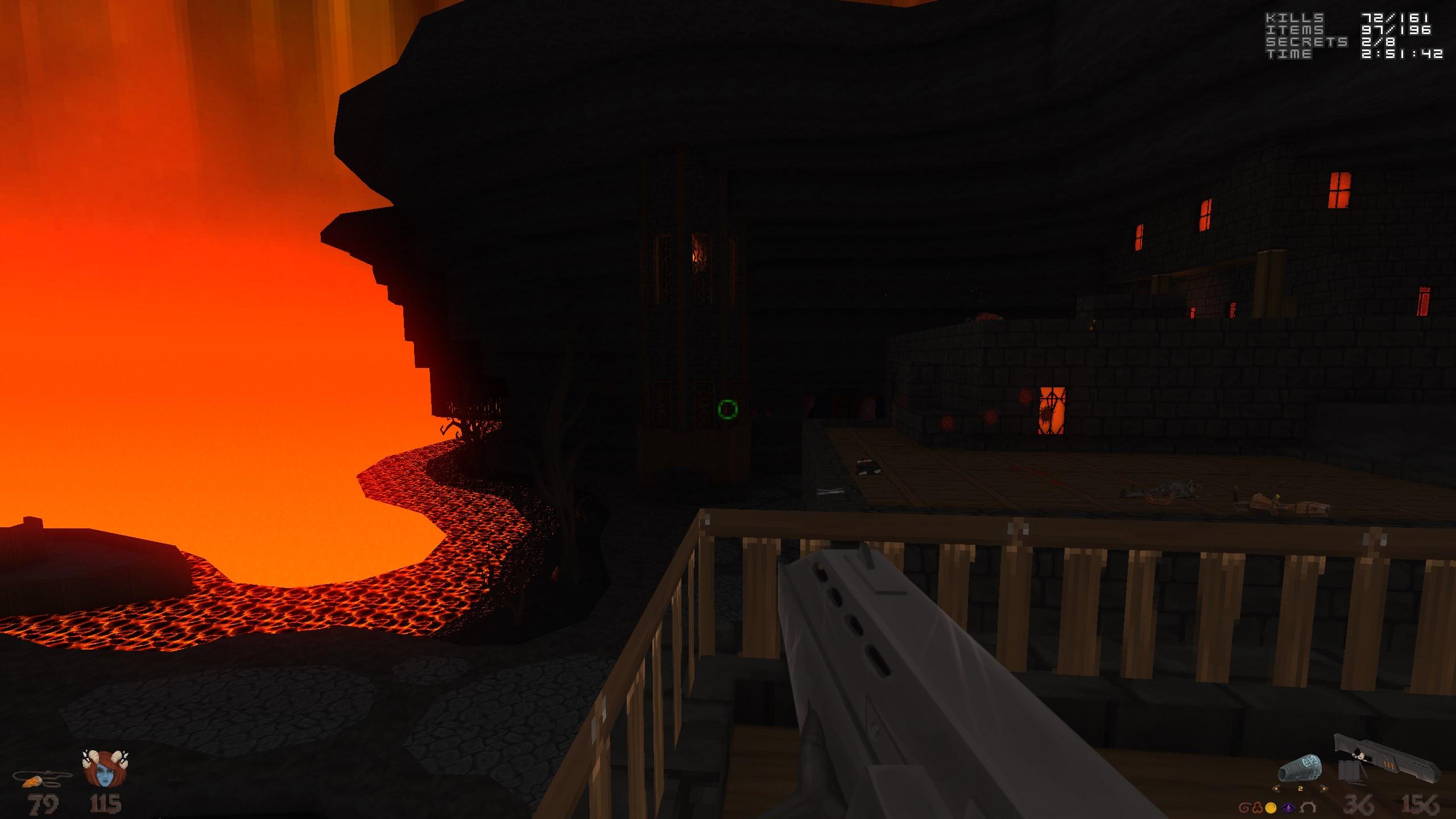 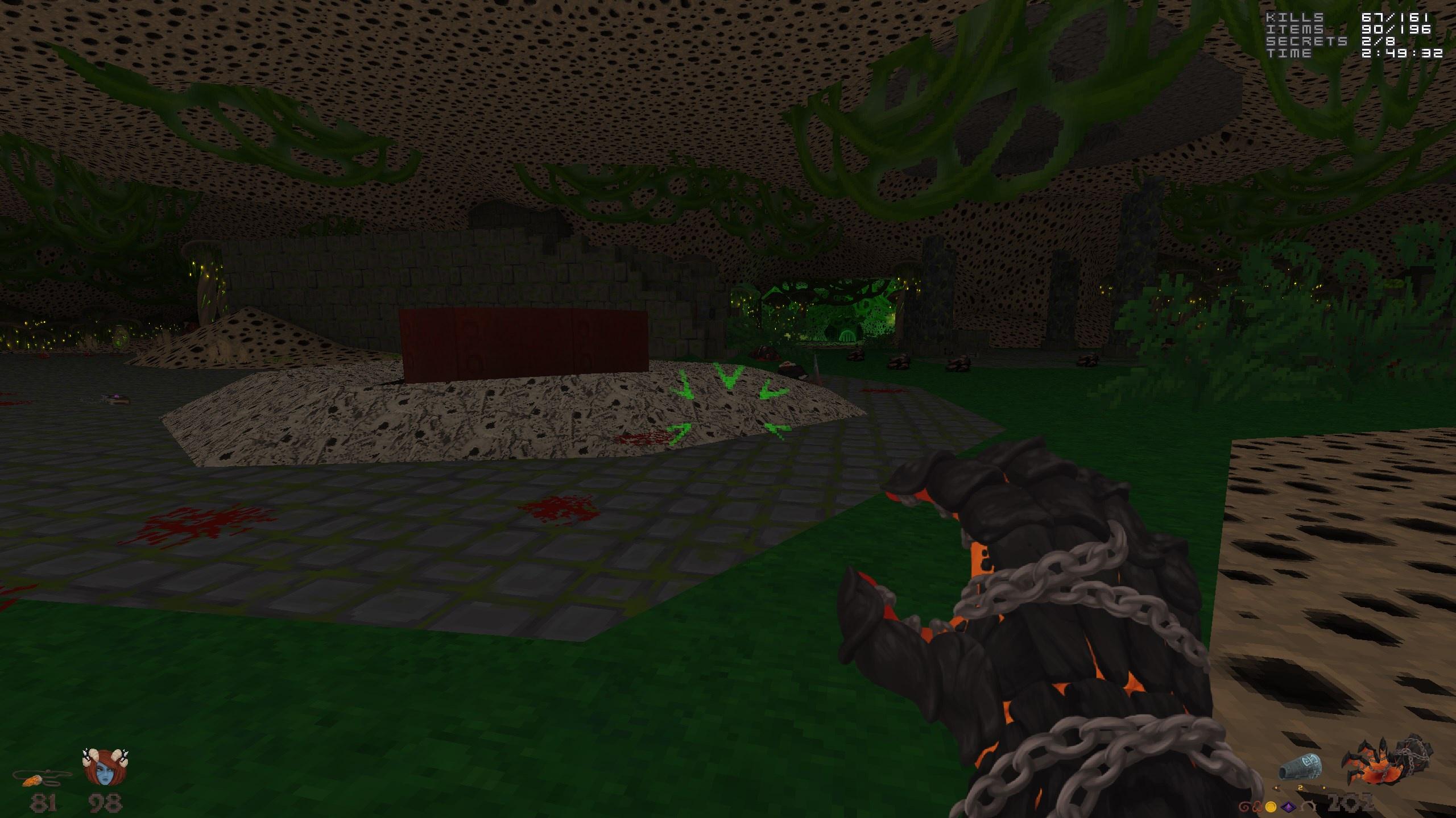 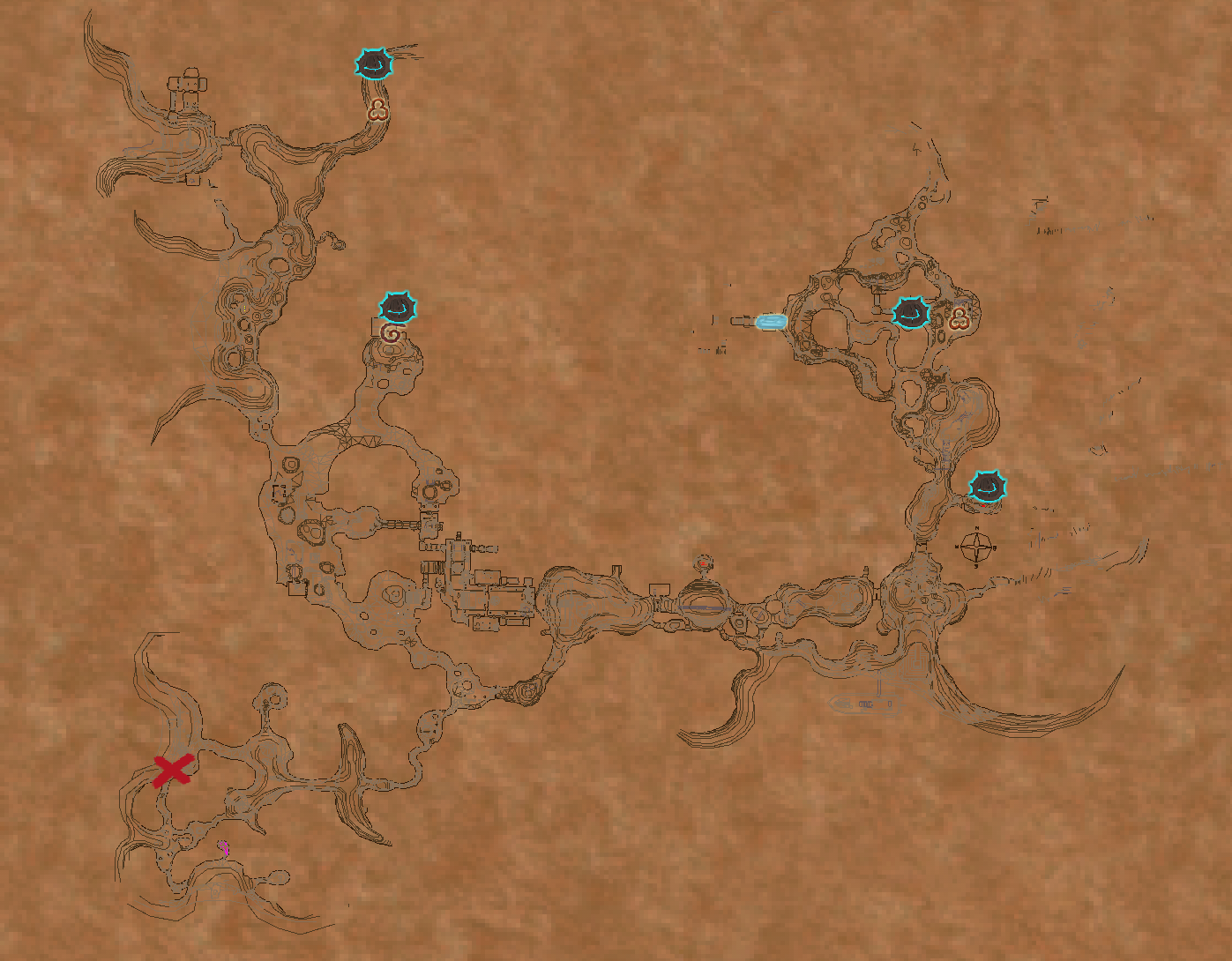 Random recommendation for anyone who hasn’t played it yet: the Wolfenstein TC “Blade of Agony”. It’s a tour de force that I would have gladly paid money for.

Not going to lie, you might have just sold me on this. With a notepad. 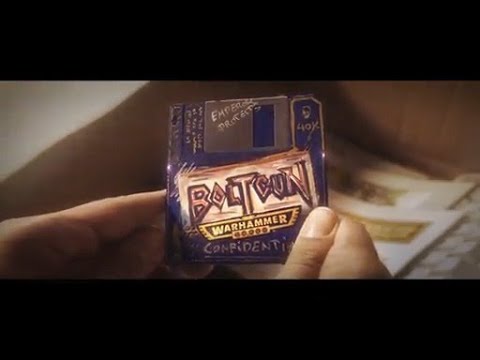 Boltgun almost looks like it was built with the engine from Prodeus.

For which Wolfenstein is this TC?

Ah, got it. Thanks. After a very long hiatus (I think since 2017) I decided to finish up Wolfenstein: The Old Blood the other day. Sometimes you just need something mindless.

Boltgun looks a little too retro for my tastes. I wish they’d gone with more of a Quake era FPS instead of … I guess this looks somewhere between Wolf 3D and Doom era?

I haven’t been interested in any of these retro shooters, but the theming in Boltgun might be fun.

@SelacoGame
Humanity's struggles on Earth have ended. Humanity's struggles on Selaco are just beginning. The Selaco Demo is now available on Steam for both#Windows and#Linux! store.steampowered.com/app/1592280/Se… Looking forward to hear your thoughts on the game! Mention us if you do!💙 https://t.co/6Xh5A326hq 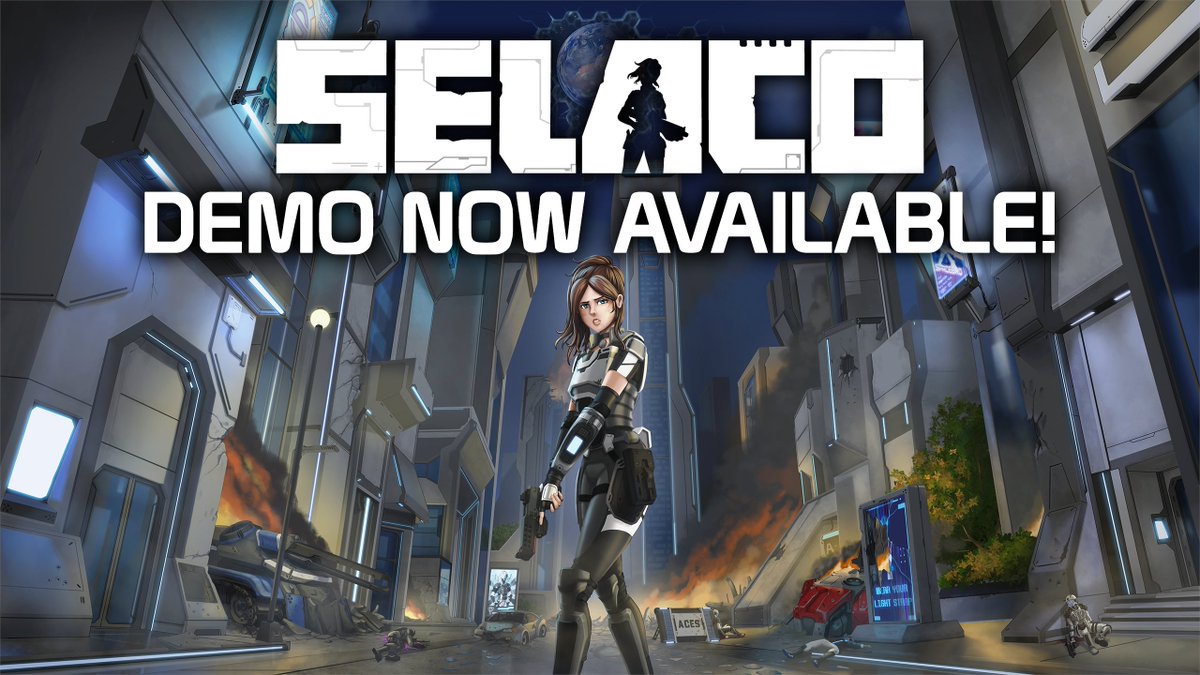