The Council, an episodic RPG without combat

I’ve only recently become aware of this game, the first from a development house called Big Bad Wolf, even though the first episode is coming out next week, March 13. I don’t know all the details about the game, but what I’m seeing intrigues me - it will be an episodic adventure in the style of Telltale games, but with RPG elements. You are able to choose a plan to approach things, more diplomatically or more like a detective, for instance. It looks like a sort of alternate history taking place around the turn of the 19th century, and involves a secret society that guides events in the world, like a kind of Illuminati. I’m certainly interested in finding out more. 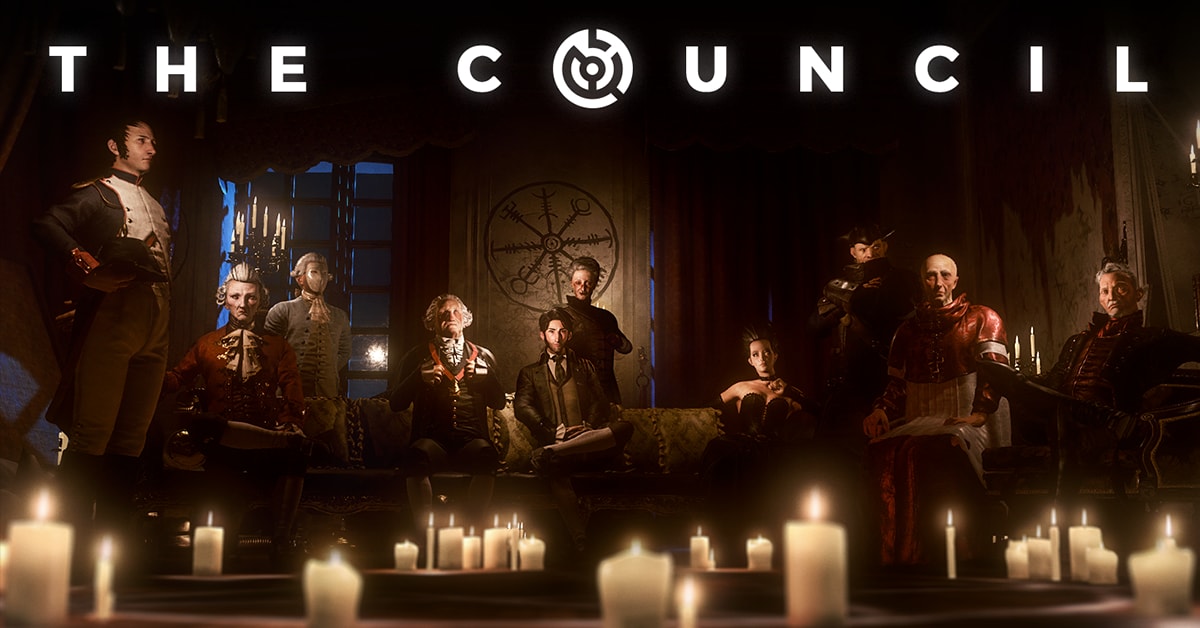 THE COUNCIL is a new twist on the episodic Narrative Adventure genre by studio Big Bad Wolf. THE COUNCIL’s first episode, THE MAD ONES, arrives on PlayStation 4, Xbox One and PC in early 2018. The complete season will include a total of five...

Lost me at episodic.

Why is there always a secret society shaping events? History > Crap Videogame Fiction.

(This means you too Ubisoft.)

I don’t know, I guess I’m kind of a sucker for a good secret society story, which probably explains why I’m such a fan of the Assassin’s Creed games, the music of Jay-Z, and the Illuminatus! trilogy by Robert Anton Wilson. I’m also a big fan of games that try to portray conflict without falling back in combat and violence, which we’ve seen done to (ahem) death. Given the confluence of the two, I think I’m going to have to try this game out.

I’m not going to dismiss any fictional conceit out of hand. Depends on the execution, as always.

Any RPG without combat interests me somewhat. Always curious to see what they replace the crunchy core of busting heads with. If it’s just puzzles, I’ll be less interested. Puzzles and me… we do not get along.

Seems like puzzles and dialogue trees, I think. I’ll take one for the team and post impressions in the thread, why not.

Mechanically it sounds like Disco Elysium (formerly No Truce with the Furies).

I’d like to play a game like this, but in both cases I have zero interest in the stories they’re trying to tell.

Still, I am intrigued by this, and might consider buying it as well. I’m ok with being the no-combat RPG dude.

This is out today, something I’ll put on the wishlist for sure. I have a backlog of like 5 different episodic games at this point. :p

I just saw that this is on the Xbone today, too. I went looking for a trailer the other day, and all I found on YouTube was one that wanted me to log into the PlayStation network or something to watch, so I may didn’t bother, and assumed it was PS4/PC only. So I was happy to see it on the new games list on the Xbox marketplace this morning.

It looks and sounds interesting, but I’m not sure how down I am for an episodic release. Perhaps I’ll grab it when it’s closer to completion.

ACG has a pretty good overview of what the episode’s story and gameplay are like:

Sounds like it has potential. But I think it will take more episodes to see how it’s shaping up.

Episode 2 was out this week.

I did buy this, because I felt like this was worth supporting, but I’ve decided I’m going to wait until all the episodes are out to play through. I feel like it would work better that way.

has anyone played this? I see it’s on sale for $18 (all episodes) on Xbox this week for Gold members. I didn’t have time to see how many episodes are currently out or what the remaining release schedule is.

I bought it, but then decided to wait until all the episodes are out to start playing. If I remember correctly, I believe 2 (of 5) episodes are available now.

Edit: well, I’m just repeating what I wrote a month ago.

So what is going on with this game, Episode 3 was released in July and then the dev’s went all silent.

And apparently going my user comments on Steam, Episode 3 had a feeling of being rushed content.

Oh hey, episode 4 is out today!

Louis de Richet is thrown ever deeper into the web of intrigue… Complete Season and Season Pass holders can play today , full release on September 27. The fourth episode of The Council, the narrative adventure game redefining the genre with RPG...

Well, at least one episodic game I bought is still getting released. I should probably play it.

I would get this once complete. How many episodes are there supposed to be?

Five, if they’re sticking to plan.