Remakes of great movies like the original Gene Wilder version are mostly silly.

Technically, Charlie and the Chocolate Factory isn’t a remake of the Gene Wilder movie Willy Wonka and the Chocolate Factory; it’s a new film adaptation of the original book. The writer of the screenplay never even saw the Gene Wilder version until after his version had been released. There are whole segments that were made more faithful to the book (like the squirrels versus the geese), and of course all of Danny Elfman’s songs used the original Roald Dahl lyrics from the book instead of the changed lyrics from the 1971 film.

I’m not saying that the newer version is better, but it’s a second adaptation from the original source material, not a copy of a copy.

I’m not saying that the newer version is better, but it’s a second adaptation from the original source material, not a copy of a copy.

Fair enough, but I don’t think the people who greenlit it had in mind that the original movie wasn’t faithful enough. They wanted to cash in on the name, which was only known due to the original movie. The people who made the movie wanted to do a thorough job, which is admirable, and yet of course, like most movies, it’s unremarkable and will be lost to time.

Respectfully, I don’t think that’s correct. Roald Dahl is a famous children’s author with over a dozen other film adaptations, and Charlie and the Chocolate Factory was a beloved book long before the 1971 film version. There have been over a dozen film adaptations of other Roald Dahl books. And if they wanted to cash in on the name, I don’t know why they would change the title from “Willy Wonka” back to “Charlie”.

Tim Burton: This project had been floating around for a while when the studio offered it to me. It seemed like it was a project that I was interested in. When I first read the book as a child, [Dahl] was like an adult writer for children. He didn’t speak down to them, and it’s kind of a book that you can read at any age and get something out of it. He was very clever at kind of being both specific and kind of subversive and off-kilter and leaving you guessing a little bit. We did try to keep that feeling in what we were trying to do.

Burton: I didn’t feel as daunted by the [first] movie, just because it didn’t have quite the same impact for me as other movies. Even though we changed things, the intent for me was to try to be what I felt was more true to the spirit of the book.

Man, Miller is a complete trainwreck. How does this guy still work? Since working in Hawai’i he has had 10 run ins with the police.

The actor allegedly threatened a couple and stole a passport and wallet from their bedroom in Hilo, Hawaii, according to the filing.

Man, Miller is a complete trainwreck.

I hope the Fantastic Beasts franchise survives this unprecedented negative press associated with one of their stars!

Man, Miller is a complete trainwreck.

The new owners have some ideas about DC Entertainment. 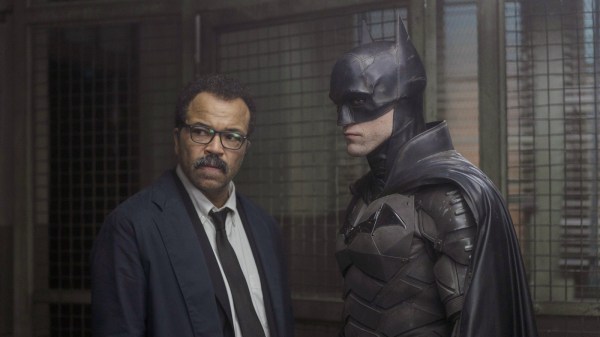 The new owners of all things Batman, Superman and Wonder Woman are exploring an overhaul of DC Entertainment, multiple sources close to the situation told Variety. It’s been less than a week …

David Zaslav, the CEO of the combined companies, and top leadership have been toying with the idea of turning DC into its own solidified content vertical, the sources said.

The move would potentially affect DC feature film development in the Warner Bros. Pictures Group, streaming series at Warner Bros. Television, and the creative arm within DC proper — all in an effort to have the disparate elements more closely aligned in order to maximize the value of the superhero stable — one often seen as punching up against Marvel.

Insiders say that Zaslav believes that the success of the merger, one that has left the company highly leveraged, will rest in no small part on unlocking the full potential of the DC Comics universe of characters. Discovery insiders believe that although DC has achieved cinematic success with recent films such as “Aquaman” and “The Batman,” it lacks a coherent creative and brand strategy. Discovery believes that several top-shelf characters such as Superman have been left to languish and need to be revitalized. They also believe that projects like Todd Phillips’ “Joker” are a shining example of how second-billed characters from the DC library can and should be exploited (Margot Robbie’s Harley Quinn is another example).

Zaslav vetted candidates with experience in creating and nurturing blockbuster intellectual property with a goal of potentially finding someone to serve as a creative and strategic czar similar to what Marvel has in Kevin Feige.

One insider suggested that Zaslav was less interested in finding a creative guru and more eager to hire someone who had the type of business background needed to keep all the different factions at DC working more harmoniously.

So a reality TV studio had to actually buy Warner Bros. to tell them what every comic book nerd already knew?

Ugh - I hope they don’t mess with their animated films and TV shows. Young Justice in-particular - and the new Animated Movie Tomorrowverse have been really good. As was the previous DCAU (and the DCAMU was pretty good also, even if the grim-darkness got a little silly).

And Miller was arrested once again in Hawai’i. Apparently this time “they” ( the preferred pronoun for Ezra ) threw a chair at a woman’s head. There are clear psychological issues going on here. They need serious professional help here as at this point arresting them doesn’t seem to be the answer. Sadly, in America we do not treat mental disorders as anything but a crime it seems.

I doubt it’s feasible, but you just know that there’s this lunch conversation or email in which some WB exec asks some producer to give them a ballpark on how much it would cost to re-shoot the Flash movie with a new actor á la All the Money in the World.

The LA Times has the latest in the Ezra Miller trainwreck. Something about Miller supposedly grooming a boy in North Dakota, but the parents were unable to serve a restraining order because no one can even find Miller. It’s just nuts.

At this point, I can’t imagine a Flash movie even being released. This guy is in the process of wiping out hundreds of millions of dollars of revenue for the DC franchise. Can you imagine sending Miller out on a press junket to promote the movie?

Did no one see this coming? Was he not difficult to work with on the set of We Need To Talk About Kevin over ten years ago? Were there no red flags? Or did Warner Bros. just not do their due diligence when he was cast? It’s pretty amazing and horrific to watch this all fall apart.

Even as every few weeks another story like this drops, I think it’s going to take something even worse to make DC reconsider. They have so much invested in this, and these stories trickling out one at a time will sadly be easily forgotten by whatever percentage of the audience actually hears about them in the first place before the film is released.

Not too late to deep fake the entire movie with Grant Gustin! 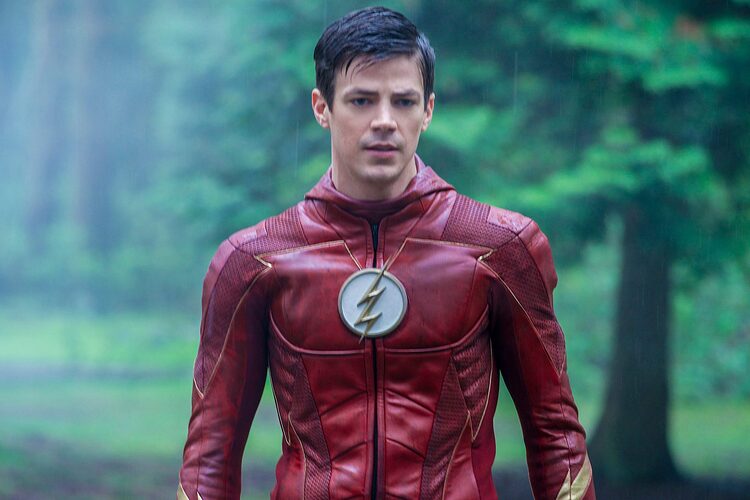 Flash season two or three I would’ve been all about that, but he’s too old now to commit to another decade of the franchise in film, even if it was otherwise a good idea—which it isn’t. The “Arrowverse” is limping into the grave, and Grant’s been kinda phoning it in.

The LA Times has the latest in the Ezra Miller trainwreck . Something about Miller supposedly grooming a boy in North Dakota, but the parents were unable to serve a restraining order because no one can even find Miller . It’s just nuts.

I read several stories on this. Both Ezra and Tokata have both responded, and their responses seemed not… unlikely. In tokata words the parents were unsympathetic to the gender they were choosing, and the death of a close friend was a catalyst for pulling away from the parents and going to Ezra who respected those choices they wanted to make.

Tokata went home for three months apparently and the parents were trying to deprogram them, and after a bit, Tokata just left to Ezra and cut all contact with parents

I could absolutely see some parents freaking out about this, and had no issue with the friendship before they couldnt control their now 18 child.

Ezra getting in the middle of this is an optics nightmare, but I can see the possibility where the parents are just parents unable to deal with a gender-fluid adult child.

I read several stories on this. Both Ezra and Tokata have both responded, and their responses seemed not… unlikely.

Do you have any links for this? All I see is that no one can find Ezra Miller now that the situation has escalated legally. If Miller has indeed responded, as you say, it seems like it would have been pretty easy to serve him papers! Furthermore, if he’s responded, I’m not seeing any coverage of it?

Ezra getting in the middle of this is an optics nightmare, but I can see the possibility where the parents are just parents unable to deal with a gender-fluid adult child.

Whatever is going on with the “adult child”, who would have been a child during the events in question, I doubt Ezra Miller has been a stabilizing influence in that person’s life, because there’s an even larger problem when you consider Miller’s previous behavior, which indicates he’s struggling with his own issues. I figure it’s a safe assumption he’s one of the last guys who should be intervening in any family’s struggle with this issue.

But mostly that’s none of my business and I’ll leave the courts to sort it out. I’m just fascinated that this guy is dragging a superhero franchise down with him!

Haha, Tom thinks the DCEU has anywhere to be dragged but up!

I take it that means Depp or Heard play characters in the DCEU?

I take it that means Depp or Heard play characters in the DCEU?