Loot extracted from the DZ by helicopter shows up in your mailbox, accessible from your stash.

My experience with the Dark Zone is that player-encounters are relatively uncommon, and of those 90% are non-hostile players. But also, that’s because I mostly stick to PVE events, which tend to attract PVE-focused players. I have “seen” a hostile player at a loot extraction where he killed another player who was loitering there–I was gone by then but was close enough to hear the gunfire.

It helps that I mostly don’t care about the actual loot; aside from 4-5 DZ-only items, it’s all stuff you can get at comparable quality through regular open-world exploration. There’s some story content though, in the form of collectibles (e.g. comms pickups).

Good to know, thanks. I did the intro mission, got through it with only one death ( was surprised to be surrounded immediately at one point) and now have checked my stash. Yeah all that and I got one sub machine gun. Eh.

Title Update 5 is out. 8.5GB download! (And I’m sorta stunned that I downloaded it in less than two minutes). 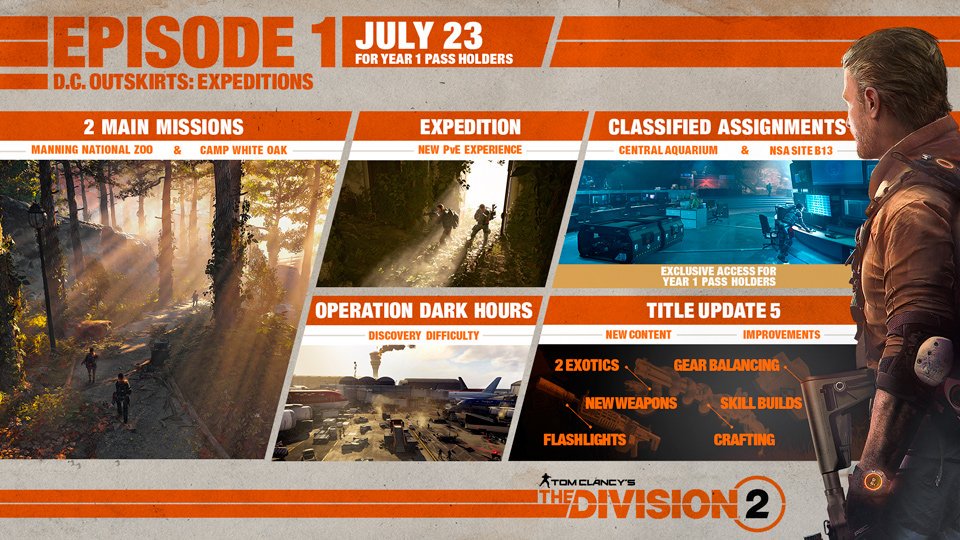 I see from the notes that they’ve inched a little forward in finally making some skills worth a damn. Dropping the ridiculous 4 minute cooldown on the artillery turret to 60 seconds is a good start. However, they buffed the damage, duration, and reduced the cooldown of the vastly superior assault turret, so I doubt it’ll see much use. I guess it might be pretty good if the Demo has stacked a lot of explosive damage (which would make sense), but have they done anything with making the targeting on it any less of a clunky pain in the ass?

Looks like they nerfed some stuff on things like the Firefly (?!?!?!), which is baffling. Skill mods are looking a little more appealing at least, with a previous +30% bonus going up to +100%. Mixed bag there.

Still doesn’t look like anywhere near enough to get me to reinstall the game, but hopefully this is a trend in the right direction.

I have jumped back in for TU5, and I am really enjoying the new content. Skill builds are definitely worth it now.

Also, we leveled up the QT3 Clan yesterday, and we earned a new hat! It’s a baseball cap with earphones:)

Are you having issues with uncollectable electronic devices? In some cases I am detecting them, and actually find them, but can’t interact with them.

I didn’t play for 2 weeks and came back to find my turret buffed significantly. 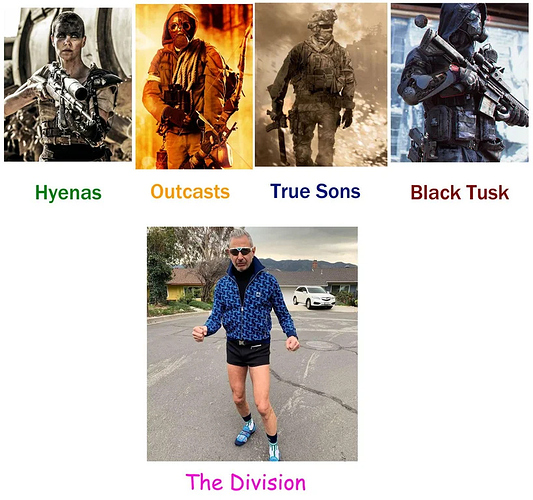 Takes too much effort to switch build though, mine is built around having everything on cooldown for more guns, so usually have a pulse and a buff-ball going at all times.

From what I can tell, skill power was buffed to be competitive with pure weapon-damage builds, but skill cooldown was nerfed (the bonuses stack differently now).

Unfortunately, the skill power system is still unchanged, so you’re still stuck with the problem of keeping multiple versions in your inventory to account for skill-power levels.

Yeah my assault turret seems to run forever now and takes very little time to cool down. Combined with the named LMG I just found with a 200 mag and silenced barrel I lay down a lot of damage. (I just wish I’d found this LMG at WT5 and not 4 since I’ll have to give it up before long and I love it!)

Skill Builds are legit now. Even in a hybrid build, my assault turret hits for 27k per shot, or about 300k DPS on the range against elite targets.

Are you having issues with uncollectable electronic devices? In some cases I am detecting them, and actually find them, but can’t interact with them.

There are ones on the map that you can’t collect - you’ll see the icon on your minimap, and the actual physical cellphone in the world, but no prompt to pick it up.

However, these “bugged” ones aren’t actually in the game’s list of electronic devices to pick up, so you can still get to 100%, as far as the game is concerned.

Trust me, I figured this out after wasting a stupid amount of time on it.There’s one that requires you to climb a bunch of vents along the side of a building - that’s one of the ones you can’t loot.

Hmm, I guess maybe I’ll fire up this game against and see what is new. Haven’t touched it since a few days after the raid came out.

What’s the player count like? Taking forever to get groups now?

What’s the player count like? Taking forever to get groups now?

Very fast for the dailies and other popular stuff, at least in WT5.

There’s one in the centre of Campus.

No more than a minute for me for dailies. Unlike Anthem.

So WT4, gs is at 448 thus about to play the two missions and the stronghold to get to WT5. Two questions:

I find the calibration system confusing so I mostly don’t use it, but supposedly, you can use it to upgrade Gear Score on your equipment. Realistically, anything you find before Gear Score 490 should be treated as temporary. Think of it as an opportunity to try new combinations/variants/playstyles without worrying about optimizing.

Yes, World Tier 5 caps at Gear Score 500. Stuff will drop in the 480-500 range, but I think (?) running missions at higher difficulties will bump up the average score on found items. You’re also still subject to the randomized stats for equipment, which means that you can find lower-gear-score stuff that outperforms higher-gear-score stuff.