The Flash - Warner/DC movie, not the show

Warner Bros. has found their director for The Flash, starring Ezra Miller.

‘The Flash’ Lands ‘Dope’ Helmer Rick Famuyiwa; He Will Direct Ezra Miller As...

EXCLUSIVE: Warner Bros has found its director for its feature The Flash starring Ezra Miller. The studio has chosen Rick Famuyiwa, the up-and-coming director who on the feature front most recently …

Rick Famuyiwa, who directed Dope and the HBO movie Confirmation.

The Flash script is written by Seth Grahame-Smith, who was originally going to make his helming debut but exited the project over creative differences. Grahame-Smith’s take on the iconic DC Entertainment superhero is based on a treatment by Phil Lord and Christopher Miller, the Lego Movie duo that once expected to helm the picture. Warner Bros is looking for the right chemical mix on its superhero picture line based on the DC Comics heroes that started with Batman V Superman, and the feeling internally was that Famuyiwa provided a vision that would resonate with young viewers and that vision was very compatible with the script that the studio is moving toward the start gate with.

I know that kinda stuff is fairly typical in Hollywood, but gotta admit it doesn’t read like an encouraging start.

Then again, anything other than a big-screen version of Grant Gustin’s 100%-perfect Flash is probably a nonstarter for me, anyway :)

I thought Dope was pretty good. Confirmation was kind of a let down. I expect it to get some awards, but I found it sort of boring and by-the-numbers. I think Famuyiwa can do a decent job. The question is going to be how much Warner lets him run with it.

From the changes in management post-BvS, and the rumors everyone has been wagging about, I expect Warner to keep a tight leash on these projects.

Sigh, this is how I reacted to the thread title:

Sigh, this is how I reacted to the thread title:

(I just realized the reason people don’t like “likes” - if I could, I’d have simply “liked” Brian’s post, instead of giving the gift of Deadpool)

‘The Flash’ and ‘The Matrix 4’ Get Release Dates From Warner Bros.

Warner Bros. has dated the fourth “The Matrix” movie and “The Flash” for summer openings in 2021 and 2022, respectively, and pulled “Akira” off the schedule. The…

The studio announced Wednesday that “The Flash” would be released on July 1, 2022…“The Flash” will star Ezra Miller, who debuted as The Flash in Zack Snyder’s “Batman vs. Superman” with roles in “Suicide Squad and “Justice League.” Andy Muschietti, who directed the “It” movies, is attached to helm. 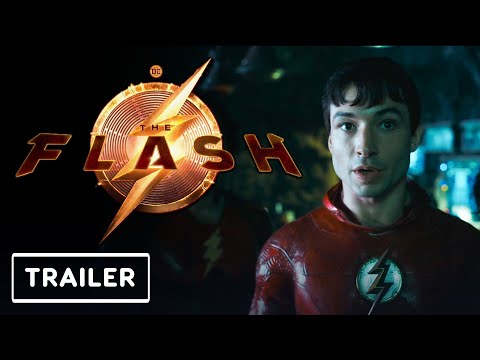