Which xbox did you run it on? I haven’t noticed any major bugs while playing on the Series X. Admittedly haven’t finished the game.

I wrote about my buggy experience over here in the PP thread, playing on XSX. That said, I know there’s been at least one patch since then, perhaps the problems have been addressed.

Battlesector looks cook. I like the squad-based-units - nice change from the usual TBS.

I installed and played the first couple of missions of Phoenix Point on the console and I guess I’m just not feeling the XCOM magic. Maybe it’s the perspective (too distanced from the soldiers). I only played through the mission where you find a third guy, though.

I haven’t felt the XCOM magic since the original DOS game, which I beat 4 times on different levels, something I can’t say about any other game in some 40 years of gaming.

I played the Windows 98 port of the first X-Com game (with xcomutil installed, natch), but I also played the first and second Firaxis XCOMs (only finished the second, sans DLC, but have played quite a bit of it with War of the Chosen).

Myself, I think Firaxis did a pretty good job with them and with Chimera, which introduced some interesting mechanics, although I hope they come up with another mainline XCOM game.

Yay! The Gunk showed up in the Coming Soon listings on the Game Pass app on my phone. I really hope that one turns out well. Coming 12/16.

Reminder: It’s from the developers of the wonderful Steamworld Dig 2.

Somehow I wasn’t expecting it to still release this year. What a year they are having at Microsoft. The game pass library and first party offering is getting really strong.

I’ve only bought a single game outside of gamepass in the past year, and yet I’ve been constantly playing new, awesome games.

I’m gonna enjoy this conversion, it’s gonna be cheaper than buying all these crap games at release.

For example, Humankind which I played the hell out of for a few weeks but then the novelty wore off. And that Space warlord organ trading simulator.

The weird thing I’m dealing with now, is that Destiny 2 leaves gamepass in a few days, and I’m pretty sure I’m just gonna drop it.

It seems really weird that Bungie isn’t just making the old stuff free, or at least included with the new expansion. If that were the case, I’d keep giving them money, but as it stands it seems like they’re ripping me off.

And even though D2 was “free” with gamepass, I still bought all the season passes for the past year from them, so they were still making money from me… but now they won’t, I don’t think.

Yeah, Destiny 2 lost me with its convoluted gameplay structure and release ecosystem a long while back. I would still be buying and playing that series for sure if they had a more traditional schedule of sequels being released every year or two.

I messed around with Archvale and Lawn Mowing Simulator last night and had a great time with both games.

I messed around with Archvale and Lawn Mowing Simulator last night and had a great time with both games.

Is it possible to tip the mower over? Otherwise it is not realistic.

Melissa McGamePass is at it again - 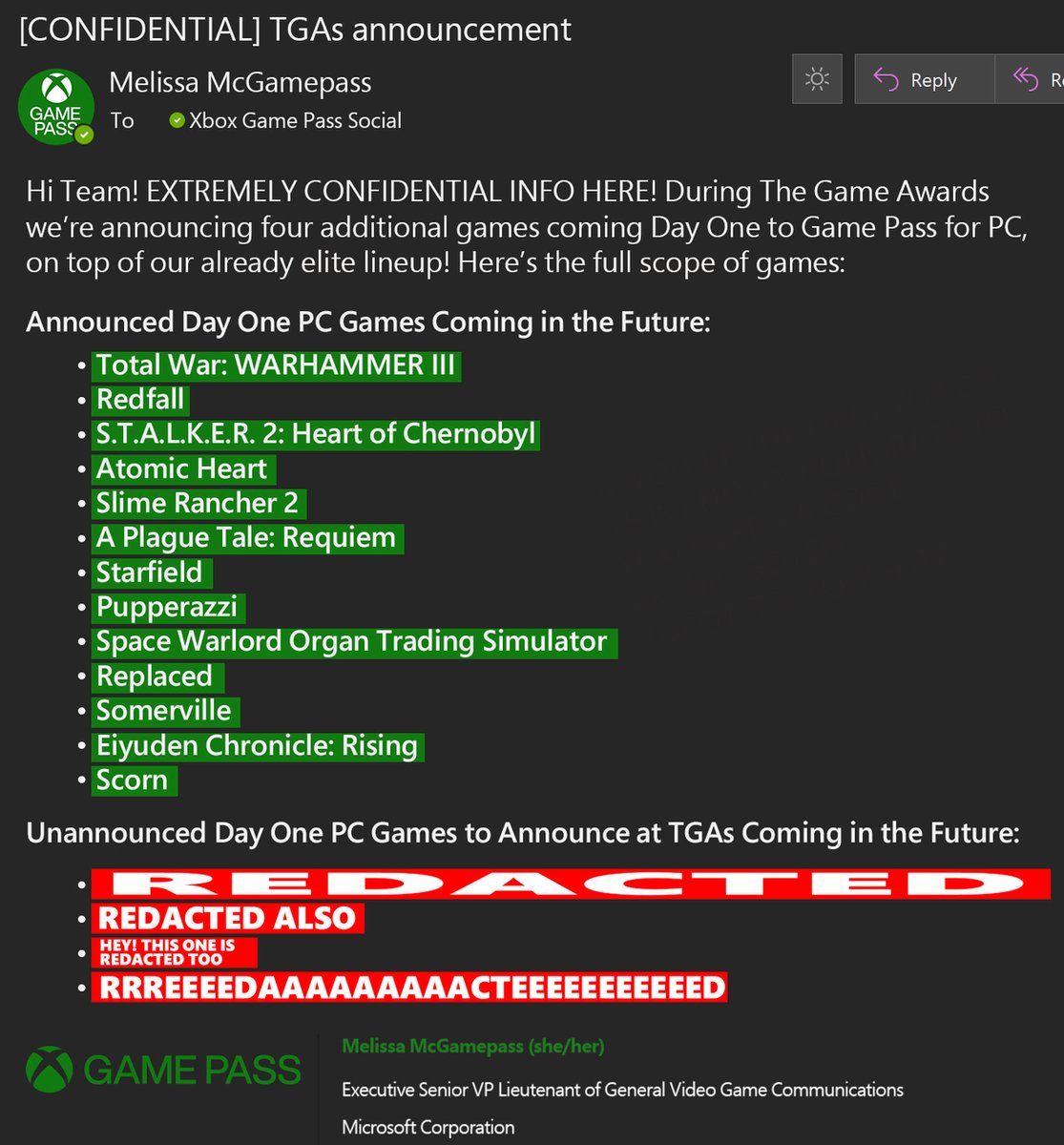 Oh man, REDACTED ALSO coming day 1 is a huge get for Microsoft

I was considering picking up Space Warlord Organ Trading Simulator on Steam, so good to know!

theHunter Call of the Wild is crazy addictive to me. Now I wish I had bought one of the bundles when it was on sale on Steam. It’s got that Snowrunner vibe where you just chill and wander around doing things. And the maps are crazy huge and quite pretty. And I have zero interest in real life hunting. Crazy… 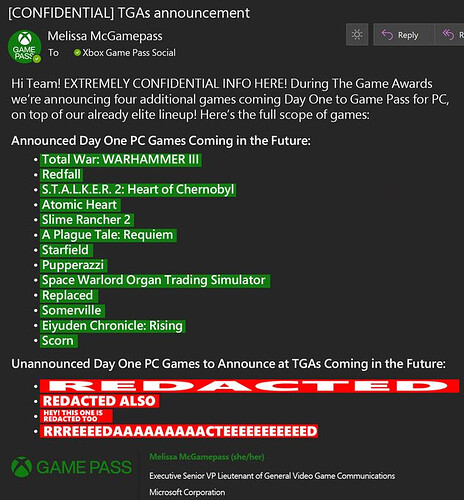 Is that just weird and braggy marketing or am I missing something?

What upcoming game has a really long title?

Hey, I didn’t know that Atomic Heart was a day 1 XGP release, nice.

the maps are crazy huge and quite pretty

A good chunk of my desktop wallpapers come from this game. 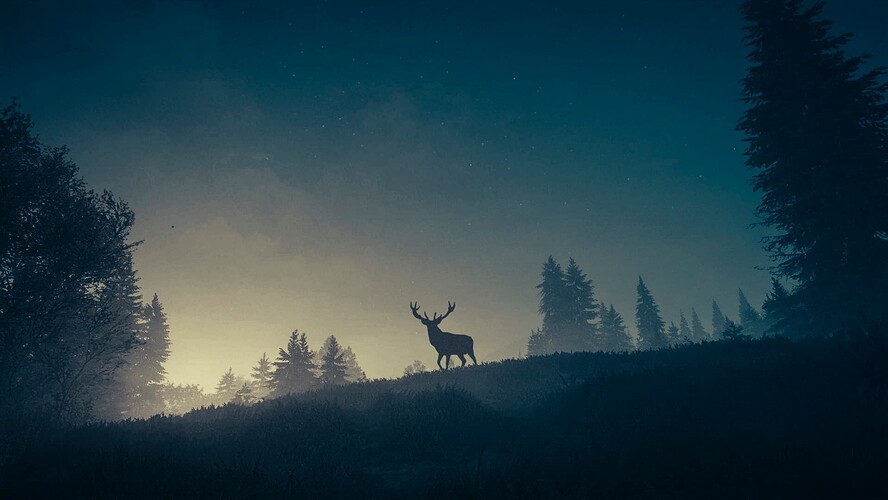