Does the disappearing and reappearing notification in the Xbox app (must be server-side or something) drive anyone else crazy?

Yup. I also like that in 2022 the app devs have never heard of sleep mode. Every time I wake my computer, it’s the only app that feels the need to tell me it lost internet. It’s trash.

I just shut it down. Great job Microsoft!

I have that happen from time-to-time with the EA App (beta). Never has happened with the Xbox app or any other, though.

I wonder if MS will ever rename that app from Xbox to Game Pass or similar. I get why ‘Xbox’ is a name they’d like to keep in people’s mind but it doesn’t reflect anything about the service to me.

I wonder if MS will ever rename that app from Xbox to Game Pass or similar. I get why ‘Xbox’ is a name they’d like to keep in people’s mind but it doesn’t reflect anything about the service to m

The hilarious thing is that it doesn’t even show up first on my PC when I type in Xbox in the search.

I’ve played a couple of good adventure games over the past week or so - one kinda good, one really good - and since neither seems to have its own dedicated thread, and also because I played them both on PC Game Pass, I’ll put some thoughts right here.

First, the pretty good one - finally played Her Story, after hearing so much about it. I had already played Telling Lies on Game Pass some months back, and they’re very similar games in structure. You are playing a character seated at a computer with a whole bunch of short video files that have tags, and be searching keywords you can view those videos associated with those keywords. And I feel basically the same about both games - they’re interesting, and it’s fun to sort of assemble a narrative out of a big box of jigsaw pieces, but I’m still not sure I fully grasp either game’s story fully. Partly because I guess I either don’t have the memory to retain all the bits and pieces to make sense of all the details, or just wasn’t lucky enough to watch the files in the correct order to draw them into a coherent whole. I mean, I get more or less what Her Story is all about, but I’m still fuzzy on some basic details. Were there really two twins, or was this one woman with a kind of fractured personality that imagined she was two women? I feel like either this wasn’t made totally clear or I missed something somewhere. Still, it was an interesting experience.

Better than that though is Norco. I highly recommend this to fans of point and click adventures. Even if you aren’t a fan particularly, it’s not a scary old school kind, with bizarre logic and associating items together to make some bizarre new thing. Its puzzles are pretty straightforward, and it’s just got this amazing sense of place and character. It takes place in a near future south Louisiana and, as someone who grew up there, the got so much right. It almost felt more humid when I fired up this game. Very much worth a look.

Release date for Obsidian’s Pentiment is going to be November 15. I know this game is probably not everyone’s cup of tea, but just the fascinating art style and setting, and this being a Josh Sawyer project - not to mention being a day one Game Pass release - makes this a definite pickup for me. Obsidian Entertainment and the team behind Pentiment are very happy to announce the game will be launching on November 15 for Xbox Series X|S, Xbox One, Windows 10/11 PC, Steam, and with Xbox Game Pass and PC Game Pass. Pre-orders for the game are...

Seems pretty clear this is the sort of passion project that would never be greenlit back when Obsidian was constantly struggling to keep their head above water. This baby could only survive cradled in Microsoft’s warm bosom.

Wow, that’s not at all what I expected it to be, given it’s Obsidian! I’ll definitely give it a try on Game Pass!

It almost felt more humid when I fired up this game.

Some new games coming to Game Pass day one courtesy of Humble Games. Sorry, not sure off the top of my head if any of these are new announcements or stuff we already knew about. 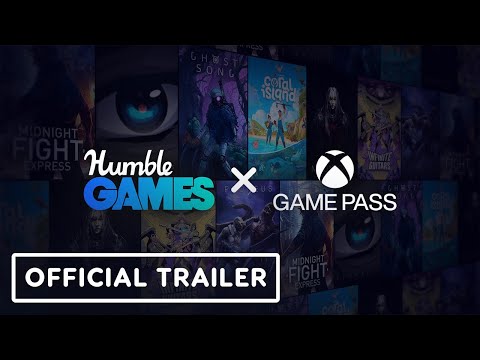 As a Game Pass user… cool. As a Humble Monthly subscriber… sure would be nice if they dropped these deals over there too.

As far as I can tell, Quantum Break is not on Game Pass – wasn’t it published by Microsoft? Or does it also have to have been developed by a Microsoft-owned studio?

I think Quantum Break came out before game pass or play anywhere became a thing on PC. Maybe some weird technical quirk or licensing thing with Remedy preventing it from getting on PC game pass now?

I can’t remember for sure but I think Remedy may have self published the PC version. As such the PC version is not a first party game for MS.

Anyone else having trouble launching Midnight Fight Club on PC? I get to the point where I have to allow the game to play with my account, and then the game says Loading Data, and just hangs.

I got the “something went wrong” screen about 3 or 4 times when trying to get permission to the game, but then on the next try I got the correct permission screen and said yes. After that it went to the main menu for me.