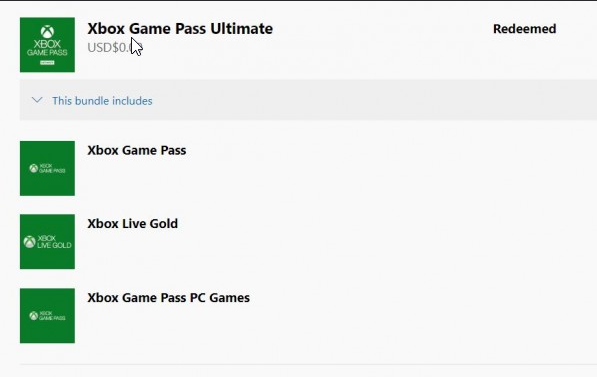 But I don’t think we want this as PC gamers do we? We just want the PC bit.

Yes, it’s cheaper. In any case, they will clarify our doubts in a few hours in the MS conference.

Subscription based models are more comfortable and way cheaper for the user, so they will prevail.

Netflix hasn’t killed movies, and it doesn’t appear that’s in the cards any time soon.

The reality is that games and movies are very different propositions vs. music. Costs are radically different - it’s relatively inexpensive to record and release a song or even an album, but it can cost $100 million+ to release a game/movie.

I think you’ll see this shake out similar to movies/Netflix. Maybe a few major AAA releases will get folded into subscription services at launch, but most will continue to release at full price and then fold into the subscription later. Frankly, it’s about time games had more options for the long tail.

but also an increase in money spent by players (because getting the game free and trying the game has translated to the players more likely to buy DLC).

Are DLCs not included?
Either way, what about games that are actually complete on release, with neither DLCs nor microtransactions? Games like RimWorld, MineCraft, etc. which continue to sell throughout their lifetime.

I think you’ll see this shake out similar to movies/Netflix. Maybe a few major AAA releases will get folded into subscription services at launch, but most will continue to release at full price and then fold into the subscription later. Frankly, it’s about time games had more options for the long tail.

That would be a more positive outcome of it all.
We’ll see. I’ll certainly remain sceptical, anyway.

Are DLCs not included?
Either way, what about games that are actually complete on release, with neither DLCs nor microtransactions? Games like RimWorld, MineCraft, etc. which continue to sell throughout their lifetime

DLCs are not included.

Non-Java editions of Minecraft have tons of DLC addons.

Also the games rotate out of the subscription which may lead to purchases for players that want to retain access. I have purchased several games that were on Game Pass because I wanted to keep a permanent copy and give something extra to the devs since I enjoyed the experience.

Mods will be supported

Mod support is on the way for games in the new Xbox / Game Pass PC client. https://t.co/fOteRnXLru

So is this replacing the Microsoft Store > Windows 10 area?

So is this replacing the Microsoft Store > Windows 10 area? 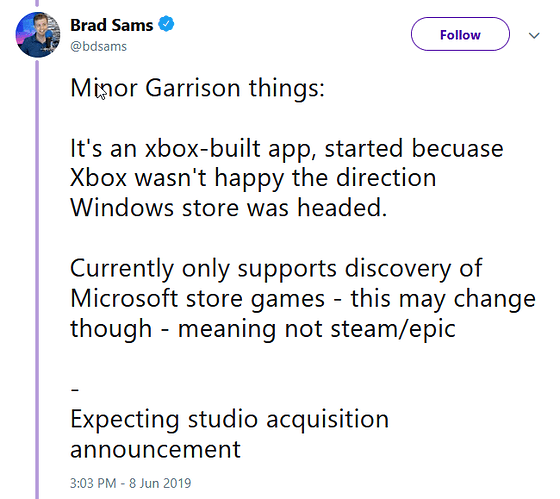 Just subscribed to the PC one but cannot get any games to download says I dont have any assigned devices which of course I do this one. Managed to get FH4 which I had before.

Tried updates and rebooting but very frustrating at the moment

I had the same problem. I didn’t have the real last version of Windows. Now it seems to work.

Type winver on windows menu. Is it 1903 version?

but says i am up to date on the update page

I have version 1803 as well. Is Microsoft Update or Windows Update still a program you run to get the latest version? I thought all this stuff was supposed to be automatic now?

Edit: When you run settings, windows update is the first tab. It said it checked yesterday and I have the latest version, but when I hit the check button, it says there’s a newer version now that it’s preparing to download.

Ok, even with version 1903 some can be installed (I just ran Wargroove), others don’t. So, let’s wait until all this is official, I guess.

@Rock8man, the udpates are automatic, but they aren’t offered to everyone at the same time, they are delayed in batches, so if there is an issue in one of them, it won’t affect everyone. You can update it manually
https://www.microsoft.com/en-us/software-download/windows10

BTW, that update is also needed for the Xbox app shown before, I have installed already.

On the metro exodus page on the windows store it says I need version 1823 which obviously i dont have , says I need windows insider program to update to it

Thanks for the link, giving it a go

Metro Exodus is one of the games that won’t install, so LOL my previous title.

The $1 offer won’t apply if you’re an XBox gamepass subscriber I don’t think. Doesn’t for me.

I can’t even find the PC pass thingy on the MS site. If I get the the Windows Gaming portion of the site it has a big splash for the PC pass, but clicking on it just goes to the WIndows E3 page where you can get apps and stuff to stream E3. I looked under subscriptions under my account too and can only find the Xbox pass I’m currently subscribed to. Why do they hide such cool things?

EDIT; Nm, I searched for it and found it.