I was trying to find a place for this, but figured we could use a general aviation thread.

The big news over the weekend was the fatal crash of Ethiopian Air 302. All aboard were killed. This was a 4-month old 737 Max 8, and Ethiopian has a very good reputation for safety.

This is the second crash of a brand-new 737 Max 8 in six months. The first, Lion Air 610, was in October. All aboard were killed, and while the reports are still pending, all indications point to an issue with changes that Boeing made to the flight control system due to the heavier weight/size of the 737 Max’s engines. What’s more, many pilots claim the changes were undocumented, because in its zeal to sell the plane, Boeing explained that it’s virtually the same as flying the earlier generation of the aircraft.

As a result, passengers are now terrified of flying on the 737 Max, which is a problem, because it’s one of Boeing’s cash cows. The company’s stock nose-dived this morning. And several countries, including China, are grounding their fleets immediately.

Anticipating a stall, the MCAS (Maneuver Charactetistics Augmentation System) forced nose of the stock price down and accelerated, functioning as designed.

MCAS surely sounds like the culprit, again, though it will be a while before they announce anything. In the meantime, I’ve always wondered what happens to airlines when there is a major event for a specific aircraft type like this. Do the sue the maker? Especially so in this case with it being so soon from the manufacturing date? 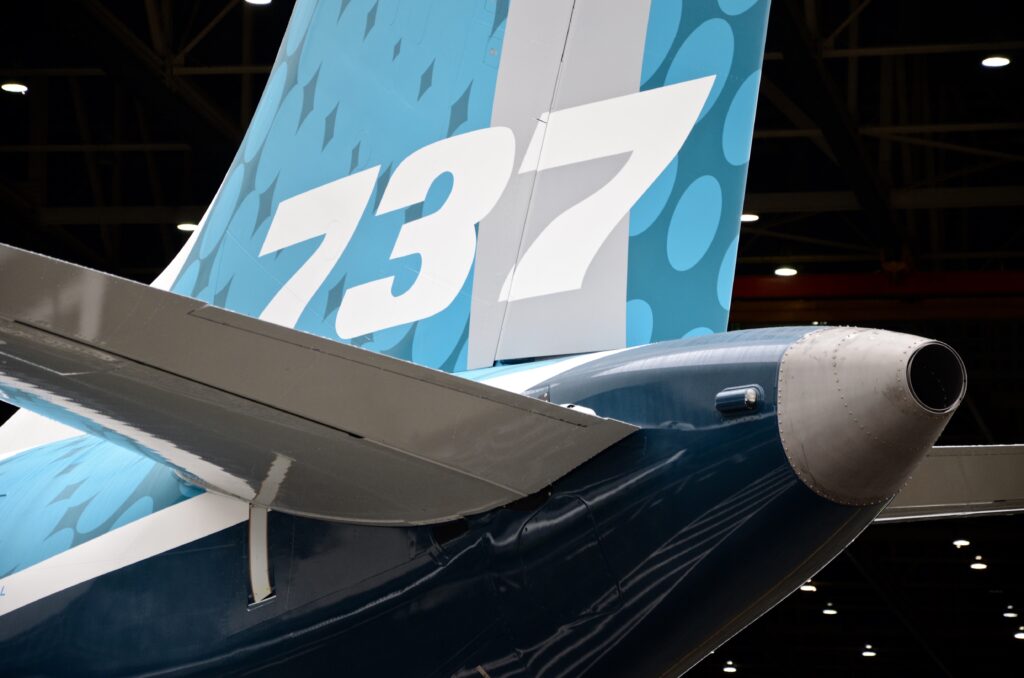 What is the Boeing 737 Max Maneuvering Characteristics Augmentation System?

This is full-on crisis mode for Boeing. Make no mistake.

Joking aside, I knew nothing about this except for what I read last night in a bunch of twitter conversations, and it is fascinating (scary).

I should doubly emphasize: I don’t know what I’m talking about, and the guy I follow on twitter was also quick to stress he’s only passing on what he’s read, he’s also no expert.

So first, read all this: https://www.satcom.guru/2018/11/737-fcc-pitch-axis-augmentation-command.html

lol no, most of that goes over my head. But what I could understand from the discussion on twitter and bits and pieces of that post, is that there are systems in planes that make adjustments to the controls even when flying manually, and that’s normal. One of these is unique to the 737 MAX, and may be a bad idea:

Three FCC functions have been deployed to the 737 that are active while the pilot is flying manually.

As the speed of the airplane increases, the nose starts to drop. This is called mach tuck. When the airplane airspeed is more than mach 0.615, the mach trim function gives an up elevator to keep the nose of the airplane level. This function operates with or without the autopilot engaged or the flight director on.

When the engine thrust is high and the airspeed is low, the speed trim function keeps the speed set by the pilots with commands to the horizontal stabilizer. This function primarily occurs during takeoff and only operates when the autopilots are not engaged. The flight directors may be on or off.

MCAS (Maneuvering Characteristics Augmentation System) is implemented on the 737 MAX to enhance pitch characteristics with flaps UP and at elevated angles of attack.

The MCAS function commands nose down stabilizer to enhance pitch characteristics during steep turns with elevated load factors and during flaps up flight at airspeeds approaching stall.

MCAS is activated without pilot input and only operates in manual, flaps up flight.

The system is designed to allow the flight crew to use column trim switch or stabilizer aisle stand cutout switches to override MCAS input.

The function is commanded by the Flight Control computer using input data from sensors and other airplane systems.

The MCAS function becomes active when the airplane Angle of Attack exceeds a threshold based on airspeed and altitude. Stabilizer incremental commands are limited to 2.5 degrees and are provided at a rate of 0.27 degrees per second.

The magnitude of the stabilizer input is lower at high Mach number and greater at low Mach numbers.

If the original elevated AOA condition persists, the MCAS function commands another incremental stabilizer nose down command according to current aircraft Mach number at actuation.

The first two, Mach trim and Speed Trim, do things that are relatively easy to understand in plain (plane?) English: they keep what the pilot is trying to do happening behind the scenes.

The third, the MCAS which is only on the 737 MAX, tries to compensate for ascents that could cause a stall by angling the nose down and accelerating, also without the pilot’s intervention.

The concerns I saw was that not only is this not documented, but that while direct intervention from the pilot of the MCAS kicks in will override the MCAS, it doesn’t disable it, so the pilot may be basically fighting the system if they’re doing a climb, it kicks in and starts to angle the plane down, the pilot pulls it back up, but it’s still in the conditions that would cause it to activate again. So that’s extra terrible if the pilot doesn’t know what is happening or why.

Anyway, I haven’t read the link Skipper posted in the time I spent composing this, I bet it’s more concise and better explained than my third-hand retelling, but I’m definitely fascinated by this thing I didn’t know existed 24 hours ago.

Yeah, so the reason the 737 Max has MCAS and earlier generations don’t is because Boeing wanted a quick and inexpensive upgrade. Take the existing 737 airframe and bolt on fuel-efficient features, such as larger, more efficient engines.

The problem being that the airframe was designed with smaller, lighter engines in mind. Again, Boeing didn’t want to redesign the whole plane, because that would have been expensive. So they added MCAS to compensate for the change in aerodynamics.

But then they said that the Max was so similar to earlier models that 737 pilots just needed was a 3-hour course to get up-to-speed on the Max.

Putting all the blame aside, I can’t imagine what it’s like being an engineer at Boeing right now with the idea that something you designed has just bugged out and killed over 200 people in the last 6 months. Even if you only had a minor part in the project.

I think what makes it worse is I read somewhere that the first jet went through a period of up/down pitch, so either they were fighting it, or it was very seriously malfunctioning. Either way is no bueno.

In aviation terms, it is incredibly odd to have two crashes of a new type such as this. New aircraft have the latest well-running equipment and are typically a prestige item getting more experienced choice pilots.

In terms of two crashes, small number statistics are weird and it could be just a coincidence. But no-one likes coincidences.

Australia and Singapore have barred the 737 Max from flying in their airspace. Singapore is particularly inportant, as any non-Singapore airline cannot fly a 737 Max to Changi, which is only the 2nd busiest international airport in Asia…

And to clarify; Boeing had to shift the attaching point for the wings and the fuselage on the 737 Max to accommodate the larger engines. That left the plane with a tendency to tip up in flight, which is why they put in MCAS.

In retrospect, they should have designed a new plane.

Hoo boy sounds like a shitstorm brewing for Boeing. Could it be iced-over or otherwise faulty air data sensors?

Could it be iced-over or otherwise faulty air data sensors?

That close to take-off? I’d say doubtful. Literally from takeoff until crash was on the order of four minutes or so.

Here’s more on the growing PR disaster for them: 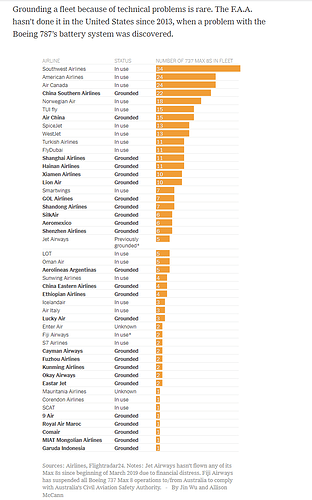 The latest on the crash of Ethiopian Airlines Flight 302, a Boeing 737 Max 8.

I find it strange that an MCAS or SAS system would be faulty out of the box these days. Air data Sensors on the other hand fail all the time. How redundant are they on the max?

Faulty sensors don’t cause crashes though. They’ve been trained out of pilots and programmed out of the computer systems. I’m interested in a good explanation of the MCAS if anyone has read it (don’t pass me the Wikipedia).

From the article I linked earlier, it sounded like it was possible a single (faulty) sensor could activate the MCAS, but not confirmed.

The UK has just banned the 737 Max from its airspace. That means Heathrow, one of the world’s busiest airports and Europe’s largest hubs, is verbotten.

If MCAS makes your aircraft dive hard to escape a stall, which may not have actually happened in the first place and is just a sensor error, seems like a huge flaw. Expecting pilots to remember some tiny fact from training and take action in six seconds doesn’t seem right - we’re plummeting! Oh, it’s the MCAS over-ride and a faulty sensor, procedure 217B6 - take these seven steps to recover.

It’s sort of the same issue that happened with Air France 447. The co-pilot panicked and without realizing overrode the control input from the pilot. And that’s how they stalled a perfectly functioning airplane into the ocean.

What I didn’t know is that almost the same situation happened again 5 years ago in an Air Asia crash.

Slate on the recent crash 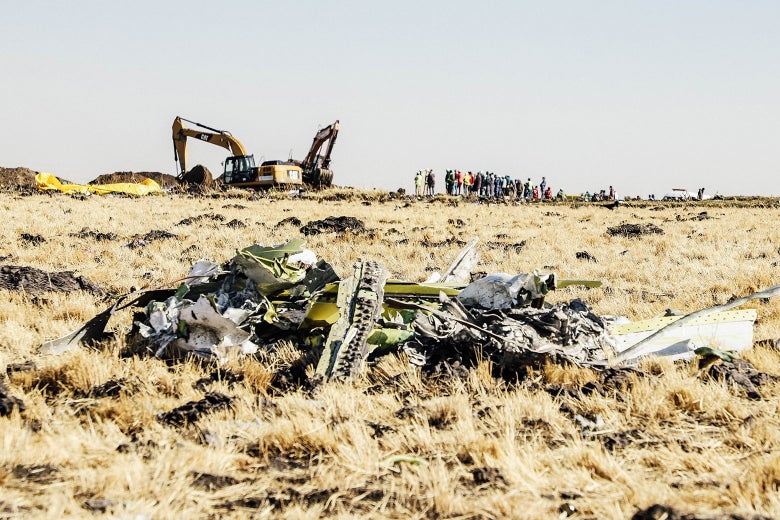 And here’s the story on that Air Asia crash AirAsia Flight 8501 Crash Reveals the Dangers of Putting Machines in the...

If we rely on automation to fly our planes and drive our cars, what happens when those systems fail?

The lesson is that machines can “panic,” but they’re expecting the humans to fix that. But the humans have been lulled into complacency by the machines, and humans can especially panic.

Boeing posted this last night. They’re basically making MCAS a lot more visible in the cockpit, and redesigning the software, manuals, and training.

March 11, 2019 - The Boeing Company is deeply saddened by the loss of Lion Air Flight 610, which has have weighed heavily on the entire Boeing team, and we extend our heartfelt condolences and...

For the past several months and in the aftermath of Lion Air Flight 610, Boeing has been developing a flight control software enhancement for the 737 MAX, designed to make an already safe aircraft even safer. This includes updates to the Maneuvering Characteristics Augmentation System (MCAS) flight control law, pilot displays, operation manuals and crew training. The enhanced flight control law incorporates angle of attack (AOA) inputs, limits stabilizer trim commands in response to an erroneous angle of attack reading, and provides a limit to the stabilizer command in order to retain elevator authority.