The Gray Man (Netflix): $200 million gets you the Russo Bros, Chris Evans, and Ryan Gosling

Netflix’s first $200 million film. It doesn’t even sound all that effects driven, so it’ll be interesting to see where the money’s going. 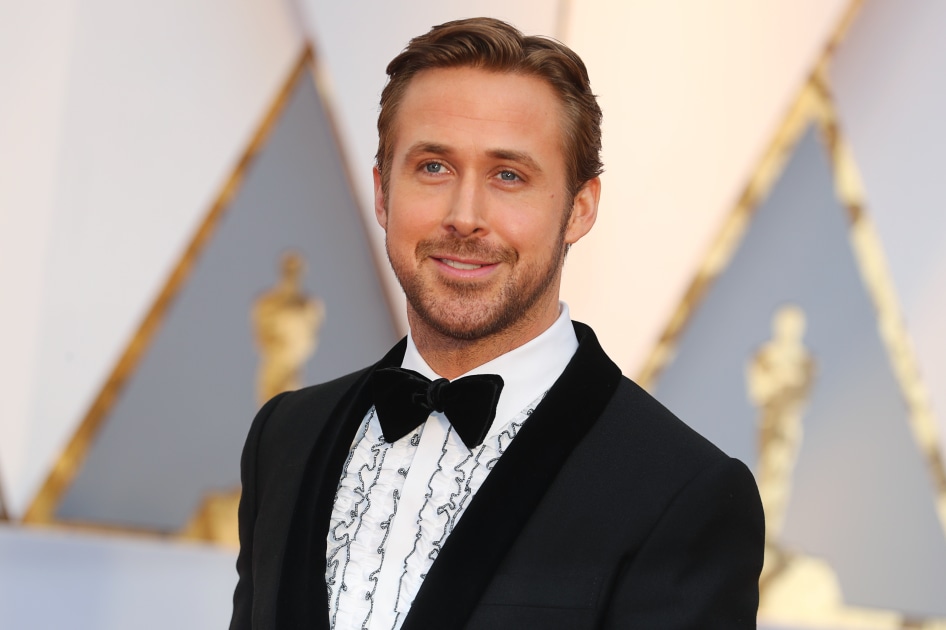 'Avengers: Endgame' directors will make Netflix's most expensive film yet

Netflix's biggest budget film yet will be "The Gray Man" by Joe and Anthony Russo.

The action thriller is a deadly duel between killers as Gentry (Gosling) is hunted across the globe by Lloyd Hansen (Evans), a former cohort of Gentry’s at the CIA. The Gray Man turned into a bestselling book series, and the expectation is that Gosling will continue in multiple installments. The project was developed years back at New Regency as a Brad Pitt/James Gray vehicle, but it stalled. The Russos quietly have been developing it for years.

Could be interesting if they lean in hard on the Winter Soldier style fight scenes.

From directing episodes of Arrested Development in 2003 to Community in 2009, then to Captain America: The Winter Soldier in 2014 and then moving on to directing the world’s biggest movie in Avengers: Endgame.

As a side note, the first novel ( digital ) in the Gray Man series is on sale right now for $3. Probably not a coincidence.

Interesting. I’ve read all the Gray Man novels, in order, and while the early ones were kinda eh, he does start getting better and better and more into the Connelly/Harry Bosch feel (though he doesn’t reach that high bar.) I was wondering if someone would make these into a movie.

Based on that release article quote, I guess we know what happens in this first installment!

Didn’t they used to print this in Mad Magazine every month?

They did Extraction on Netflix too, right?

The Russos did the screenplay. Sam Hargrave directed.

The action thriller is a deadly duel between killers as Gentry (Gosling) is hunted across the globe by Lloyd Hansen (Evans), a former cohort of Gentry’s at the CIA. The Gray Man turned into a bestselling book series, and the expectation is that Gosling will continue in multiple installments.

Well that certainly gave the ending away :)

Interesting to see the hot or big name Hollywood personalities scoring these massive streaming deals. Scorsese got his mob magnum opus paid for by Netflix when the traditional Hollywood studios balked and now I think he’s getting Apple write a massive check since they so badly want big names associated with their service. Now this deal.

This was servicable. Not terrific across the board, the writing isn’t something to write home about, but I had a better time with this than with the other recent Netflix exclusives, e.g. Red Notice and The Adam Project.

In terms of genre, it’s somewhere between Bourne and Bond on the spy movie spectrum, kinda like Mission Impossible is. The first half feels more like the former in that it’s more of an agent thriller that also shares the CIA-directors-trying-to-get-rid-of-one-their-assets premise. Without having that kind of kinetic Liman/Greengrass energy or that fantastic Powell score though. (I’d also take the first two acts of Captain America: Winter Soldier over this.) The grandstanding signature action setpieces are more in line with what one used to from Bond or MI. Not gonna lie, that Prague sequence is quite something.

Gosling does his Gosling thing. Evans delivers a solid psychopath as far as an action movie script allows him to–he has more to work with in Knives Out. Same for Ana de Armas - she does fine with what’s given by the script, but her character doesn’t have much depth. Thornton is your typical protective father/mentor figure, so, of course, he has to die. The main baddie is pretty bland, and it doesn’t help things that they already hint at there being a bigger baddy behind the scenes.

You can tell that the Russo brothers discovered drones as their new toy because some shots are pretty on-the-nose. Mind you, there’s awesome stuff you can do with drones that you wouldn’t be able to do with a helicopter or camera rig, but it also can feel gimmicky or even repetitive because it seems like the thing with the camera swooping under a bridge, followed by a quick ascend and turn to the right is being employed at least 3 times. Also still not a big fan of how the Russos direct close combat scenes, i.e. the combo of shaky-cam and quick cuts that I already wasn’t super-fond of when the Bourne movies made that popular.

Wife and I both enjoyed it - it stopped her from scrolling tiktok for 2 hours, anyway! Evans looked to have fun hamming it up and Gosling was fine, if a little dryly directed.

I thought a couple of the fight scenes were interesting and bordering on unique, but won’t spoilerise anything.

Easily the best of Netflix’s action flicks. I hope it gets another film or two. Obviously it’s setup for that, but then what isn’t these days. I thought the fight choreography was pretty strong across the board. Even the precocious kid wasn’t too bad.

I’m looking forward to this. Call me basic, but Ryan Gosling staring intently with a gun in reddish-orange light is my jam.

My wife and I watched this. She dozed off after the first 45 minutes. I turned it off after 75 minutes. I then watched the rest while my kid was blaring music and talking to me in our game room.

So, not the greatest…lots of action but just didnt like some of the characters and over the top stuff…getting tired of over the top.

My take after just watching it: Netflix very much did not get 200 million worth of movie delivered to them, more like 20.

Just curious though, is there any chance the writers were clever enough to call him 6 in reference to The Prisoner do you think?

I checked the Wikipedia article of the novel since I’m not familiar with the source and had to laugh.

It is also the first novel to feature the Gray Man, freelance assassin and former CIA operative Court Gentry.

This was servicable. Not terrific across the board, the writing isn’t something to write home about, but I had a better time with this than with the other recent Netflix exclusives, e.g. Red Notice and The Adam Project.

Yes, my take was, as this sort of movie goes, it was better than anything like it I’ve seen recently. My wife even sat through it and mostly was entertained, and she has just about zero tolerance for silly action films. Gosling’s charm and ability to deliver dialogue seems to go a long, long way. And it’s easy to watch Billy Bob in anything.

It isn’t a good use of $200m in my view, but once the money has been wasted, it’s not a terrible use of 2 hours to watch it.

Overall it was decent popcorn movie spy stuff. Nothing really new or genre changing here of course. I would say that $200 Million seems expensive but then there was a pretty good cast and I figure that between Gosling, Evans, de Armas, Billy Bob and even Jessica Henwick, a good portion of that was in the cast.
After seeing the trailers, I thought that this movie would have very little of the actual novel in it. But I was surprised. Although the set up was entirely different the basics of the plot remains. It was streamlined with almost no focus on the various teams sent after Gentry. They also killed off Gentry’s mentor, which they didn’t do in the book and removed part of his family from the story They also included several scenes from the novel, so over all not too bad of an adaptation as these things go.

Obviously it’s setup for that,

This was based on the first book of what is currently a 12 book series so I would be surprised if they did not have several sequels planned, especially if this one does well which it appears to be doing.