Corrections or the house of cards? The thread for all financial related shenanigans.

Trained monkeys might eventually type out all of the works by Shakespeare, but i wouldn’t put my money on it. It’s only a matter of time before the money people think the same way as well.

Sure it’s “trade fears” but imo it’s also the increasingly discombobulated responses from the administration and the increasing sense his administration is nearing collapse. Only the internal pressure of a GOP terrified of their own mouth-breathing primary voters keeps the ship upright.

Trade wars are easy to win!

It’s not a trade war, it’s mercantilism! It sounds so much more plausible and respectable that way.

I mean when a Koch comes out saying a GOP President is fucking the dog, odds are there isn’t anything good coming.

In some ways this feels like 2007/8 all over again, only this time we have a infantile baboon in charge. And since we didn’t fix any of the problems previously, I think all it’s going to take is something to light the fuse and the economy goes boom as soon as some group can’t make a margin call, so to speak. This trade war might be the fuse.

And of course they just rolled back a bunch of protections.

What is the market reacting to? Seems a bit late to be in response to the Taiwan stuff. 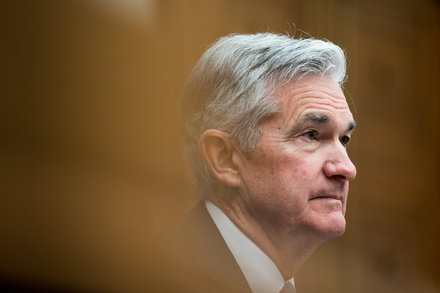 The Federal Reserve, buoyed by a strengthening economy, raised rates for a sixth time in three years and indicated another two increases are still expected this year. Dow closes down more than 700 points on fear of U.S.-China trade war

Investors also reacted to moves by the Federal Reserve and Facebook’s troubles.

I stopped buying stocks in my retirement plans several months ago, and will wait for the bottom to hit before starting again. That worked out OK in 2010.

Trump + removing parts of Dodd-Frank (and I admit that some parts need revision) mean trouble, I believe.

How did the market react during the end times of the Nixon years? I was in high school and the economy was the last thing I was concerned with then.

But I tend to think (as does everyone it seems) that the market is due for a correction.

Yeah, forget Trump, cow futures in Bangladesh, or the weather. It’s the business cycle. The question is when (it probably should’ve happened already) and how bad.

It’s not a trade war, it’s mercantilism! It sounds so much more plausible and respectable that way.

Except the freakin’ British Empire at least had a plan, and knew how to execute it. They also were pretty good about taking up old Adam Smith on his ideas, eventually.

Today? Well, I doubt our Chief Executive can even spell “mercantilism.”

Trump + removing parts of Dodd-Frank (and I admit that some parts need revision) mean trouble, I believe.

Completely agree with this concern! Worse ripping out all the things Obama did no matter its reasoning…when some of those thing were shoring up/preventing rapid inflation while priming the market. I half way expect that Trump is going to manage both the collapse of the market and trigger out of control inflation.

Isn’t Meghan Markle an American? And doesn’t Prince Harry not have a country to rule? Just saying…

Yeah, forget Trump, cow futures in Bangladesh, or the weather. It’s the business cycle. The question is when (it probably should’ve happened already) and how bad.

I read awhile back that the initial repeal of Dodd-Frank occurred in the 90s.

If you look at the market before Dodd-Frank there were wild market crashes every 10 years, the last being the catalyst for the great depression that created Dodd-Frank. So right after we start pulling Dodd-Frank apart, and the problems with market crashes resume…hmmm…no one talks about that math though…

Inevitable collapse? You guys need to take some Xanax!

People are way too quick to try to attribute one day’s results to a specific news article. I don’t think it’s possible to attribute the stock market’s rise or fall to one specific thing. The authors writing those articles have to fill a lot of empty webpages, so they write a lot of crap to try to explain the stock market’s movements. I’ve seen plenty of articles saying “stock market is up because traders are bullish on the economy”… and then the market turns in the afternoon and the stories are revised to say “Fears economy is overheating worry traders.” They’re just making shit up.

And a 3% fall is nothing to get worked up about - though interestingly enough I did read that this fall dropped the indexes into negative territory for the year.

I know we will get a big drop sometime soon (I don’t call it a “correction” because that implies that the current value is incorrect and it should be lower, and I don’t know who in the world can tell you where the stock market SHOULD be). Yeah, we’ll get a drop. But when? I don’t know. You don’t know. The dude on TV doesn’t know. You can say “the market’s been going up so much it’s bound to go down soon” - but markets don’t respond like that. You might think the market is irrational, and maybe it is, but it’s not like one day traders wake up and say “omg, we’ve been irrational… sell everything!” Lots of factors play into that, some macroeconomic things we can plainly see (rising interest rates, trade conflicts), some we don’t see so well, some microeconomic things we don’t see, and who the hell knows what else (some new automated trading strategy introduced by a new group of traders).

I’m sure many will disagree but I firmly believe it is wrong to pull money out of the market in anticipation of that drop. You’ve got to get too many things right - timing the sell, timing the buy, worrying about tax implications. If you did it in 2007 and it worked, well, bully for you. You can make the wrong choice and have it work out … that doesn’t change the fact that it was the wrong choice.

As they say, “time in the market beats timing the market.” Which means sitting around with a big pile of cash is not the best strategy. Especially if your retirement timeframe is 5 years or more out. You shouldn’t be screwing with your money if you’ve got it invested and you aren’t retiring for a while.

I saw a chart from… Fidelity maybe? And perhaps it’s been posted here… showing how if you missed the top 30 days of gains over the period of like 2009-2018 that instead of around 20% annual gain your gain would be only something like 1.5% (imaginary numbers but work with me here!)… and showing how something like five of the best days came within 3 days of five of the worst days. So if you sell your stuff when the market goes way down, you can very easily miss a big recovery. And you don’t want to do that. So stop jumping in and out of investments!

And Fidelity did another study where they measured the gains of portfolios under different types of management (active vs passive). The people who did the best were the people who forgot they had an account and (therefore) didn’t change their account after they initially invested! That’s right, the forgetful dummies did best. Because actively moving in and out of investments is, for the vast majority of people, a losing proposition.

I’m closing in on retirement, so believe me when I say I don’t want to see a big market crash. But I’ve got my allocation to a comfortable balance between stocks and bonds, and even if we have a smash up affair, I think I can weather it.

[quote=“Scuzz, post:10, topic:134517”]
How did the market react during the end times of the Nixon years? I was in high school and the economy was the last thing I was concerned with then. [/quote]

Tough to tell, because that’s when OPEC strangled the US economy too. You should remember gas lines and you may remember the term stagflation, where the economy was stagnant, but inflation was going through the roof.

Ill accept your analysis, as this is as accurate since this is where we are today…except that the 2000 and 2009 had specific triggers not because of ‘Lots of factors’, it was specific factors that were not sustainable. the public was not aware of those factors (for the most part) until after it hit. Some of my co workers made me aware of the housing crisis before it hit in early 2007 while at a conference in London for Intel. It was interesting watching that unfold when you had an idea it was there.

You are probably right in this case however, at least for now. However, If China decides to dump its 1.2t in US Treasury bonds though in retaliation to the tariff war, the bond market will fall close to 7% overnight (1.2t of 19T in bonds). You don’t think that will trigger a meltdown? You are made of sterner stuff, and more optimistic than I.

My previous points are still also valid, though I don’t understand the specific triggers or microeconomics well enough to say with authority it will have a impact with certainty…just that it could (which is as useful as any other pundit’s thought, which amounts to not much at all).

The bonds though, those will have a specific effect as stated above if China triggers that sell off…and that will NOT be good