If you have the high score for your country in a game at the end of the month the company will email you a certificate you can print out and put on your wall.

Yeah, as an 80’s Intellivision household, this doesn’t really make sense to me. The Greatest Hits package can still run on Win10. It would make more sense to make a usb controller that also contains the ROMs or something.

Price isn’t great here in the U.S. either. $250 does seem overpriced, considering for $300 you can get a Switch or Series S.

Does that price include any games?

As someone that owned an original Intellivision in the 80s, I can’t see spending $250 to play new versions of the games I enjoyed back then if there aren’t some good games included. Maybe if it comes bundled with the DnD game and a few others I might think about it. If I have to spend $60 per game in addition to the $250 for the console, forget it. Nostalgia only gets you so far.

Edit: Watched the video and games will be $9.99 for digital and 19.99 for physical versions. Nothing I saw in the presentation makes me think this is something I just have to have. Maybe if I had friends or family to play with it would be different.

Watched the video and games will be $9.99 for digital and 19.99 for physical versions. Nothing I saw in the presentation makes me think this is something I just have to have. Maybe if I had friends or family to play with it would be different.

They say they are forgoing microtransactions.

Those look like dumb games. Pity the poor kids who get this for a present. 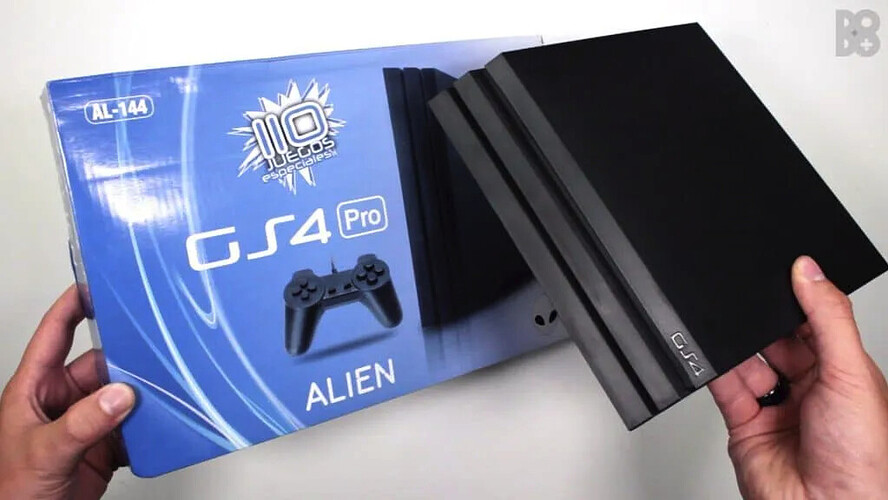 I don’t think I’ve ever seen a game system whose doom seemed quite so foreordained.

It’s weird because is doesn’t seem like a bad idea, like a priori. A completely family multiplayer focused device that’s basically like, a board game for the TV. I get the pitch.

But, for better or worse, it just isn’t the way that anybody really consumes video games? And given market realities, I dont see a small, no-name company (even one with industry experience and an arguably recognizable name) making that tectonic shift in our media consumption culture. They’re trying to out-Nintendo Nintendo, but without the market base that Nintendo has. They looked at the Wii and thought “what if we could capture that again”, but they couldn’t possibly.

There are apparently people that buy Just Dance every year, so I assume they’re targeting that market, but, I think that market needs recognizable IP tie ins (music, celebrity faces, etc) and won’t be wooed by “good clean visuals and design”.

I wonder if this could have succeeded at the $100 range. Enough to differentiate from the Atari retro consoles you can buy in CVS, but cheap enough that like, you could pick it up for a handful of family game nights, and then not feel too bad about burying it under the couch somewhere.

If it were possible to short this thing, I’d short it to the heavens and back.

Astrosmash and Shark! Shark! were really good. Skiing was decent.

the other two are new (not legacy intellivision), who knows, but I’m pretty sure I have zero interest in the cornhole game.

but I’m pretty sure I have zero interest in the cornhole game.

I understand that it’s a traditional game, but I honestly can’t believe that no one flagged that title during development.

Eh, it’s the accepted name for it, it’s basically like bocce or a carnival game. For some reason, cornhole is like, the thing that millennials do at barbecues. I assume it’s just a literal translation of the game.

I don’t understand why you’d want to play electronic cornhole at all, when like, the whole point of it is that it’s a lawn game that you play while day-drinking, but that’s a different matter.

Farkle is, like, basically Yahtzee. Those two are both games people just play because they aren’t so complicated that you can still play them while drunk. I understand why they’re on there (they’re quite popular in the non-gaming set), but they’re also terrible matches for TV-based video games. Kind of emblematic of the whole problem with the console itself.

Yah, my completely un-googled feels about cornhole is that they were likely a southern tailgating tradition which took off.

Farkle I was vaguely aware of, but it most certainly was never on legacy Intellivision.

Well, it’s a lot easier to own a cornhole set than to own a bowling alley.

I get the analogy, but I think that (both in general and specifically with cornhole/Wii Bowling), they’re hoping lightning will strike twice in a way that it rarely does.

I will say that my kids enjoy playing the Wii sports/Wii Play/Wii party games more than the traditional Zelda/Mario/Metroid games on our Wii. It’s not the sort of machine that they would play all day, but I could totally see them playing these types of games and having fun.

I was an Intellivision kid, trying to extol its virtues over the Atari, which were many, but at the end of the day I wound up playing Atari at a friend’s house more often than not. I’d be 100% down for a $40 thingy that replicated some of the old Intellivision games like Sea Battle and whatnot with two player or more multiplayer, that would be kinda cool, but my nostalgia doesn’t run so deep that I forget it was a gen 1.2 console with an extra 12 squares to each character.

I had a good buddy in junior high that had an Intellivision and we had a blast with it! That was like 1982 though.

I must admit I originally thought that $270 or so price included all of those listed games, and was thinking even that was a bit of a stretch. If that is just the system price and you still have to buy the games… man that will be a tough sell, I think.

I lusted after an Intellivision when I was like 16, but I was never going to get my parents to go for that. I played it a fair bit at a friend’s house.

But I don’t think I could go back to pre-1990 videogames. I loved the Ultima games as much as anyone back in the day, but I don’t want to play them now. Same for most of the arcade games I obsessed over.