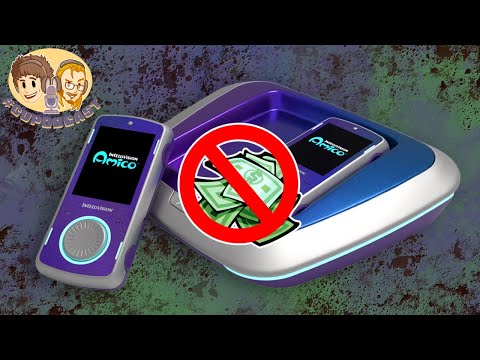 Deservedly so, I think. It’s the literal definition of bait-and-switch. 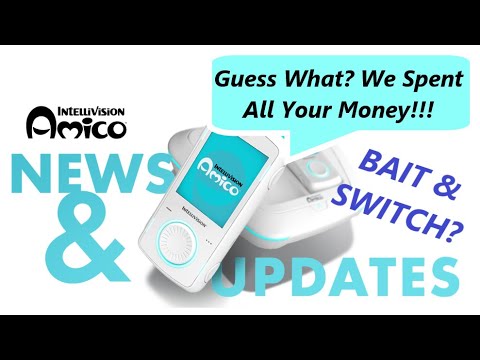 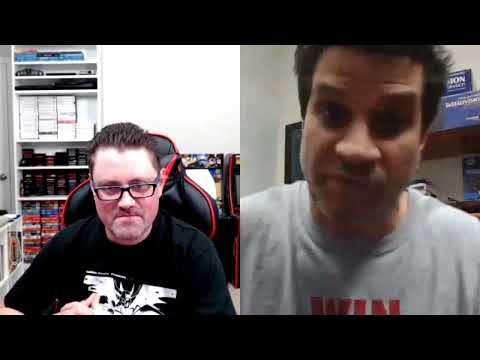 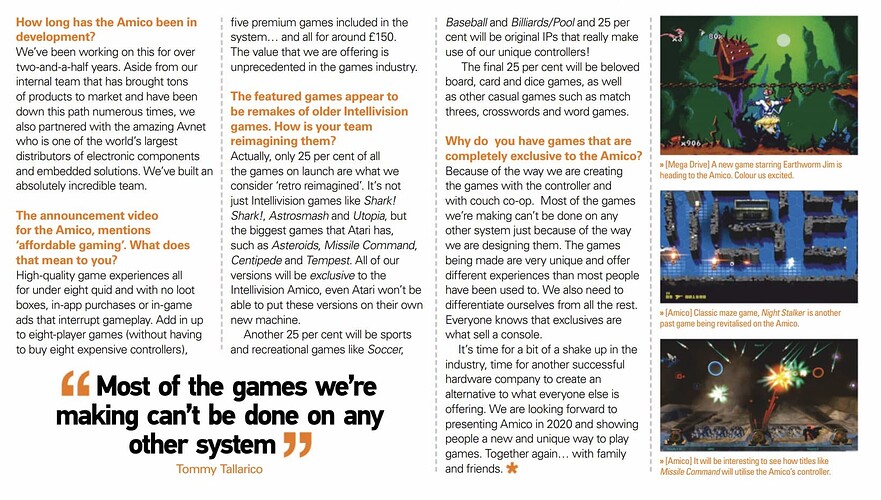 NARRATOR: Tommy fails to finish and release the console or any of its reheated garbage failed games from older failed platforms 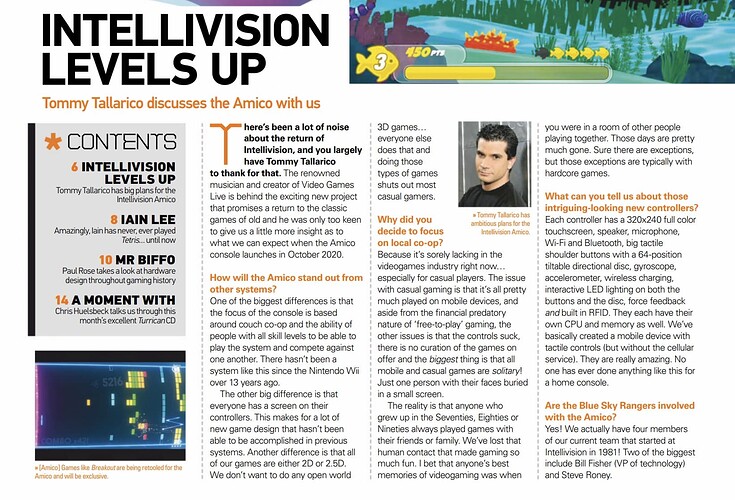 How can I be continually astonished at how much Tommy lied through all this?

Now that he’s been in hiding for more than half a year, some of the more loyal shills have implied that the man is seriously ill. They keep it vague, they don’t provide any details, because they just want people to stop questioning.

…some of the more loyal shills have implied that the man is seriously ill.

I would have no problem believing that, in a psychological sense.
Other than being a straight-up crook, it’s the only thing that could explain how far he took this.

I am reminded of a former employer of mine, a guy who I worked for from 1977 when I was a junior in high school until his bankruptcy in 1988. He had all these big ideas, and then would go to the ends of the earth to achieve them. His main business was a dry cleaners, which had been doing okay until he got all these big ideas.

It started small, with Herbalife, which is one of those pyramid schemes. All of us employees were required to buy a starter kit. I asked what would happen if I refused, and he said, “You want to keep your job, don’t you?” We were also required to attend viewings of Herbalife hype films at a hall he rented out.

When that failed, he then got into video taping weddings. All of this while also running the dry cleaners, which I had been put in charge of. He rented an expensive office to run the video business out of, and used money from the cleaners to pay for it and all other expenses.

By the time that also failed, he was very deeply in debt, and getting desperate. There are other stories, but I’ll jump to the one that ended him.

Somehow, he got hooked up with a guy somewhere in the Caribbean that was going to loan him ONE MILLION dollars. The theory being that my boss could take this money at a low interest rate (because the more money you borrow, the less interest you pay) and then loan it out to other people for a higher interest rate. He had done all the figuring on paper, and came to me all excited one day saying that this was going to save our company. I mean he was so happy, he was waving his figuring paper around and sweating. Basically, he would be starting a bank as a side-business.

The only thing was, this guy in the Caribbean needed $50,000 to show his higher-ups that my boss was earnest.

So my boss went to Norwest Bank (now called Wells Fargo) in Bismarck (we had a Mandan branch right in town, but he needed a big-wig he told me) and actually talked a loan manager into loaning him the money for this purpose.

My boss sent the money directly to the guy in the Caribbean, and then sat and waited for the million dollars to come. I was in my 20s in the 1980’s, and even then without any knowledge of how scams worked, knew that this was bullshit. All along, I was expressing nothing but extreme skepticism, and telling him to please talk to a lawyer. His reply: “This will work. It has to work, or we’re done.”

Long story short: My boss went bankrupt, all his businesses closed, his employees (myself included) didn’t get paid for three weeks’ work, and the loan officer at the bank was fired.

So my boss went to Norwest Bank (now called Wells Fargo) in Bismarck (we had a Mandan branch right in town, but he needed a big-wig he told me) and actually talked a loan manager into loaning him the money for this purpose.

Now that he’s been in hiding for more than half a year, some of the more loyal shills have implied that the man is seriously ill.

Like COVID ill? His Tacoma VGL concert seemed to go off without any complications.

No clue. I don’t like boosting their signal, and for all I know, it’s just trolling, but this is what they said. They’re not reliable or trustworthy but they’re consistently loyal to the lost Amico cause. 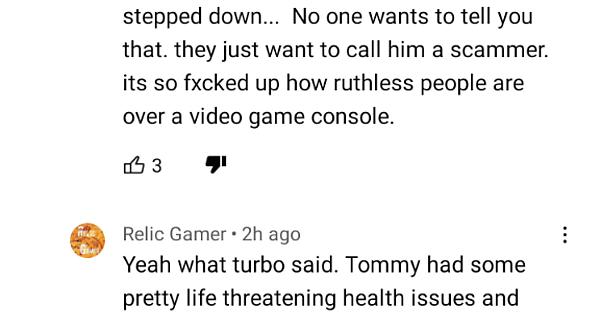 I honestly thought this was going to end with him being tied to a cartel laundering money.

I was hoping for a Ferrari crash at least like Gizmondo 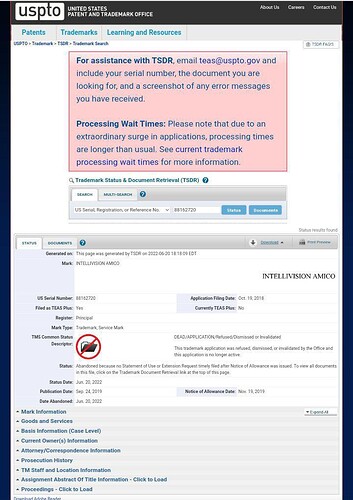 I honestly thought this was going to end with him being tied to a cartel laundering money.

If he could have made that work for him, I believe he would have done it.
Oh, and I left out that his wife of 20 years divorced him. Not because of the bankruptcy, but rather because he had also been using the money she made as an RN to fund his various schemes, and she finally had enough.

Wait what?! Are you serious? Tommy’s wife divorced him recently?

No, @aeneas was responding to my story about my former boss, and I responded to that.

I should have made that more clear in my last response, sorry. It’s especially confusing because my former boss has more than a few things in common with Tommy. Mainly that they are both delusional, and want to get rich no matter who else has to suffer.

But I know nothing about Tommy’s marital situation. If he is married, I wouldn’t be at all surprised if the relationship is somewhat strained.

Tommy and Shannon (18 years younger) would have their 5th anniversary in September.

Their honeymoon was crowdfunded, because why not 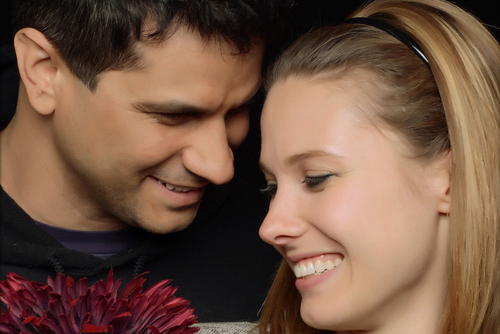 Hello friends and family!, We will be having our dream wedding in Tuscany, Italy very soon... September 9, 2017! So many people have been asking us about a Gift Registry. We're very fortunate to already have a home full of everything we need, so...

I’d be embarrased asking people to pay for my honeymoon. I guess other people do it too.

I don’t know, that doesn’t bother me so much. I can understand the idea of saying “if you want to give us a wedding gift, instead of giving us an ice cream maker we’ll never use, how about helping us create lasting memories on our honeymoon.”