Did anyone else catch this on Shudder? I only heard about it because of complaints on Twitter that the stream was breaking. I watched the “Sleepaway Camp” episode on Twitch and got hooked and grabbed a trial sub.

So far we’ve watched about half of the 24 hour marathon, and it’s pretty amazing IMO. I used to watch Monstervision a little bit back in the 90s, but not enough to call myself a die-hard fan or anything.

I’ve not seen most of the movies from this marathon, but even when they’re not up my alley, I love hearing old man Briggs talk about them and rattle off trivia.

I don’t have Shudder and only vaguely remember Monstervision from when I was a kid, but he seems like an awesome guy.

Anyone with any interest in the genre would be well-served to pick up his books. My buddies and I couldn’t exactly explain why we liked these movies until Joe Bob expressed his similar sentiments so eloquently in his reviews. I don’t really have any interest in watching these movies any more, but it might be rekindled if I were to reread his books.

That’s awesome, I pretty much consumed Joe Bob Briggs’ books growing up, until I was able to actually watch the movies he would show. He was a great champion for these lower budget flicks. Don’t think I’ve heard of Shudder though, I need to look into that.

I’ve not read any of his books, but I’m looking now. Thanks! Although hopefully they’re easier to find than on Amazon. Those markups are pretty insane.

I loved Monstervision years ago, but yeah, $200 for his books is a bit much!

I kinda figured there would be more when the site broke because of traffic, but now it’s official.

Due to overwhelming demand, we’re bringing @therealjoebob back later this year! Stay tuned for details - the drive in will never die!” https://t.co/8HQ6l5zBhT 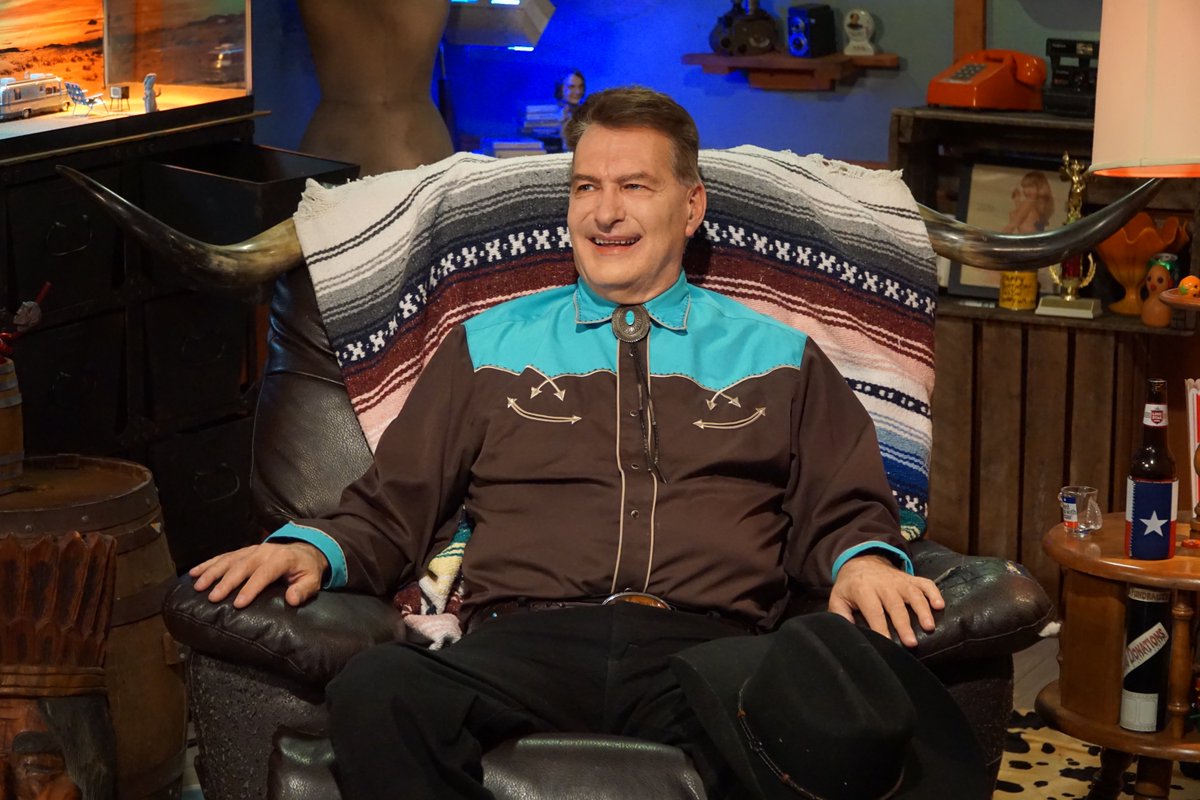 We’ve almost finished the full marathon. So far Sleepaway Camp and Reanimator are my favorites.

Ha, they’re bringing him back because he basically brought down their service -

Shudder bringing back Joe Bob Briggs after his recent marathon crashed its...

Joe Bob Briggs, horror’s resident good ol’ boy, literally broke streaming service Shudder when he commandeered the platform earlier this month for a live B-movie marathon. It was supposed to be a one-off appearance, but Shudder has announced that the...

This stream crashed the internet. Joe Bob says check it out!

Newcomer to Joe Bob here. Caught the Christmas Phantasm marathon and have been hooked ever since. The new show on Friday nights is off to a good start, CHUD + Castle Freak with the amazing Barbara Crampton as the first live guest.

Excited for this Friday’s double feature.

If you haven’t had the opportunity, I recommend the first marathon especially. You genuinely get the impression that he felt it was his last hurrah(hence the title), and it very much comes off that way.

The newer shows/marathons have been really great as well, but I still have a special place in my heart for that marathon.

Yes, I agree completely. After the Phantasm marathon I went back and did the first one, and then the dinners of death one. First one was very special.

Awesome. This show is the whole reason I’ve stayed subbed to Shudder for the last year(ish). I’ve considered it the Joe Bob Patreon.

That being said, I’m getting pretty interested in the new Creepshow now, and occasionally I’ve been using the service to hop down a few ‘Last Drive-In’ inspired rabbit holes of different kinds of horror, so it certainly has some value beyond that.

That’s a great way to look at it.

I was a shudder lover prior to Joe Bob, but he’s made it essential for me and my wife. We’re the kind of people that love having horror movies on in the background when we go to sleep or just hanging around the house and such.

Having a Friday night double feature to look forward to every week is just so good.

Anyone with any interest in the genre would be well-served to pick up his books. My buddies and I couldn’t exactly explain why we liked these movies until Joe Bob expressed his similar sentiments so eloquently in his reviews. I don’t really have any interest in watching these movies any more, but it might be rekindled if I were to reread his books.

They are all physically obscenely expensive.

Yeah, the publishing rights to those must be in some kind of limbo-hell. I’d buy them right away if they weren’t so expensive, and I’m sure I’m not alone.

Joe Bob will always be part of my childhood.

“23 bare breasts, 15 dead bodies and an angry monkey with a chainsaw”

The “stats” thing always stuck with me.

You forgot how many buckets of blood!

All the double features have been solid so far:

It’s a good mix of stuff I’ve seen, and totally bizzaro stuff I had no idea existed.

Some of the monologues have been tedious, but for the most part (especially when he sticks to talking about the movies) it’s been great.