The Lord of the Rings, an Amazon joint

I love Tolkien but a lot of his work and themes are riffs on creaky half remembered dark-age mythologies, outside of his core material. The stuff about Numenor is almost painfully derivative. Sometimes though he stops being a philologist and becomes a great writer.

His stuff with Hobbits is one moment - even if they were just off the top of his head and not grounded in any kind of deep mythology, Hobbits as these genial rustic half-sized English civilized country folk is now a timeless invention. My favorite scene in the Silmarillion is one that reminds of a lot of C.S. Lewis. Earendill reaches “heaven” on a mission to appeal to the demigods to save the world, and finds it empty. That was probably the finest moment in the book. Well, and maybe the implication that god bent the world into a sphere from a flat surface to cut off the Havens from the rest of the world. That was an awesome bit of Imagineering.

Isn’t there a cartoon about the Hobbit that’s pretty good? It’s been many years since I watched it though, so maybe it’s not as good as I was picturing.

Isn’t there a cartoon about the Hobbit that’s pretty good? It’s been many years since I watched it though, so maybe it’s not as good as I was picturing.

Hey back in the 70s we were starving for Tolkien adaptations so the Rankin Bass stuff was pretty, pretty good. Way better than Ralph Bakshi’s awful rotoscoped derivatives.

And who could forget the songs?

I wish I could…

I also think there’s a number of good fantasy book series out there that could work as the basis for a series without the baggage of the Jackson movies. Wouldn’t cost an “arm and a leg” to license them either.

So what exactly would a Middle Earth series look like if not a retelling of The Hobbit or Lord of the Rings? An anthology that pieces together the various stories from The Silmarillion? A sitcom styled after “Cheers” centered around the exciting life of Barliman Butterbur and his Prancing Pony Inn?

I also think there’s a number of good fantasy book series out there that could work as the basis for a series without the baggage of the Jackson movies. Wouldn’t cost an “arm and a leg” to license them either.

I loved that cartoon as a kid and still love it. Great animation, music and it did not string it along too long like the Jackson movies did. I still enjoyed the Hobbit trilogy despite the flaws. It’s just… it could have been great, should have been and it wasn’t.

What you are calling baggage is exactly why its so expensive - its branding. We are already talking about it. Everyone knows it, and that is all that matters.

Yes it would get lots of attention and initial viewing. Then it would be compared to those. I wouldn’t want to make a TV show that tries to reimagine the LoTR trilogy which where huge critical and box office successes.

That upfront payment for the license is insane. No way even Amazon, desperate as it is, would touch that. Given that you’d need a $100 million production budget just for the first season of episodes, you’d be investing $400+ million in licensing, production and advertising for a single season of television…with the possibility of more should it be a success. That’s a huge gamble.

Also, as others have mentioned, what do you DO with the license? You could attempt to remake the trilogy, but man, that seems crazy given what a critical, commercial and fan success those movies were. Plus, everyone already knows the story now, even people who never read the books have likely seen the movies, especially since the trilogy is literally running on a marathon somewhere on cable every other weekend (it was AMC this past weekend).

I suppose you could try telling new stories in the Middle Earth universe…maybe have your main characters be characters who were involved in the original story (Elrond, Faramir, Eomer, etc.), and now you’re expanding the story based on their viewpoints and experiences? Or you could go backwards in time and tell stories of the wars long before the events of the trilogy…but honestly, would people watch that? If you’re looking to make something that competes with Game of Thrones, it can’t just be a stock fantasy adventure series, it has to have maturity and a plot full of intrigue centered around characters the audience both loves and loves to hate. That’s a tall order for Lord of the Rings, where everyone is pretty much a paragon of Good or the monstrous embodiment of Evil.

After doing some more investigation, my theory is that this is primarily a package that was created solely because Bezos has made it clear that Amazon wants a Game of Thrones style series to give its streaming service prominence, and therefore it is likely to be willing to vastly overplay because of the larger macro considerations. Netflix is still in the running because they have to play defense since their huge threat is Amazon - and even if they can’t/don’t want to compete for such an exorbitant price, they may want to make sure that Amazon badly overpays, although that may be a Pyrrhic victory given the implications. HBO rightly views both as insane, and they already have a competitive brand that they can have already carefully developed and which they can leverage for future derivative series.

One thing I’m not worried about are the silly “not all characters are included” stipulation - that is just negotiating twaddle. Anyone who signs up to this deal will own everything.

It also further demonstrates that for all of the Tolkien Estate’s protestations that they objected to the movies, their dispute was always really about money and the fact that they signed a terrible business deal in the 70s - the real thing that irked them was not the movies, it was the fact that they didn’t have any rights over all the toys/games, etc. made from the movies. That said, no doubt Christopher Tolkien (and most authors) would have preferred rigid fidelity to the source material.

Is Seth McFarlane tied into this?

And who could forget the songs?

G!F!D! My years long period of forgetful bliss regarding that song are over. WAAAAAGH!

If they want a GoT style series in Middle Earth, just do The Children of Hurin. Plenty of action, sex, twists and confrontations, and even has a dragon and tragedy!

The Hobbit cartoon is fucking awesome and the songs in it are great. Honestly, some of the songs in the RotK movie Rankin Bass did were also pretty amazing. “Frodo of the Nine Fingers” and “Where There’s a Whip, There’s A Way” stick with me to this day.

We don’t want to go to war today! But the lord of the lash says nay nay nay! 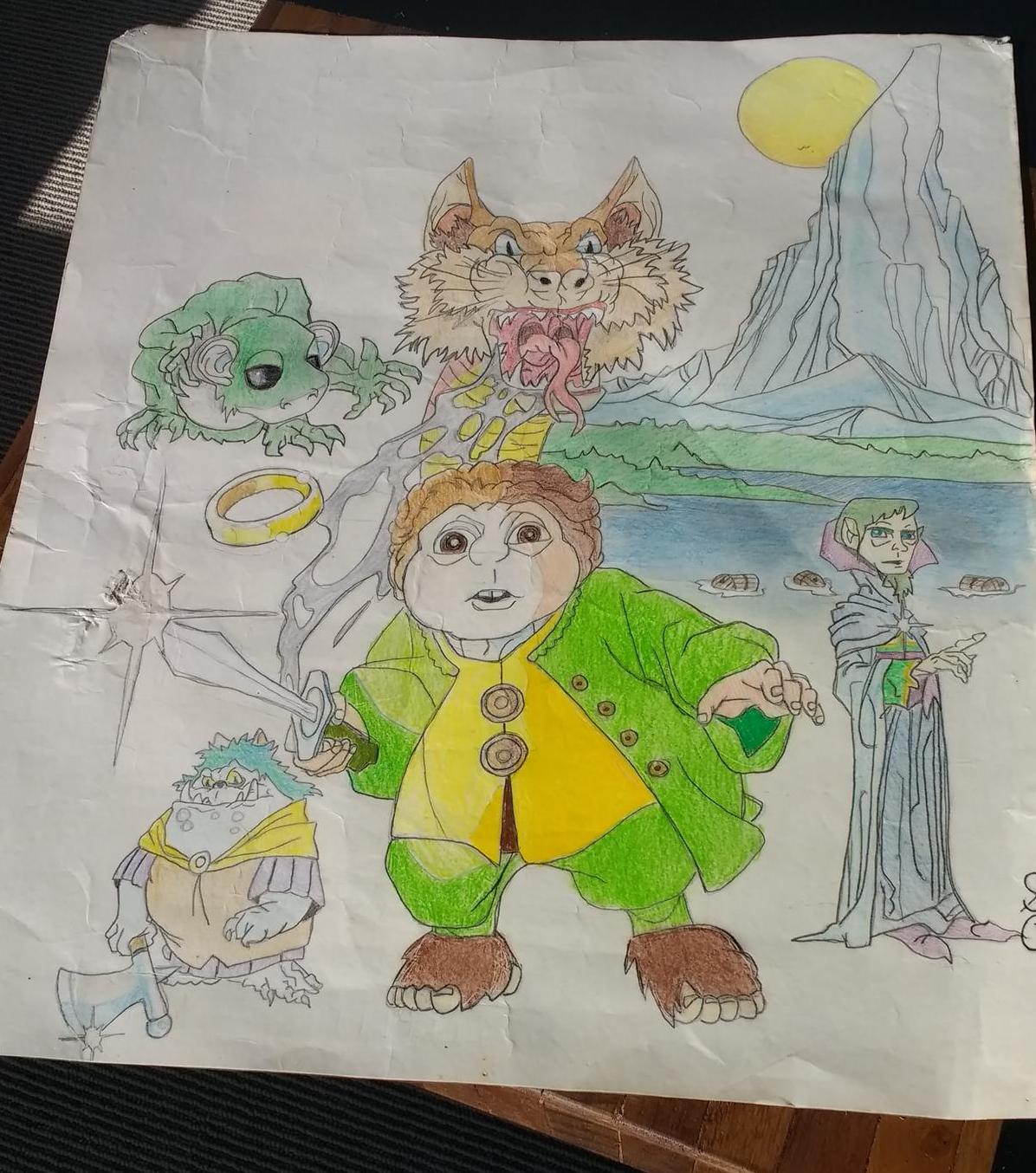