I went down the Skyrim modding rabbit hole a few times, mostly trying to keep up with STEP. It looks like it has gotten a bit better, but this article looks at where Skyrim modding is now. 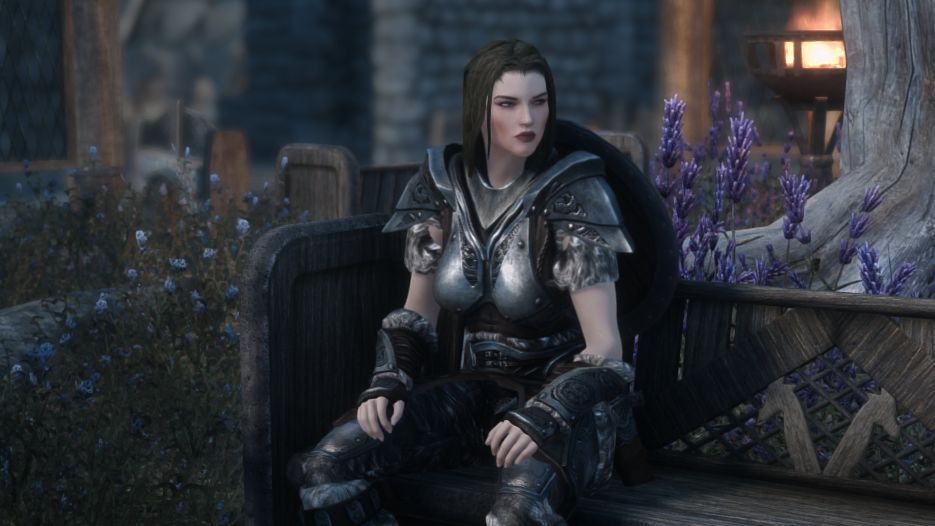 Thanks to Wabbajack, it's easy to make Skyrim almost unrecognisable—for better or for worse.

All in all, I have probably spent 2-3 times as much time modding Skyrim as I did playing it, which is fun in and of itself - getting a cool mod to work sometimes gives one the “Achievement Unlocked” feeling, but also leaves one kind of wishing they’d spent the time actually playing the game that they spent modding it.

Share your modding meta game stories. What other games may you have spent more time modding than playing? What mods resurrected an older game for your? How do you keep from going down the modding rabbit hole? A thread for all qt3’er modding stories, tips and tricks, I suppose.

The first game I remember that really opened me up to the idea of modding was Doom. Specifically, it was the Aliens TC by Justin Fisher.

One summer I found myself with too much free time on my hands and went through and edited just about every levelled list in Skyrim, as well as the equipment stats. I had three goals: (1) merchants with different inventory reflecting local industry, (2) consistent gear for NPCs depending on class or faction, and (3) weapons and armor that were equivalent except for one or two defining attributes.

It was a really heavy spreadsheet project and I made no attempt to balance it. I never bothered sharing it because compatibility would have been a nightmare.

But I did get to play it, and it was fun! I used it for a crafting heavy character, so a big part of the playthrough was traveling to different merchants and regions to find what I needed.

The old Marathon games released by Bungie were a lot of fun to mod.

I’ve been using mods for a long while, can’t remember where I first started playing around with. I’ll tell you, though, one game that stands out to me as really selling me on mods as nearly a must-have feature was Civilization 4 and the excellent Fall From Heaven and Dune total conversion mods. Those added just an absurd amount of extra mileage to an already great game. Around the same time there was also the excellent World of Warcraft UI mods which I think contributed to the games success.

In any case, mods are a really important feature in games for me. Users have been able to crowdsource so much content, game balance improvements, etc, it just makes my game purchases so much better. It’s one of the major factors that have A) kept me in the PC gaming ecosystem and B) kept me off the Epic Game Store. Glad to hear they’re integrating modding support into their store, although I worry about the modding scene being fractured between the two. I know Nexus Mods and ModDB exist, but they’re nowhere near as convenient as having it all integrated.

Also, it seems another benefit of mods is it has allowed a fair number of mod creators to get their foot in the door with the games industry!

I even bought Doom 3 on a Steam sale just for running a mod - The Dark Mod. I do wish they had had the original Thief levels instead of just new missions. I never actually went far in it.

Another game which I bought just for the mods (Steam sale again, 'natch) was Civ 4, and I’ve only played games with the Dune mod. It was ok, but sometimes I wonder if I should have given the main games a shot.

Doom. Specifically, it was the Aliens TC by Justin Fisher.

Man did I love that.

I recall installing a Beavis and Butthead mod for Doom or Doom II.

Hrm, let’s see. I guess I first dabbled with playing mods back in Doom but the first time I really started mucking about with these things myself was probably Command & Conquer: Red Alert. The rules.ini stuff was about simple enough for me to kludge around with and get some interesting results. Kinda funny how the core of some of those ideas showed up in the official expansion packs later on, though I guess the palette was somewhat limited and I doubt I was the only one to make a convoy truck explode as a nuke when destroyed. Though perhaps I was the only one that made the artillery units shoot a stream of dogs out.

Anyway, I dabbled a lot where possible but never massively committed to anything. Truth be told I was more into the playing side than the creating side plus, for a time, my creative whimsy was mostly satisfied by authoring various abominations in Klik & Play. Quake passed me by with a lot of playtime but I never took the time to muck around with it myself - though I remember being somewhat blown away that the famous reaper bot could fill in for a lack of internet connection.

Where I got substantially more involved was with the game which moved modding away from something only the hardcore nerds dabbled with into the spotlight of must-play experience: Half-Life. Counter Strike changed the modding landscape forever, and I certainly played a decent chunk of it on LANs (back when driving an extremely glitchy but hilariously fun APC through some maps was possible), but in all honesty my heart and soul belonged to Team Fortress Classic, glorious mess that it was.

I ended up getting into making custom weapon models for TFC that players could download and use instead of the stock stuff. I wasn’t exactly… prolific but I did produce a few high-quality models that I believe were reasonably popular. Unlike a lot of other stuff on offer they had the advantage of being created from scratch instead of being a model rip from some other game.

I’m kinda sad that this specific branch of modding seems to be dead - can’t sell that DLC skin if some rando chump can put one out for free now, can we?

Related story: I got a really… nice…? mind fucking…? surprise only a few months ago when I discovered - quite by accident - that somehow one of my TFC weapons had been ripped into some crazy Doom mod - Russian Overkill! Apparently it’s now called Rasputin.

From there I sorta naturally progressed into doing a bunch (most?) of the weapon models for Fortress Forever. Unfortunately life sorta fucked me around that time and I ended up just sorta dropping out before it got released. Never actually ever played the final product as a result either. :(