That looked pretty good, I’ll try to fit it in.

Note: Do not watch an episode of The Woman in the House Across the Street from the Girl in the Window followed by an episode of Archive 81. Unexpected interactions may occur.

Watched the first couple of episodes of Murderville. Enjoyed the first one with Conan and David Wain, second with Marshawn Lynch and Rob Huebel was a bit of a dud.

It’s a weird structure - there’s not actually much room for improv, and it plays out almost as a gameshow. I suspect the episodes with actual comedians will work better, but ironically it mostly depends on the strength of the scripted parts.

I watched half of the Conan episode and switched off. It just seems too scripted and like you said, the stuff he needed to improvise wasn’t great. Would have preferred a more “straight” stagey type variation of this, where there were fewer scenes and more “space” (both literal in terms of staging and shooting and figurative in terms of a narrative) for the guest actor to actually play the role of a detective.

A long time ago, but I hadn’t thought of that lately at all

I came to this thread to see if I should stick with the Woman/Window show, but LOL’d to this. Nicely done.

This is why these catch-all threads are bad. We have a whole thread on Murderville and it was updated more recently than this one. 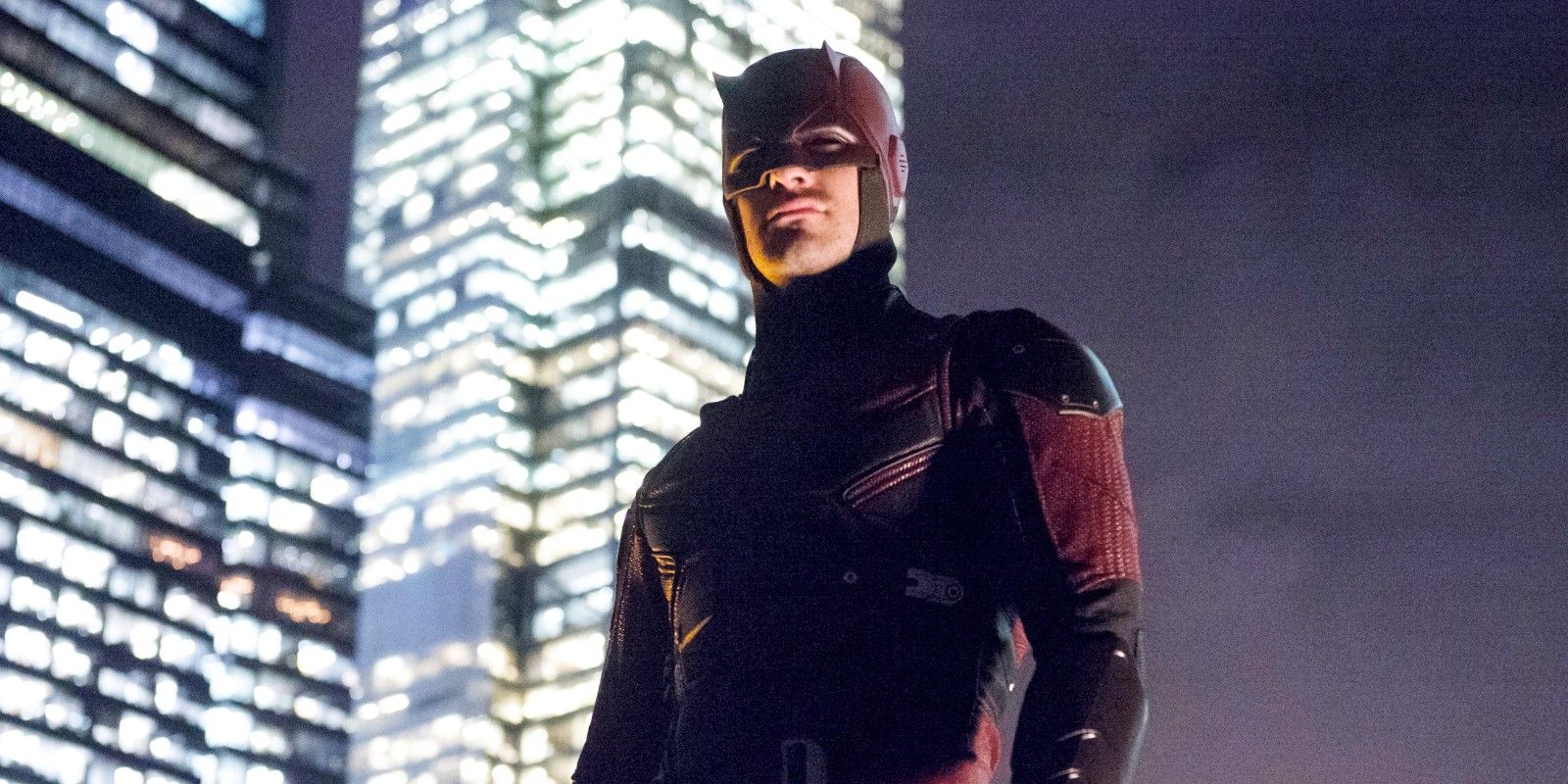 All MCU Netflix Shows Leaving The Site Next Month

I wish they’d just release them on Blu-ray.

That’ll be a weird kind of limbo – where Netflix owns the actual produced shows, but doesn’t own the IP rights to allow them to air the series. And I think it’s not necessarily a slam-dunk that they ever sell the completed and produced shows – or more likely the rights to air them – to Disney. I mean, maybe for sure, especially in an exchange deal perhaps. But it’s still going to maybe be an odd state of being for those shows.

That’ll be a weird kind of limbo – where Netflix owns the actual produced shows, but doesn’t own the IP rights to allow them to air the series

Netflix doesn’t own the rights to the shows, just the rights to show them for a certain period of time. The shows were produced by Disney (well, by Marvel Television/ABC) who now owns both the characters and the literal shows themselves.

That’s typical for lots of TV shows: a production company owns the underlying rights and licenses out the rights to air the show to a network or streaming service (who typically has exclusive rights to renew.) Then eventually the rights revert to the production company (usually after cancellation); they then shop the show out to syndication (back in the day) or to other streaming services.

In other cases, the network/streaming service does own the underlying show. And in still others it’s a weird hybrid, e.g. the CW DC shows - WB owns the shows, but not quite literally the CW (which is a joint venture between CBS and WB.)

I restarted Ozark from the beginning as I kinda wait to watch both halves of the final season. I was just praising Julia Garner last night. Now this… 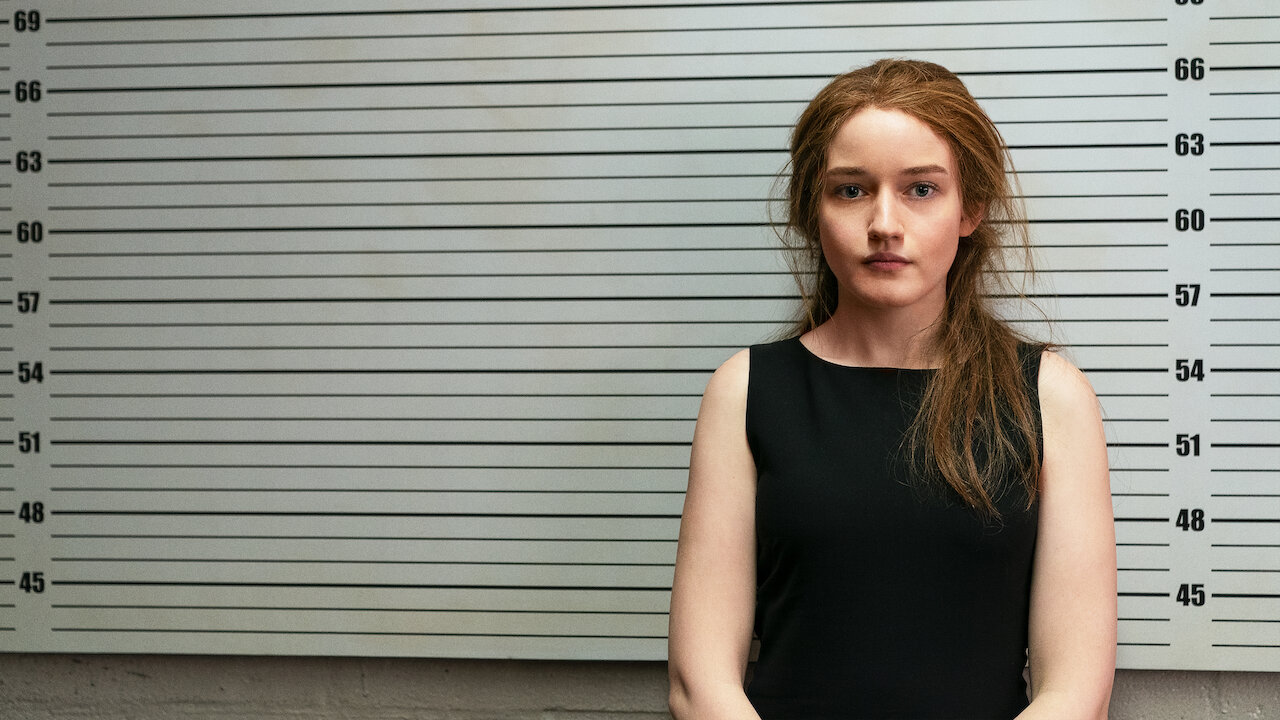 Audacious entrepreneur or con artist? A journalist chases down the story of Anna Delvey, who convinced New York's elite she was a German heiress.

Argh, literally watching Daredevil for the first time at the moment (prompted by Kingpin turning up in the Hawkeye series). Guess I have a few weeks left!

There was a third season of Daredevil, wasn’t there? I really liked the first two (the second was the one where The Punisher shows up, right?). I think I heard the third one was kind of lame–that they did what GRR Martin did with the fourth ASoIaF book (A Feast for Crows) and suddenly you meet this whole new guy who you’ve never met before and you don’t learn what’s going on with the characters you care about. Was it that bad (not that I have time to watch it, honestly)?

In other news, I gather that the next installment of Disenchanted is up. I’ve enjoyed it so far, although it’s forgettable fluff. Really need to finish watching Big Mouth and start the next season of that Ricky Gervais show.

The third season of Daredevil is quite strong IMO. The new character actually gets integrated into the show in an excellent way IMO. My biggest beefs with the third season are what I consider retcon-levels of changes to the Kingpin’s criminal empire, but that sort of thing is pretty common. Like all of the Netflix-Marvel shows, it’s a few episodes too long, but overall quite good. Better, IMO, than season 2. I rate the Daredevil seasons, on the 1-10 scale as: 9,7,8 (Excellent, Good, Very Good).

I’m going to stop watching because there are too many cruel people. There’s bullies, abusers and they don’t die like they should.

The shows were produced by Disney (well, by Marvel Television/ABC) who now owns both the characters and the literal shows themselves.

I read an article about this and it is true. The full rights to both the characters and the shows revert back to Disney on March 1st. The article also stated that while its doubtful the shows will appear on Disney Plus because of their more adult/less family friendly nature Disney has every intention of finding them a platform for streaming. So these shows are not going to just disappear, they will be available somewhere and probably fairly soon.

Personally I would assume D+ because that’s where all the other Marvel stuff is, and IMO they’re not that much more adult than things like Wandavision and Falcon and Winter Soldier. (Well, maybe Jessica Jones). But I’d certainly be happier if they ended up on Hulu, which is the other service Disney owns.

I restarted Ozark from the beginning as I kinda wait to watch both halves of the final season. I was just praising Julia Garner last night. Now this…

I’d never heard of the show until I read this article during lunch.

The former ‘V.F.’ staffer, who was conned out of $62,000 by Anna Sorokin, questions Netflix’s decision to pay the proven criminal more than $300,000 for her life rights.

I’m beginning to think (4 episodes in) that while Juliia garner is amazing, the show inventing Anna is heavy handed hot garbage.

I’d never heard of the show until I read this article during lunch.

A bit surprising, it is been trending in the top 3 on Netflix all week.

I just finished the 9th and final episode. I’m not surprised at the popularity, I am surprised at the mediocre reviews. This is not great TV but, it is very watchable, a lot of fun at times, and quite addictive in the same way that Anna was addicting to her circle of "friends’

Julia Garners is really the co-star. The show star is the journalist, who I liked quite a bit. Each of the episodes is told from the POV of one of the central figures in the drama. It could be a good device, but they really missed doing a good job showing how the different characters perceived the same event.

I found, all of the episode pretty even in quality, except for the last one which was a mess. So if you don’t like the first episode or two, you know what to expect.

Each episodes of Inventing Ann starts with a statement that everything in the story is completely true, except for the parts that are completely made up.

The one thing, it did make me realize is how great a miniseries would be about Frank Abagnale. The con man in the Tom Hank/Leonardo DiCaprio move “Catch me if you can”