The next Hugo winner is...

Jemisin won best novel the last three years. We all know the political mess around the Hugo. I haven’t read the book yet, but I bought it right when it came out because it seemed excellent, and I’m sure it is.

My opinion is that it was a case of “killing two birds with one stone”. I suspect Jemisin wouldn’t have won, three years in a row and with a fantasy trilogy, in the usual circumstances, but she happened to be in the right place at the right moment. It was a perfect occasion, to promote and reward a black woman writer matched with a great book. And if the quality is there then there isn’t much to complain. Send a political message while celebrating and promoting diversity.

But if it was the perfect opportunity for Jamisin, this time it looks like the perfect storm. Marlon James is a black, gay man who recently won the Man Booker prize, and now decided to write the “African Game of Thrones”… Airdropped by the likes of Neil Gaiman from the high bastions of literature down to the low and modest fantasy genre, waiting for the messiah to bring the light.

All the reviews I read are gushing with praise to the point they read like parodies, but I have no reason to doubt the book is absolutely excellent and that’s why I bought it right way. And my bet is that this will be Jemisin-2.

But even more funny was the namedropping…

We have African Game of Thrones. Alright. This is also mostly acceptable since it’s Marlon James himself to explain his intent.

(well, well, to be entirely correct he isn’t comparing this book to Tolkien, but to a Tolkien-like specific feature, that of a well realized and solid worldbuilding.)

That’s a classic, but do you think it stops there?

This is the New York Times, now it’s literary equivalent of the Marvel Universe, just one step away from Middle-Earth.

…What is wrong with people?

Alright, this one is the same that goes with Marvel Comics.

Of course it wasn’t enough, better add some more names. I cannot even blame that title, it’s designed to be outrageous for a reason.

But finally we come full circle back to Gaiman, because on the back of the actual book there’s a more complete blurb, and of course he didn’t stop at namedropping the obligatory Tolkien…

I couldn’t find a picture of the backcover and I cannot take it myself right now, but the quote is all over the place.

“Black Leopard, Red Wolf is the kind of novel I never realized I was missing until I read it. A dangerous, hallucinatory, ancient Africa, which becomes a fantasy world as well-realized as anything Tolkien made, with language as powerful as Angela Carter ‘s. It’s as deep and crafty as Gene Wolfe , bloodier than Robert E. Howard , and all Marlon James. It’s something very new that feels old, in the best way. I cannot wait for the next installment.”
—Neil Gaiman

This is the list of what the book has been associated with:

I haven’t really dug into this, it what is shown right away on the Amazon page of the book. I’m pretty sure more can be found.

It’s all quite silly. Taxonomy goes to the slaughterhouse.

Oh boy. If you’re going to get this fired up at every overwrought comparison found in enthusiastic pop-literature reviews, I suggest you invest in some low-sodium cookbooks.

So satisfying when forum memes are reinforced.

The Hugos, isn’t that the annual fight between FurrykinQQA+ and the Union of Racist Sexpests?

Oh boy. If you’re going to get this fired up at every overwrought comparison found in enthusiastic pop-literature reviews, I suggest you invest in some low-sodium cookbooks.

How will the Sad Puppies feel about all this?

Oh, yes. You’ve won more than you bargained for. 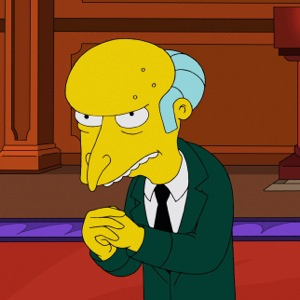 Really? Now a fella can’t even upload an image of Monty Burns to Qt3?

I see it! Truly I am a winner.

Let me know when they start name-dropping videogames.

I heard an extended interview with James last week. He certainly comes across as very bright, funny, down to earth and Jamaican.

I haven’t read the book, but it only won because the author is a black woman. I haven’t read this latest book either - but I sure do have opinions on people who read it!
With insight like that, you could be in the opinion page of any major newspaper!

So satisfying when forum memes are reinforced.

Don’t know if this is part of the forum meme (HRose being wrong), but he was wrong. It’s a shame, the book he described sounded cool, but the actual nominees don’t include it:

I read these two a few months back, both are pretty interesting. The authors are on my watch list.

When the nominations were announced I downloaded a sample of each onto my Kindle and have been working my way through them. I am halfway through the sample of The City in the Middle of the Night. They’ve all been interesting and I think as a result of reading the samples I’ll probably get all of them and read them, even though they’re way above my normal book target price of 2 bucks.

“A Memory Called Empire” did not thrill me. Where is Locke? And BTW what is “the light brigade” --please tell me that is not some military sci fi … ugggh.

It’s very military sci-fi. But it has a pretty novel premise. If you’re curious, you could check out her short story, which is what she used to help develop the novel.

Charlie Jane Anders - The City in the Middle of the Night

This is the only one on the list I’ve actually read. And it was ok, but not as good or as madcap as her All the Birds in the Sky. I feel like there were better SFF books last year: Bardugo’s Ninth House, North’s The Pursuit of William Abbey, Chambers’s To Be Taught, If Fortunate