Who knew that a threat to one’s life was a cure for onset of dementia/Alzheimer’s?

Just imagine if it wasn’t getting a 2nd season.

The problem is, there ain’t much left for a second season; at least, not in this plot.

Maybe they just do 8-10 episodes whenever they are able?

My friend: “this is crazy; I’m really curious about episode 8!” Bad news…

Even if the ending wasn’t the best, I like the chemistry between Lithgow and Bridges.

I was excited for this one as I’m a huge spy fiction fan. What a disappointment. This show is hot garbage. The first episode was decent and I was intrigued. Episode 2 was a little shakey but I was still willing to give it the benefit of the doubt. Boy, I was dead wrong. Episodes 3, 4 and 5 were truly, truly awful TV. Ridiculously plotted and with terrible dialogue. I gave up after episode 5. Why am I suddenly watching some divorcee drone on about her love life. This idiotic romantic subplot seems so forced. There was a scene where the Old Man and the divorcee get stopped by the cops and the Old Man has a daydream where he ends up shooting her. I want to watch that show - it seemed far more interesting than what we ended up with.

You know we can hear you, right?

So I decided to check out some of Leem Lubany’s past work, and that includes Condor, a short-lived CIA thriller that aired on the short-lived AT&T Audience. Yeah, I’d never heard of either. But apparently the show is an adaptation of Three Days of the Condor.

And, holy shit, this show is incredible! It’s crazy that there’s not a single peep about it on this forum; then again, no one in the world actually got to watch it. But it’s got everything we love. We’ve got terrorists, intricate plots, wet work, and lots (and lots) of Leem Lubany. Seriously, it’s got me far more engaged than The Old Man ever did.

The production values are impressive (lots and lots of location shooting in DC), and it’s also got a great cast, including Max Irons (son of Jeremy), the late great William Hurt, Bob Balaban (eerily mirroring Joel Grey in The Old Man), Mira Sorvino, and Brendan Frasier. Check it out if you can. I’ve got the DVDs from Netflix, but it does appear available on several streaming services.

Oh, shit, it turns out Condor was renewed for a third season by Epix!!!

Thanks for this, will try to check it out.

Hey, good call! It’s on Xfinity for free, looks like. At least, season 1 looks free and possibly season 2. I’m going to check it out. Thanks for the head’s up.

But apparently the show is an adaptation of Three Days of the Condor.

When Robert Redford avoids death in Three Days of the Condor, he’s gone out for lunch. The Lexington Candy Shop where he went is still there, having survived Covid with surly counter service and questionable toilets intact. One of my favourite spots :) 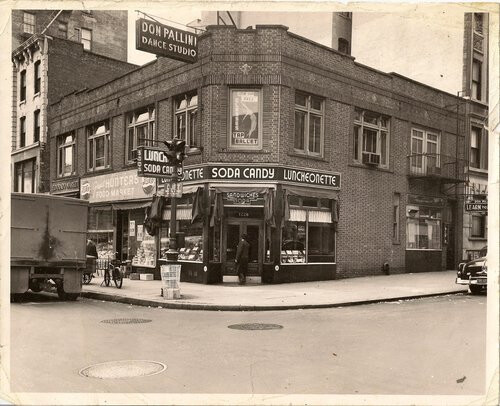 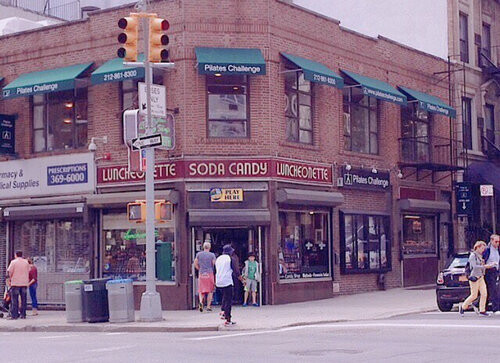 I’m interested in this show. My question is whether it would be worth reading Six Days of the Condor first. I’ve already seen the Redford movie.

I have a somewhat different take on the Condor series. I’ve read the original Six Days of the Condor (excellent, an espionage classic) and also seen the Robert Redford movie Three Days of the Condor (also excellent, also classic). In comparison to those I felt the series was a disappointment. Not as tight, it showed too much (lots of filler IMO), had antagonists that were IMO not that competent or menacing, and just in general left me cold enough to bail after 3 episodes. Leem Lubany is talented but I felt she was wasted in the show.